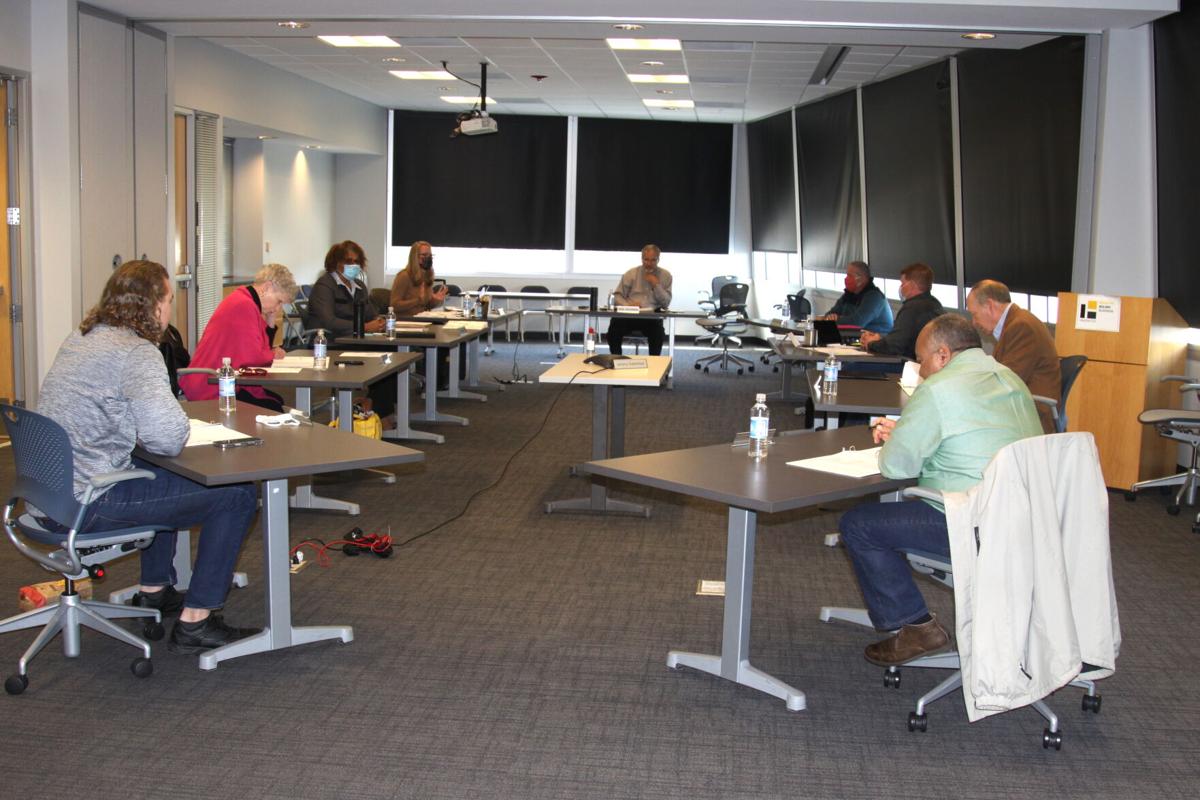 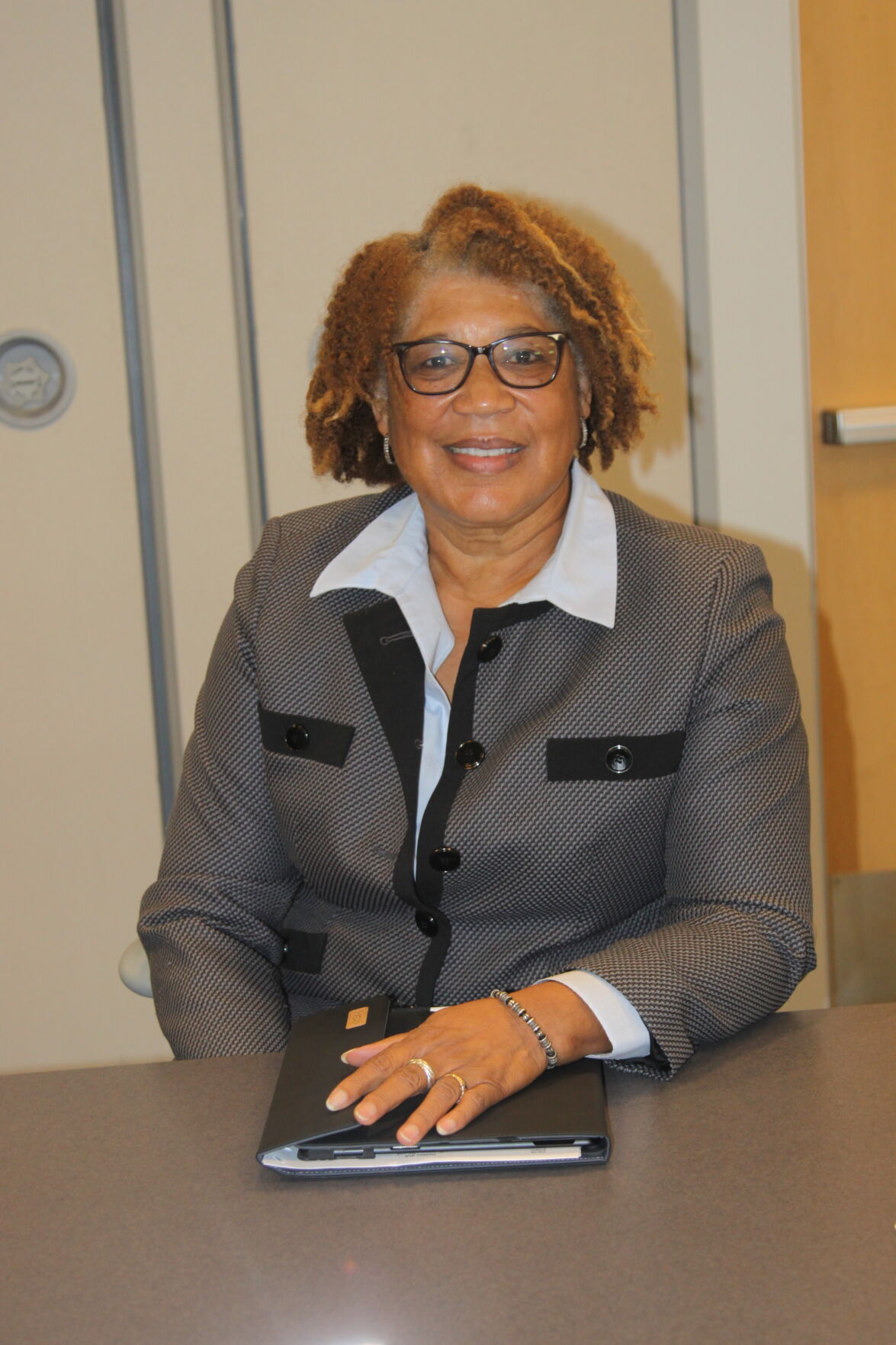 Mattie Cowan has served eight years on the Halifax County Industrial Development Authority’s board of directors. She did not seek re-appointment to another four-year term, and Friday morning’s IDA meeting was her last meeting as a board member.

The Halifax County Industrial Development Authority’s board of directors in a Friday morning meeting voted to execute a sale agreement for a parcel of land on Fan Park Drive in a small industrial park in South Boston.

The IDA is selling the 3.67-acre unimproved lot to South Boston Holdings, LLC for $35,000. Board member Rick Harrell made the motion to execute the sale agreement, and the board voted in favor of the sale agreement.

Mike Davidson, interim executive director of the Halifax County IDA, said the company purchasing the lot on Fan Park Drive, which is listed online by the name of Woodcraft Company, has a wooden pallet-making operation adjacent to the lot they are purchasing and plans to expand their operation. The parent company, Olympic Forest Products, is based in Cleveland, Ohio.

“They need to expand their business, and they have run out of space. They will put another building on that lot (they are purchasing),” Davidson explained. “One of the reasons the IDA was willing to accept their offer was because it helps an existing business be able to expand.”

Davidson said the company’s initial expansion of its operations would create only minimal new employment opportunities, but he anticipates the company’s continued growth and development will create a need for additional new jobs.

Simpson said he believes that will foster greater communication on projects between the two boards and will get more “sets of eyes” on project proposals.

He also said he anticipates the committee will give the board of supervisors more buy-in on projects that will impact Halifax County rather than hearing about those projects for the first time just before taking a vote on them.

After a brief discussion by the board, IDA board chairman Robert Bates concluded that the board was agreeable to Simpson’s suggestion. The board tentatively plans to form the committee in the next couple of months.

A new face joined the IDA board at Friday’s meeting, while one member sat in the boardroom weighing in on decisions one final time.

The board bid farewell to member Mattie Cowan and thanked her for her service. Cowan, who has served two four-year terms on the IDA board, did not seek re-appointment to another term on the board.

Cowan said she felt it was time for her to move on and hopefully make way for a young person to fill her spot on the IDA board. She wished the board well in their future endeavors.

“I wish you the best, and I pray that our county will be successful because of your actions,” Cowan told the board.

Board member Harrell thanked Cowan for her “diligent” service on the IDA board, which he said is “sometimes a thankless job.”

Board member Jeremy Satterfield, who joined the meeting remotely via phone conferencing, also expressed his appreciation to Cowan for her service to the community on the IDA board.

“I have learned an immense amount from Mattie over the last couple of years,” Satterfield said. “To see her work in action, her devotion to the community…has just been amazing. Mattie, you will be greatly missed.”

Chairman Bates thanked Cowan not only for her service on the IDA board but also for her overall service to the community.

“Not only do you do this, but you do a lot of other things in the community,” Bates said. “Mattie, I’ve learned a lot from you, appreciate working beside you and looking forward to working with you in the future. In some endeavor, I feel our paths will cross again.”

While Cowan sat on the board for the last time Friday, Jeremy Catron attended his first meeting as an IDA board member.

Catron is the plant manager at Huber Engineered Woods and has served on the Halifax County Chamber of Commerce’s board of directors. The Halifax County Board of Supervisors appointed Catron to fill the seat on the board left vacant by former board member Brandon Scearce.

“It was made known to me that there was an opportunity for this appointment, and I offered my services,” Catron said. “I welcomed the opportunity to serve this board and this community.”