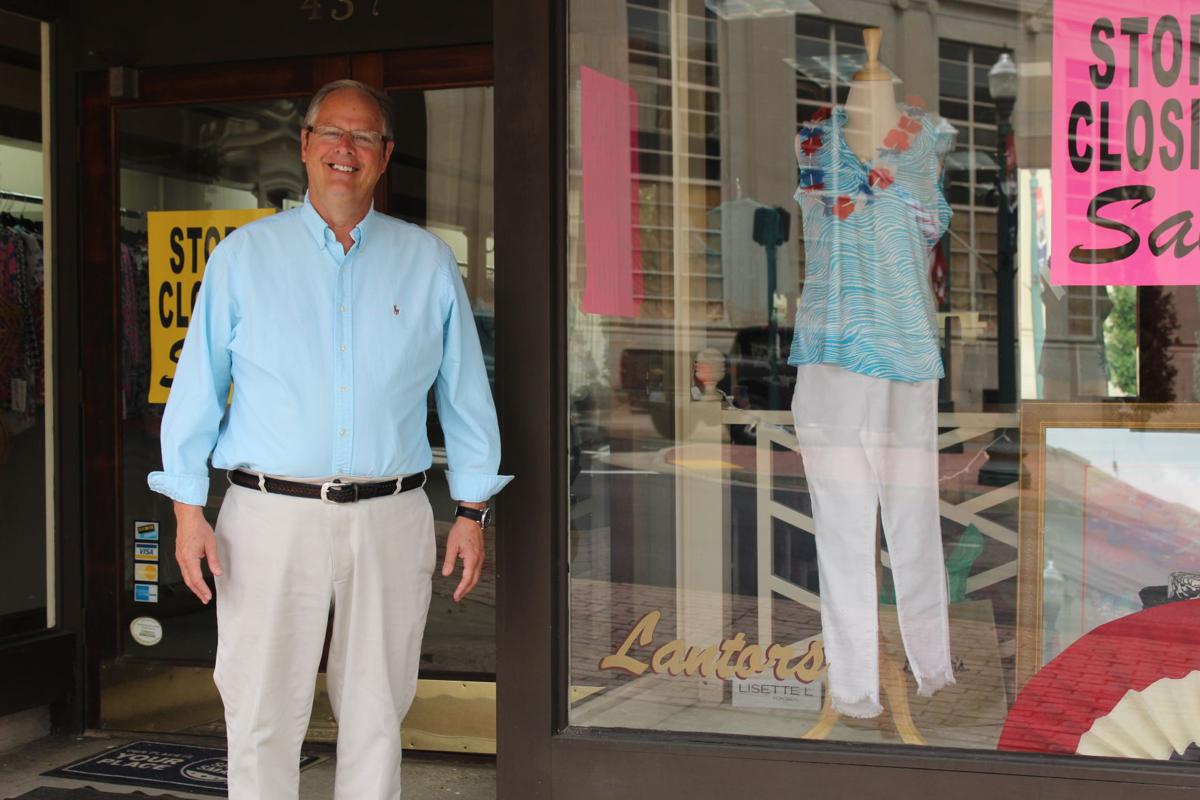 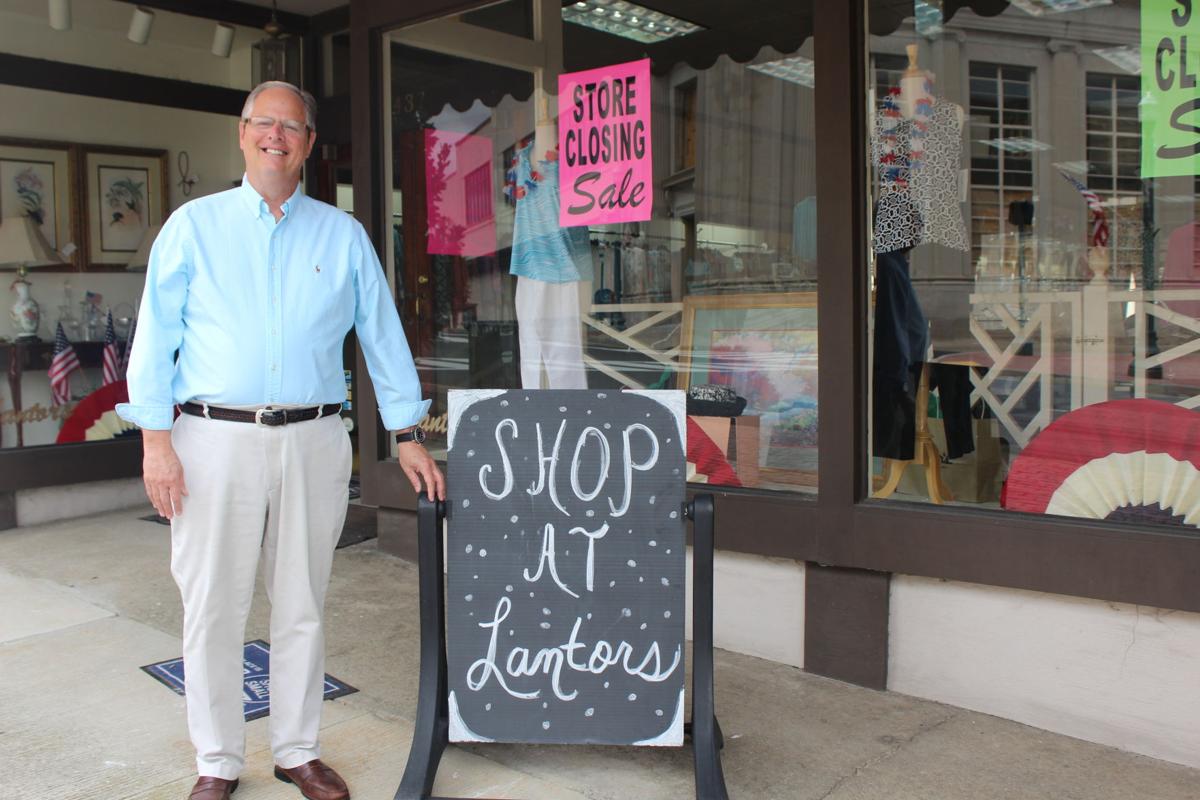 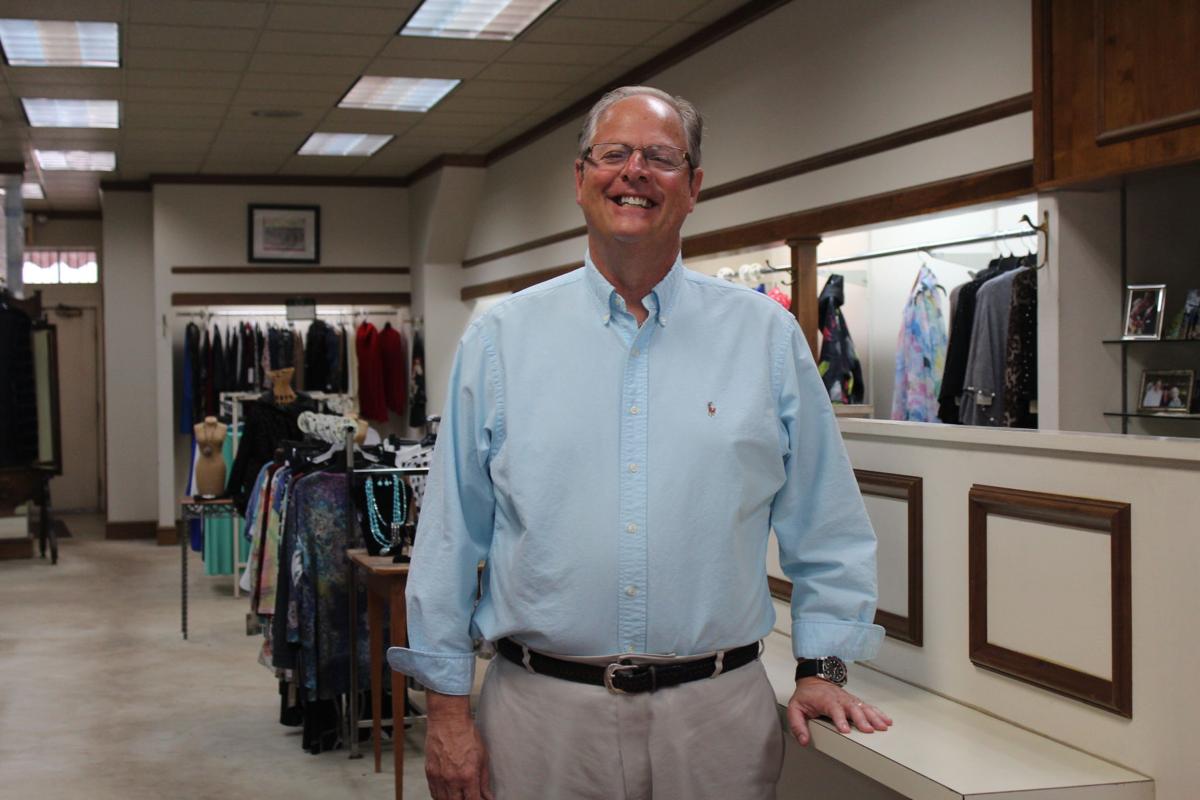 John Lantor stands inside the women’s apparel store, Lantor’s that his family has owned and operated since 1906. He has been running the business for 44 years. 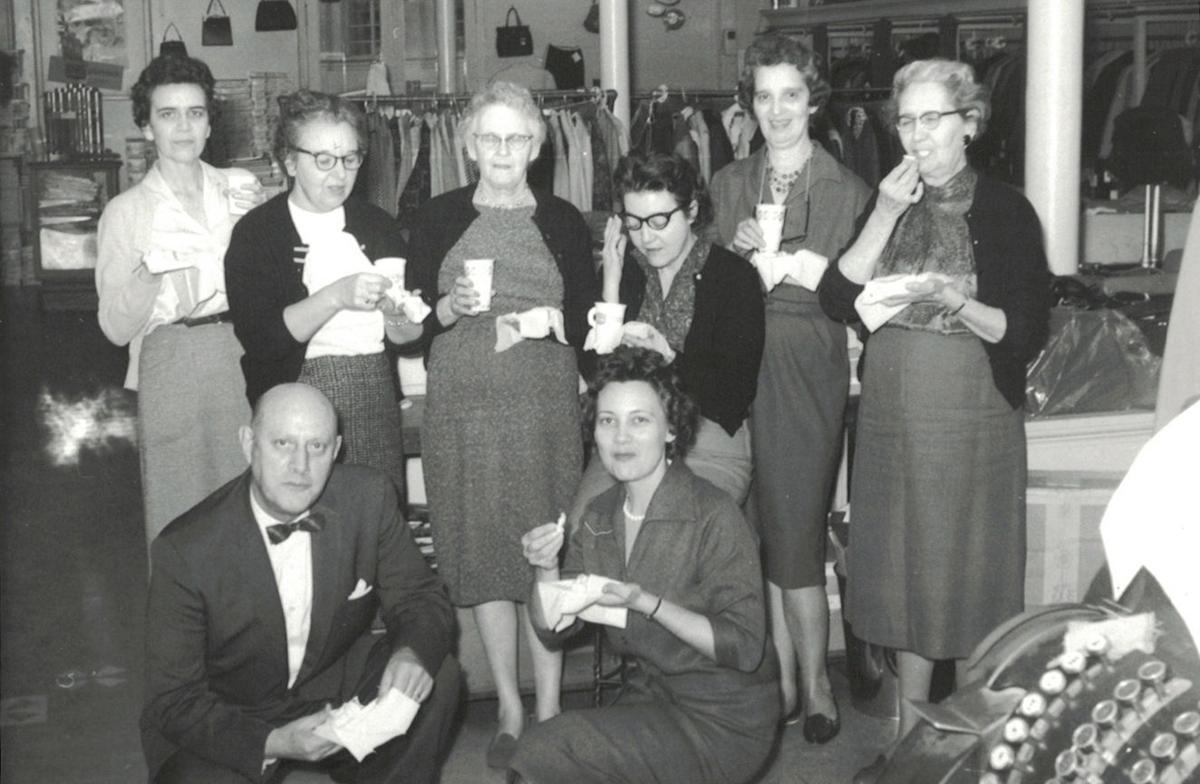 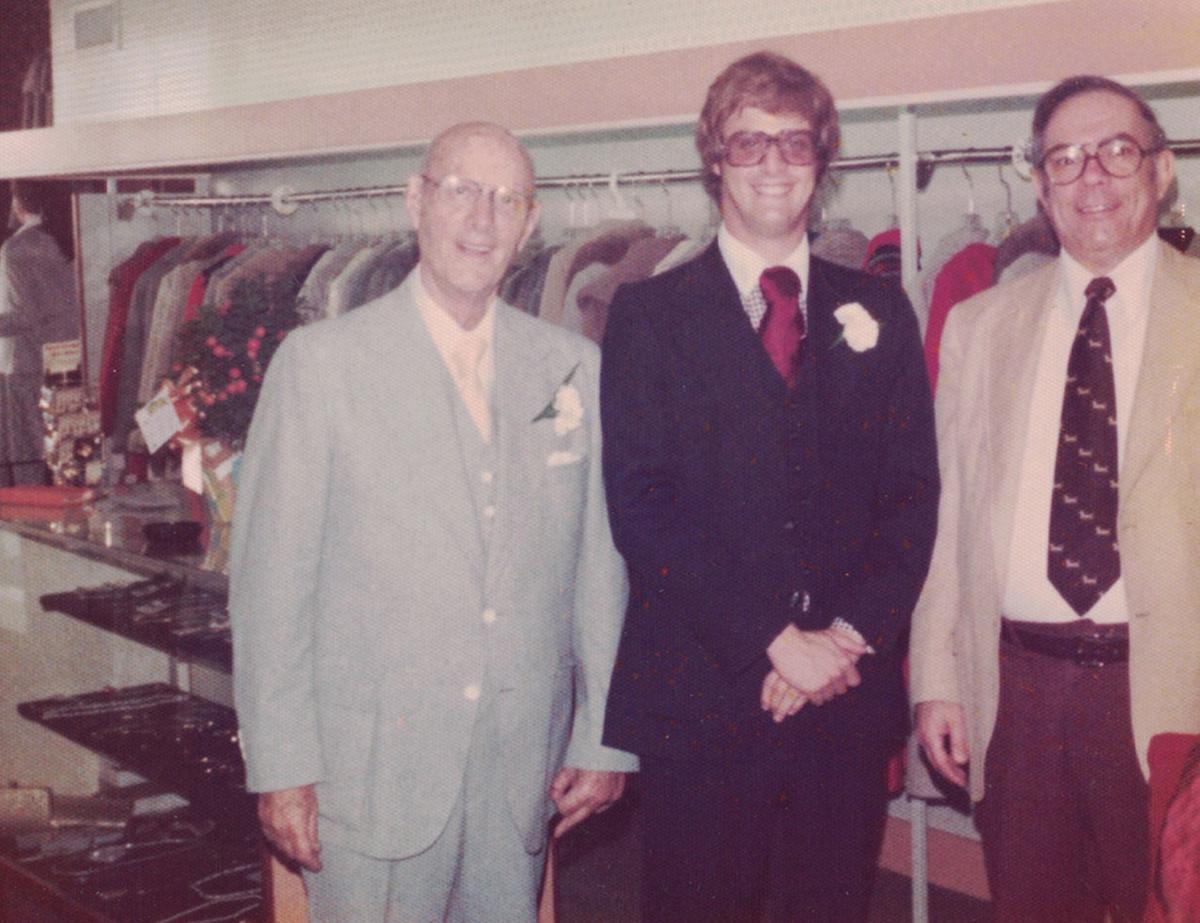 Nathan Lantor stands with his son, John Lantor, and a customer inside the Lantor’s store in South Boston.

John Lantor stands inside the women’s apparel store, Lantor’s that his family has owned and operated since 1906. He has been running the business for 44 years.

Nathan Lantor stands with his son, John Lantor, and a customer inside the Lantor’s store in South Boston.

Since making the late June announcement that he would be retiring following a closing sale, John Lantor has been greeting customers who want to wish their farewells and offer their memories of the business that has been a staple in South Boston since 1906.

A woman recently spoke with him about a prom dress that was purchased from the store in the 60s, and then her daughter used that same dress for her wedding.

Women have brought in some of their famous hats that women have held onto fondly over the years.

“I’ve enjoyed every minute of it,” Lantor said of his 44 years with the retail business, who also explained that his customers have become his “extended family.”

While calling it an emotional and very hard decision, he also realizes that it’s the right time to let the business go.

The retail store has been in its Main Street location since its inception in 1906 when Samuel Arthur Lantor opened the business as Notions selling fabric, thread and other items to sew clothing.

The business was handed down to his sons, Nathan Lantor and William Lantor, and evolved to the ready-to-wear women’s apparel store it is today. The business also took on a seamstress and a milliner.

As someone who studied business at the University of Richmond, John always thought that he would join the business world. Although he originally had different plans, when his father, Nathan, had a stroke during his last year of college, he knew he had to come home.

He started running the store on the weekends and took over the business full time in 1976.

It was their “top-notch” customer service, forming relationships with customers, and having a sales team who always strived to be at the “top of their game” is what kept Lantor’s going for all these years.

Some of his team was on board for 40 plus years, and he will never forget some of those faces such as Gladys Howard, Annie Seamon, Ruth Hughes and William Beard, among others.

“We worked as a team…and I am so appreciate,” said Lantor.

His wife, Terrie, has been his “back bone,” taking on the buying side of things, and with her taste in clothing and John’s knowledge of business, he feels they made the best team.

Throughout it all, Lantor’s survived the Great Depression, the Great Recession and two world wars.

But, now with the coronavirus putting a damper on retail establishments, Lantor feels it’s time to hang his hat.

“It’s a very hard decision, and I knew I couldn’t do it forever,” he said.

Over the past few months, he has had to deal with closing the shop for a brief time, less foot traffic, and has struggled to keep the latest merchandise on the shelf.

“People aren’t out as much, and they don’t need as much,” Lantor explained, as the public has been asked to stay home as much as they can during the pandemic.

When ordering his spring merchandise, not all of it arrived, and he would’ve been bringing in fall clothing in August, but with the way things have been with the supply chain, he isn’t sure what all would’ve made it to the store.

“Unfortunately, everything is turned upside down,” said Lantor.

Even though his heart is pleading with him to keep going, his mind is telling him it’s time to enter a new phase in life.

Now he says he will have time to do things he may not have had time to do before, but if one thing is true, it’s that he will miss coming into that store every morning.