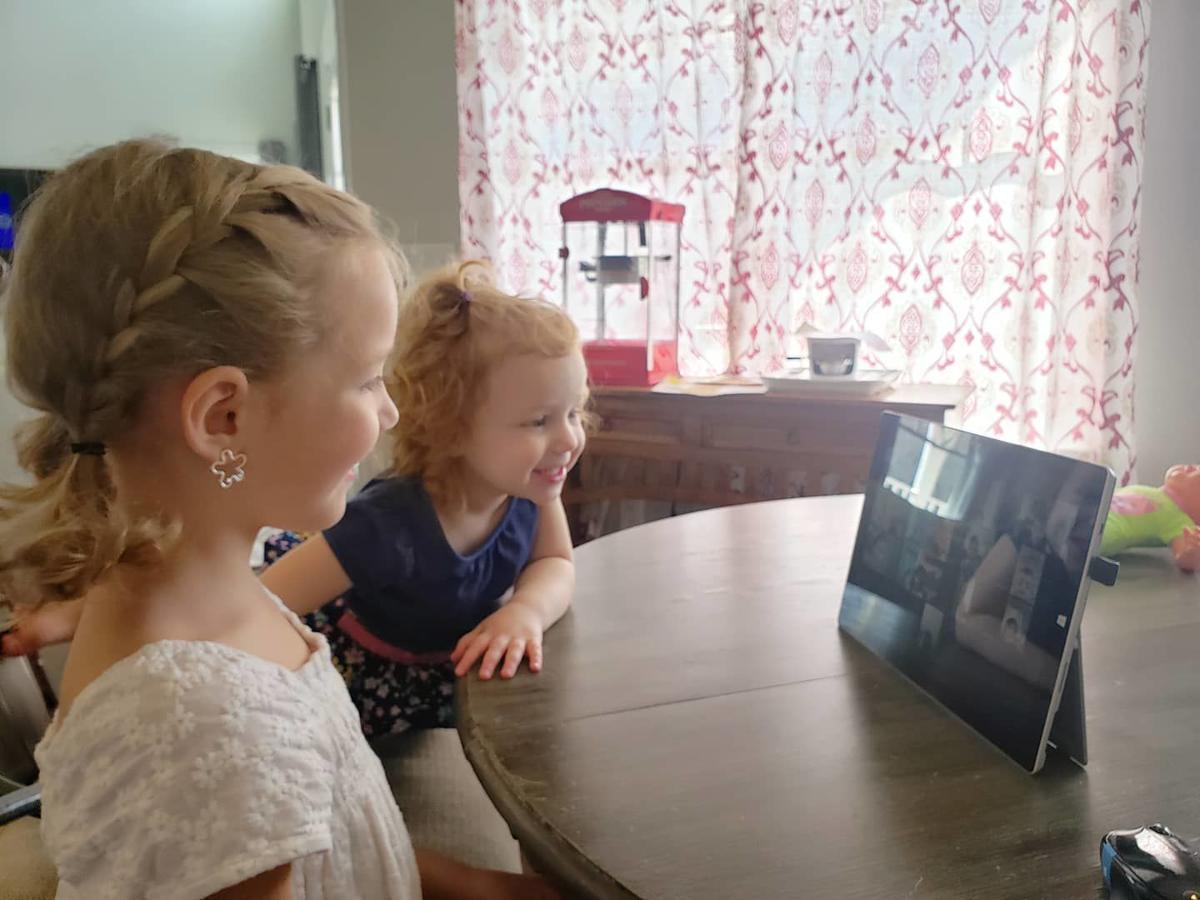 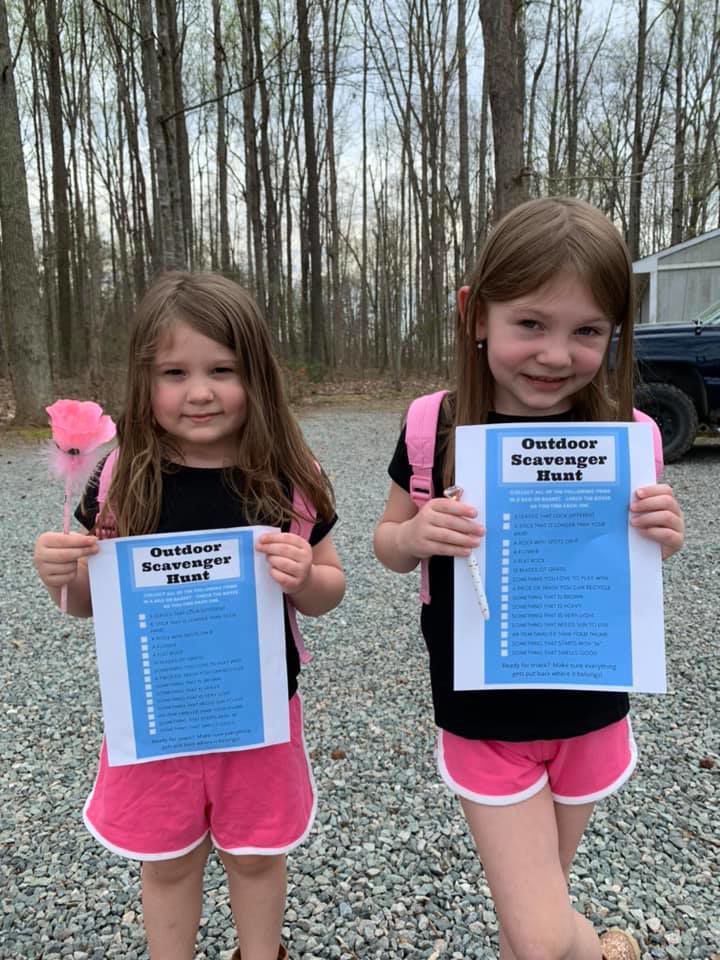 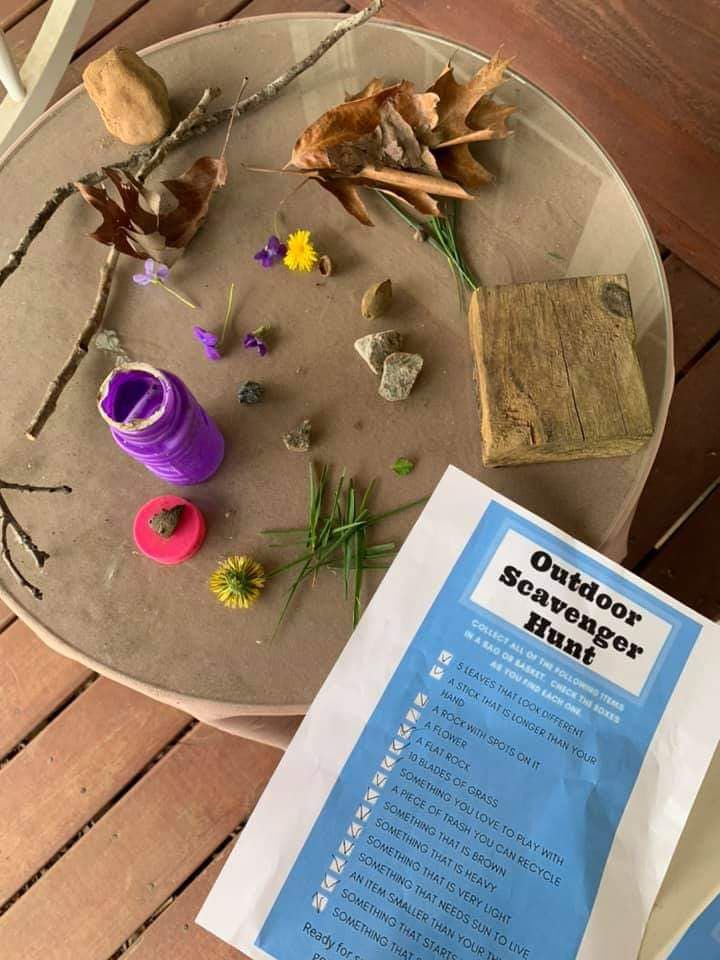 When Halifax County High School 10th and 11th grade English teacher Traci Wilmoth received word that she wouldn’t be able to return to her classroom this year, she bought 64 envelopes and began to hand decorate.

She personalized each one to the interest of each individual student and handwrote a note while also providing details on how to access online information for continued learning.

This was the start of the new normal for hundreds of teachers across the commonwealth after Gov. Ralph Northam announced on March 23 that students and teachers would not be returning to their classrooms this school year.

Wilmoth was one of many teachers who began to reach out to her dozens of students to let them know she was still there for them.

As Sinai Elementary School principal Francine Davis put it, local teachers have not only been there for continuity of learning, but also social, emotional and mental support.

“They’re trying to meet all their needs, and they’re doing a great job,” said Davis, who served last week on the Virginia Department of Education Continuity for Learning (C4L) Task Force along with Cluster Springs Elementary School principal Kacey Whitt.

From Zoom classes, Google Classroom, Google Chat, Remind Me app, email, phone calls and letters, teachers are using every avenue they can think of to reach out to their students and continue some type of education during this time to minimize the “summer learning gap.”

But, “they’re not introducing any new material… only providing motivational feedback,” said Davis, who also noted they’re not grading material.

The principal also noted if anyone has not heard from their student’s teacher to contact the school to make sure contact information is up-to-date.

Even as far down to the kindergarten level, teachers like Kimberly Rich of South Boston Elementary are reaching out to her 21 students to try to encourage parents to read to their children, practice their words, practice writing and practice math problems.

She believes just an hour to two hours a day for young students would be enough to keep that material fresh in their minds for the next school year.

“Maybe do flash cards one day and math one day. I think that’s more than enough,” said Rich.

She wants them to stay on top of things so they don’t regress.

At the beginning of the school year, she was busy teaching foundational skills such as letters, sounds and sight words.

Even then she sent home packets of work and flash cards for parents to practice with their children at home, and she hopes that will continue.

“The good thing is they’re still excited about learning… I’m sure they’ll be okay and ready for first grade,” said Rich.

And to help give them a piece of their classroom during a time when they can’t come in, Rich has been sharing photos of the classroom’s garden so they can see how it’s coming along.

She also hopes to hold a Zoom meeting if possible so her students can see each other.

They also recently picked up cookie dough from a fundraiser, and Rich put up a poster with her picture letting them know how much she misses them and that she’s thinking about them.

That’s a sentiment that most all teachers have shared.

“I don’t know any teacher who is happy about this,” said Colleen Barnes, an 11th grade English teacher who also teaches dual enrollment English.

When she first found out that she wouldn’t be returning to the classroom this school year, she cried.

“I knew it was coming,” said Barnes. “But, it still felt like someone punched me in the stomach….we didn’t even get a chance to say goodbye. Yesterday I packed up my room. It was really hard.”

Each year she gets her students to pick a word for the year, and on Monday, she had to throw it all away along with other work that she had planned for the year.

Now it’s switched to Google Classroom, Zoom and Remind Me notifications, but it’s been a struggle for both her and Wilmoth to engage the teenagers.

Both having individuals anywhere from 15 to 17 years old, they’re not only balancing schoolwork but also jobs — many working full time since the coronavirus outbreak.

“I’m trying to find interesting material for them to work on, but I’m competing with all of the interrupting factors at home,” said Wilmoth, who has held a poetry contest, sent seeds to her students, issued books to read and shared information relevant to real life such as resumes and cover letters.

Also, dual enrollment classes present a whole new set of challenges for teachers who like Barnes may be balancing a general education English class and a dual enrolment English class.

Her dual enrollment students still have to complete their assignments for Danville Community College, which has moved entirely online, to earn their credits for the year.

“Most of them are doing really well. Some don’t have access to Internet. Some are even trying to type entire papers on their phone. Some are having to wait until after 11 p.m. when their data increases,” said Barnes.

Not having Internet, or reliable Internet, is something that all of the teachers are facing for some of their students, and most have created packets they can send in the mail.

But as Wilmoth said, “dual enrolment has its own set of rules.”

She noted that all of her assignments have been a “combination of things.

“We’re writing the script as we go,” she added.

Just as when school is in session, the Sinai Elementary School principal said every school has its own way of doing things, and each teacher has their own style of teaching so every student’s approach to learning may not be the same.

In the end, teachers are more worried about the well-being of their students, and checking in to make sure they’re doing Ok during this time.

“I’ve been trying to check in and students are asking a lot of questions,” said Barnes. “A couple called or sent text messages just to talk. Sometimes I don’t know what to tell them. I’m struggling myself.”

But, all in all, principals and teachers agree things are going “about as well as we can make it go.”