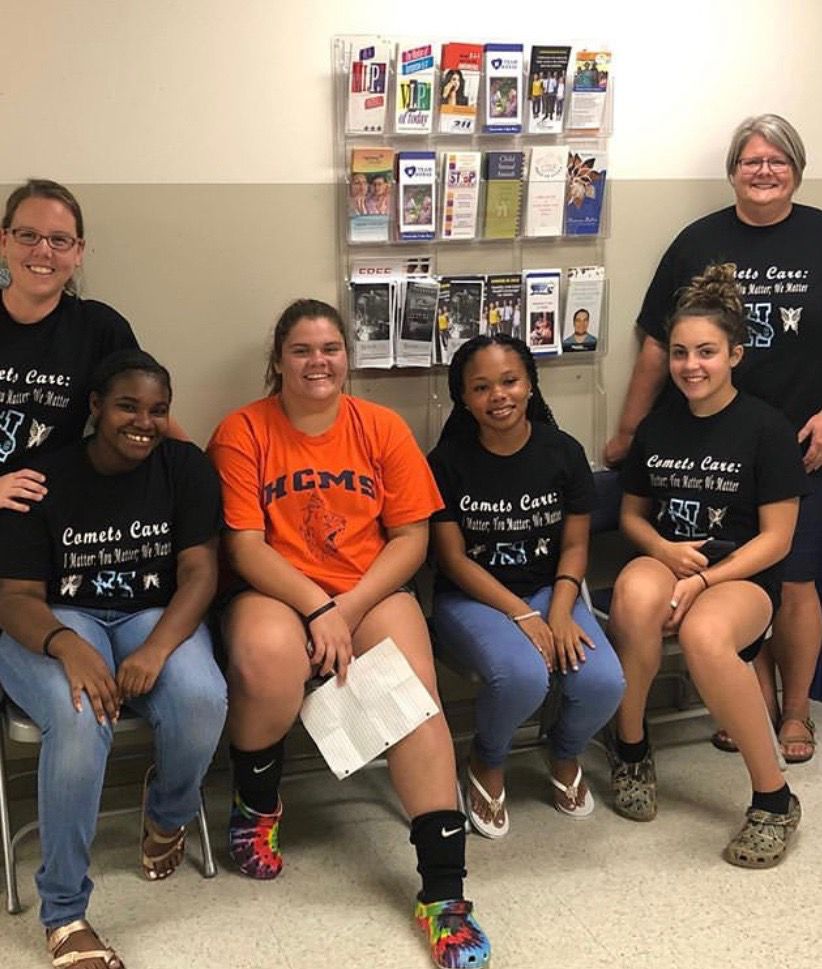 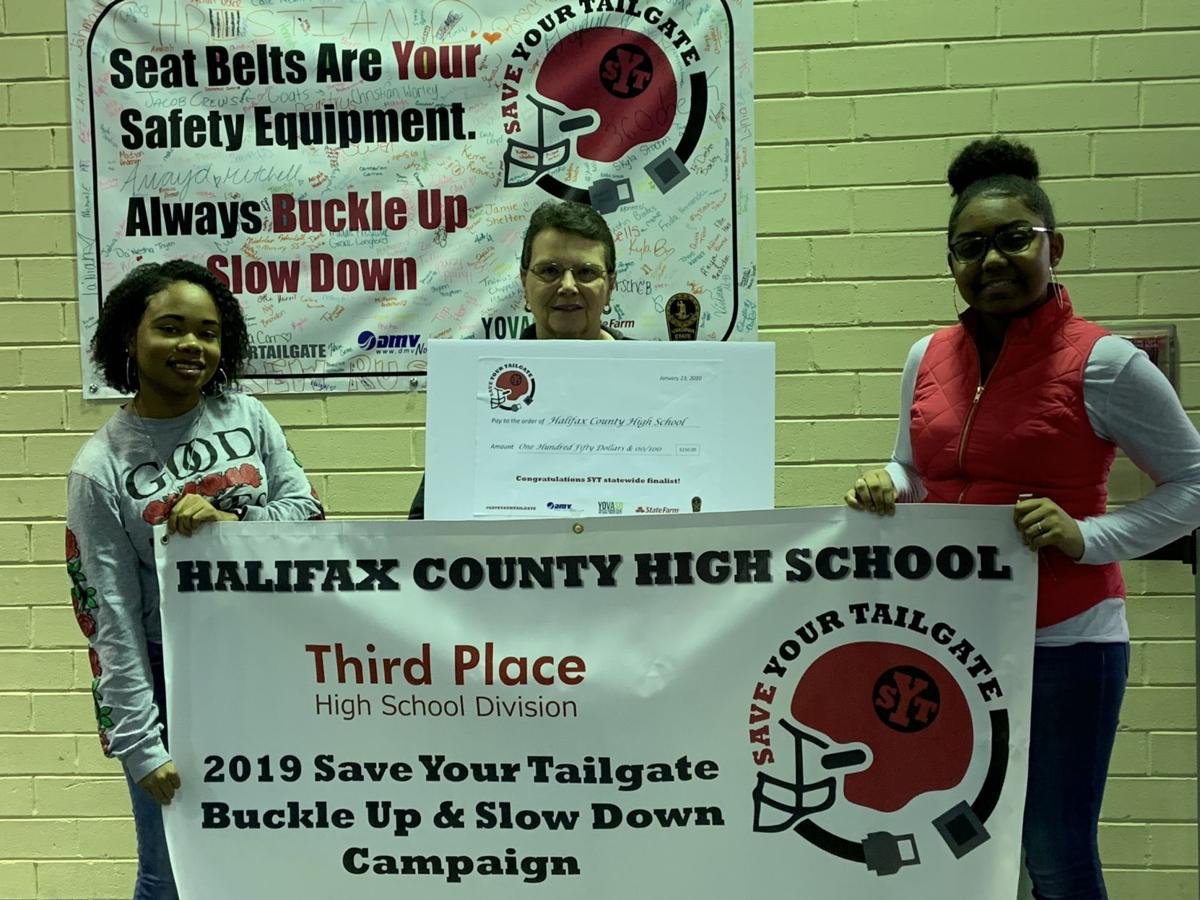 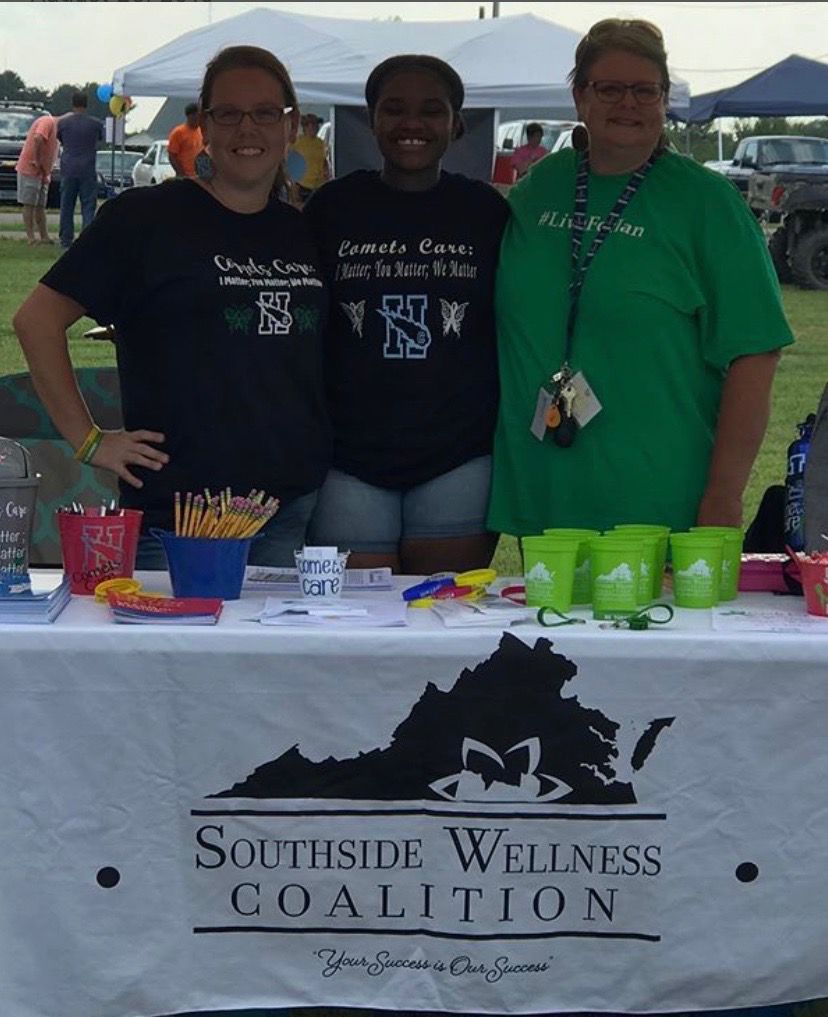 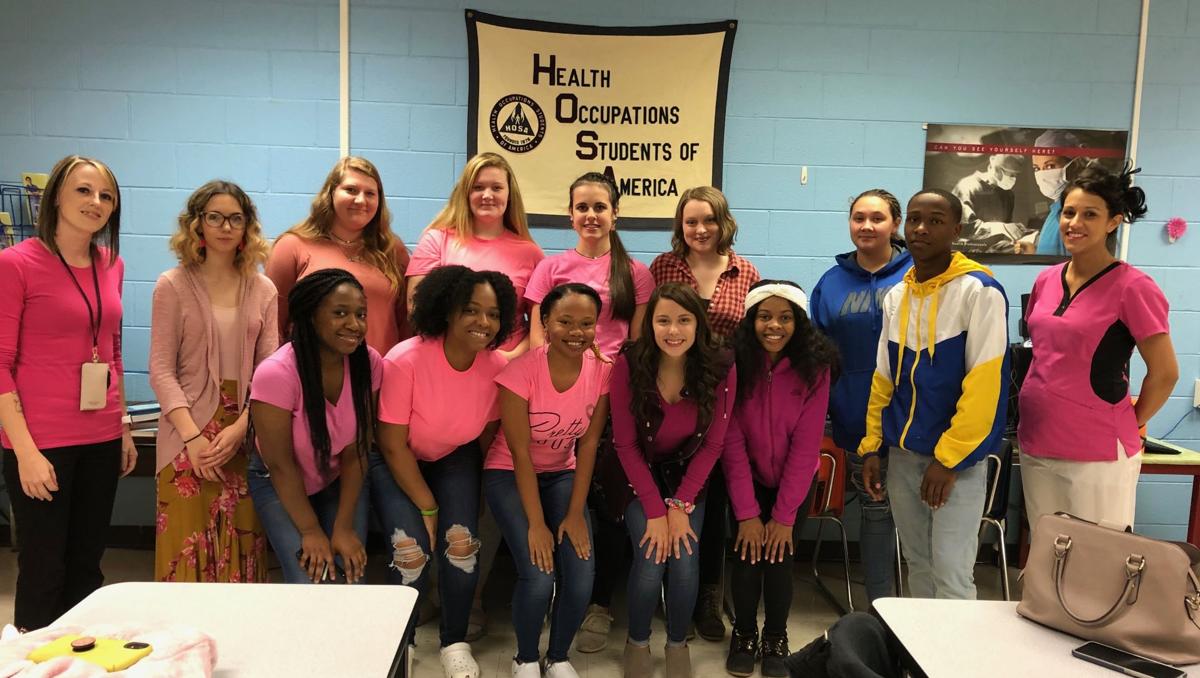 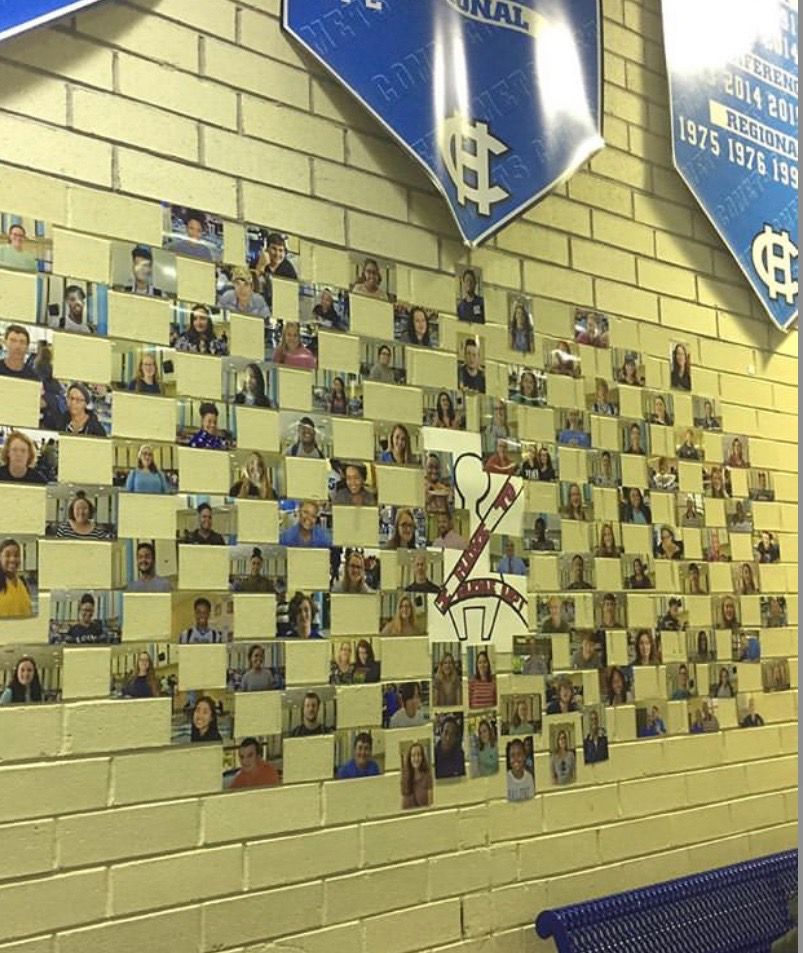 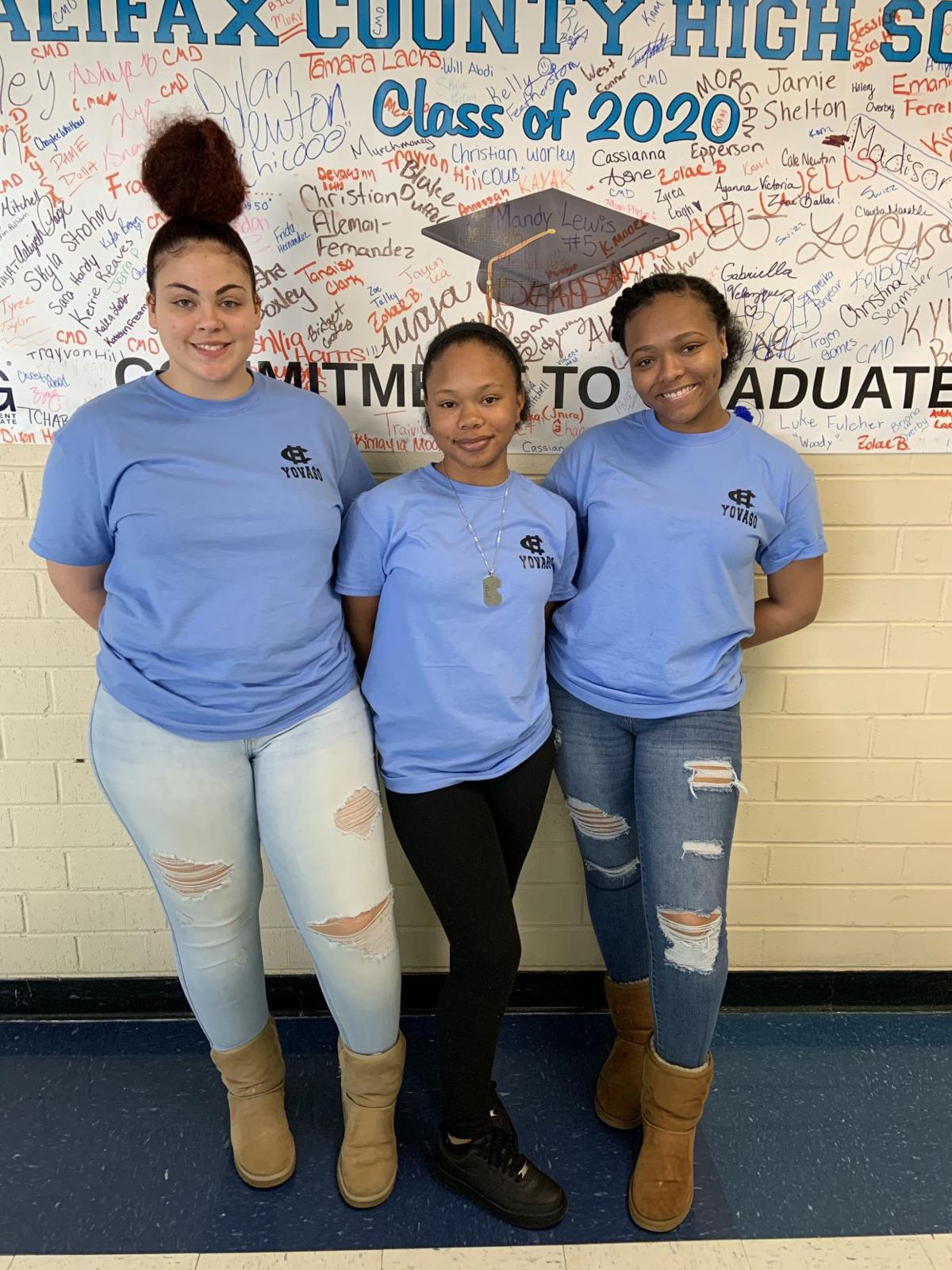 Halifax County High School senior Aaliyah Paige has faced her fair share of adversity in her life, but she is using those situations to help give back to her peers and help provide important information to her classmates.

She is one of the founding members of Comets Care, a club that formed at Halifax County High School over the summer whose motto is “I matter; you matter; we matter.” The members of the club are there to help students with mental illness and to address alcohol and drug prevention.

Club sponsor Kimberly Gordon reached out to Paige about attending a YADAPP (Youth Alcohol and Drug Abuse Prevention Project) and after attending that conference, Paige was ready to take what she learned and bring it back to Halifax.

“We learned so much from different perspectives, not only how it is affecting Halifax but also how it affects everyone in Virginia and all teens,” Paige said.

“But you can live a better life and you can overcome. We are stronger than what we think we are and anything that we go through is to only make us stronger,” she added.

Paige and the other members of the Comets Care club put up posters around the school and distributed bookmarks, cards and pamphlets that had information on them for substance abuse and mental health contact numbers. She said they had good feedback from the students and faculty at the school.

There also was an assembly planned that never got to be put on due to school closing, but Paige says that they were excited for what they had come up with as a way to bring the information to the students. They wanted to appeal to their age group, and she said she realizes no one wants to sit through “boring assemblies” so they became creative with their approach.

“We were going to have a play about substance abuse and the effects that it can have on the body and have an officer portray an arrest, and then have someone local come and speak about their personal experiences,” said Paige.

The closing of school in March derailed those plans, but Paige is hopeful that the club will continue to gain momentum when school resumes in the fall.

“Personally I thought it was starting to make a difference,” she said about the direction the club was headed.

As a member of Comets Care as well as YADAPP and YOVASO (Youth of Virginia Speak Out), Paige also was the president of HOSA (Health Occupations Students of America). She also was a part of the nurse aide program, but she has been unable to take her state boards since the closure of school.

All of these organizations in one way or another are there to help students find ways to give back. Paige says her desire to help others stems from situations she has encountered throughout her life.

When she was little, she found her mother after she had a stroke and was the person who called 911 to get her mother help. Her mother also has battled breast cancer two times and just last year, right before she was set to leave for the YADAPP conference, her mother had blot clots in her leg.

Her mother apparently had them for a long time and once they discovered them, her mother ended up in the hospital battling for her life.

Since she was younger Paige has been one of the primary caretakers for her mother, along with her father and two sisters. They all pitch in and take care of her mother and will continue to do so as long as needed.

It hasn’t been easy for Paige to take on the role as primary caregiver and continue to excel in her academics as well as serve in several important roles for the clubs she belongs to.

“It is scary, and it is really hard, growing up and seeing her go through those things. It made me want to be there for her, and even though it was three of us, I was the strong minded one so I knew I had to mature so that I could be there for my sisters as well as my mom and dad,” Paige said.

She was at the hospital with her mother and remembers feeling the need to still go to the conference.

“I did what I could while I was there with her but I still wanted to make a difference so I still went to the conference and came back and took care of her,” Paige said.

There are other examples that Paige points to as reasons that she chose to pursue the path of helping others such as the bad motor vehicle accidents where her family members barely made it out alive because of their decision to have a couple of drinks and get behind the wheel.

Paige also battled adversity of her own when she was hospitalized at a younger age with double pneumonia and ended up with one collapsed lung and one lung that had folded over.

“After taking care of my mom and seeing some people actually take the time out of their lives to care for people every day, I wanted to be a nurse,” Paige said.

She will begin that journey to become a nurse in the fall at Norfolk State University. Her goal is to become a registered nurse and work in the emergency department at a hospital.

Paige knows the importance of being able to reach others and to let them know that it is OK to talk about what is going on in their lives.

“One way or another I was able to help people talk about their problems and get it off their chest because you don’t always have somebody to talk to at home, but it needs to be talked about so that it doesn’t affect you,” Paige concluded.