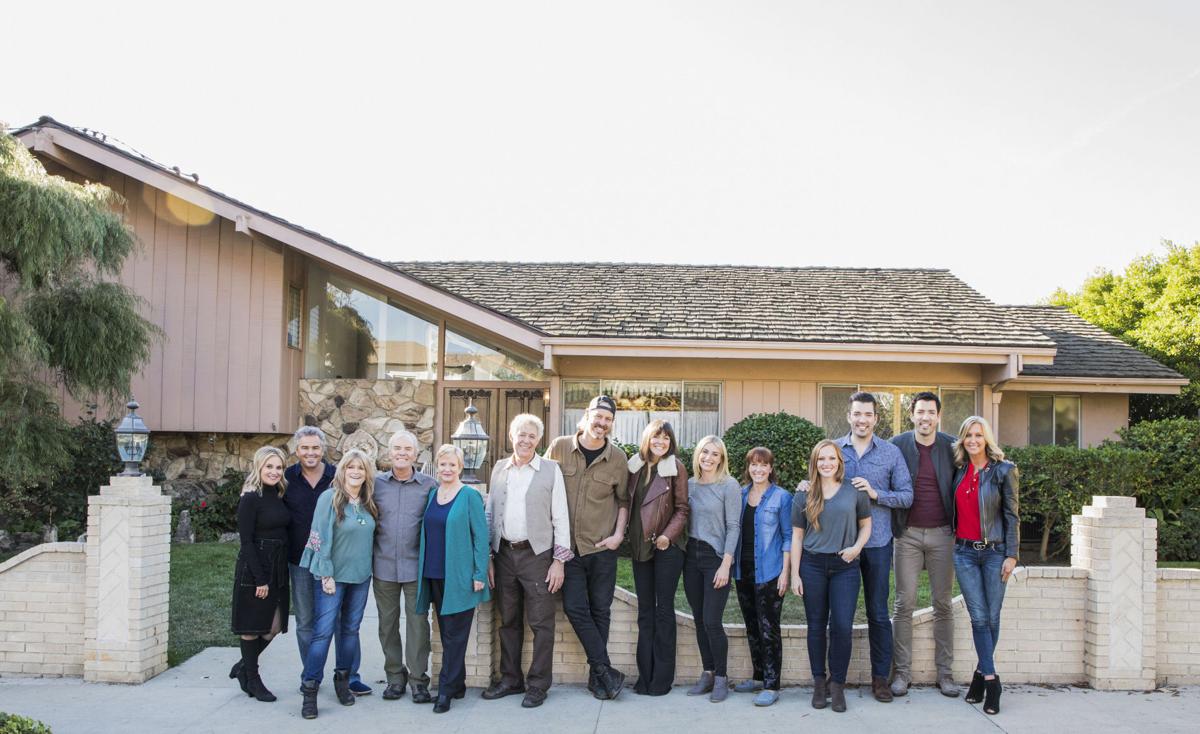 All six TV Brady children served as consultants for the project to renovate the home used for exterior shots on “The Brady Bunch.” Eight HGTV personalities, including Jonathan and Drew Scott of the Property Brothers, Lara Spencer of “Flea Market Flip,” Jasmine Roth of “Hidden Potential,” “Restored by the Fords” stars Leanne and Steve Ford and Karen E. Laine and Mina Starsiak Hawk from “Good Bones” lent their expertise to the project. 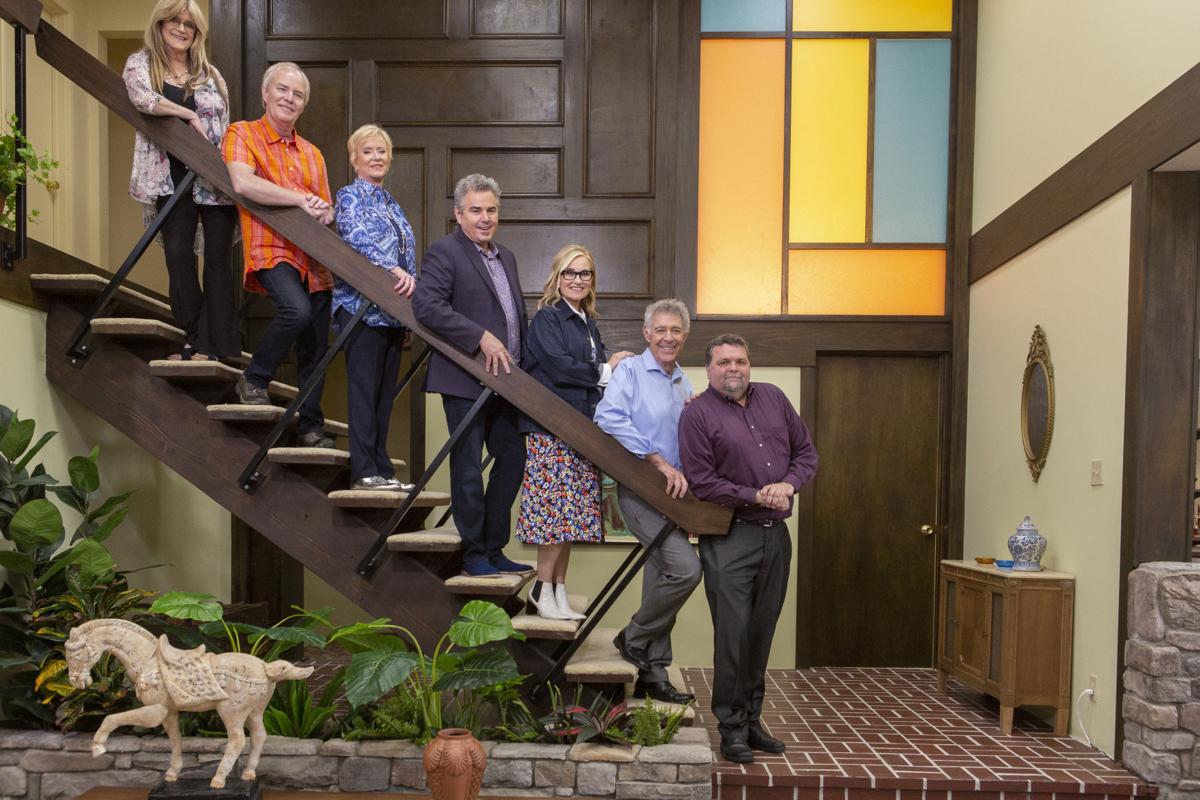 Robert Wimbish (right) poses with stars of “The Brady Bunch” on the iconic staircase. 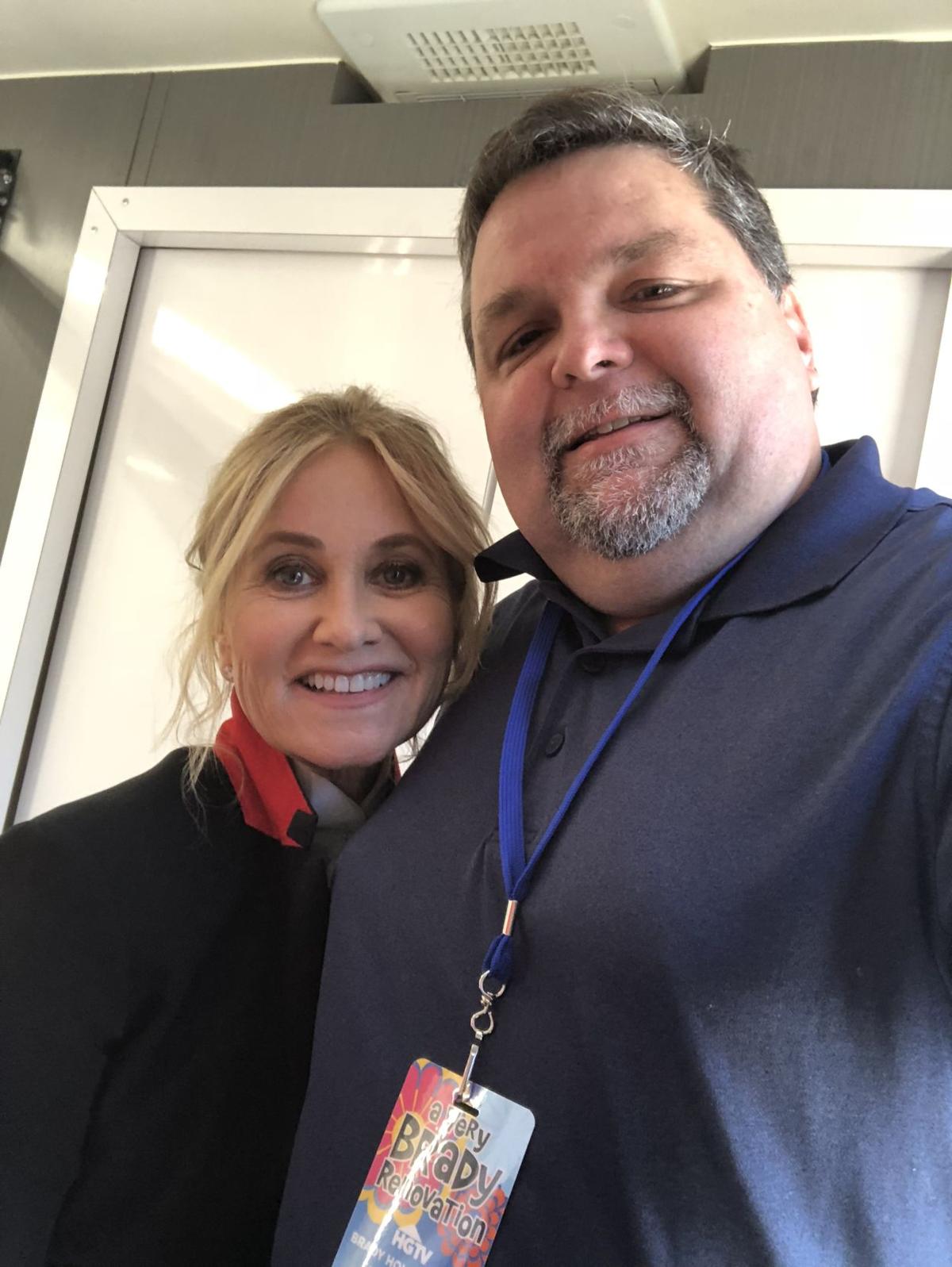 Robert Wimbish, Halifax County native and current director of programming for HGTV, found himself in the middle of a project a child of the 70’s could only dream of, renovation of the house used for exterior shots for The Brady Bunch television series.

Some may not realize that the split-level home used for exterior shots in the series was not used for interior shots, rather interior scenes were shot at another location, in this case Paramount Stage 5 at Paramount Studios, Wimbish explained.

A total of 2,000 square feet was added to the rear of the house as part of the renovation, hidden from anyone who sees the house from the street.

All six Brady children served as consultants for the project, according to Wimbish.

Eight HGTV personalities, including Jonathan and Drew Scott of the Property Brothers, Lara Spencer of “Flea Market Flip,” Jasmine Roth of “Hidden Potential,” “Restored by the Fords” stars Leanne and Steve Ford and Karen E. Laine and Mina Starsiak Hawk from “Good Bones” lent their expertise to the project.

Wimbish, who serves as director of programming for HGTV, DIY Network and Great American Country, said he came up with the idea after seeing the house was up for sale.

The house was purchased for $3.5 million, according to Wimbish.

Wimish, who has worked with HGTV since 2005, did contracts and budgets before moving into programming, where he develops television shows for HGTV.

Wimbish admitted to having a bit of buyer’s remorse after the purchase went through, wondering if the project would go through as planned, but ground was broken on the project Nov.1, and the final reveal was filmed on May 23.

Six Brady kids, along with eight members of the HGTV staff worked on the project, according to Wimbish.

“Everything in the house is 100% real, including the iconic staircase, and all six Brady children were involved in the project as consultants,” he said.

Each Brady would work with a certain HGTV talent at some point, with Mina and Karen (Good Bones) working with the kids’ bedrooms, Wimbish noted.

The Scott brothers worked with the living room and dining room.

No detail was left to chance, even re-creation of the exact angle of the treads on the staircase.

Furnishings all were authentic for the 1970s, including bedroom furniture, where Wimbish revealed a bit of trivia.

“The Brady Bunch, for all its wholesome goodness, was the first television show to picture a couple in bed together,” he laughed.

HGTV used Crowdsource to canvass fans of the show for certain authentic items to be used in the Brady house, including a curio cabinet.

Someone had a refrigerator similar in design to one seen on the show, according to Wimbish.

Construction on the Brady house, like a lot of construction projects, was delayed by weather, with Southern California enduring one of its wettest years ever.

The renovation involved 125 people, with Wimbish commuting between Knoxville and Los Angeles once a month from last August through May.

No detail was overlooked, Wimbish added, even finding the green and orange formica in the kitchen similar to that seen on the show.

“This show is 50 years old, so we had to go on the hunt for all the different materials,” he noted. “We didn’t want to alter the front of the house, so we added a second story to the back of the house, an extra 2,000 square feet of space.”

On the set it was plastic, but everything in the house is 100% real, according to Wimbish.

“We either found it, or we made it,” explained Wimbish. “Paramount actually had the original bed frames, and then we also had a lot of props from the Brady movies.”

Other than the staircase, Wimbish thinks fans of the show would remember scenes shot in places like the kitchen, or perhaps the girls’ bedroom.

It’s a great fit for HGTV, Wimbish said of the show, scheduled to premier in September.

A fan of the show while growing up, Wimbish, like many American boys, had a crush on Marcia Brady, played by Maureen McCormick.

Wimbish admitted to being nervous when meeting McCormick at the Brady house, particularly when she gave him a big hug.

“It was a labor of love. We had a built in design manager who actually oversaw the whole build, searching online for hours through Craigslist looking for some of the materials,” recalled Wimbish. “Everything we couldn’t find, we made. We made the coffee table and end tables, because we couldn’t find them.”

Wimbish can’t recall the number of hours spent on the project, but the project did require a lot of coordination to get all the materials on site, not to mention the construction itself.

The Brady Bunch house is located at 11222 Dilling Street in Studio City, California, and HGTV had a great relationship with both the mayor and the city in completing the project, according to Wimbish.

“They even made us a Clinton Way sign, the street of the house in the series,” said Wimbish.

In addition to bringing the idea of purchasing the Brady Bunch house to the HGTV team, since then he has been instrumental in cementing the breathtaking early success of the project, taking it from conception to renovation and replication.

He also has been instrumental in the development and production of many of HGTV’s high-profile special event series including Extreme Makeover: Home Edition and several of their home giveaway programs.

Wimbish originally joined the company in 2005 as member the business affairs team before making the move to programming in 2016.

With 30 years of experience in the TV industry—from news to production and later producer of top programming for CMT—Wimbish is credited with bringing the Property Brothers to HGTV along with several other series that appear on many of HGTV’s networks.

He is a graduate of Virginia Tech with a B.A. in communication.

He is the son of Carlyle and Jo Wimbish of South Boston.