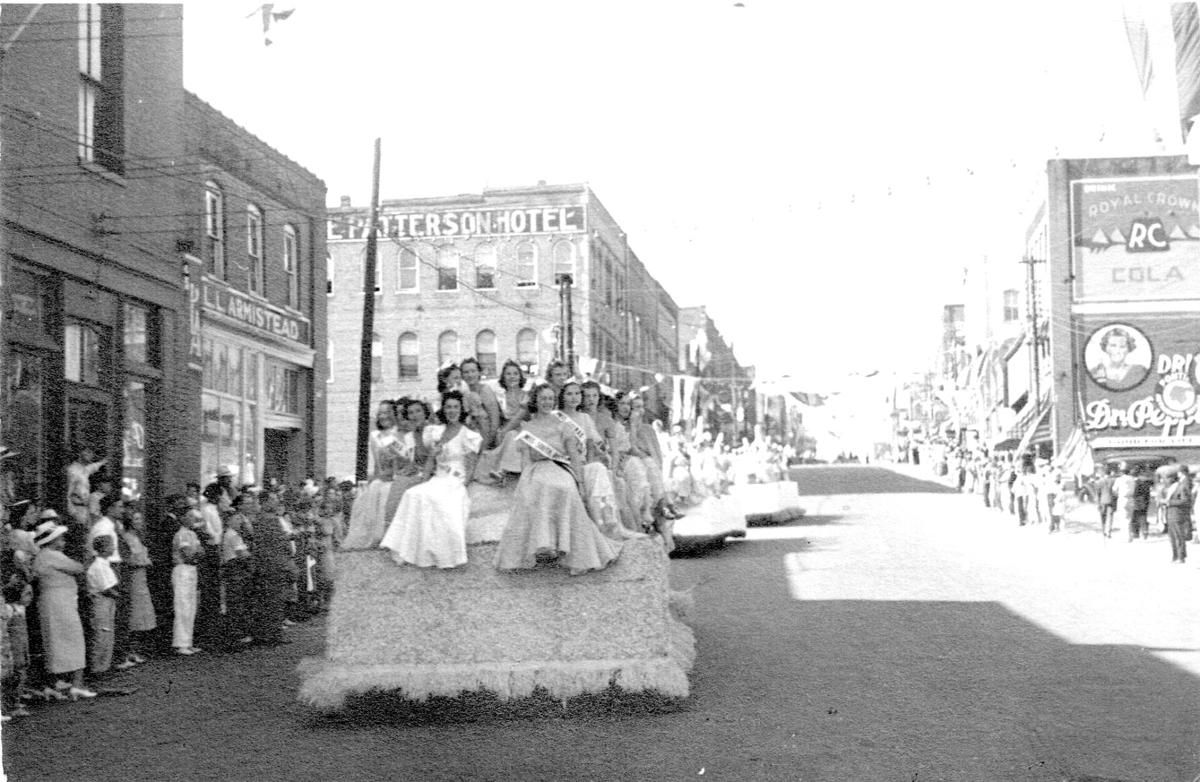 Patterson’s Hotel appears in the background of this undated photograph. 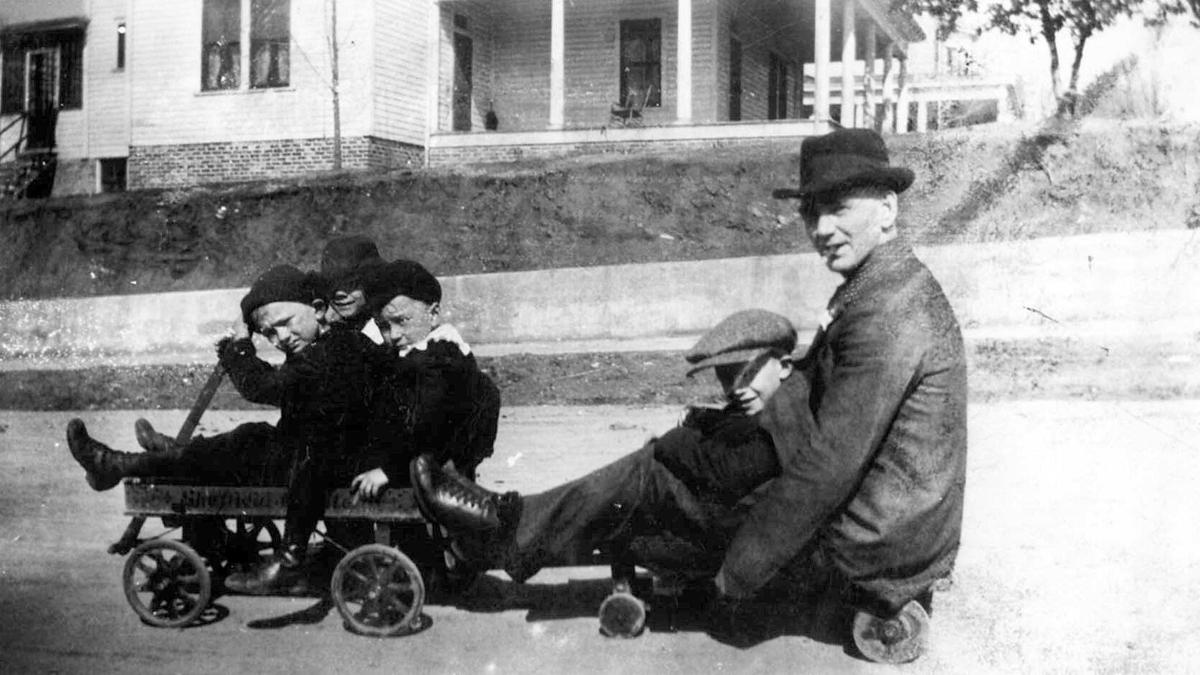 John Patterson Sr. rides along the street with his sons, Von, John Jr. and Sam, and another unidentified boy.

On March 28, 1907, recorded in the Washington Post, was an article about the disastrous fire in the town of South Boston.

The fire broke out in the steam tobacco factory of the Reynolds Company and was caused by a mishap in the drying machines. In a short time the building, a four-story brick structure, was in flames.

At one time South Boston was noted as a saloon town. There were many saloons in the town.

Daniel B. Patterson and John G. Patterson, brothers, both had saloons destroyed in this fire in 1907. Brick masons commenced laying bricks in the burned district of South Boston on the Patterson Saloon.

On April 18, 1907, dated in the Halifax Gazette, Mr. John G. Patterson (Happy Patty) was building the Patterson Saloon on the corner of Main and Arch Street. Patterson gave the contract to Mr. E. G. Hook of Manchester (Richmond) the building of a three-story brick saloon. The contractor worked only union laborers, which he paid $5.85 per day for eight hours. He knows exactly how many bricks they can lay in eight hours. There is not an idle minute among the masons. Mr. Hooker informed the Gazette if the weather was favorable, he would have the building completed within three weeks.

John Gilmer Patterson was born Aug. 20, 1869 in Warsaw, North Carolina, which is in Duplin County. John was an orphan and reared in the Oxford Orphanage, North Carolina. In 1888 he married Miss Ella G. Hudgins of Durham, North Carolina, who died in 1909. In 1913 he married Mrs. Hannah Sutor Nelson of Baltimore, Maryland. John and Hannah had John G. Patterson Jr., who lived at “Green’s Folly;” Sam Sutor Patterson, mayor of South Boston and businessman; Von H. Patterson, a businessman who owned Von’s Motel; and Louise Patterson Slayton, a beauty queen during the Tobacco Festivals.

The saloons played out in the town of South Boston. The members of the churches on North Main Street did not approve of these saloons and most of them disappeared.

The Patterson Saloon became Patterson’s Hotel and a drugstore from then on.

John Gilmer Patterson, in 1908, built a large residence on Wilborn Avenue where Crowell’s stood for many years and is now Terry’s. The residence was built by R. R. Hamilton, architect and builder of South Boston. The home burned. John G. Patterson Sr. died circa Dec. 1, 1941. Mr. Patterson was a member of Trinity Episcopal Church, South Boston. He was an organizer of the Choctaw Tribe of Red Men, Woodmen of the World and formerly active in the work of the Masons and Elks.

Funeral services were held at the home on Wilborn Avenue. Burial was in Durham, North Carolina, in Maplewood Cemetery.