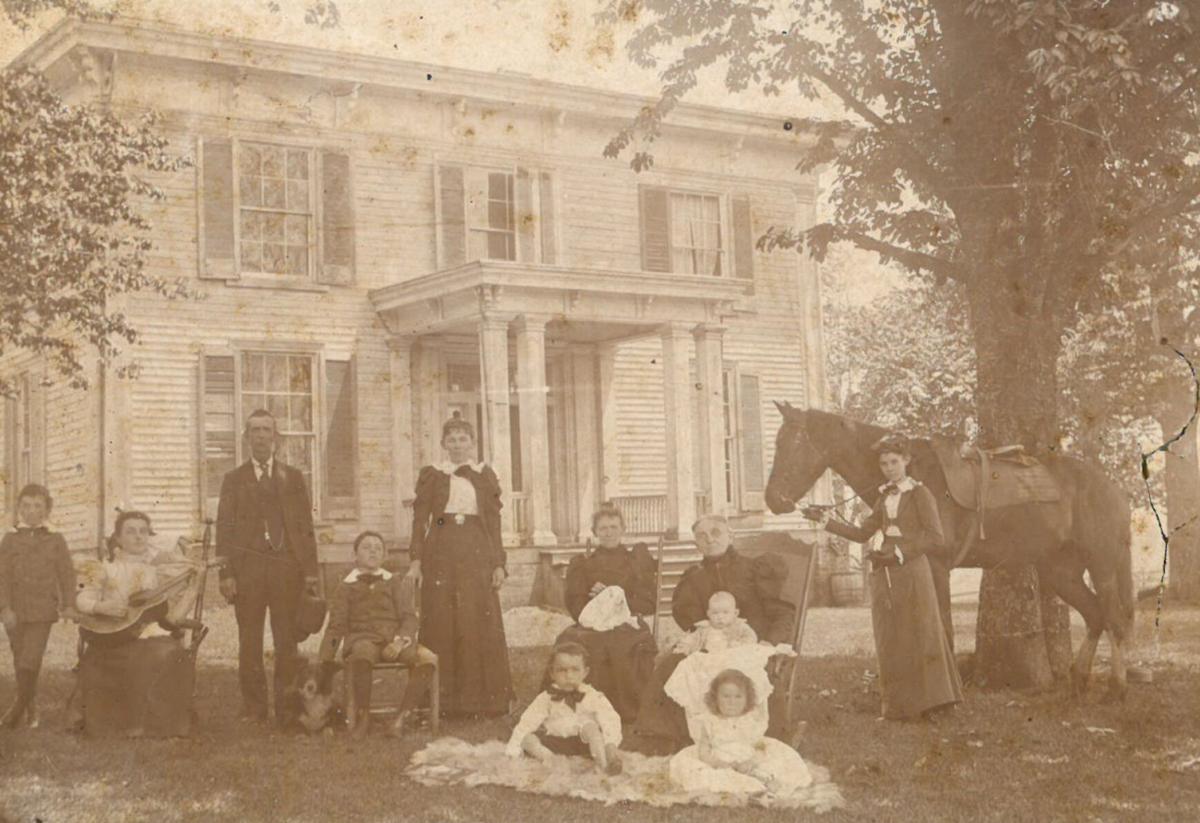 Members of the William Oldman Lovelace family at “Roughville” pose for a picture circa 1886. The girl in the chair is Lelia Baker Lovelace. 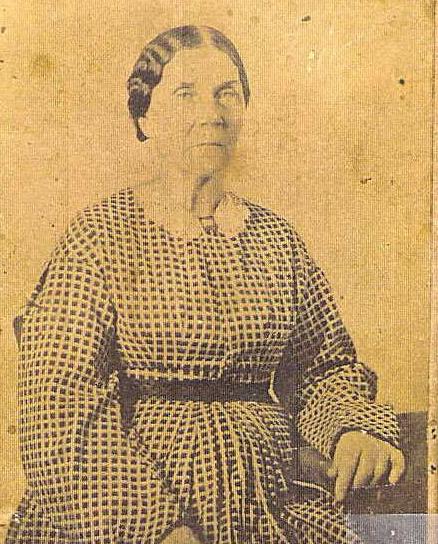 Mary Morton Barksdale was born in 1809.

The home was on a 760-acre plantation located on Sandy Creek.

In the year 1785 this land belonged to William Sydnor. William married Judith Williams on Oct. 31, 1763 in Richmond County. The Sydnor family moved to Halifax County. Their daughter, Judith Williams Sydnor, married Armistead Barksdale on June 25, 1805. Armistead was the son of Capt. Peter Barksdale.

A historical inventory was done on “Roughville” in June 1937 and at this time, the house was unoccupied and owned by H. H. Edmunds.

“Roughville” was a very large house with two stories and an attic.

There were 12 large rooms, 10-foot ceilings, eight fireplaces, hand carved mantels and doors made of pine.

The stairway was an open string with one flight. It had hand carved balusters, square newel and handrails.

The cellar had a rock wall and was white washed.

The walls in the house were paneled and plastered.

The outside of “Roughville” was weather boarded.

The brick chimneys were on the north, east, west and south ends of the old house.

The home in the historical inventory was called the old Lovelace home.

In Preston Young’s book “Country Folks” he stated, “when my father was a young man he went to live with his uncle William Oldman Lovelace at ‘Roughville,’ near Meadsville. This was the old Barksdale home that had witnessed many births and deaths during its long history.”

He stated, “His father and the Lovelace boys, after everyone had gone to bed, the boys slept upstairs, and they would hear footsteps coming slowly up the stairway. Doors would open and close, noises like someone packing for a journey. The piano in the downstairs parlor began playing in the dead of the night, when all the Lovelace family would be asleep.”

By 1900 census Henry P. Young was living with his uncle.

Alice Barksdale Lovelace died in 1939. She was 91 years of age. She died at her daughter’s, Mrs. Cole, in Halifax County. Her husband, Wm O. Lovelace, died March 29, 1917. He was a Confederated Veteran and a prisoner of war. They are buried at Asbury Church Cemetery.

A Lovelace Reunion was held in 1904 at “Roughville,” the home of William Lovelace and the newspaper article stated “Roughville” was near Rodden and Sign Rock, Halifax County. The old Barksdale-Lovelace home is gone now but there were many happy memories made at “Roughville.”