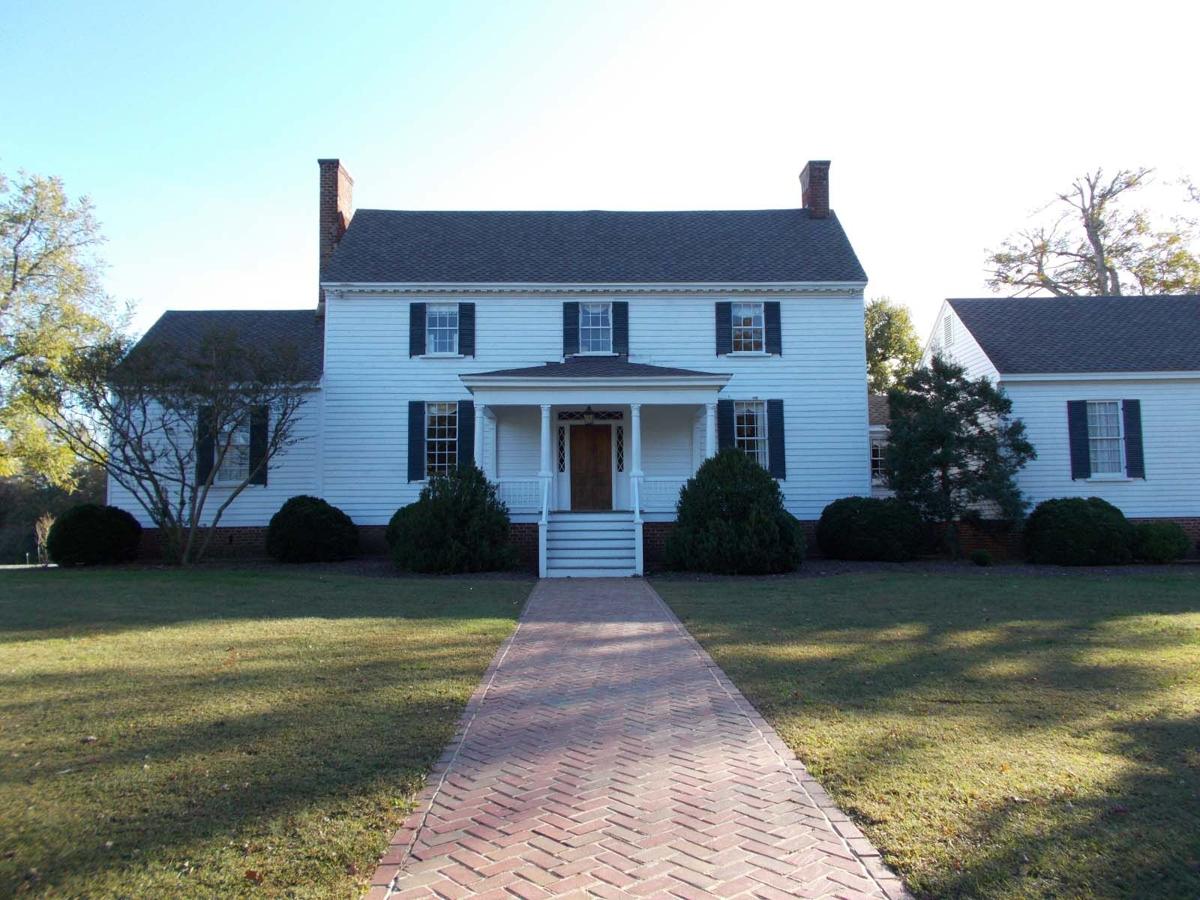 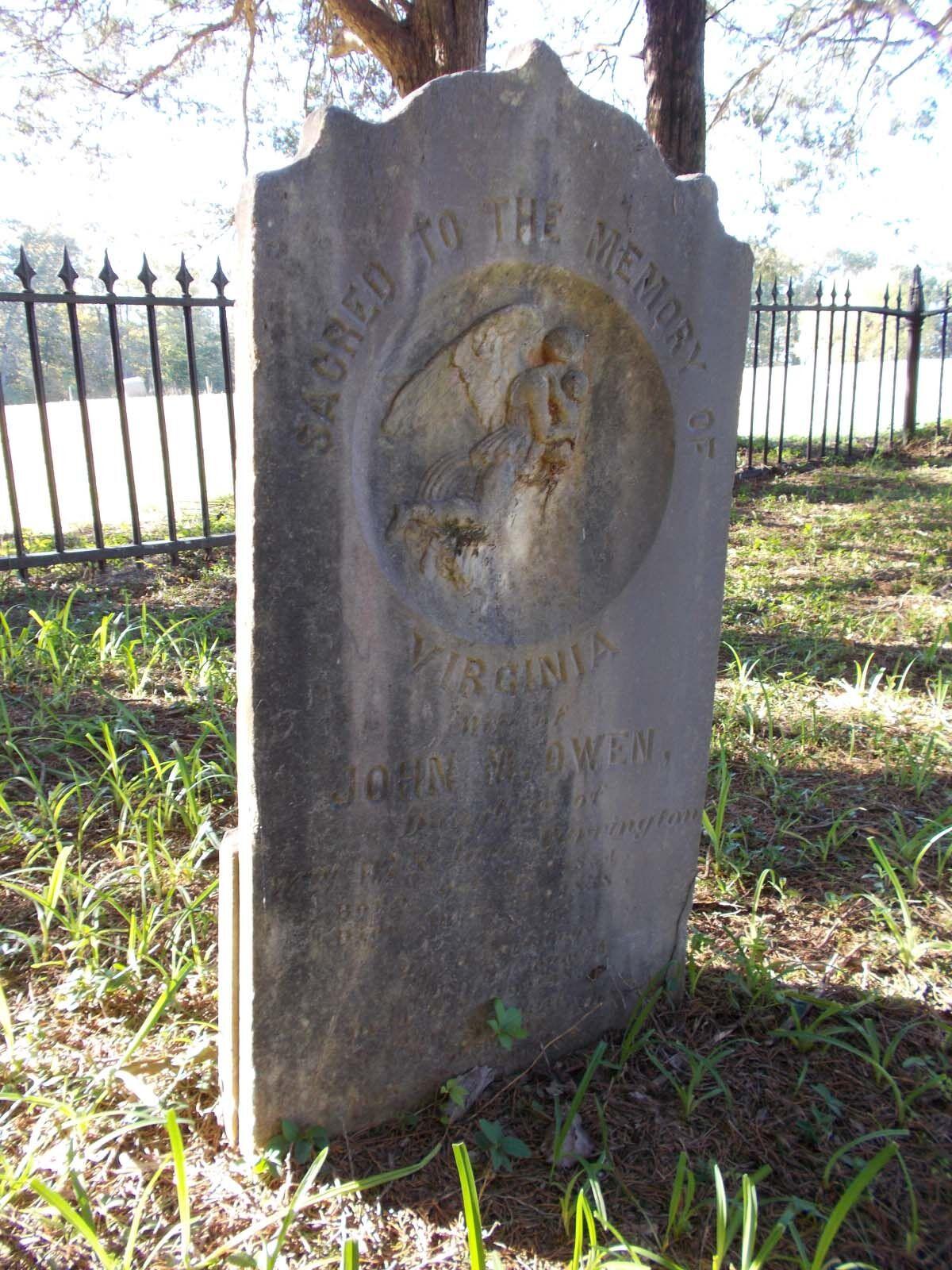 A tombstone for Mary Virginia Carrington Owen (1834-1858), wife of John M. Owen in the cemetery on the property of Oak Cliff, is one of the historic features that contributed to Oak Cliff’s recent listing on the Virginia Landmark Register.

A tombstone for Mary Virginia Carrington Owen (1834-1858), wife of John M. Owen in the cemetery on the property of Oak Cliff, is one of the historic features that contributed to Oak Cliff’s recent listing on the Virginia Landmark Register.

Oak Cliff, a south-central Halifax County home on the Hyco River built in the late 18th century, recently joined the list of historic properties on the Virginia Landmark Register.

It earned its listing on the Virginia Landmark Register because of its refinement and diversity of architectural features, which come from Georgian, Federal, Greek Revival and Gothic Revival styles.

Oak Cliff is one of 15 properties in Virginia that was recently approved for listing on the Register by the Virginia Board of Historic Resources during its quarterly meeting.

The Virginia Landmark Register is “the Commonwealth’s official list of places of historic, architectural, archaeological and/or cultural significance,” according to a news release from the Virginia Department of Historic Resources (DHS).

“It really is an honor for properties that get nominated and actually get approved,” Randall Jones, public information officer for the Virginia DHS, said, noting the process of being listed on the Register is complicated and sometimes lengthy.

Oak Cliff is one of 37 properties in Halifax County on the Virginia Landmark Register, Jones offered. Halifax County ranks 23rd in Virginia for number of listings on the Register.

The DHR will forward the documentation for Oak Cliff and the other recently listed properties on the Register to the National Park Service for nomination to the National Register of Historic Places.

Along with Oak Cliff, other recent listings on the Register are in the counties of Albemarle, Arlington, Campbell, Craig, Essex, Fairfax, Mecklenburg, Middlesex, Southampton and Washington, and the cities of Alexandria, Charlottesville and Danville.

Oak Cliff is a plantation house that was built for General Joseph Jones, a Petersburg merchant, planter and civic leader, around 1792, and possibly functioned as Jones’ summer home and the operations base for management of his plantations, according to the property’s registration nomination form. Georgian architectural elements of the home indicate the house originally was constructed in the early 1790’s, while transitional Federal-Greek Revival details relate to an 1830’s remodeling of the home during the ownership of William and Jane Carrington, the nomination form states. A wing of the house with Greek Revival detail was added circa 1850.

The grounds of the home also features a cemetery with a “decorative iron fence and professionally-made marble tombstones with figural relief carving, as well as stone abutments for former railroad and pedestrian/ vehicular bridges over the Hyco River,” the nomination form notes.

Oak Cliff’s current owners George and Margaret Hayes have lived in the home since 1976, and Margaret is a descendant of the Carringtons, previous homeowners. George said he and his wife have worked to preserve the architectural integrity of the home since becoming the homeowners. Being added to the Register places no restriction on what property owners may do with their properties but does make them eligible to pursue historic rehabilitation tax credit improvements to the structure.

Virginia is a national leader for the number of federal tax credit rehabilitation projects proposed and completed each year, as well as a national leader in listing historic sites and districts on the National Register of Historic Places, the DHS news release states.