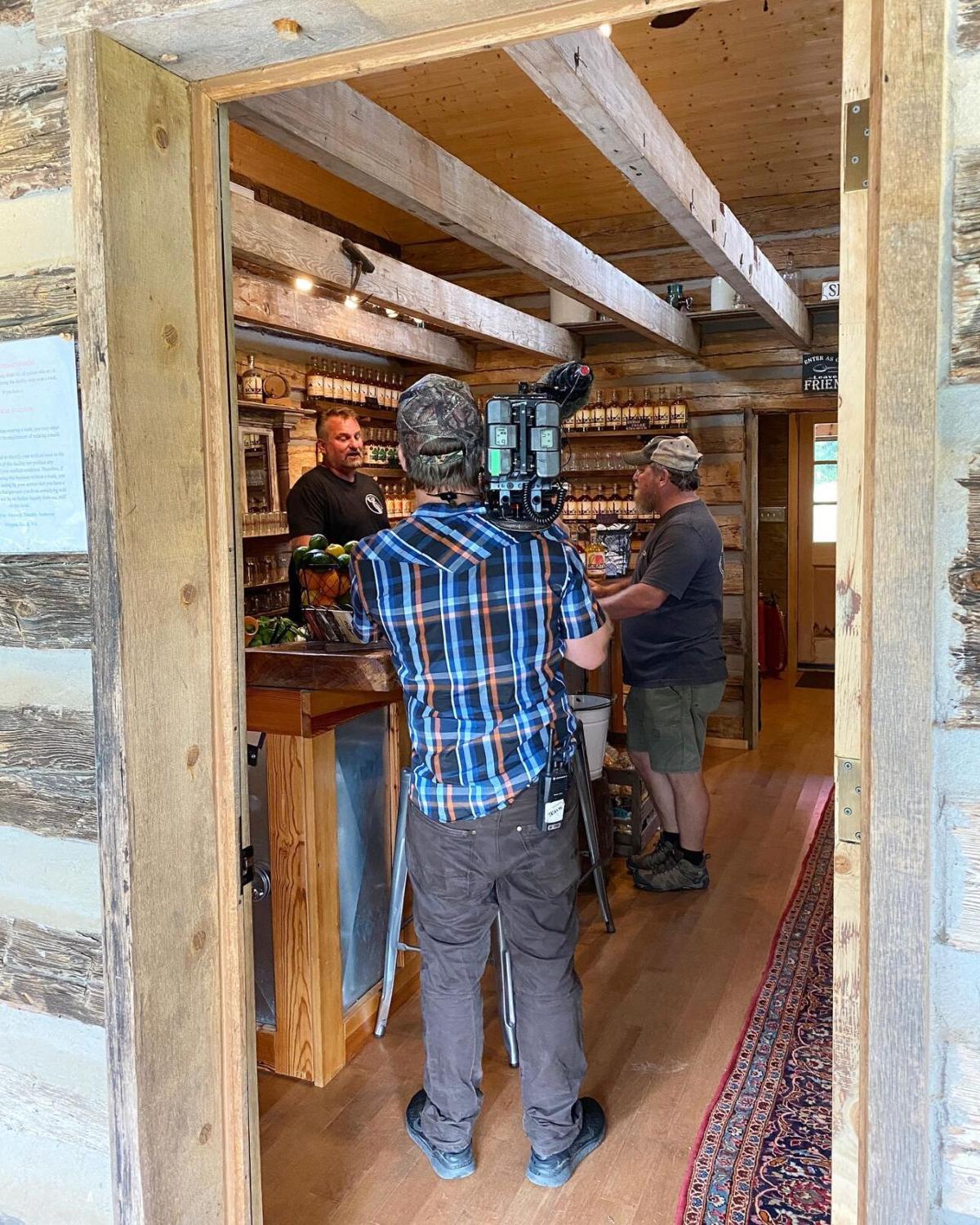 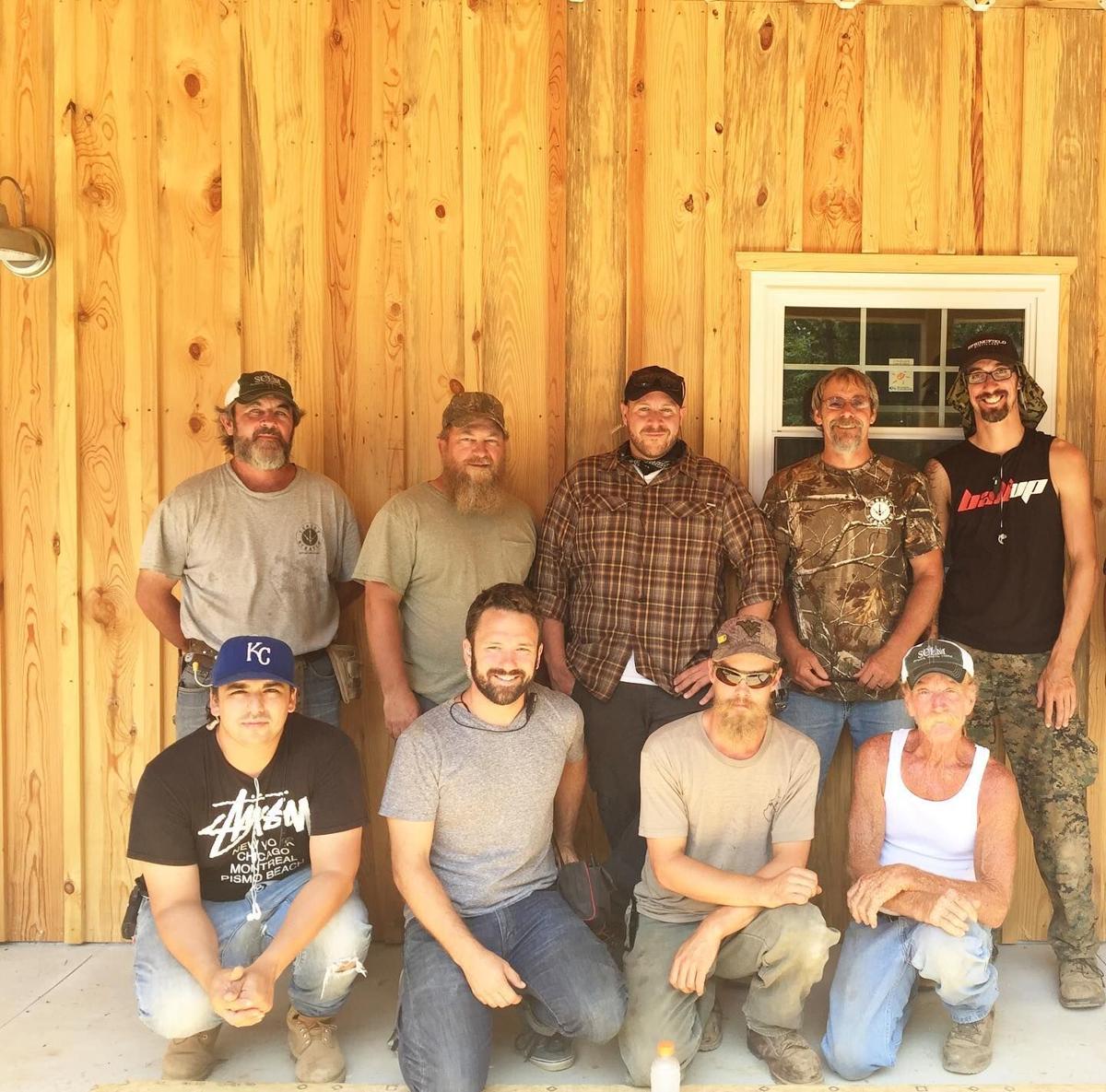 If you build it, they will come.

Their Springfield Distillery and bed-and-breakfast attract travelers looking to escape from the stresses of everyday life and return to a simpler time, surrounded by the rustic charms of nature and wildlife, when everything was made by hand and neighbors took the time to visit with each other on the front porch and stay a while.

The Gordon’s have made their dream a reality with the help of the crew of “Barnwood Builders.”

The cast of six West Virginia men whose adventures are chronicled on the Do-It-Yourself network show have visited Springfield and the Gordons multiple times. Springfield is featured on two episodes of Season 12 of “Barnwood Builders” – “Mountaintop Retreat” and “Five-Barn Farm.”

The Gordon’s first called “Barnwood Builders” after purchasing a log cabin from their Vernon Hill neighbors, the Strange Family, for the tasting room at Springfield Distillery.

James Gordon, who had already built a log cabin on the property that now serves as one of the guest bed-and-breakfast cabins, was interested in the different style the crew of “Barnwood Builders” was using to chink their barns and wanted to learn the technique.

“We started building the distillery in spring 2015, and that’s when we reached out to the show. We had bought the building from Ned and Donna Strange. They (the crew) dismantled it and resurrected it here,” Kelly Gordon recounted. “We hosted all the cast members here at the house. We did barbecues, played corn hole and threw tomahawks. We just had a great time.”

That first visit to Springfield is chronicled in Season 2, Episode 10 of “Barnwood Builders.” One of the episodes on the show’s 12th season is a follow-up to the show’s first episode, detailing the distillery finish visit. That episode, “Mountaintop Retreat,” aired Feb. 28 at 9 p.m. on the DIY network.

The most recent episode of the show on which Springfield is featured is “The Five-Barn Farm,” which aired March 21 at 10 p.m.

In that episode, the crew dismantles five old tobacco barns on an Alton farm and determines which logs are in good enough condition for repurposing.

That episode also includes a tour of the first cabin built by James Gordon at Springfield, which now serves one of the bed-and-breakfast guest cabins. Cast member Tim Rose, who has become friends with the Gordon’s and now visits Springfield a few times a year, leads the tour.

While the Gordon’s have come a long way toward achieving their vision for Springfield since they first bought the sprawling River Road property in Halifax in February 2012, they still have work to do.

Kelly shared that she and her husband have the foundations for two more log cabins at Springfield, and once they finish building the cabins, they plan to use them as guest cabins to add to their bed-and-breakfast.

The Gordon’s have learned some lessons in their cabin building process. For instance, they learned that it often takes logs from three different buildings to complete one log cabin because of the damage to the structures that has taken place over the years, Kelly shared.

But the Gordons’ efforts have been worthwhile. Springfield boasts an early 1800’s-era log cabin serving as a tasting room and offers up distilled spirits to their guests made in a 300-gallon Trident Still. Growing up in South Africa, James Gordon was the son of a moonshiner and for him, operating his own distillery is a dream realized.

Guests at Springfield Distillery can enjoy their cocktails in the old-timey tasting room, on the wraparound front porch or on one of the benches on the property. Enjoying the simple pleasures of country living and exploring Halifax County are what the Gordon’s encourage their guests to do, and the cast of “Barnwood Builders” was no exception. During their visits to Springfield, the cast members have gone out to Virginia International Raceway and Berry Hill and had lunch catered by Southern Plenty.

“We want our guests to experience all that Halifax County has to offer,” said Kelly.

It’s one of the reasons why their bed-and-breakfast cabins have no WiFi or cable TV. The idea is for visitors to get out and explore their natural surroundings and venture out to other places in Halifax County.

The Gordon’s hope is that Halifax County will become the next “hub” like Charlottesville or Lynchburg for city folks looking for a weekend getaway.

The need for a weekend getaway is one that the Gordon’s, who lived the urban life in the northern Virginia city of Springfield prior to their move to Halifax County, understand all too well.

Looking around their Springfield plantation with more than 170 years of history and not a high-rise building in sight, Kelly Gordon says:

“This is how we envisioned our future.”