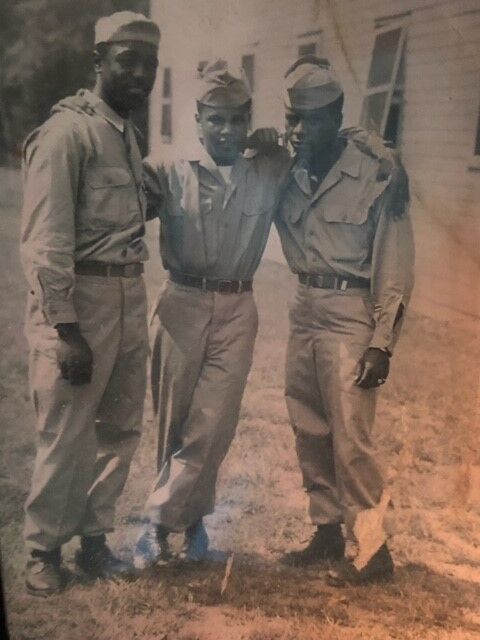 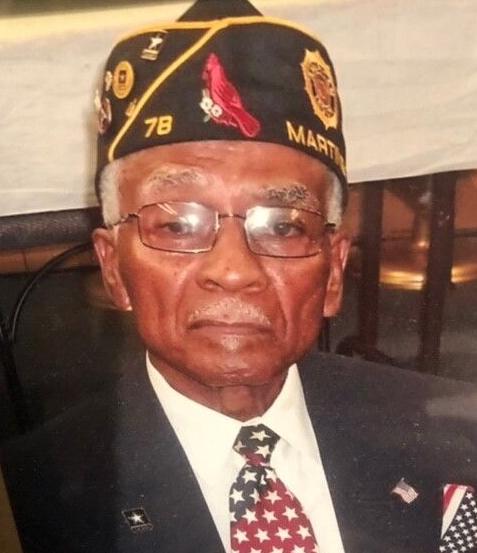 The Fry, Jordan & Wilson/Ward Burton Wildlife Foundation Veteran of the Month for September 2020 is the late Junior Thomas.

Thomas was drafted into the U.S. Army in 1944 and served in WWII in ETO Germany. He was honorably discharged in 1946 from the 3rd Army Engineer. He returned home to Bassett and worked 30+ years for Bassett Mirror Company.

He was an avid baseball player, playing shortstop for the Bassett Tiger Team.

He was a Deacon of Greater Love Ministries and was a renowned singer. He sang in the Quartet Singing Group and The Greater Love Men’s Group.

He married his late wife, Mary Elizabeth Brown Thomas, in 1949. They were married for 64 years. They had one son, Kim Thomas of Martinsville, a grandson, granddaughter and great granddaughter.

Thomas passed away on Sept. 20 prior to us being able to present him with this honor. He was 94 years old. His son, Kim, accepted the plaque for him.