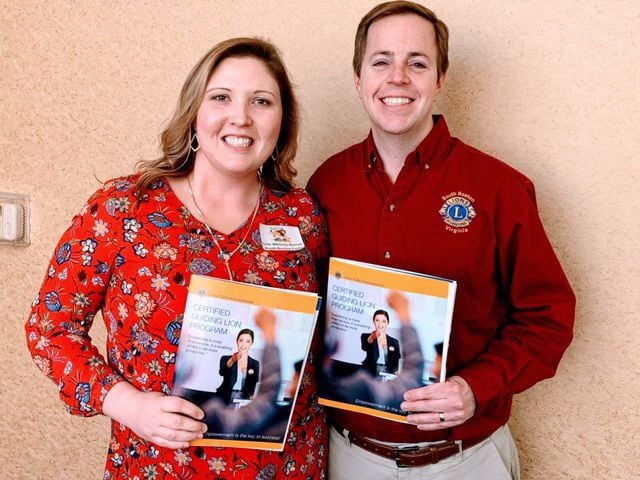 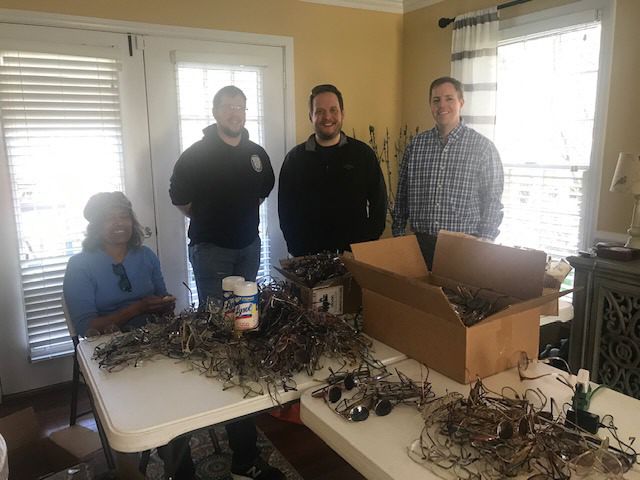 Members of the South Boston Lions Club have been keeping busy over the last few weeks.

On Feb. 29, Lion president Winston Harrell and Lion Whitney Harrell attended the District 24-I Winter Conference in Williamsburg. They completed the Guiding Lion training which gives Lions the tools they need to strengthen their current club and start new clubs.

One of the major service projects of the South Boston Lions Club is collecting gently used eyeglasses to distribute to people in need. On March 7, five members of the club cleaned, sorted and scored more than 1,000 pairs of used eyeglasses. These eyeglasses will be given to Gleaning for the World in Concord.

The Lions Club continues to accept gently used, unbroken eyeglasses. They are unable to reuse lenses that are not in eyeglass frames.

Used eyeglasses may be dropped off at either of the two Harmon Eye Centers in South Boston.

The South Boston Lions Club has been serving Halifax County since 1927 and are always looking for community minded residents to join the club.

Anyone interested may attend the next meeting at 6 p.m. March 17 at Darby’s Tavern.