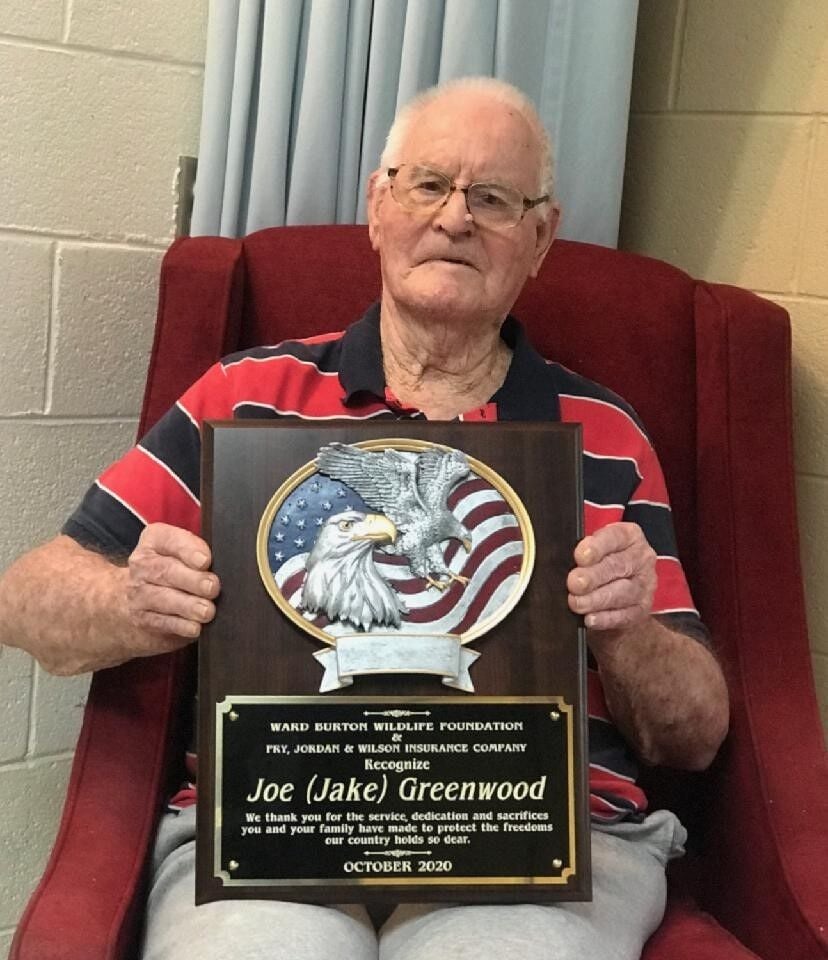 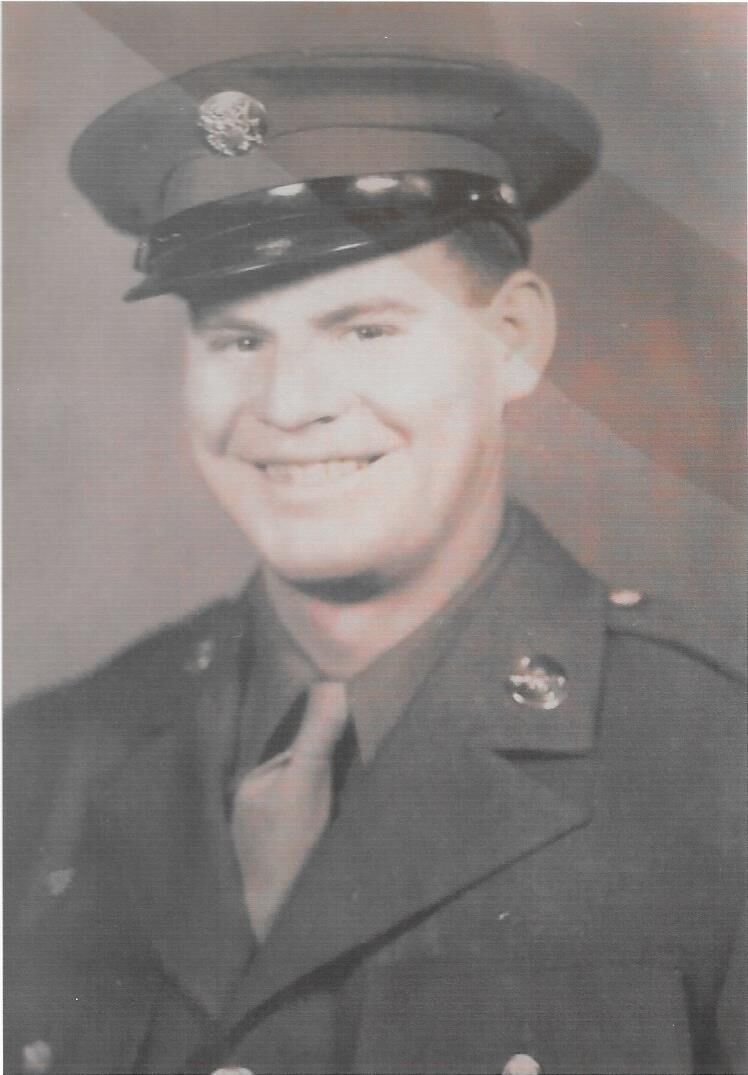 Joe “Jake” Greenwood was drafted into the U.S. Army in 1943 and was deployed to Germany where he served during WWII.

He was deployed to Germany where he served during WWII. He was honorably discharged in 1946. He returned home to the Vernon Hill community to farm tobacco and raise cattle.

“A special thank you to Michelle Newton for her nomination of Mr. Greenwood and for presenting this honor to him,” said Lisa Strange with Fry, Jordan & Wilson/Ward Burton Wildlife Foundation.