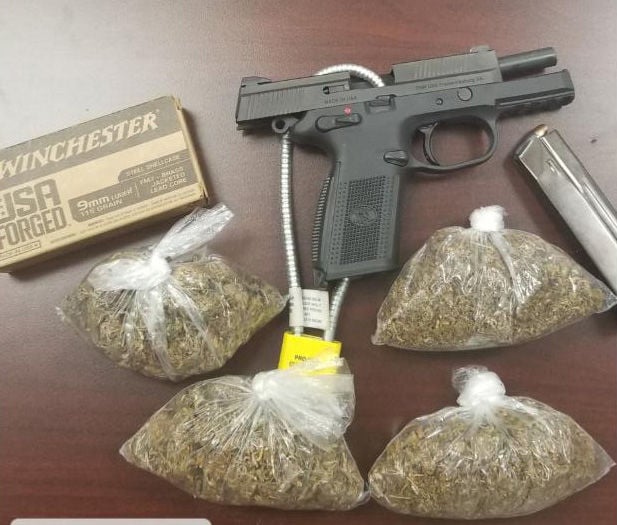 During the course of a traffic stop on Wednesday in South Boston, deputy C. G. Martin located these bags of suspected marijuana and a 9mm handgun. Arrested on the scene and transported to Blue Ridge Regional Jail was the driver of the vehicle, 28-year-old Ta-Quan Edward Logan of Poplar Creek Street, South Boston, who faces a felony drug charge of possession with intent to distribute marijuana, a misdemeanor charge of possession of a concealed weapon and a misdemeanor charge of having expired tags. 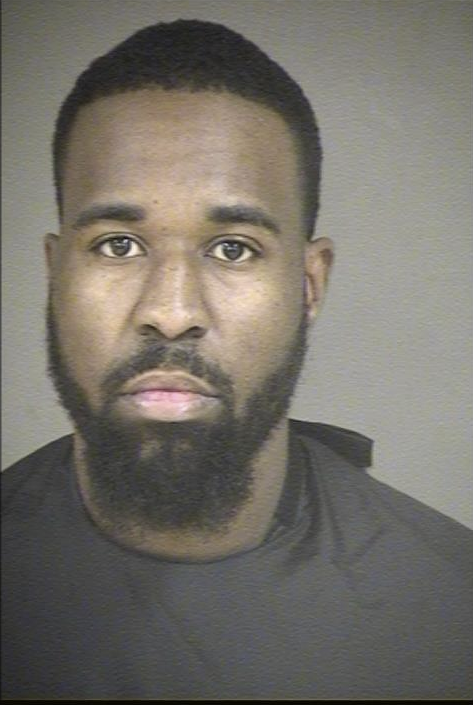 The arrest was the result of a traffic stop in the town of South Boston.

During the course of the stop, Martin located several bags of suspected marijuana and a 9mm handgun, Clark said.

Logan, the driver of the vehicle, was arrested on the scene and transported to Blue Ridge Regional Jail where he was held on a $1,500 secured bond.

In other area arrests:

• Lisa Marie Wilborne, 43, of Philpott Road, South Boston faces a misdemeanor drug charge of possession of marijuana and a misdemeanor charge of assault and battery of a family member.

• Brittany Elaine Coleman, 27, of Wickham Street, South Boston was issued a misdemeanor surety capias on Thursday for an alleged offense that occurred Wednesday.

Lt. R. Redd served the warrant Monday, and Hill was released on summons.

• William Edward Rogers, 60, of Mountain Road, Halifax faces charges of driving under the influence of alcohol or drugs and having no valid registration.

Officer R. B. McGuire served the warrants Tuesday, and Rogers was held on a $2,500 unsecured bond.