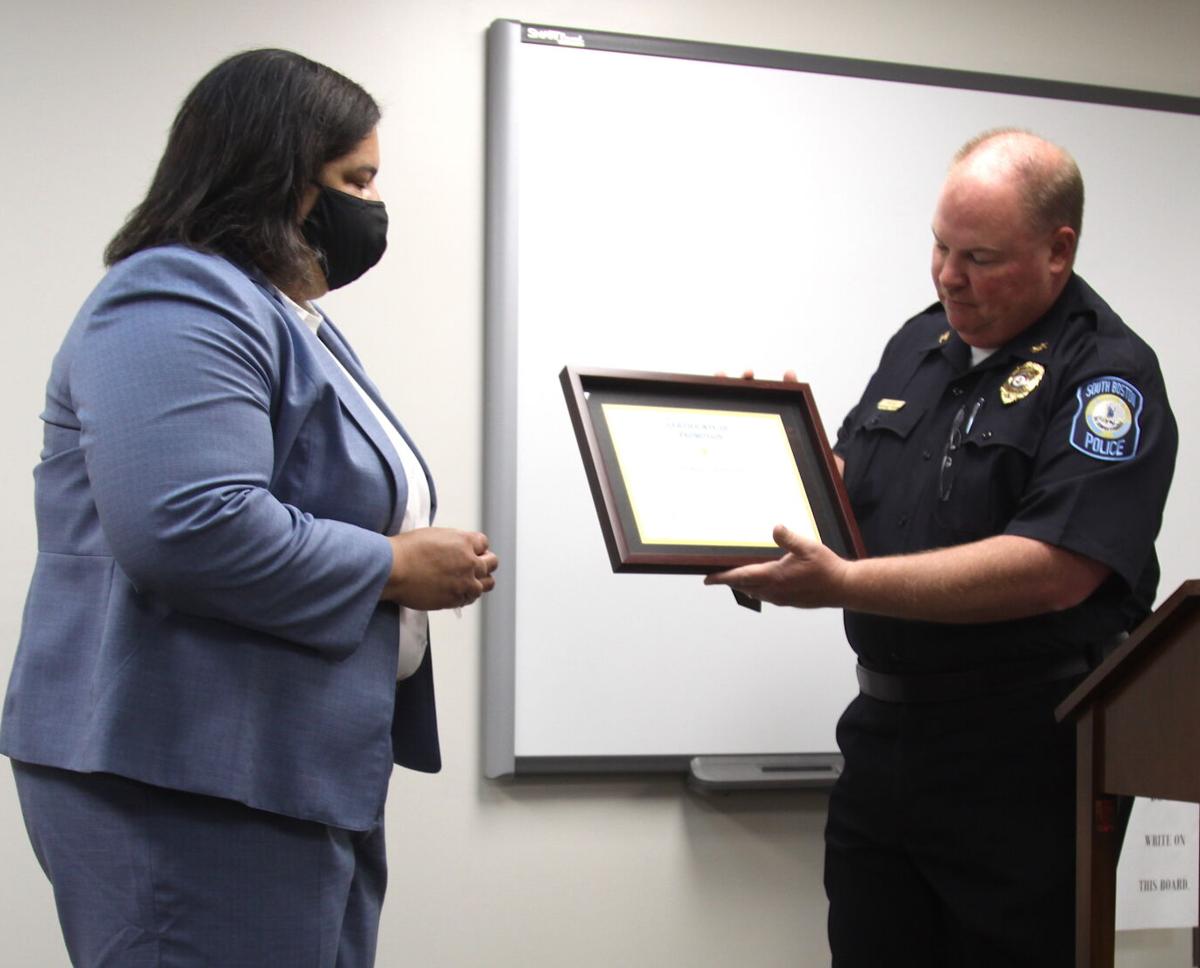 South Boston chief of police shares the reasons for Lt. Tiffaney Bratton’s promotion from sergeant to lieutenant of the South Boston Police Department’s investigations division before presenting her a certificate of promotion in April in the police department’s training room. 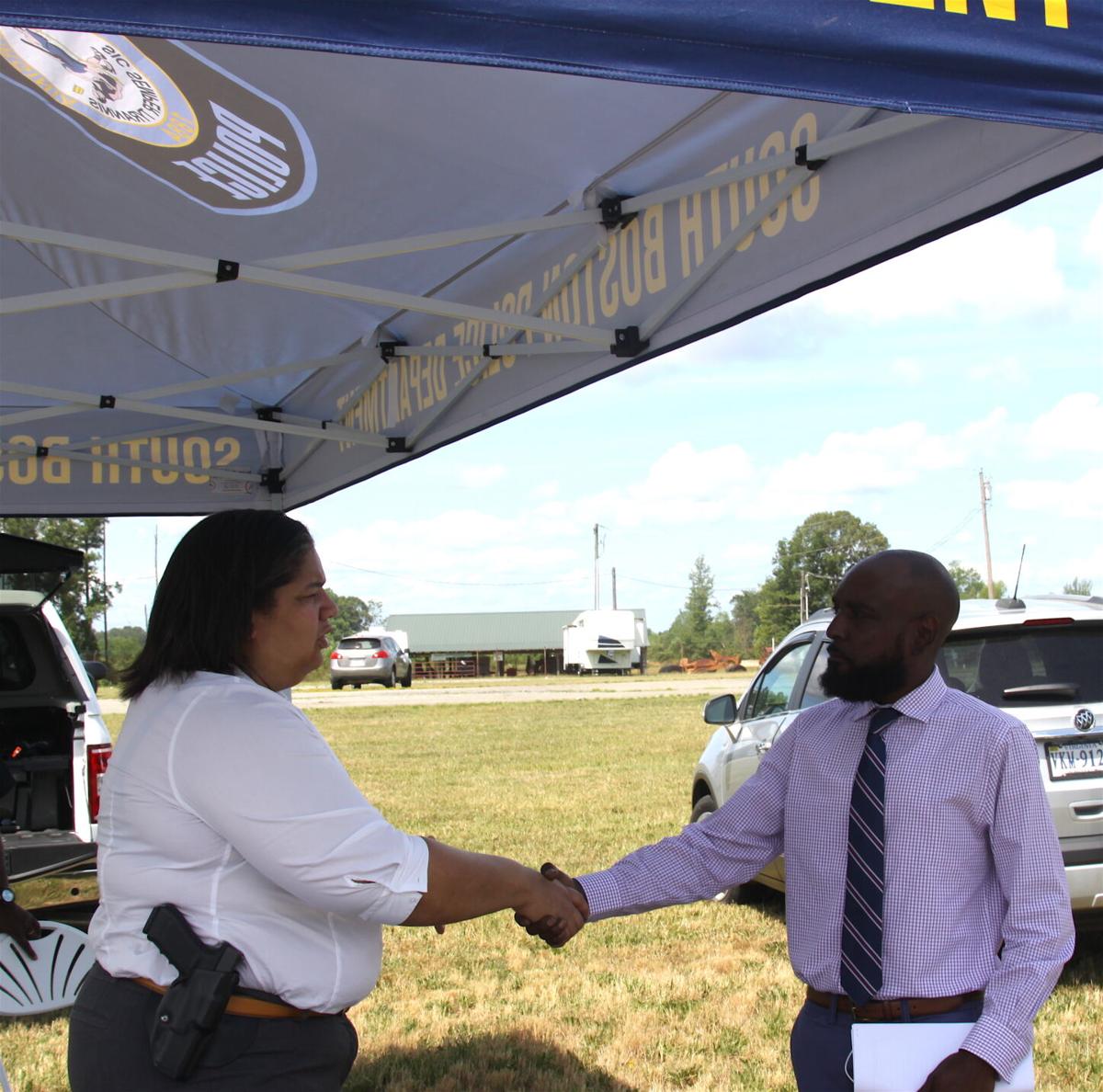 South Boston chief of police shares the reasons for Lt. Tiffaney Bratton’s promotion from sergeant to lieutenant of the South Boston Police Department’s investigations division before presenting her a certificate of promotion in April in the police department’s training room.

She turned herself into Virginia State Police at Blue Ridge Regional Jail and was released on a $2,000 unsecured bond.

Bratton also was terminated from the police department Wednesday.

Young explained Thursday that the audit was part of their accreditation process.

The July audit followed Bratton’s April promotion from rank of sergeant to lieutenant, head of the police department’s investigations division.

She was the first female lieutenant in the department’s history.

Bratton joined the South Boston Police Department in 2006, after starting her career in law enforcement at the Halifax County Sheriff’s Office. She quickly moved through the ranks of the police department.

As a result of the investigation, Bratton was placed on paid administrative leave on Aug. 16, as stated in the town officials’ statement.

The town of South Boston has been made aware of the criminal charges, the statement also said.

“The town of South Boston has fully supported Chief Bryan Young throughout this process,” said town manager Thomas Raab. “We have a zero-tolerance policy for unlawful actions of this nature, and are grateful for the work of our auditors in discovering this case.”

“We are saddened by this news. Our officers and staff are held to a high standard and the actions described in these charges certainly do not meet those standards,” Young said.

But, even with the accusations that lay before Bratton, Young feels that she should not be judged and that people should remember her accomplishments with the department.

“It’s important that we can’t judge people by one or two mistakes. I hope they also understand that someone like Bratton with 20 plus years of experience had a positive performance and outstanding relationship with the community. It doesn’t justify wrongdoing, but we as a staff, community and profession are more to a person that one or two missteps,” he added.

Once state police completed its investigation, the criminal investigative findings were turned over to a Lynchburg Assistant Commonwealth’s Attorney, the special prosecutor assigned to the case.

Bratton is due in Halifax County General District Court Oct. 28 for a preliminary hearing.