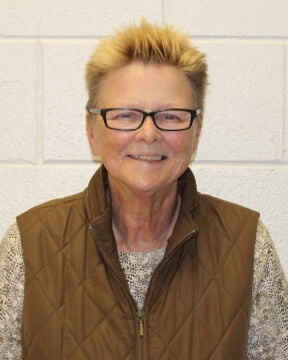 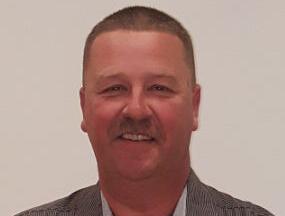 The former chairman of the Halifax County School Board, ED-6 trustee Todd Moser, is now the vice chairman, and ED-1 trustee Kathy Fraley is the new chair after the board reorganized when they met Monday evening.

This decision came following four failed tie votes, and two people withdrawing their nomination. Those actions also led to a discussion on adding a tiebreaker to the school board.

Last year’s chairman, Moser, was originally nominated for the post again along with Fraley.

Lloyd nominated Moser and McDowell seconded the nomination. That motion also failed in a four to four vote with Fraley, Garner-Coleman, Potts and ED-5 trustee Freddie Edmunds voting no.

Moser then withdrew his nomination saying, “I was glad to serve last year as your chairman, and I’m not going to let the board go through this… I will not sit here and let this happen to this board.”

The board could not move forward with their meeting without the election of a chair.

Moser then nominated Fraley for chair, and Garner-Coleman seconded the nomination. That vote passed with Lloyd and McDowell voting no.

Fraley then told Moser, “Thank you for your support this evening. This is not a reflection of your leadership. I can assure you I’m going to be asking for your help in this endeavor.”

The new chairman then opened the floor for nominations for vice chair, and Edmunds nominated Garner-Coleman. Potts seconded the nomination.

That vote failed in a four to four tie with Lloyd, Camp, Moser and McDowell voting no.

That vote also failed in a four to four tie with Fraley, Garner-Coleman, Edmunds and Potts voting no.

Garner-Coleman then decided to take the same stance as Moser had just done for chairman saying, “It’s OK with me if I’m not vice chair... we need unity.”

But, Edmunds then nominated Garner-Coleman for vice-chairman again, which was seconded by Potts. That vote failed with a three to five vote with Garner-Coleman, Lloyd, Camp, Moser and McDowell voting no.

The ED-3 trustee then nominated Moser as vice chairman, and McDowell seconded the nomination. That vote passed with a six to two vote with Fraley and Potts voting no.

Following the election of chair and vice chair, the board unanimously agreed to appoint Robin Mahan as clerk, Joyce Townes as deputy clerk and assistant superintendent Valdivia Hall as the designee to attend school board meetings in the absence of the superintendent.

The board also unanimously agreed to proposed school board meeting dates and times and adopted Robert’s Rules of Order. They will continue to meet on the second Monday of the month at 6:30 p.m. at the Halifax County Middle School cafeteria with the location being subject to change.

Before adopting the agenda for the evening, Lloyd also suggested the board look into options for having a tiebreaker.

“It seems like we’re often stuck with ties and somewhat deadlocked,” said Lloyd.

Halifax County Board of Supervisors unanimously agreed to implement a tie-breaker system effective Jan. 1, 2016 after voters had a chance to select the tie-breaking individual in the Nov. 3 election. This decision came after supervisors were divided for three months.

Lineburg said he had looked into it, and that they could discuss the process at their next meeting.