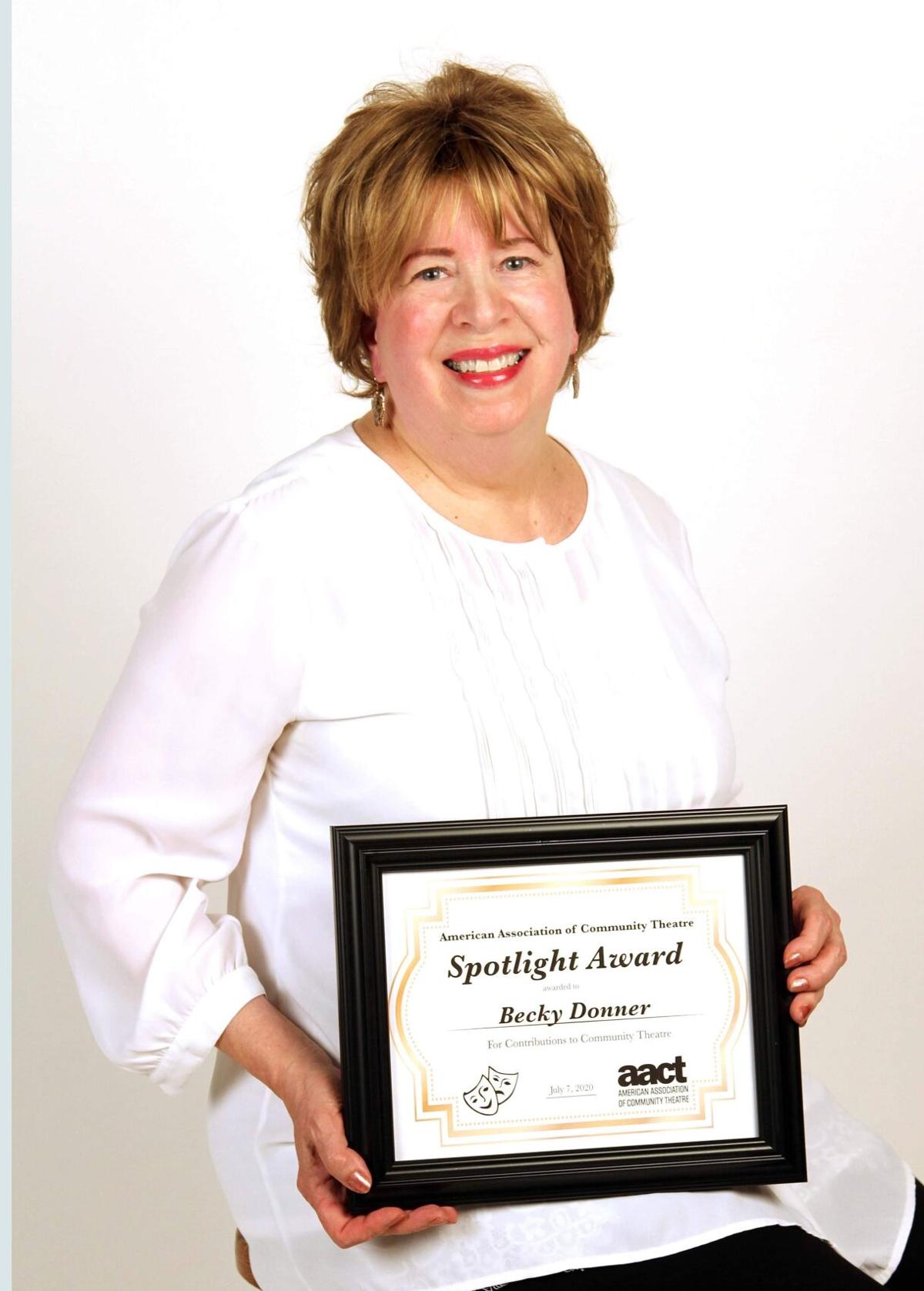 Becky Donner with Halifax County Little Theatre holds her American Association of Community Theatre Spotlight award that she received for spending decades dedicated to the arts and community theatre. 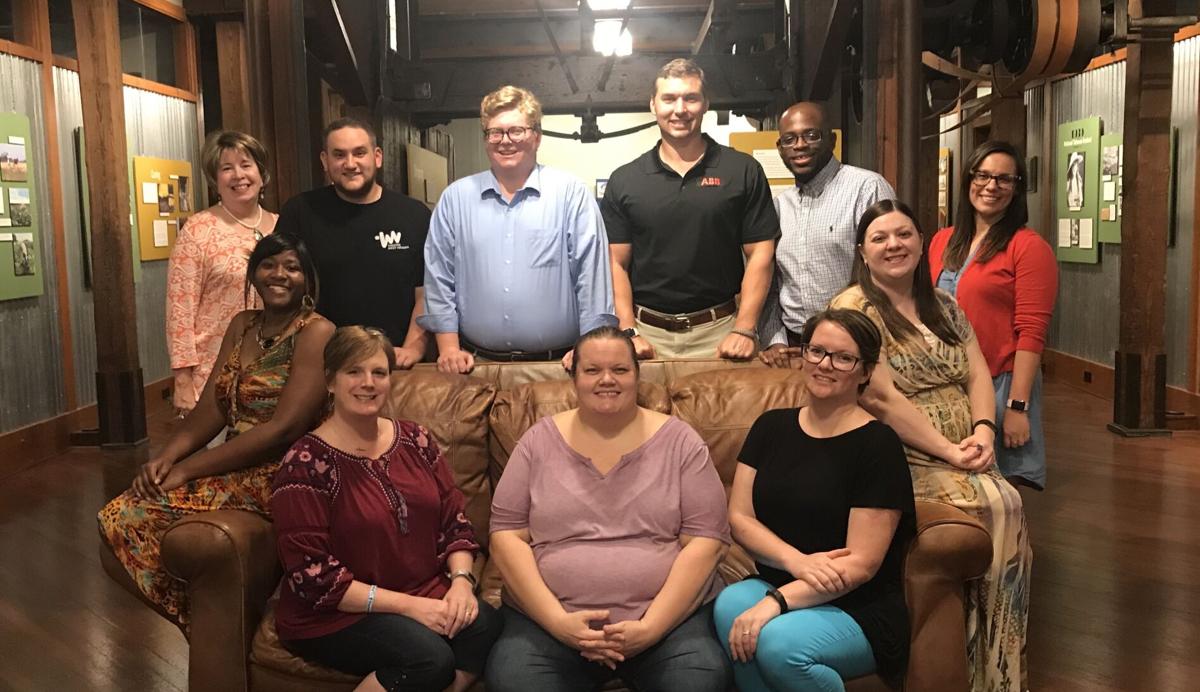 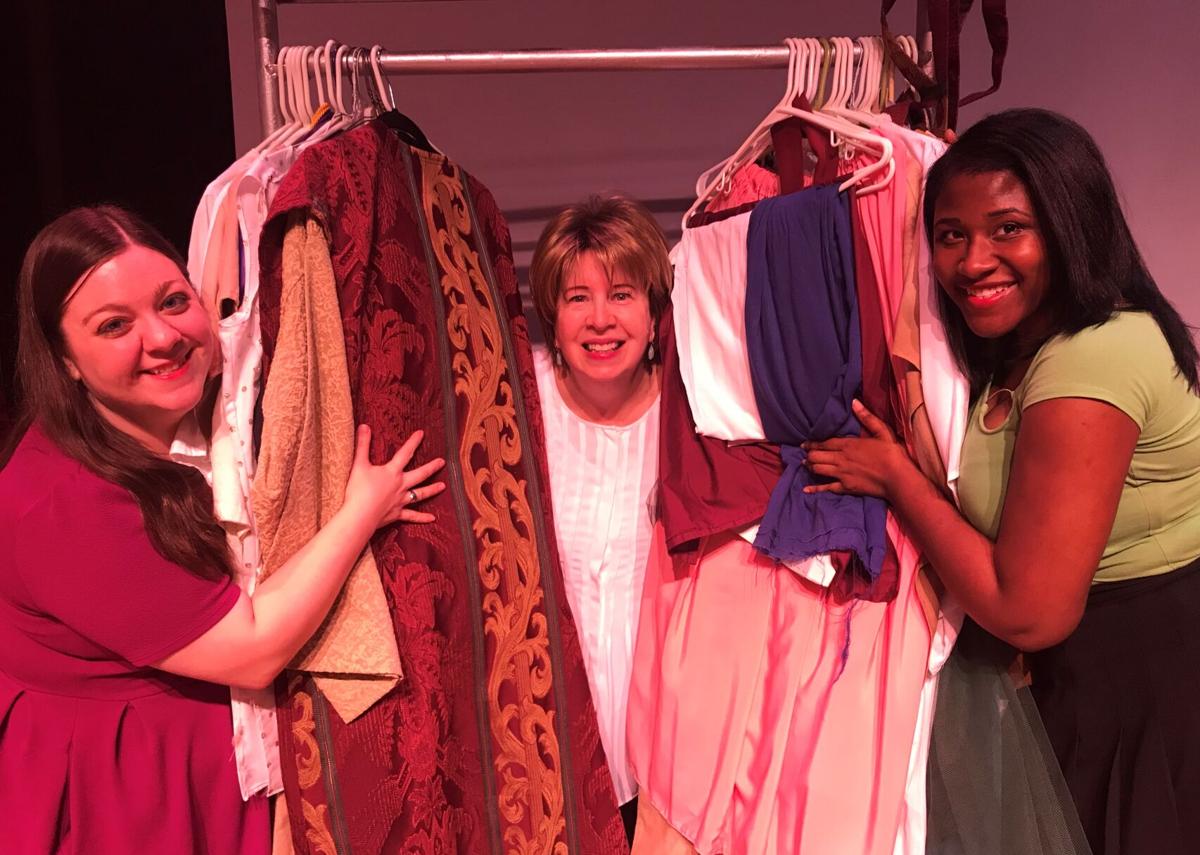 Halifax County Little Theatre’s comedy “Christmas Belles” opened in 2018 at The Prizery. Characters worked hard to complicate the lives of the Futrelle sisters of Fayro, Texas. The humorous antics of Sarah Mandel, Becky Donner (center) and Sharonda Claiborne caused havoc on the stage.

Becky Donner with Halifax County Little Theatre holds her American Association of Community Theatre Spotlight award that she received for spending decades dedicated to the arts and community theatre.

Halifax County Little Theatre’s comedy “Christmas Belles” opened in 2018 at The Prizery. Characters worked hard to complicate the lives of the Futrelle sisters of Fayro, Texas. The humorous antics of Sarah Mandel, Becky Donner (center) and Sharonda Claiborne caused havoc on the stage.

Becky Donner has been an influence to community theatre, and particularly the youth involved in theatre, for more than 30 years.

Not only did she dedicate her life to her students for 33 years as an English teacher and as part of the drama department at Halifax County High School, but also “has been the heart and soul of Halifax County Little Theatre for many years,” according to Sandy Slayton, past president of the theatre board.

She has served on the HCLT Board since 1980, and on the executive board as treasurer for the past 25 years.

Slayton said Donner has worked “tirelessly behind the scenes to keep our theatre running smoothly, to promote HCLT and the arts in our community, and to encourage our growth as an organization.

“She has fulfilled numerous roles onstage and behind the scenes for HCLT, and has been the driving force in our efforts to be more inclusive in the audiences we serve,” she added.

Over the summer, Slayton and other members of the theatre recognized Donner for her contributions by presenting her The AACT Spotlight Award.

“It was a wonderful celebration…Becky was thrilled and touched. We made a tribute video with 40 people from her theater world and family contributing short videos telling her what she has meant to them and to theater in Halifax County,” said Slayton.

The AACT Spotlight Award partners the American Association of Community Theatre with theatres to recognize individuals and organizations for long or special service that have had a significant impact on the quality of their local theatres, according to Darlene DeLorenzo of AACT.

Announced by AACT, and presented locally, the Spotlight Award allows member theatres across the nation to recognize special local achievement.

“Becky’s contributions to Halifax County Little Theatre, and the arts in her community, confirmed that she was certainly deserving of the Spotlight Award!  Her nomination letter says it all,” said DeLorenzo.

The nomination letter closes with Slayton writing, “Becky really is a shining star of our Little Theatre. She deserves all the accolades we can give her.”

“Her efforts have resulted in our building relationships with diverse organizations and community leaders,” said Slayton.

Her nomination letter also says Donner volunteers at The Prizery. She also ushers, mans the box office, writes articles for publicity, and as part of several organizations provides meals for the visiting casts of The Prizery’s Summer Theatre program.

“Becky is the face of HCLT in our community. She is our best liaison with The Prizery, where we rehearse and perform; smoothing out scheduling conflicts, talking through potential problems and standing up for us in the most diplomatic way imaginable when necessary,” said Slayton.

She touted Donner’s willingness to encourage the board to travel to see what other theatres are producing, and she regularly travels to se plays from Barter to Dogwood Dell to Durham Performing Arts Center.

Slayton called Donnar the “go-to person” for ordering scripts, and also said she invites others with HCLT to read plays at each other’s homes, plans friend trips, and shares websites. They say she was instrumental in planning the HCLT board’s trip to the AACTFEST in Gettysburg last summer.

“Becky looks after the interests of HCLT and the growth of every board member as we take on new roles in productions, giving advice and encouragement and following through with any support needed. She encourages us to be both professional and creative with our resources,” Slayton wrote in the nomination letter.

In other roles, Donner proofreads and edits articles, contacts the appropriate places for items that need ordering, is there to “talk through challenges late at night,” rings home-baked treats for the set construction crew and supervises many set strikes.

The board credits her for “singlehandedly” heading up their membership drive yearly, which entails many hours of updating their mailing list, writing copy for their brochure, overseeing the design of the brochure, organizing the mass mailing and writing personal thank you notes to their patrons.

To recognize Donner for her hard work and dedication, the board originally planned to present the award to her on the opening night of Second Samuel, which she was directing and was scheduled to be on The Prizery stage in April. They had hoped to have a reception in her honor.

With the coronavirus pandemic shutting down most of the nation in March, they “made contingency plans, postponed, changed and hoped for things to get safer.”

When that didn’t happen, they decided to honor Donner at their first and only face-to-face meeting since the pandemic began. Board members and three close friends, all wearing masks and social distancing, were the only individuals present.

The board presented Donner flowers and gifts, read the nomination essay to her and presented a tribute video for her.

“Working with you has been a great pleasure. I’ve learned so much,” Erin Thackston said in Donner’s tribute video.

Her husband, Mark, followed saying, “Becky, I thank you not only for the little theatre but for years of educating young people in this community. Erin and I have always felt very, very honored and comfortable bringing these two beautiful children down to you and letting you teach them the basics of theatre in a very loving manner, in a very a patient and a very classy manner, and for that, we are internally grateful.”