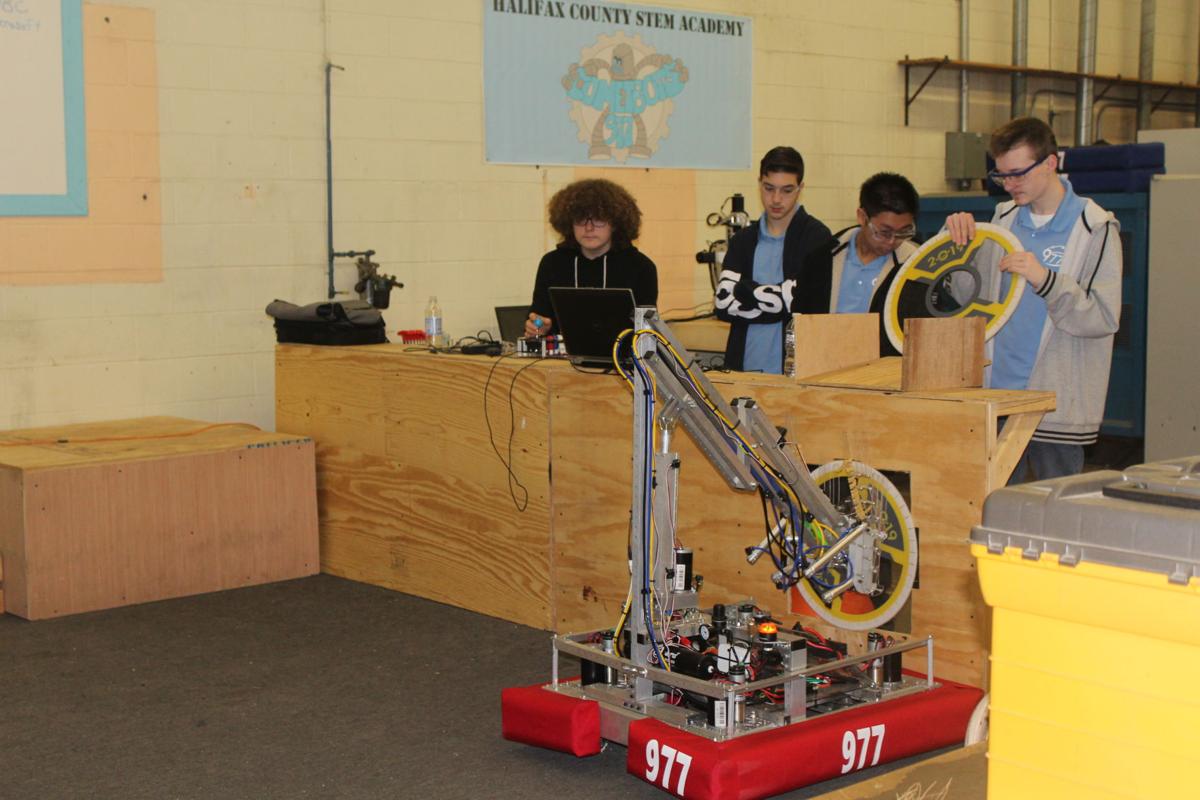 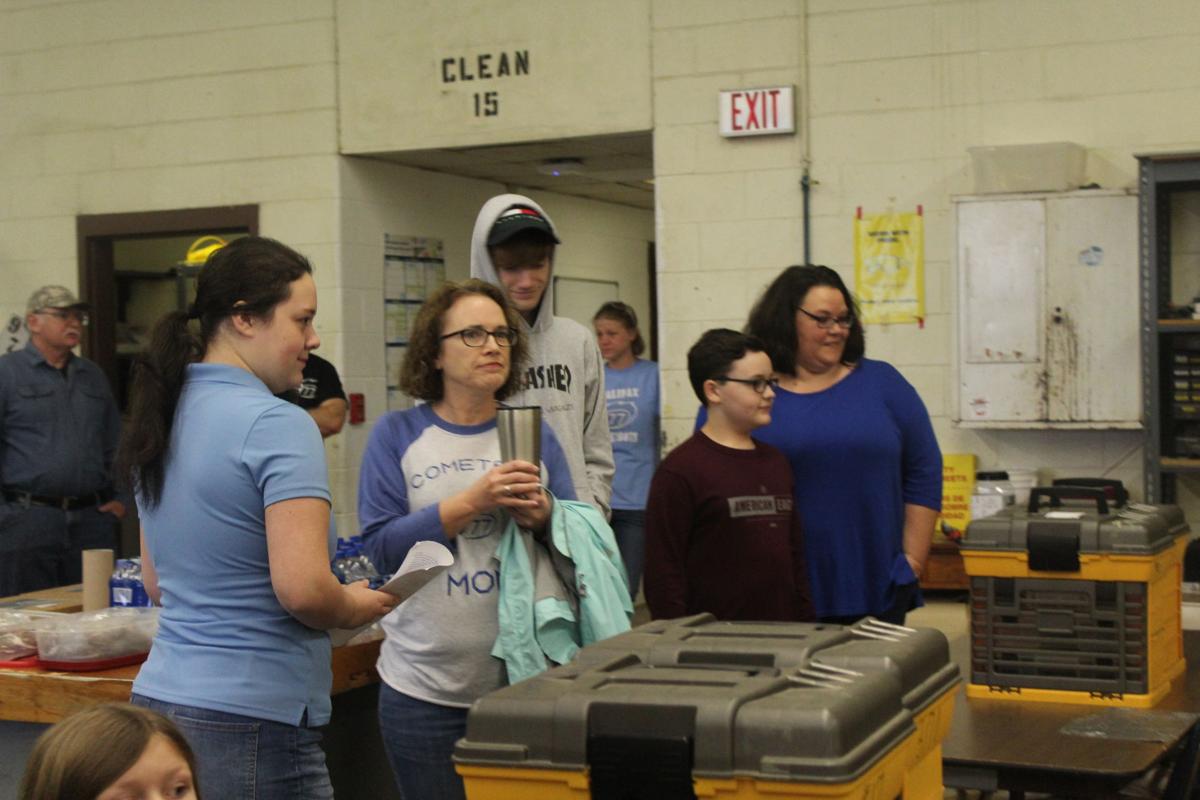 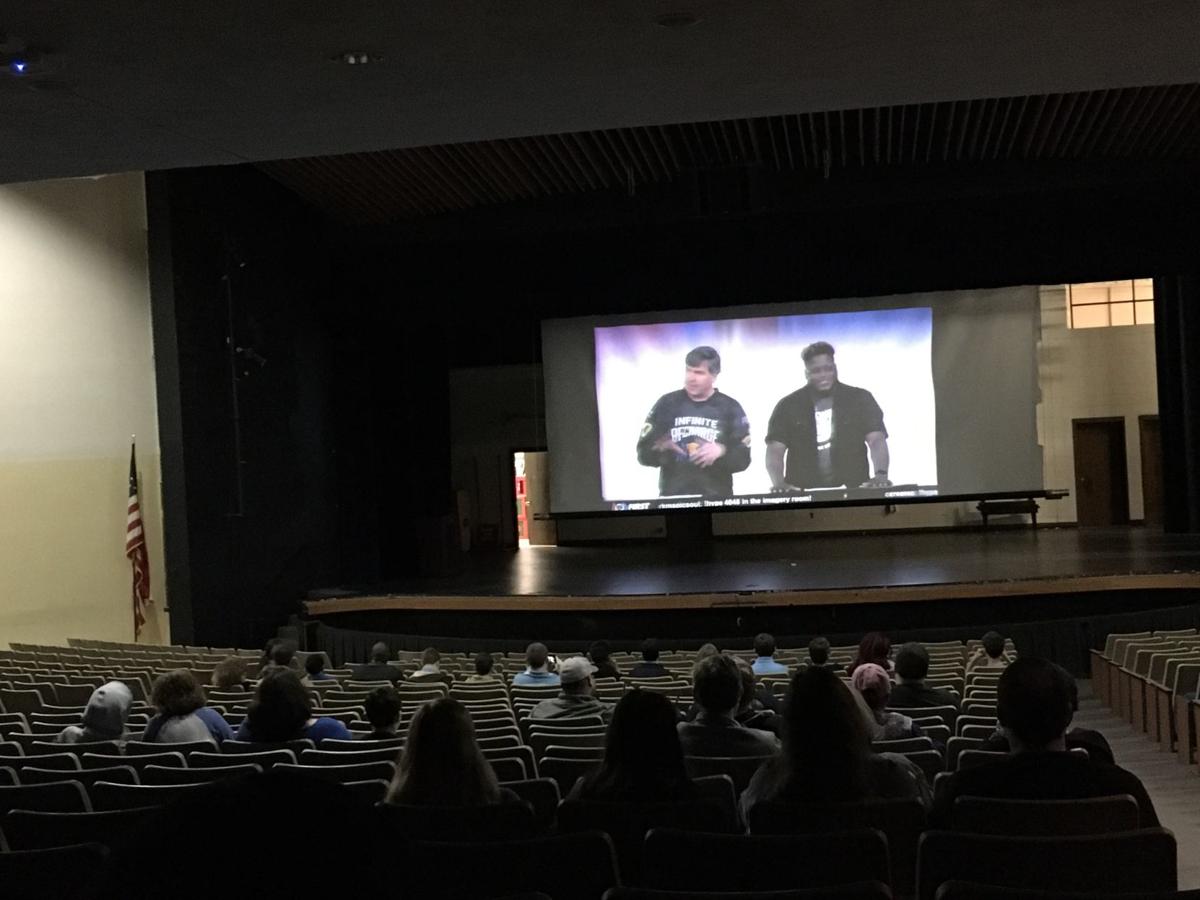 For the next six weeks members of Halifax County High School robotics team, Cometbots, will design, build, program and test a new robot to compete in a new game, Infinite Recharge.

Before learning about the new game Saturday morning, team members gave tours of their shop and pit as well as gave demonstrations with last year’s robot.

At 10:30 a.m., guests were invited to the auditorium to watch the FIRST broadcast that shared details about the game field for Infinite Recharge, a new robotics game part of the FIRST RISE, powered by Star Wars: Force for Change season.

FIRST has teamed up with Lucasfilm and parent company Disney as part of the Star Wars: Force for Change philanthropic initiative to inspire the next generation of heroes and innovators, creating a place where collaboration and collective wisdom can elevate new ideas and foster growth.

FIRST RISE empowers FIRST participants to explore the future of cities and architecture, building communities filled with inspiration, creativity and — most importantly — hope.

In Infinite Recharge, two alliances work to protect FIRST City from approaching asteroids caused by a distant space skirmish. Each alliance, along with their trusty droids, race to collect and score Power Cells in order to energize their Shield Generator for maximum protection.

To activate sections of the Shield Generator, droids manipulate their Control Panels after scoring a specific number of Power Cells. Near the end of the match, droids race to their Rendezvous Point to get their Shield Generator operational in order to protect the city.

The Cometbots also received the Kickoff Kit from the Kit of Parts, which is made up of motors, batteries, control system components, construction materials and a mix of additional automation components – with limited instructions.

Teams begin participating in one or more of the global 173 Regional and District events in late February.

Last year, the Cometbots made it all the way to the FIRST World Competition ending the season in 18th place out of 127 teams in the district, and they hope to be even more successful this year.