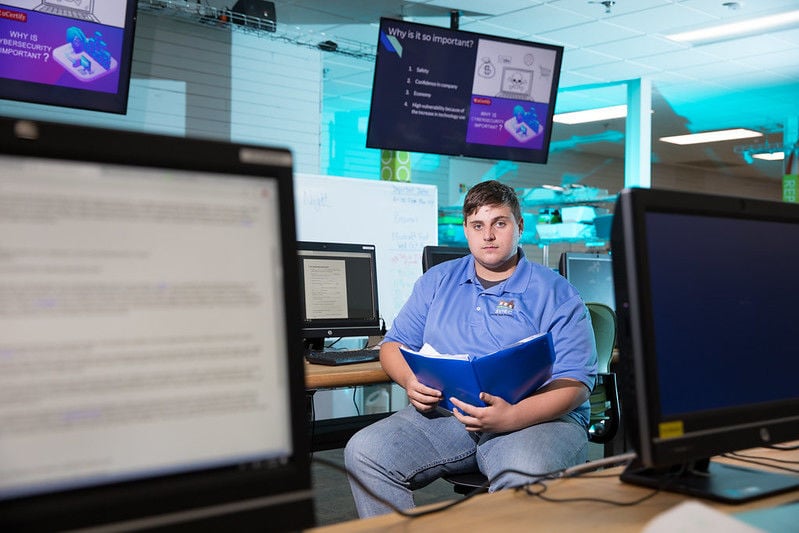 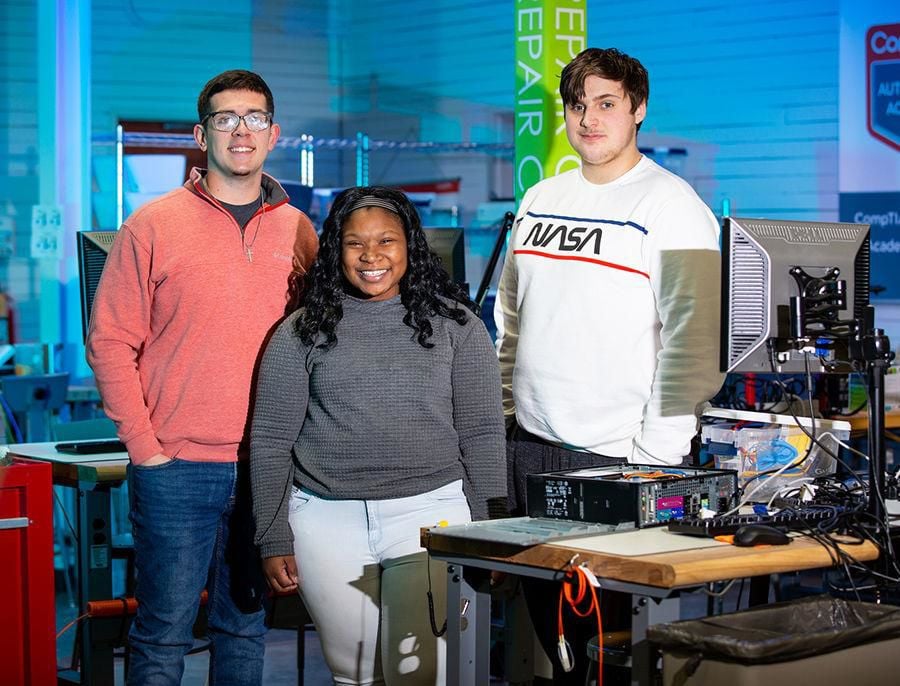 It had always been a dream of 17-year-old Eli Evans to build something of his own design for the public’s use, and a recent internship allowed him to do just that.

He was completing an internship with Propel GPS when he built a camera using Sothern Virginia Higher Ed Center’s 3D printing capabilities.

“I was six years old telling people I wanted to build robots,” said Evans. “I always had a fascination with it.”

Eventually he was tasked with finding a camera for under $99, but he quickly realized it would be easier for him to build one himself.

“A lot of models we would have to rent, some just weren’t up to our expectations and others you had to pay a monthly subscription for software,” said Evans.

The camera he created is a video surveillance camera that truck units or trailers could use on their vehicle, and he’s able to adapt it to suit a customer’s needs.

Even though he was “extremely nervous,” when creating the camera, he was able to use a lot of the skills he learned from robotics such as CAD skills. CAD stands for computer-aided design.

“Thank you to (robotics instructor) Adam Reeves for spending as much time with me as he did and teaching me what he did,” said Evans.

The camera, he said, holds a microcomputer that allows for video to be backed up on a sever at any location.

The Halifax County School System plans to use the camera first testing it out at Sinai Elementary before expanding it to other areas.

Evans first began to learn those CAD skills when he joined robotics in 2018 and started working with Reeves.

He was one of the first students at the high school to learn CAD and started off on the team as a technician then became lead machine.

“Witnessing the team grow and to be able to teach other students has been amazing,” said Evans.

Last year the Cometbots made it all the way to the FIRST World Competition in Detroit, Michigan. Members of the team called it a successful run after landing 18th out of 127 teams in the district.

And Evans was even more ready to show off capabilities this year.

“It had been an impressive, stressful six weeks (building their robot for this year). We had built our smartest robot. It was able to make decisions without direction,” said Evans.

“I hate that this season got cut short.”

This year, he said, the robot was going to be able to use reflective tape to determine how high or high far away a goal is in order to shoot a ball in it.

“In 2018, we really broke out as a team. It became very popular. It’s been wonderful,” said Evans of his time with the Comebots.

Now that his senior year was cut short in March due to the coronavirus pandemic, he was only able to make it to one competition this year.

Missing those competitions, prom and other senior events has been “upsetting” for Evans.

“Not being able to finish as we had hoped, it’s disheartening,” he added.

But, he’s trying to look ahead and will be continuing his work with Propel GPS after graduation.

The Halifax County High School graduate is the son of Candice and Robbie Evans of Cluster Springs.