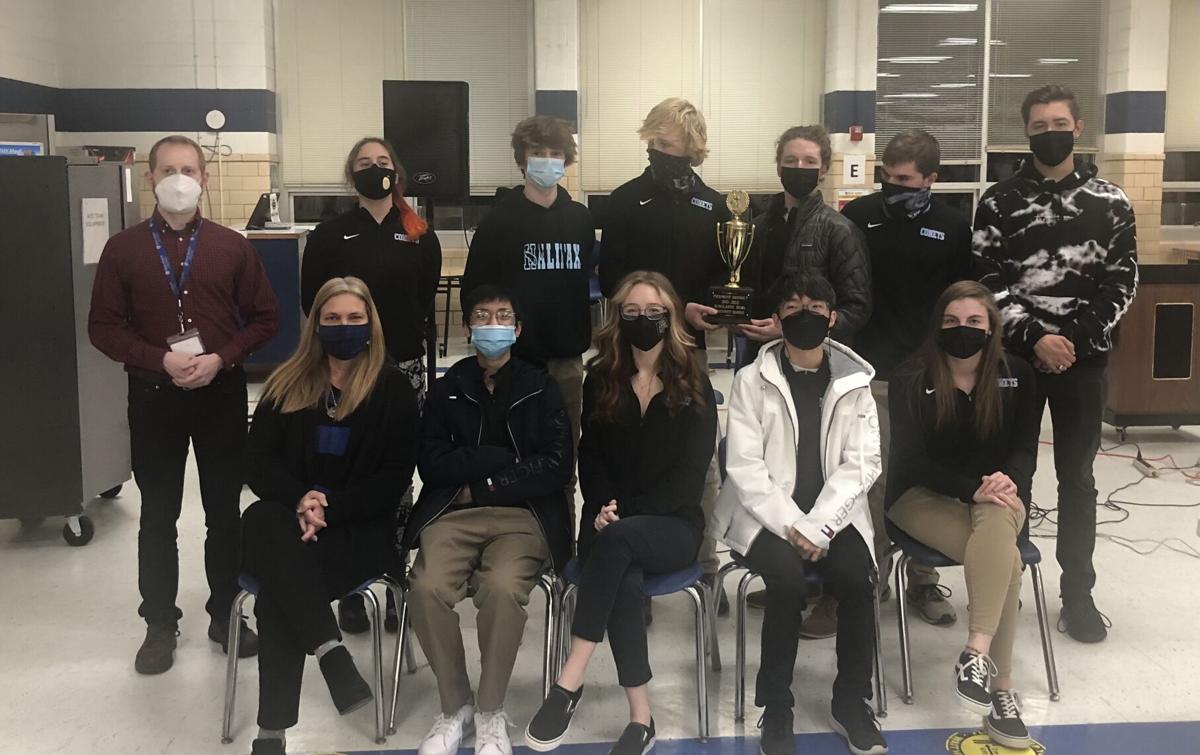 Members of the Halifax County High School’s Ace team celebrates with their Piedmont District champion trophy on Wednesday. The ACE team is on their way to compete in the 4D Regional Tournament in Blacksburg on Jan. 29 after winning their regular season on Monday and then winning all matches in a tournament on Wednesday. 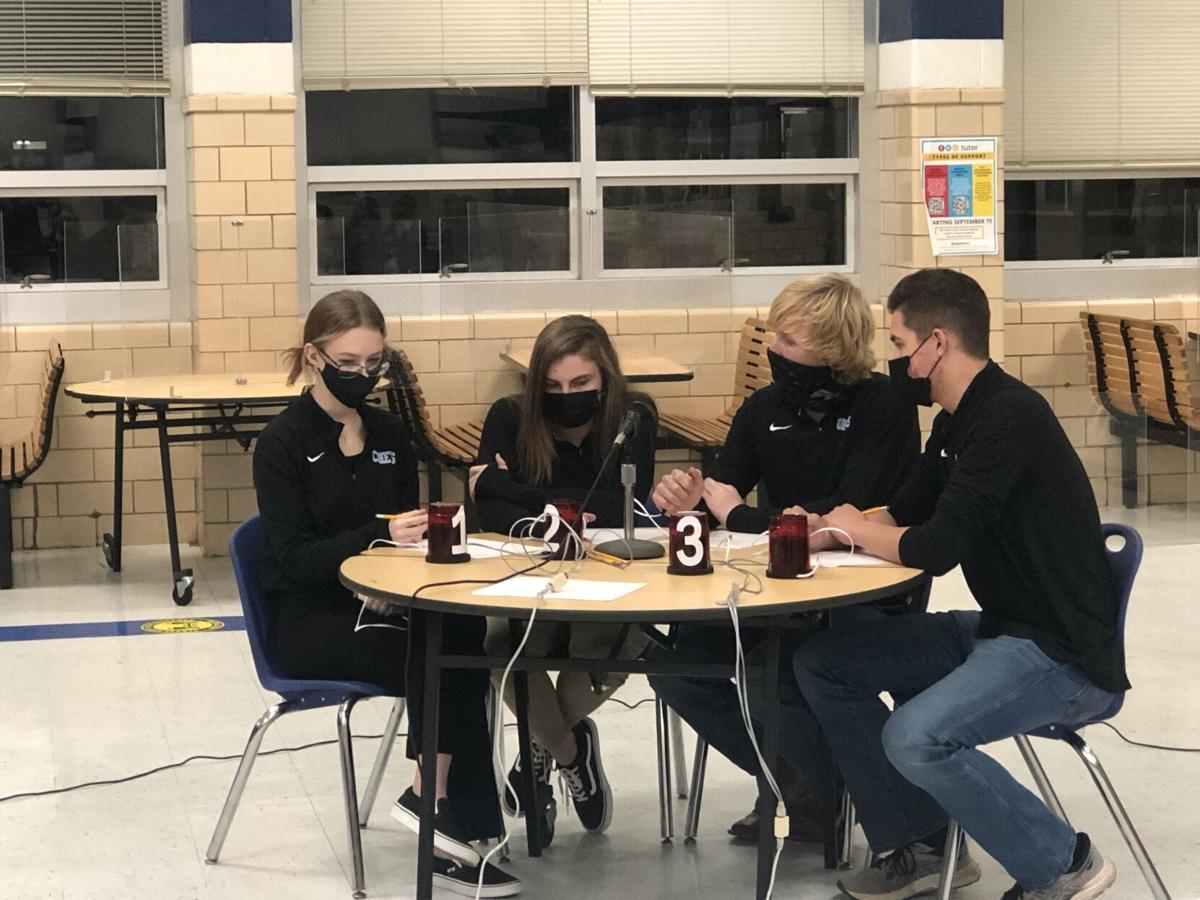 Halifax County High School’s ACE team is on their way to compete in the 4D Regional Tournament in Blacksburg on Jan. 29 after winning their regular season on Monday and then winning all matches in a tournament on Wednesday.

Since Halifax was the regular season champions, Halifax had a bye in the first round on Wednesday. There were seven teams present, and the tournament was a double elimination round.

Halifax won all three of their matches against Bassett and Tunstall.

The night kicked off with Halifax beating Bassett 230 to 115.

During their first toss-up session against Bassett, Halifax cumulated 100 points with Justin Pool and Andrew Kim each contributing three of those points.

The directed session that followed ended with Halifax earning 70 points compared to Bassett’s 40.

Competing in the directed session were Francesea Protenza, Preston Simpson, Pool and Kirkhart. In this round, they have to answer collectively as a team.

Halifax and Bassett tied with 60 points in the second toss-up session with Kirkhart and DeVera each earning 20 points. Kim and Pool contributed 10 more points apiece.

Competing against Tunstall in the second match, Halifax won with 185 points while Tunstall had 135.

The match began with taking the lead in the first toss-up session with Tunstall earning 70 points compared to Halifax’s 45.

Kirkhart once again lead the team with 30 points, and Pool and DeVera each added another 10 points apiece. DeVera also caused the team five points due to an incorrect interruption.

Halifax came back during the directed session earning 60 points compared to Tunstall’s 10. DeVera, Kim, Kirkhart and Pool competed together in that session.

The second toss-up session ended with Halifax having 80 points while Tunstall only earned 60.

Kim led the way for Halifax with 30 points, while Pool and DeVera added 20 points apiece and Pool added another 10.

Their last match of Wednesday’s tournament ended with Halifax defeating Tunstall 200 to 150.

Halifax won the first toss-up session with 90 points compared to their 30. During that session, Kirkhart and Pool both led with 40 points and Kim added another 10.

The directed session with DeVera, Kim, Kirkhart and Pool competing ended in a tie with both teams earning 50 points.

The second toss-up session ended up Tunstall taking the lead with 70 points compared to Halifax’s 60. Kirkhart had 30 points while Pool had 20 and Kim had 10.

But, Tunstall still didn’t have enough points to take the match.

The ACE team finished the season 11 to 1 with 2,165 points earned in the season. They had an average of 180 points per match.

Tunstall was second in the district with a record of 10 to 2.

In their matches with GW, they finished their first match with a final score of 200 compared to their 55.

The first toss-up session ended with 120 points for Halifax and 10 for GW.

Pool led the team in the first toss up session contributing 60 points.

During their directed session, where they answer questions as a team, Halifax earned 50 points while GW had 10.

Poole, Kirkhart, Savannah Overby and Simpson worked together during that session.

During the second toss up session of the first match, Lanson Jones added in another two points and Potenza earned another 10 giving Halifax 30 more points to total 200 for the first match.

The second match started off with Halifax earning 55 points compared to GW’s five.

Pool and Kirkhart both earned 30 points in that toss up session, but Simpson caused them five points due to an incorrect interruption.

Pool and Kirkhart then joined Potenza and Andrew Kim for a directed session where they earned 80 points. GW did not manage to get on the board during that session.

Going into the second toss up session of the second match, GW gave Halifax a run for their money tying the session with 50 points.

Pool earned all of Halifax’s 50 points in that round.

The second match ended with a final score of 185 compared to GW’s 55.