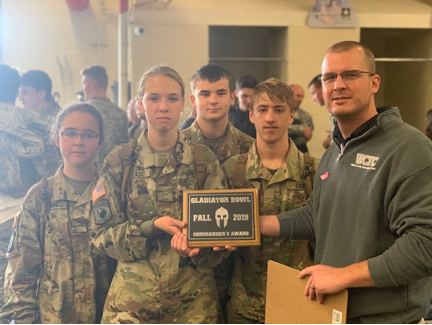 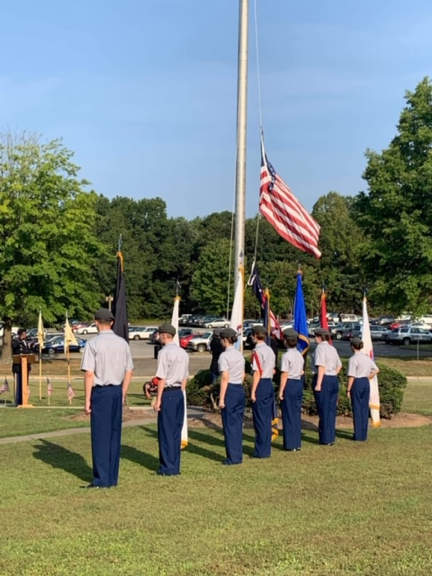 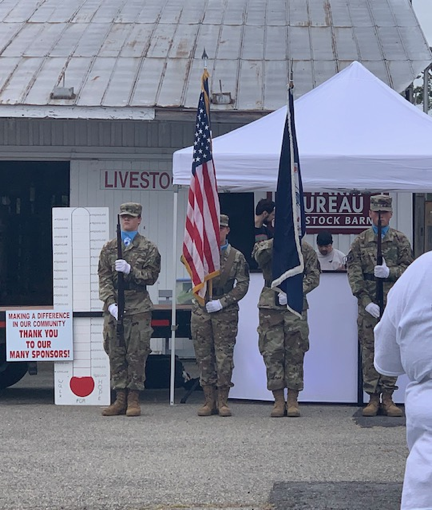 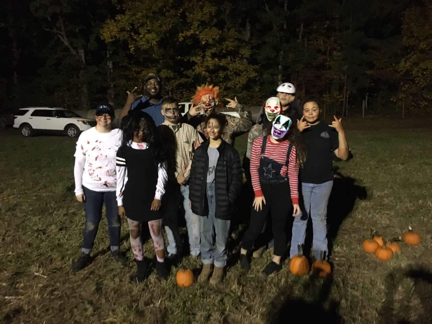 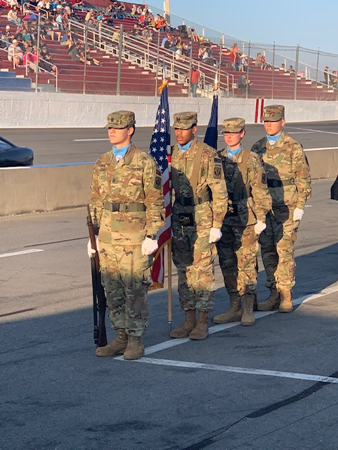 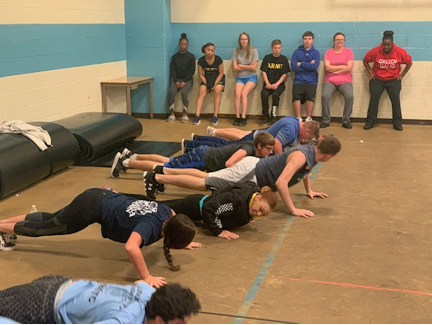 As the Halifax County High School JROTC Cadets enter into another “successful year” of JROTC to an end at the Halifax County Blue Comet Battalion, 1SG Gregory T. Scott would like to thank the parents, guardians and community for their support of the JROTC program.

Additionally, they would like to give a special thanks to American Legion Post 99 for providing sponsorship for the SY 2018-2019, H&M Logging and Sergeant Major Hubert Pannell for “being a tireless leader that has continuously made an impact on the success of our students,” said Scott.

The Comet Battalion has been “very busy” so far this school year.

They placed third in three events at Gretna High School Drill Competition and were awarded the Commander’s Award at the Wytheville Raider Competition.

At Halifax County Comet football games, Color Guard and Raiders Team do push-ups when a touchdown is scored and fires the cannon.

Cadets have helped with the Feed More Food Closet at Sinai and Cluster Springs elementary schools. They plan to begin mentorship at Sinai Elementary School and a clothing closet as well.

The cadets provided support at the Halifax County Fairgrounds at one of the race events and community fair.

This year HCHS JROTC will participate in the Christmas Parade in South Boston and Brookneal.

On Friday, the JROTC will host a Veterans Day Program in the school gym at 9 a.m.

This year, the cadets held a 9/11 ceremony at the flagpole.

One Saturday out of the month, the cadets pick up trash on Dan River Road, their adopted highway for HCHS JROTC.

All of these community events totals over 60 hours, from August to October.

But this is just the beginning. Scott has many “exciting plans” for the 2020 semester.

“While JROTC has been and will remain successful, the community is always giving the cadets the support that is needed. A lot of the support starts from Mr. Michael Lewis, HCHS principal and all the other principals in HCHS,” said Scott.

Scott said all the principals at HCHS support JROTC 110%, and this is what makes the program run smoothly.

“Without their support, JROTC will be a hidden organization within the school,” said Scott.

JROTC cadet leadership will be working with Dawn Miller, principal of HCMS, to build relationships with the students of the middle school.

“To all the parents and guardians, past and present, JROTC truly appreciates the support that you give,” said Scott.

To see more of the cadets’ missions and get connected with JROTC, follow them on Facebook at HCHS JROTC Booster Corps.

“Come out and support us,” said Scott.