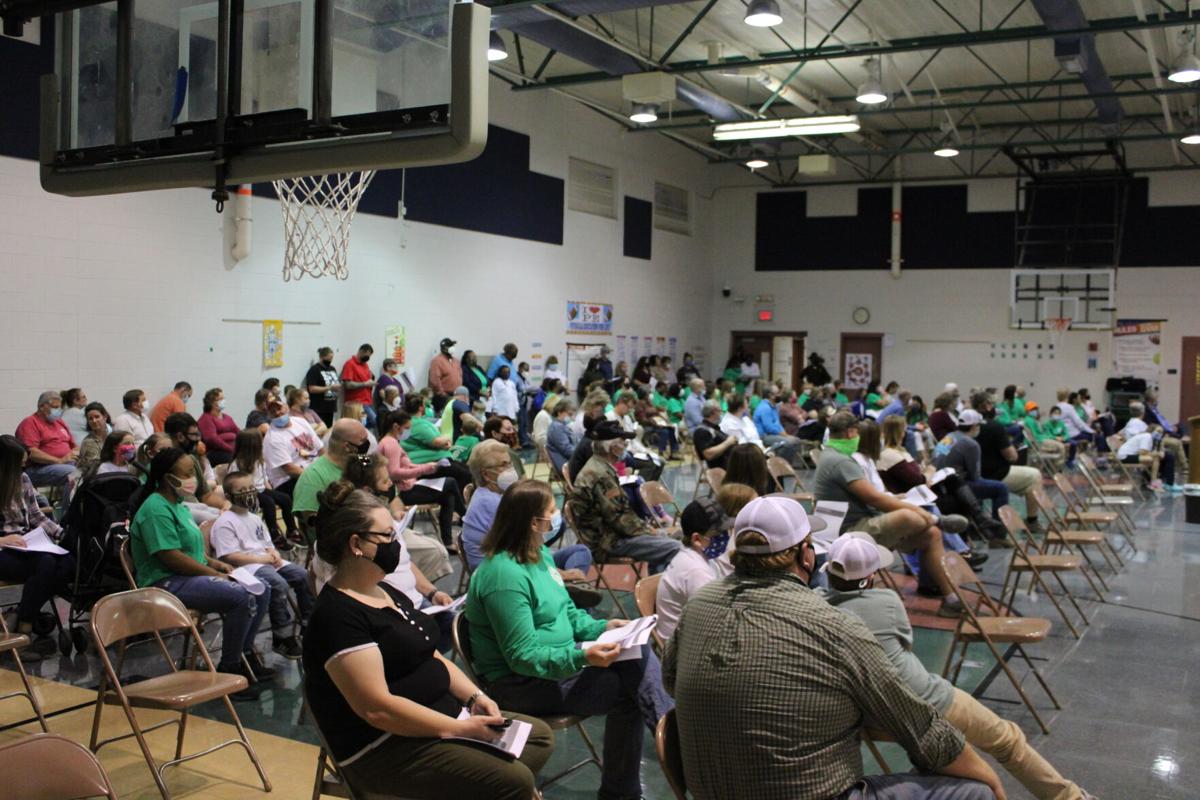 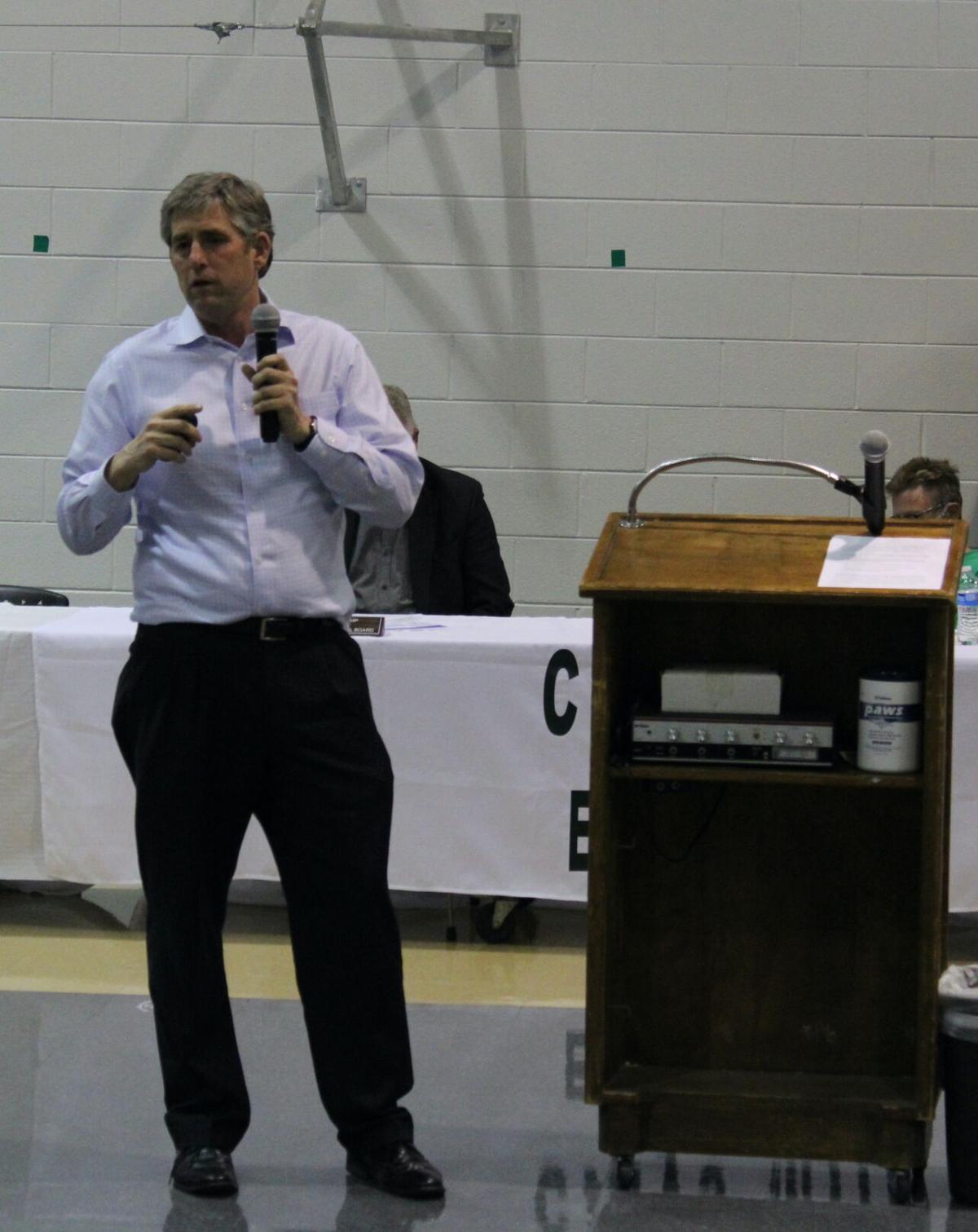 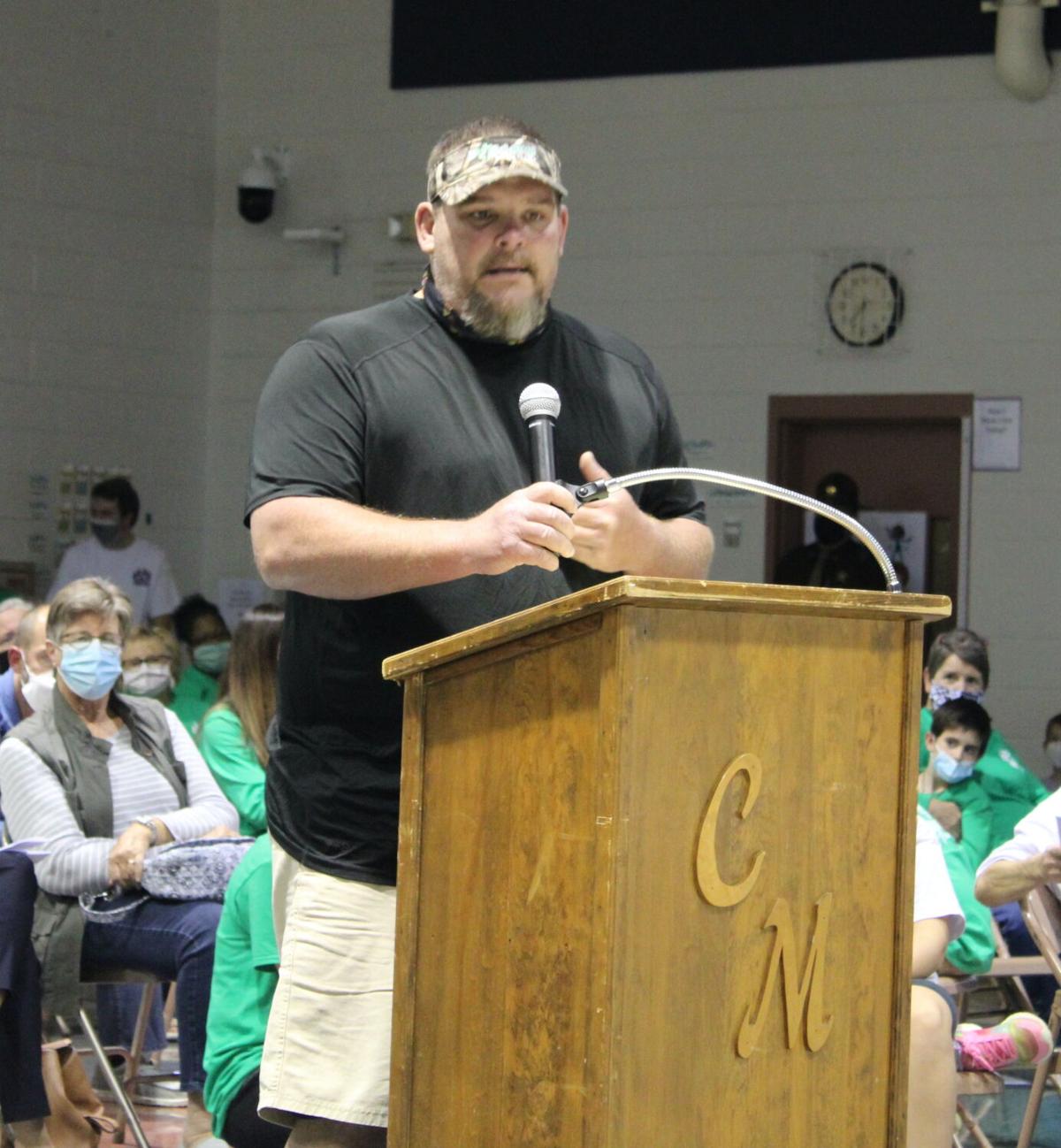 Matt Gunn speaks in support of keeping Clays Mill Elementary open during a public hearing on Tuesday on the possible consolidation of schools. 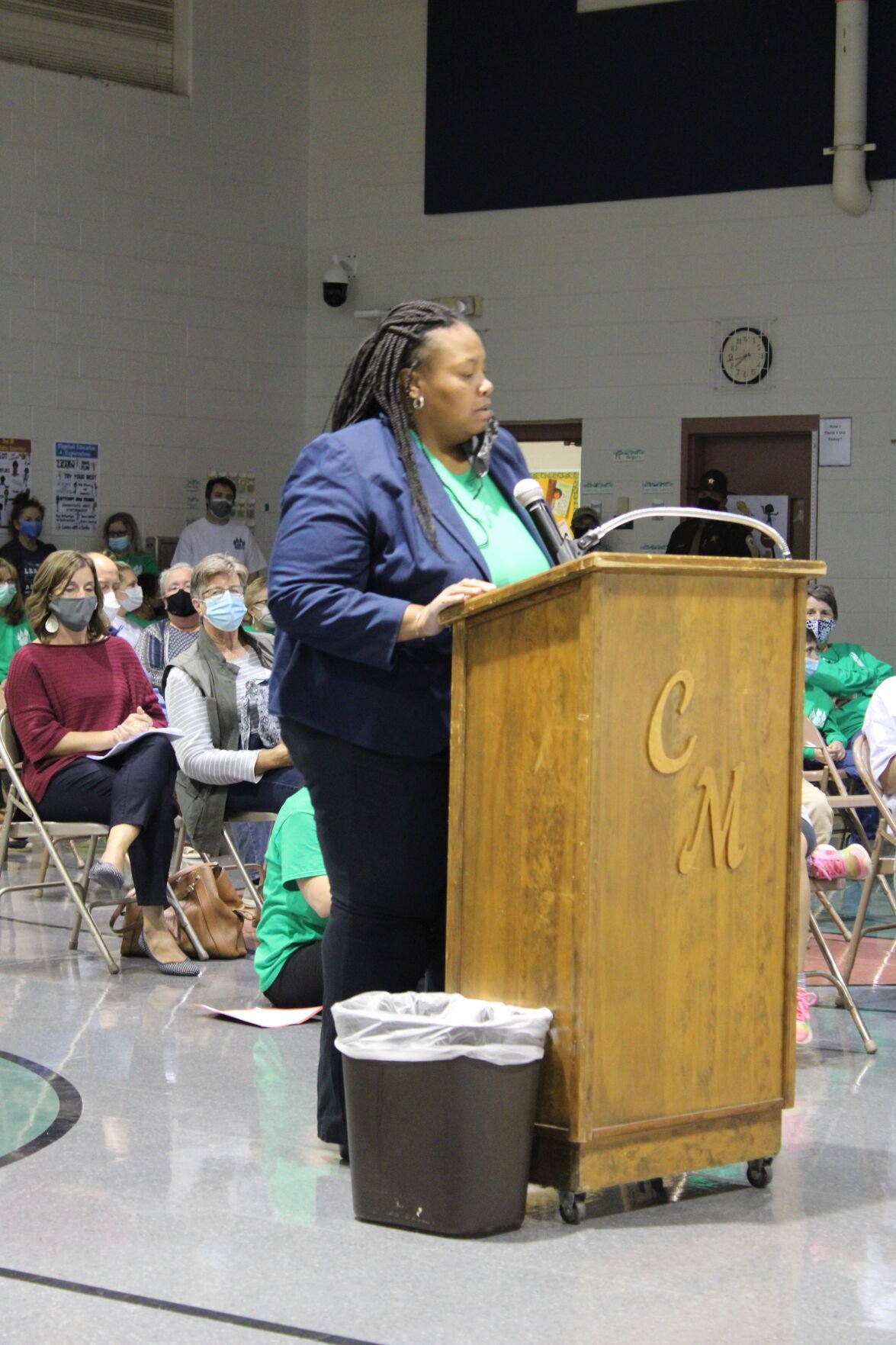 Nakelia Ross challenges the Halifax County School Board and Halifax County Board of Supervisors to think of the students during a Tuesday public hearing on the possible consolidation of schools at Clays Mill Elementary. 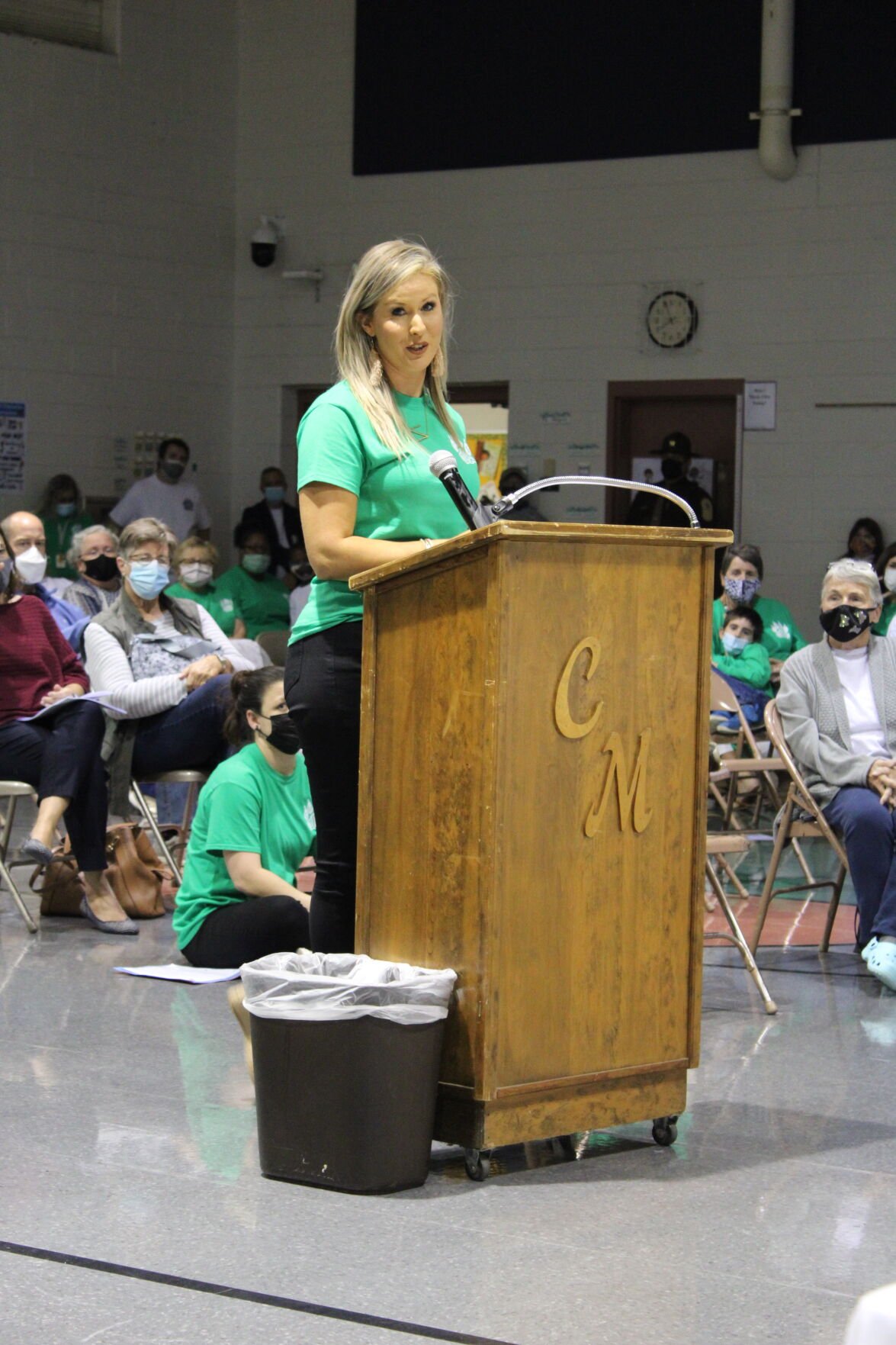 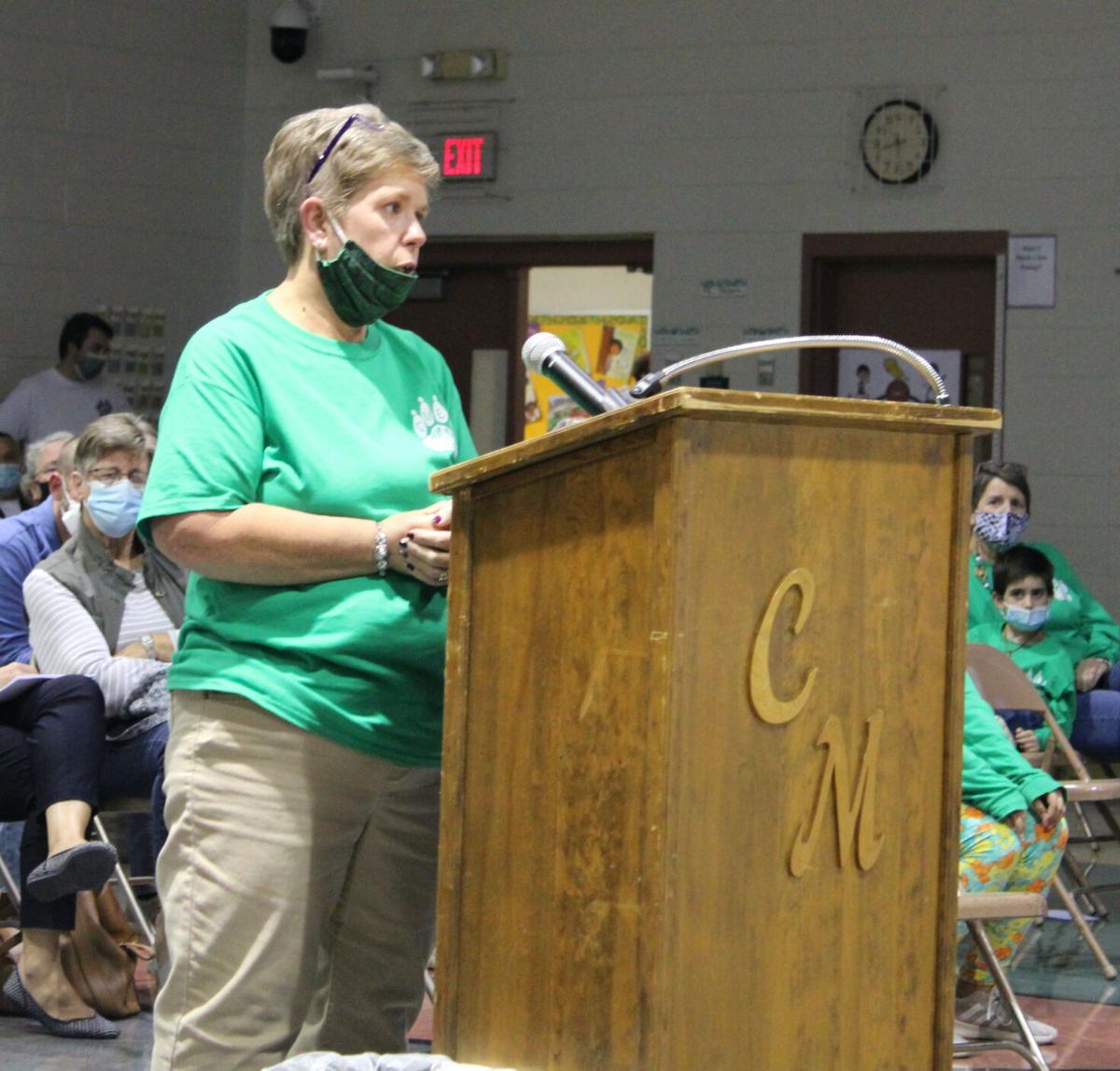 Vickie Powell, a longtime teacher at Clays Mill Elementary who travels to work from Clarksville addresses Halifax County School Board on Tuesday at the public hearing on the possible consolidation of elementary schools. 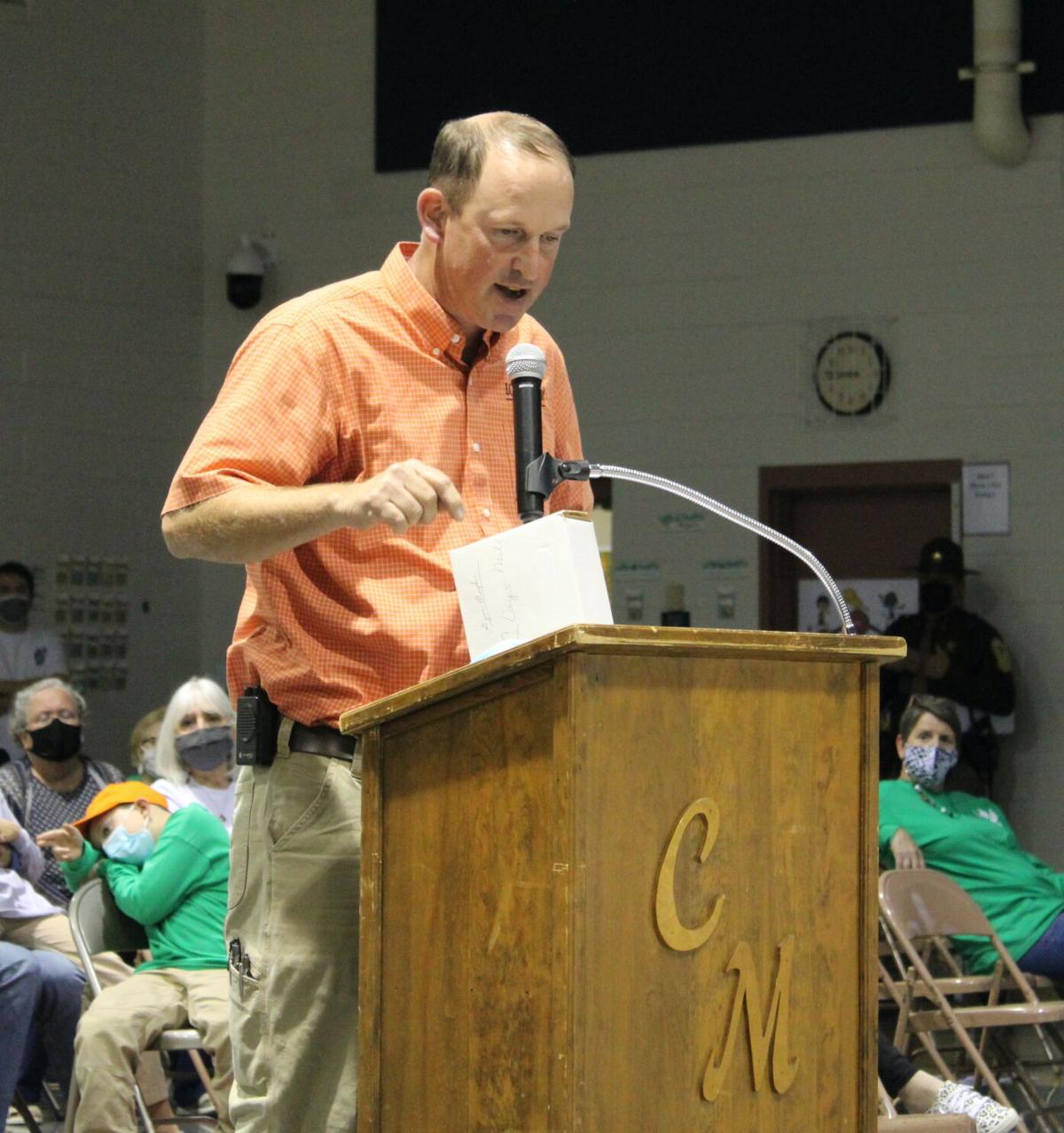 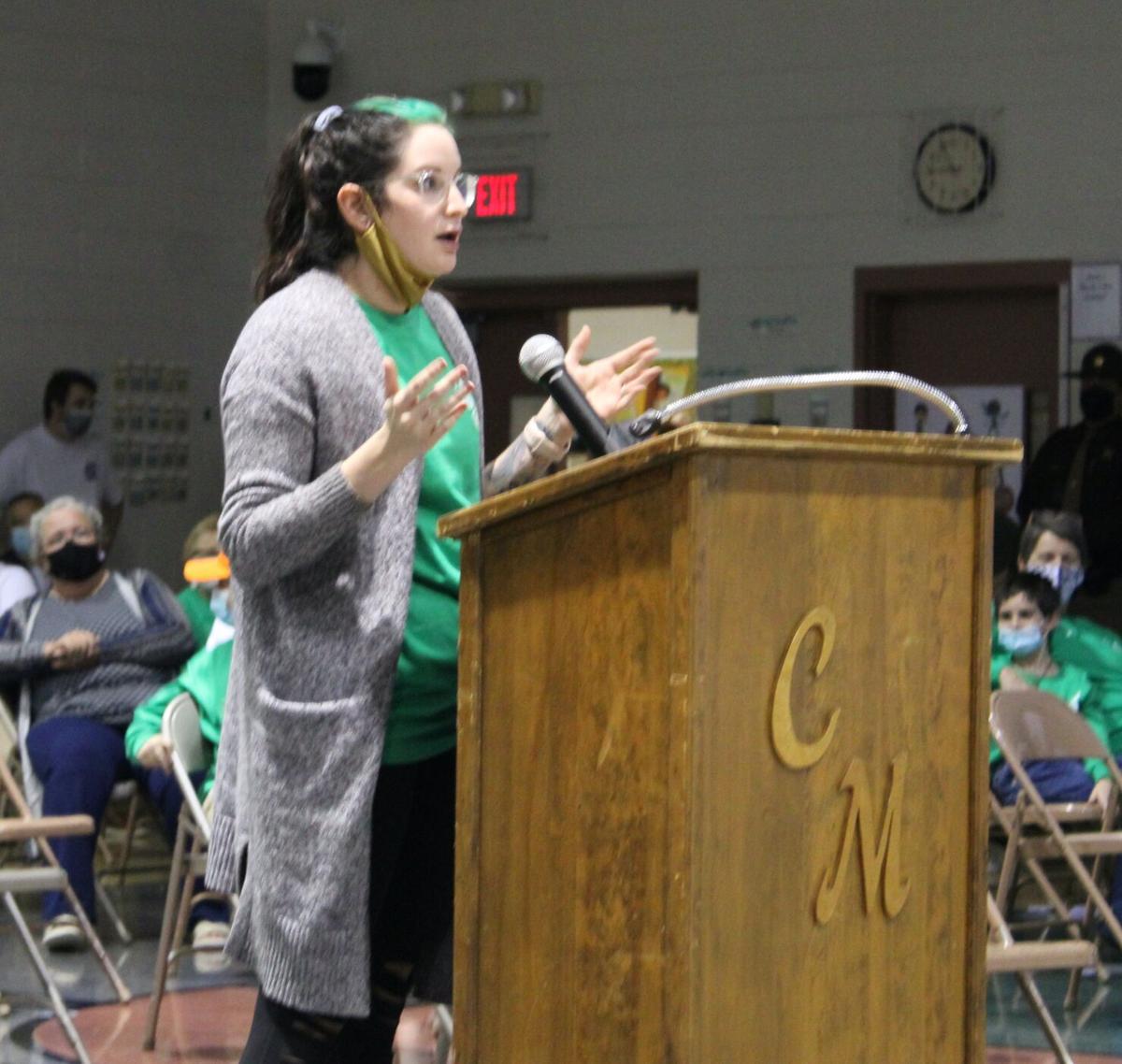 This was the third public hearing in a series of five where school board members and Halifax County Public School Superintendent Dr. Mark Lineburg are given a chance to hear the public’s concerns and questions on the possible consolidation of schools.

The school system plans to answer questions via email following the end of the public hearings.

“We make great things happen at Clays Mill,” said Clays Mill principal David Duffer as he opened the floor for the superintendent to speak to the audience.

At Clays Mill alone 69% of the 508 available seats are empty.

“We have lost 500 kids in the last seven years, which is equivalent to losing two schools. Enrollment is declining because of the declining population in Halifax County,” said Lineburg.

He added, “It’s visible you have space in all of our smaller schools, but I want to remind you we don’t have all the answers.”

According to Lineburg, Clays Mill Elementary School needs “significant future facility needs” such as an updated parking lot, an HVAC system, window replacement and an electrical and plumbing upgrade.

Following Lineburg’s presentation, 16 Clays Mill students took the podium to fight for their school telling the school board, “We love Clays Mill,” “Don’t close Clays Mill,” and “We love the teachers and Mr. Duffer.”

One of the first adults to take the stand was Matt Gunn, who said he has had a child at Clays Mill since 2001 and has been on so many field trips he has begun guiding tours.

“This school has teachers from all over, one who travels from the east side of Clarksville every day and it is certainly not for the paycheck, it is the atmosphere here, the passion they have for the student’s education,” said Gunn.

He added, “The faculty and staff here are nothing short of excellent, they’re the best. We have a phenomenal principal in Mr. Duffer who cares just deeply about the students. This is the cleanest school in the entire school system, and it wasn’t cleaned today because you were coming, it is like this every day.”

Gunn said community schools were the way “we were brought up and it’s the way of life around here.”

Many of the students named all of their teachers, name by name and expressed how great of a job they do in the classroom.

Clays Mill is one of three schools the school board has been considering closing. Also up for consideration for closure are Meadville Elementary and Sinai Elementary. The school system currently has seven.

After she spoke, audience members and chairwoman Kathy Fraley and ED-7 school board member Keith McDowell even rose to their feet to applaud her.

Jessica Trent, a mother of a student who attends Clays Mill, also said, “I keep seeing numbers and numbers, but our children aren’t numbers, stop worrying about money and worry about our children.”

Many of the teachers at Clays Mill Elementary spoke out as well.

“I truly love this position and my students. Elementary schools build our counties academic foundation, and 20 to 25 students in a classroom is frankly too much,” said Natalie Long, a third-grade teacher at Clays Mill.

She added, “My son and I feel like we have found our forever home. The faculty and staff feel like a second family here.”

“This is my 29th year in Halifax. I live in Clarksville and drive 80 miles a day because I want to be here. I just employ you to see the children not dollar signs. If y’all close this school you’re not only hurting us you’re hurting this county,” said Vickie Powell, a longtime teacher at Clays Mill.

As the public hearing began to wrap up and many members of the crowd began to disburse because of the length of the meeting, ED-2 county supervisor Jeff Francisco took the podium.

“To say that the board of supervisors doesn’t believe in our schools is incorrect. Since I’ve been on it, it’s been number one,” said Francisco.

Francisco also made sure to praise smaller schools such as Clays Mill.

“A lot of kids out of district are coming here because this is a great school. They have a great principal, have great teachers and have great instruction. I truly believe that small schools like Clays Mill don’t only teach kids well, it helps in discipline, and it changes the kids’ lives because they have the personal attention here,” Francisco concluded.

Clays Mill Elementary School is ranked 126 out of more than 1,100 schools in the state and is in the top 30%, according to US News and World reports.

Another public hearing on the possible consolidation of local elementary schools was held Thursday at Scottsburg Elementary School.

The final hearing will be held the following Thursday, on Oct. 28, at Meadville Elementary School at 6:30 p.m.