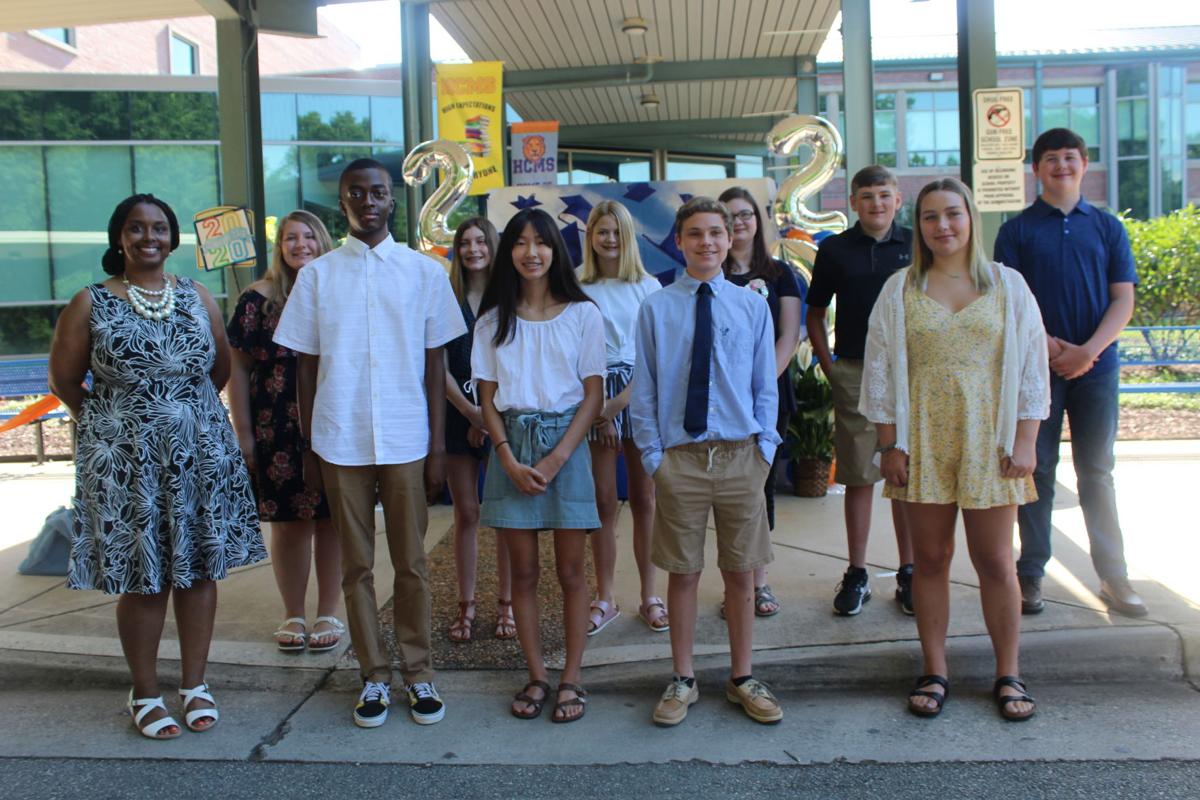 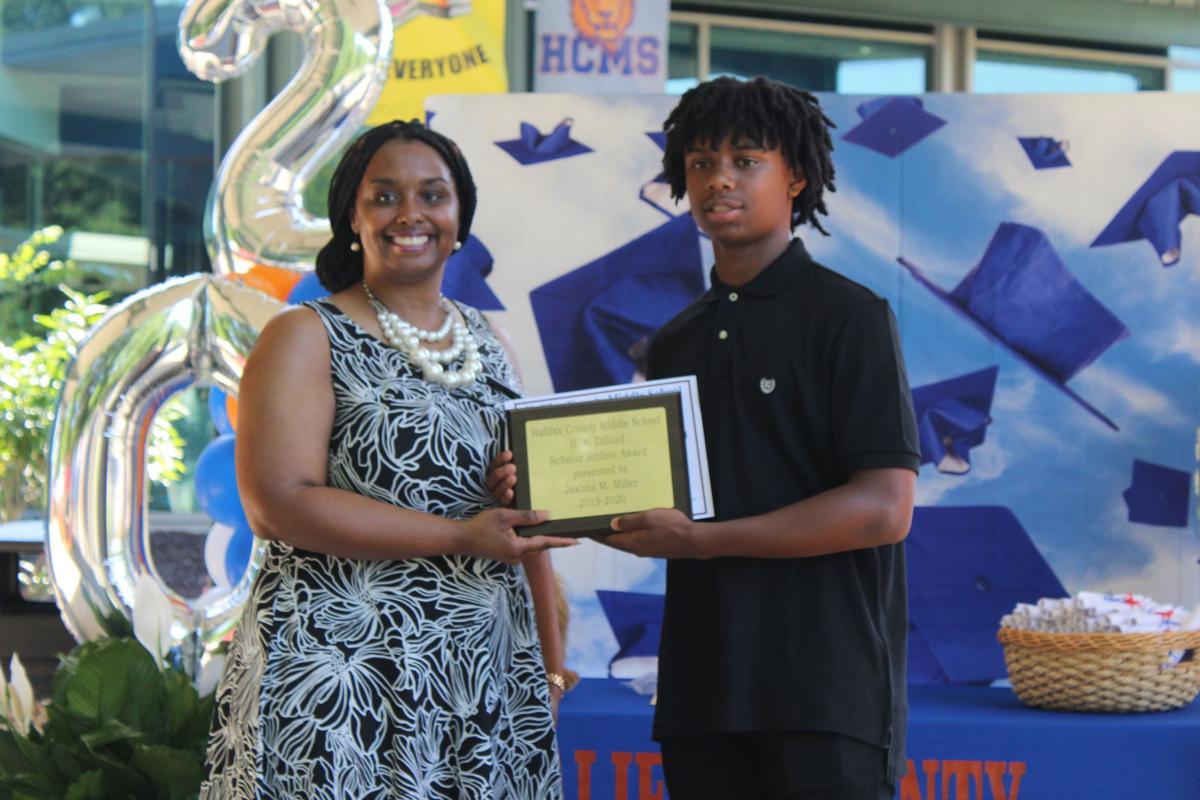 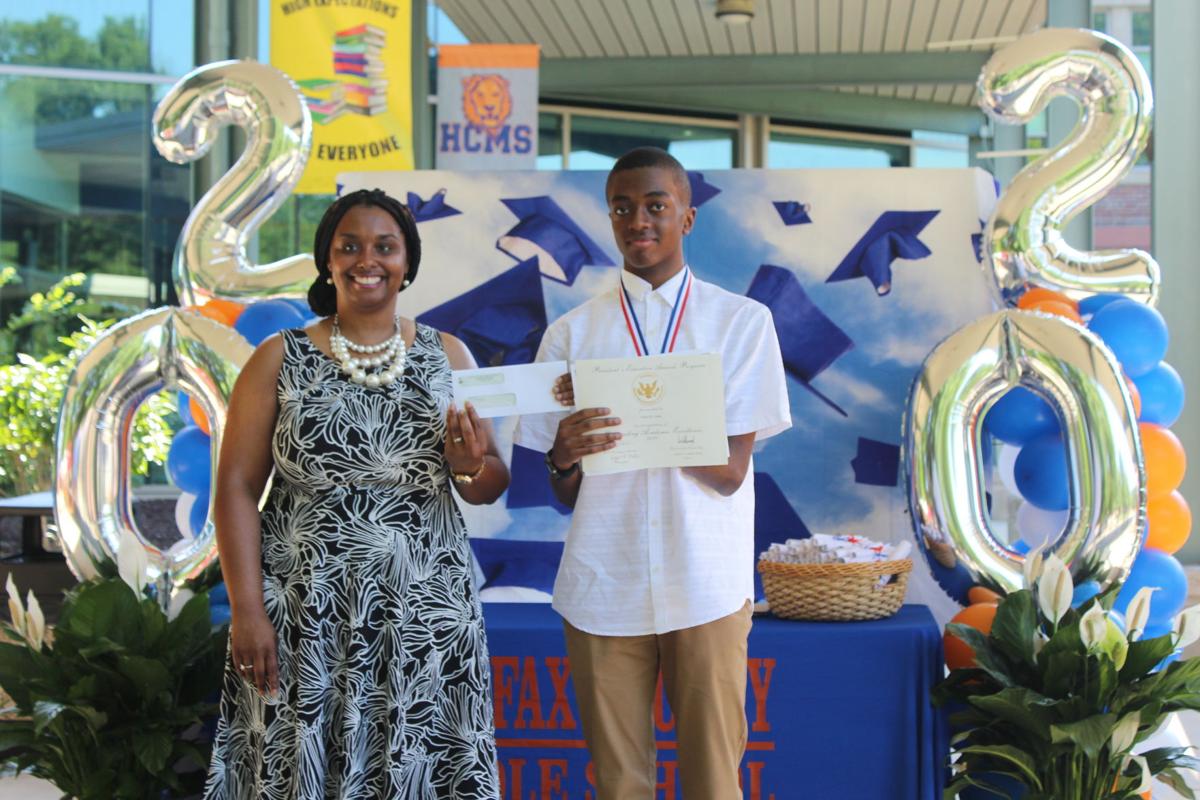 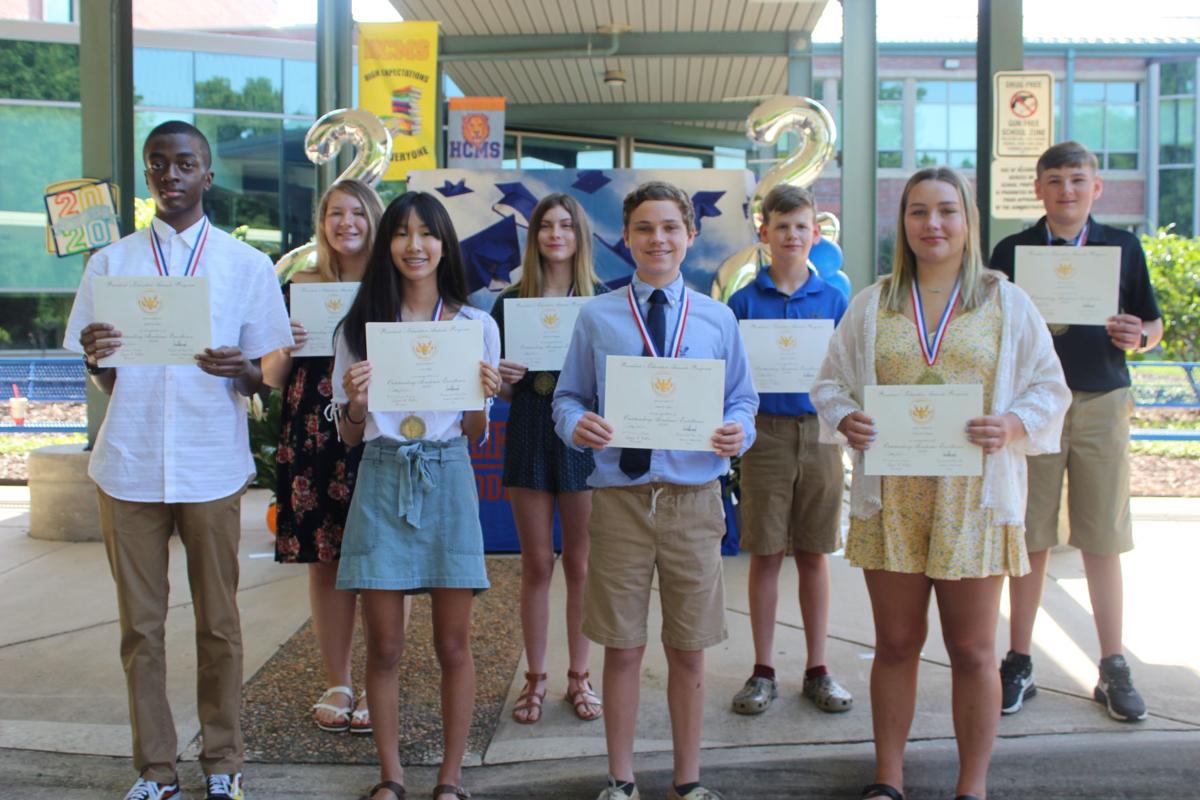 This came after the middle school hosted a virtual ceremony on its Facebook page on June 15 recognizing students “taking the next step forward.”

Principal Dawn Miller explained that before restrictions in Virginia began to ease, several staff had begun putting their virtual ceremony online, and they didn’t want their work “to go in vain.”

On the same token, she also wanted to give students and parents the opportunity to celebrate in person at the drive-thru ceremony as promised.

In the end, students and their families came to the middle school early lining the parking lot circle prior to 9 a.m. for the 10 a.m. ceremony dressed to impress and ready to take home accolades such as the top 10 recognitions for having the highest GPA or the J. Marshall Swanson award.

With several students battling for that top 10 GPA, the middle school had 13 students fall into their top 10 ranking.

Taking the number one spot was Jaden Grant who also was the recipient of the Gail Bosiger Award and was recognized for presidential academic excellence.

Emma Payne and Joshua Miller were recipients of the H. A. Dillard Scholar-Athlete Awards.

Emma Payne also was the recipient of the J. Marshall Swanson Award.

In addition to the presentation of awards Saturday, all students were recognized as they made their way through the processional by riding through the middle school circle.

Families were able to drive to the front of the school, receive acknowledgements and take pictures.

Prior to the drive-thru ceremony, Peyton Murray welcomed her class during the virtual ceremony saying, “We have been inspired and always will have the heart of a Lion but look out Comets because here we come.”

Miller took a moment to recognize that this school year “has been one I don’t think any of us will ever forget” during the virtual ceremony.

Not only did she say she saw her students excel academically, but she said students also stepped in to help classmates when they had different needs.

“You all are an amazing group of students, but you must continue to work hard and make the best choices. I am committed to see you all when you walk across the stage as Comets in 2024,” Miller added.