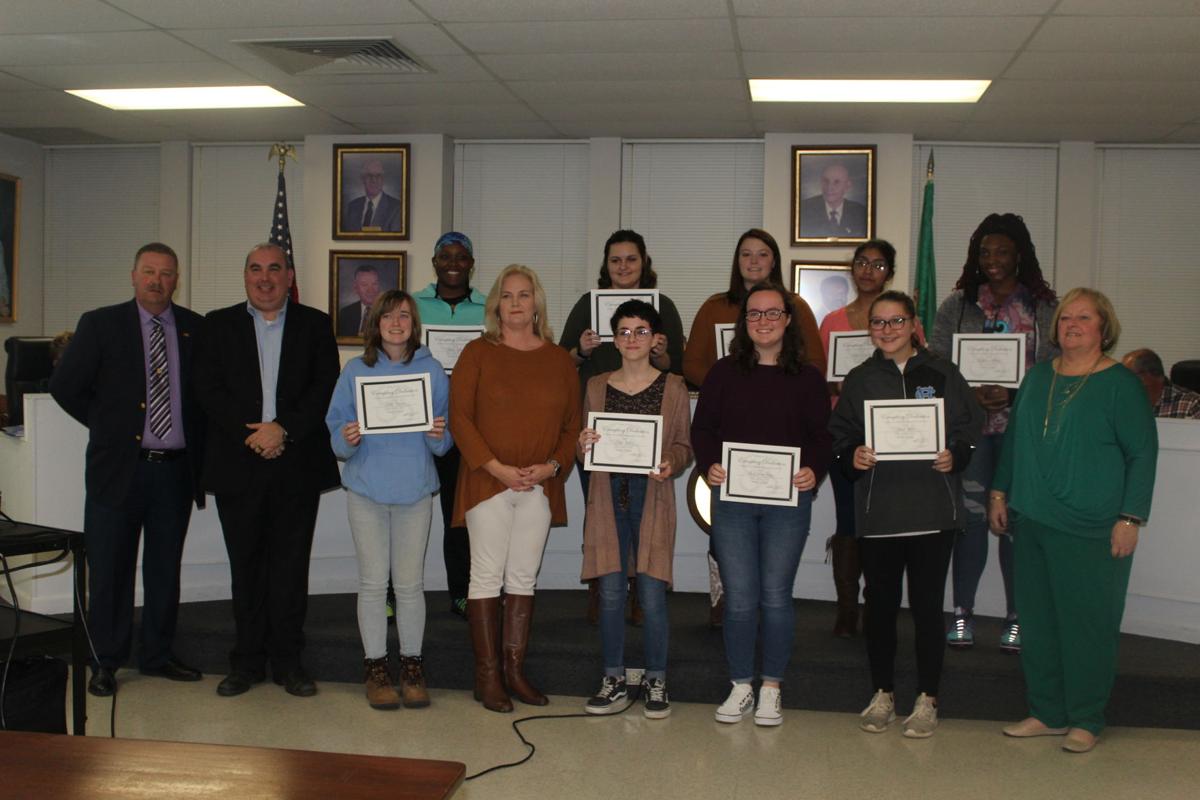 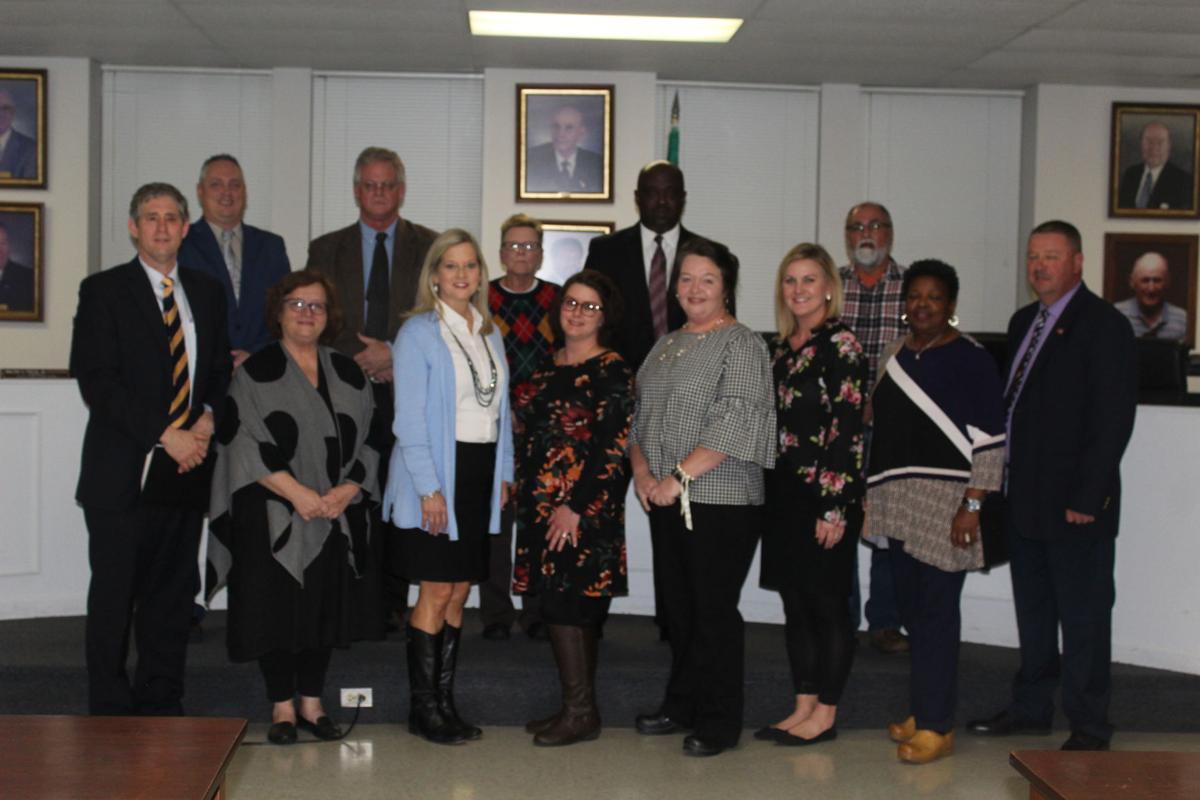 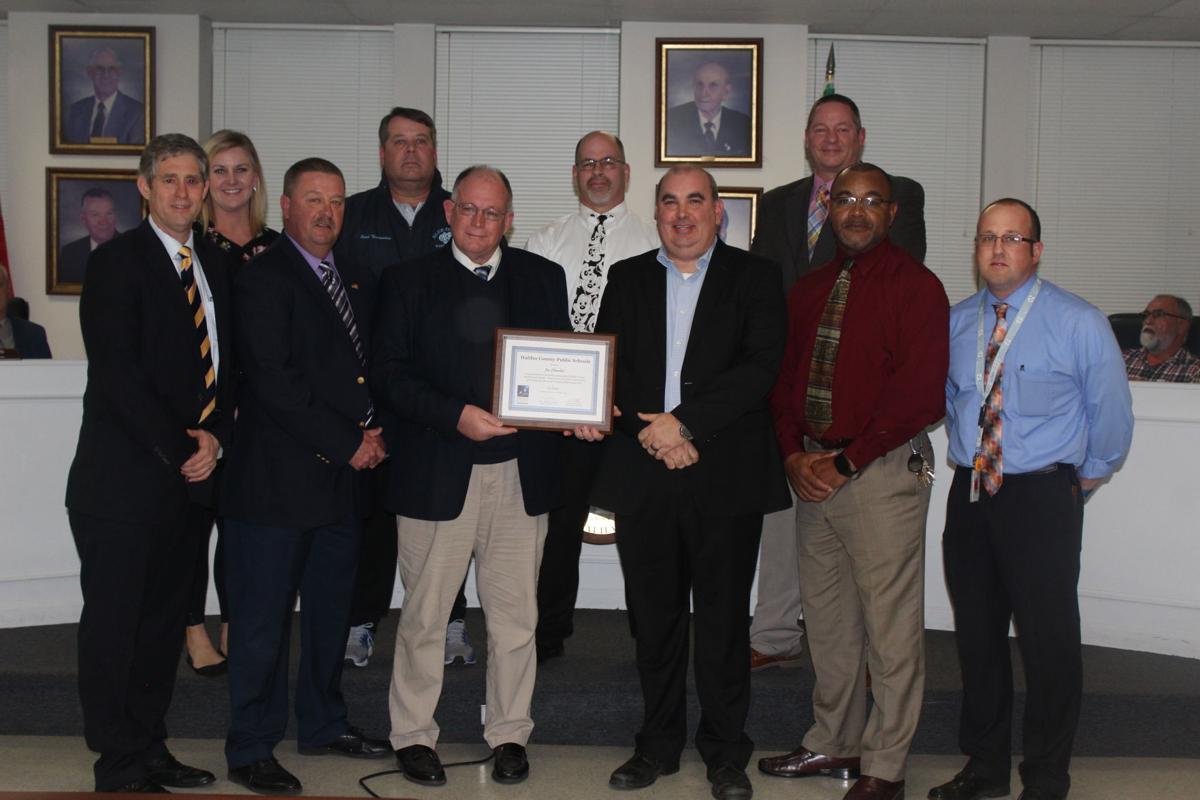 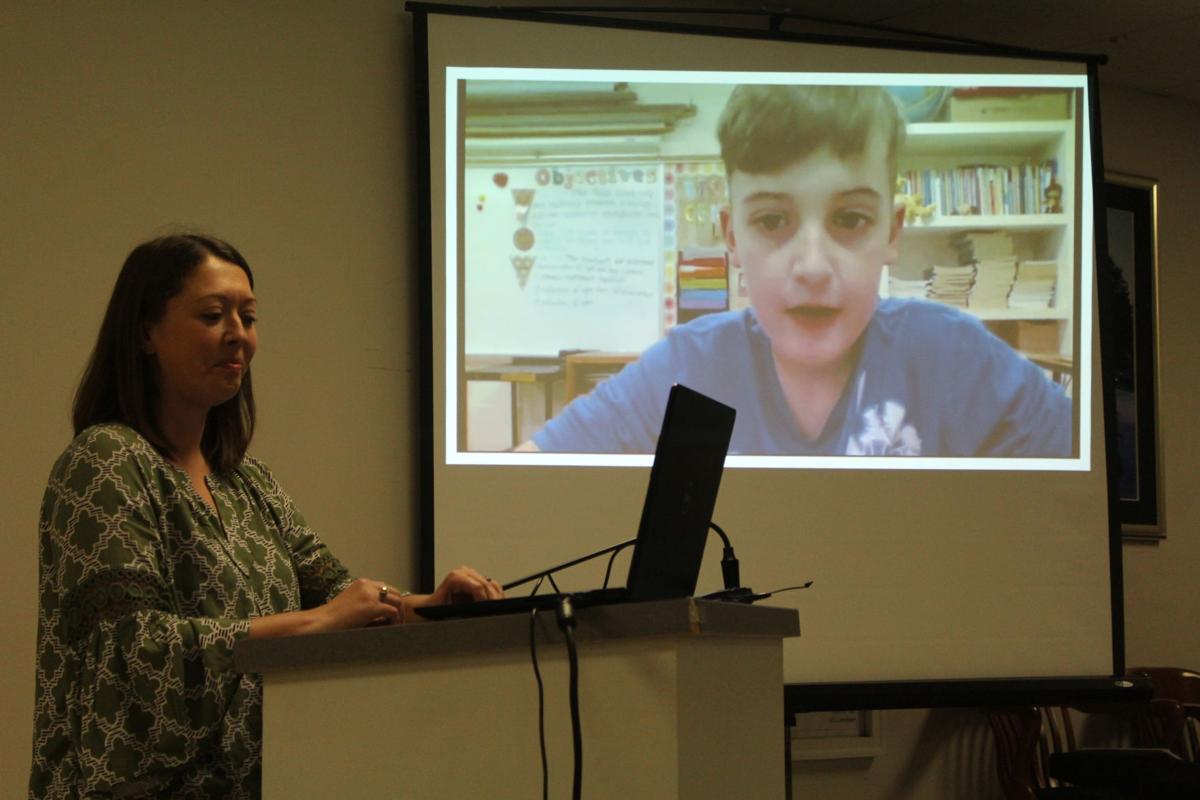 Scottsburg teacher Ashley Overstreet leads a student learning spotlight in which she presented a video about her class completing a digital escape room titled “Escape the 80s” using math skills and a promethean board.

Scottsburg teacher Ashley Overstreet leads a student learning spotlight in which she presented a video about her class completing a digital escape room titled “Escape the 80s” using math skills and a promethean board.

Funds for considering adding a writing specialist and to cover a potential increase in minimum wage have been calculated into the proposed 2020-21 budget.

That was part of the budget update interim finance director Robert Aylor provided to Halifax County School Board Monday evening.

Previously school board members had requested they consider hiring a writing specialist and/or providing a writing lab to include public speaking and education on proper presentations.

During his presentation, ED-5 Trustee Freddie Edmunds questioned if they were prepared to handle an increase to the minimum wage.

“We have built in that cushion,” said Aylor, who noted that is an unknown at this time, but with all the talk surrounding it, they’re preparing for it.

In addressing other topics that were brought to Aylor’s attention at the board’s previous budget work session, he said the state allocates $110,143 specifically for special education homebound.

He said the current hourly rate is $20 per hour, but they’re recommending it be increased to $25 with travel paid as needed.

He also said it has been suggested to increase the price tag for a proposed coordinator of school safety from $50,000 to $65,000.

When looking into how much it would cost to get uniforms for all school custodians to address safety concerns, he said it would cost approximately $9,000 annually to purchase the uniforms.

To lease the uniforms and have the employee launder the uniforms, he said it would cost $4,264 annually.

To fully rent the uniforms and have the vendor launder the uniforms, he said it would cost $9,380.

ED-2 Trustee Roy Keith Lloyd said he is concerned about the middle of the scale roughly in the 10 to 22 years of experience, and asked Aylor to form a comparison of those years with other districts.

ED-4 Trustee Jay Camp questioned state funding, and Aylor said, “additional revenue could potentially come through,” but it was all contingent.

The board also took the following actions:

• Reviewed a six-year capital improvement schedule for all of the county schools that included $956,700 worth of projects for FY2020-2021.

Vice-chairman Sandra Garner-Coleman asked how much was in the budget for major maintenance, and Aylor said, “$63,000.”

• Heard a reminder for school board training sessions on Wednesday from 10:30 a.m. to 2:30 p.m. at the Southern Virginia Higher Ed Center and on Monday, Feb. 10 at the high school library;

• Appointed the student discipline committee, which will consist of all school board members on a rotating schedule;

• Appointed Lloyd to serve on the superintendent’s teacher advisory committee;

• Appointed Lloyd and Coleman to serve on the facilities study committee;

• Heard a student learning spotlight from Ashley Overstreet a Scottsburg Elementary School teacher who presented a video from her class who recently completed a digital escape room;

• Recognized former Gazette-Virginian sports editor Joe Chandler for endless promotion of Halifax County students and athletes in his 43-year career with a certificate for appreciation and a lifetime sports pass;

• Heard from Brian Brown, the Halifax County Industrial Development Authority executive director, who introduced himself, and told the board he is excited to help with education programs.

Potts was absent from the meeting.

For Halifax County High School, all options still on table

Repair. Renovate. Replacement. Those are the three options still on the table for Halifax County High School as Halifax County School Board works with the Halifax County Board of Supervisors to decide the future of the high school.