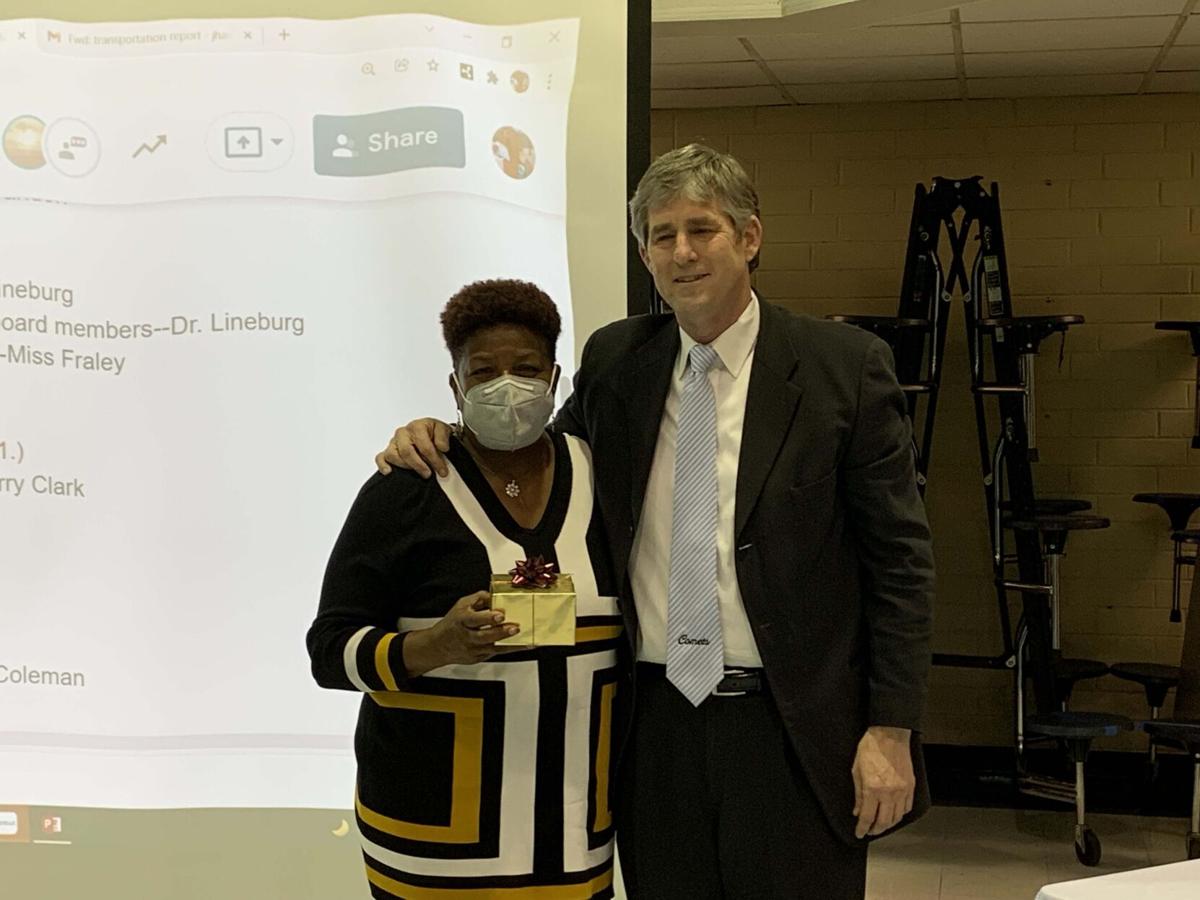 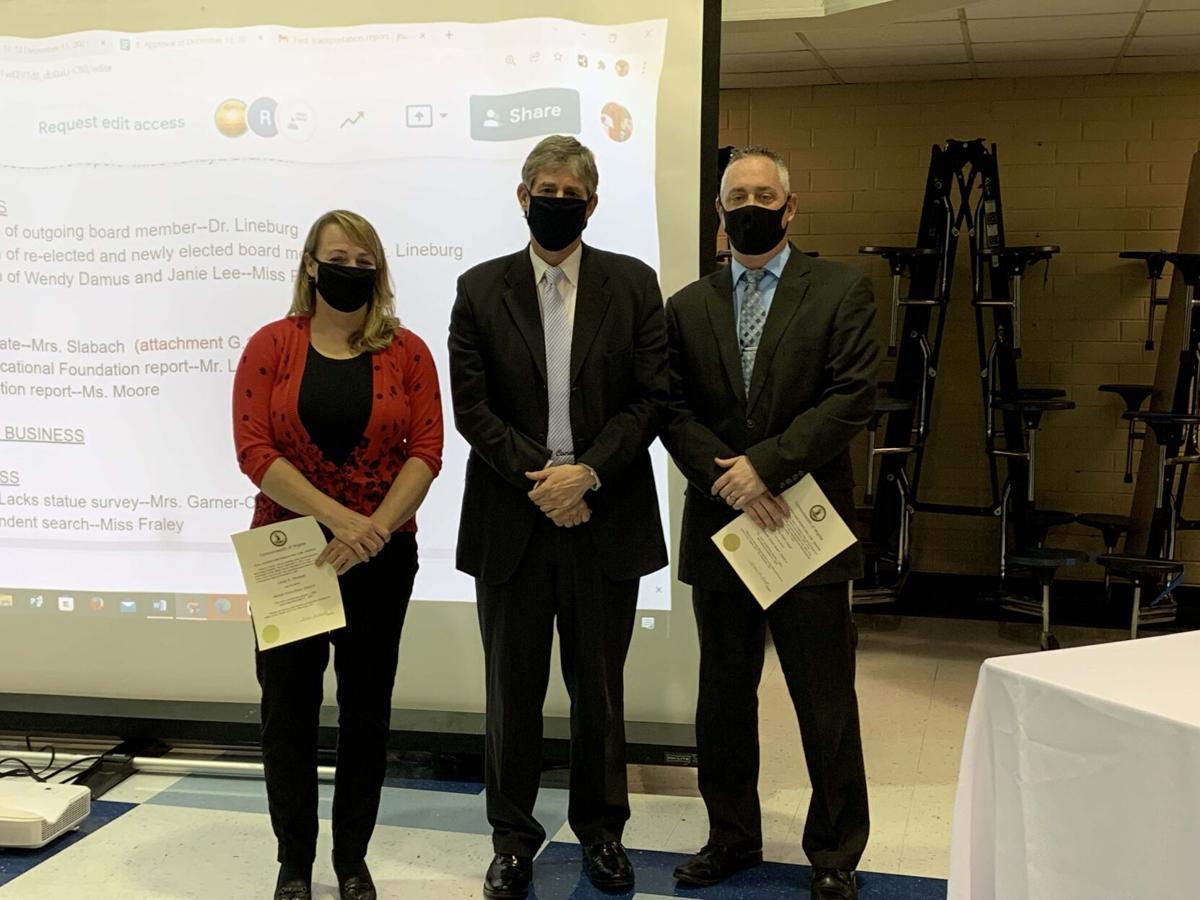 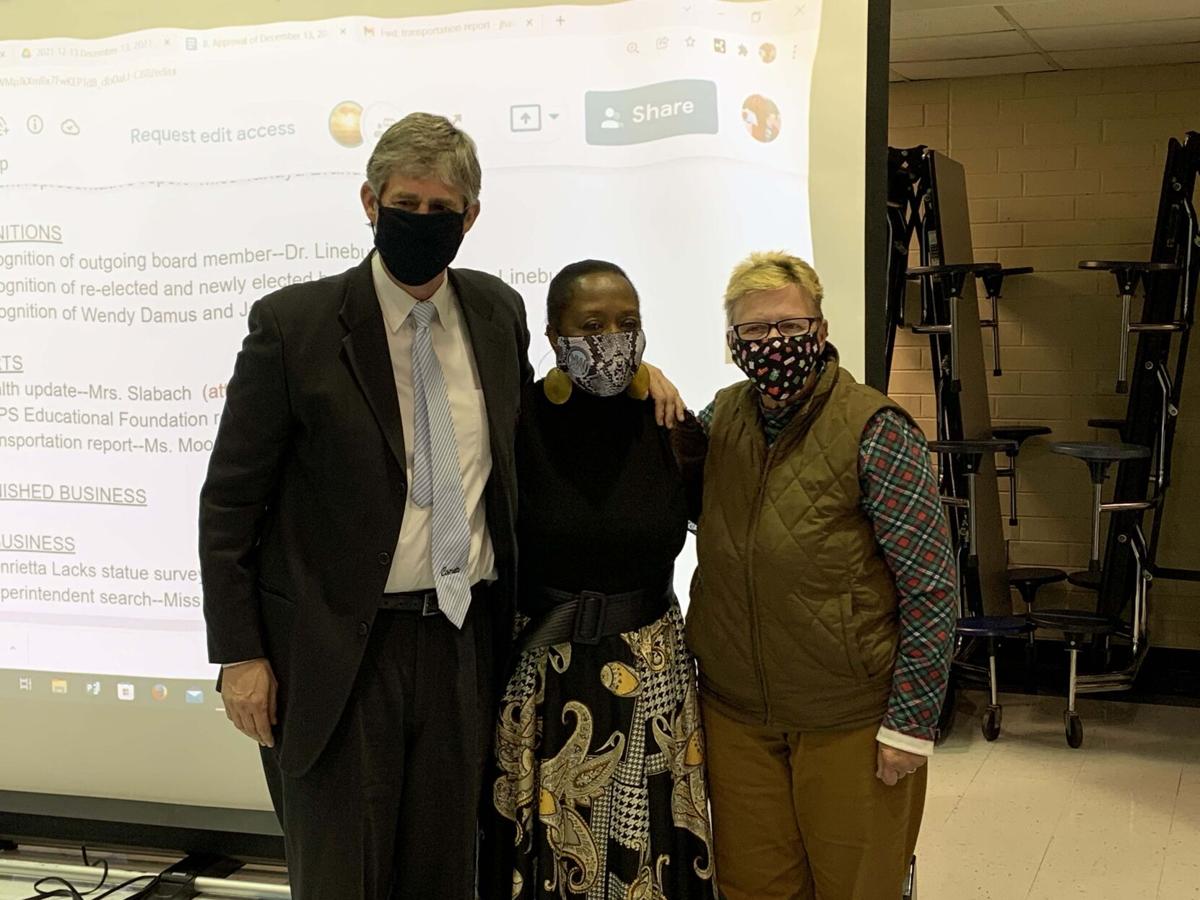 The Wednesday before Christmas will now be a day off from school for Halifax County Public School teachers and students.

Halifax County School Board unanimously made that decision when they met Monday evening.

At first, ED-7 trustee Keith McDowell tried to give them the whole week of Christmas off, but after Superintendent Dr. Mark Lineburg discussed that they have five days left in the calendar that they can close schools, McDowell’s suggestion did not go over well with the other board members.

McDowell told the board to consider the amount of savings they would have by closing local schools the two and a half days before Christmas Eve and Christmas Day. He also argued the lack of work that would be accomplished across those days.

He first made a motion to have the matter added to the agenda, since it was not put on the agenda before the meeting or at the beginning.

His motion was seconded by ED-4 trustee Jay Camp, and approved with a 6 to 2 vote with ED-8 trustee Walter Potts and ED-5 trustee Freddie Edmunds voting no.

McDowell then made a motion to give teachers and students the entire week of Christmas off, which was seconded by Camp.

But following the motion, Lineburg said, “everyone likes having a week off, but it creates a challenge.”

He reminded the board that they had previously altered the school calendar to give teachers and students the week of Thanksgiving off, which he said left them with five snow days.

The superintendent said if they gave the students the two and a half days off before Christmas then that would leave only two more days for possible snow days.

Lineburg reminded the board that they must have 180 instructional days in the calendar, and if they were to need take off more than two days in the next semester then they would have to look at taking days away from spring break or adding days to the end of the school year.

That’s when vice chairman Roy Keith Lloyd suggested only giving them the half-day Wednesday off.

“It would save us some cushion. It doesn’t seem to have our backs against the wall,” said Lloyd.

Potts then asked how much money would they be saving if they were to close schools the three days before Christmas.

Interim finance director Robert Aylor said the savings would not be significant.

The ED-8 trustee also reminded the board of when they’ve had to close schools in the past for flooding, as well.

ED-3 trustee Sandra Garner-Coleman said she agreed with Lloyd, and said there’s a reason those days have to be made up. She also said when she was a teacher, she wanted her spring break and she wanted to end the school year on time.

McDowell then asked director of elementary instruction Lisa Long how she felt about his idea. Long usually heads up the calendar committee, and worked on the past two calendars along with Lineburg.

“Our motto is children first for our future. These students have lost more school than any other,” said Long. “Students need to be in school. I applaud what you all did in November… but we want what’s best for our students. Our job is to teach.”

McDowell responded saying, “I also like to take care of our employees too.”

The board then voted on McDowell’s motion to close schools the three days before Christmas, but his motion failed with a two to six vote with chairwoman Kathy Fraley, Lloyd, Coleman, Edmunds, ED-6 trustee Lacey Shotwell and Potts voting in opposition.

Lloyd then made a motion to give students Dec. 22 off from school, which was seconded by Edmunds, and was unanimously approved.

The school board also agreed to move discussion of the 2022-2023 school calendar to the January meeting following a motion from Shotwell.

Shotwell said she wanted to give herself and incoming ED-3 trustee Melissa Hicks time to review the calendar. She also said she had some issues with the proposed calendar that she would like to address.

Shotwell’s motion to move discussions of the calendar to the January meeting was seconded by McDowell and approved at a five to three vote with Garner-Coleman, Edmunds and Potts voting in opposition.

In attempts to be more efficient, Moore said they had dissolved and dispersed three bus routes to other routes, which provides $45,000 a year in savings.

She also said they have installed a new propane filling station at the bus shop, held propane training, and she has checked bus turn around spots when drivers report needing help.

Moore also has checked stops and made requests to VDOT for school bus stop ahead signs and have visited schools to see morning and afternoon drop off and pick-up processes and made adjustments accordingly.

The transportation director also has been looking at options for a GPS Routing System that would allow her and parents to track the location, times and speed of buses.

Moore also told the board that they recently had seven individuals certified after taking a “Train the Trainer” class and one person was re-certified. She said this would allow them to be able to train bus drivers more frequently.

At the bus shop, she said they have completed 357 work orders recently had an OSHA inspection that resulted in the inspector saying it was a clean operation. However, two minor infractions were found and addressed.

All mechanics were recently trained in forklift operations, she added.

Moore also noted challenges they have faced recently with not having enough substitute bus drivers and behavioral issues.

However, she said they have driven 4,496 school bus miles with students on board with no traffic accidents.

Board members also heard from head nurse Tina Slabach who said Halifax County’s positivity rate of COVID-19 is 11.7% with a 7-day average of 13 cases.

She said a total of 251 students or teachers have tested positive for COVID-19 since they started school in August.

Slabach also said four employees are currently out of school due to quarantine and 124 students are in quarantine.

Larry Clark of the Halifax County Public School Education Foundation gave a presentation on the foundation.

Also since 2008, 862 teacher mini-grants valued at $216,432.32 have been distributed to fund projects such as trips to The Prizery, student participation in the Crossing of the Dan and guest speakers from Jamestown Outreach.

The foundation also has assisted with the replacement of the football goalposts, updated the weight room at the stadium, replaced uniforms of nonrevenue sports, purchased a scoreboard/timing system for the win team and erected a softball scoreboard at Halifax County Middle School. They also established a middle school Marine and Herpetology Science Center, supported the high school’s robotics team, sponsored an anti-bullying program and purchased books for the middle school’s “Girls Rock” book club.

Over the past 16 years, the foundation has provided in excess of $1.5 million to support local education, said Clark.