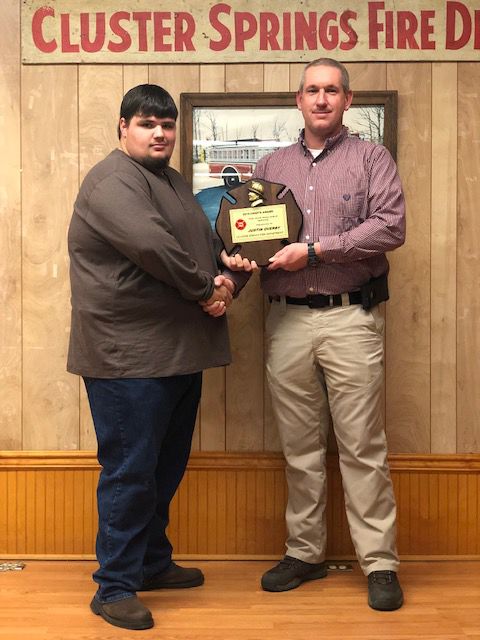 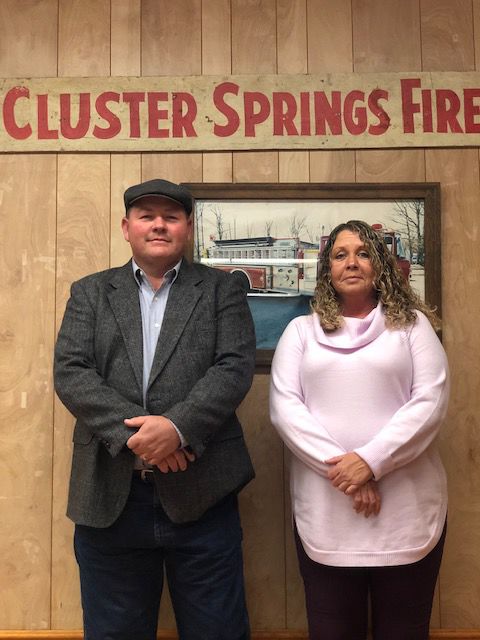 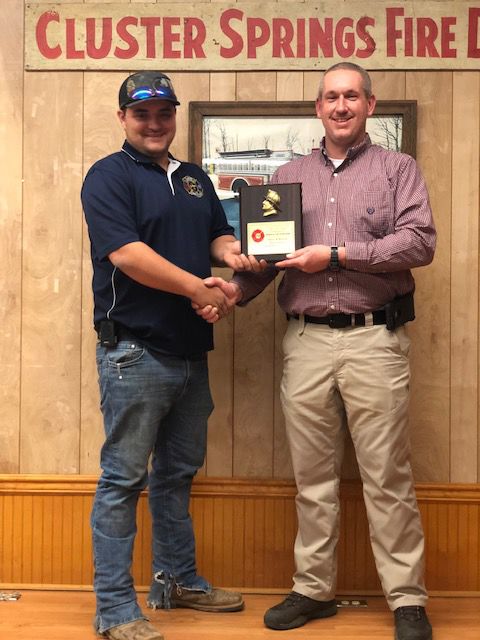 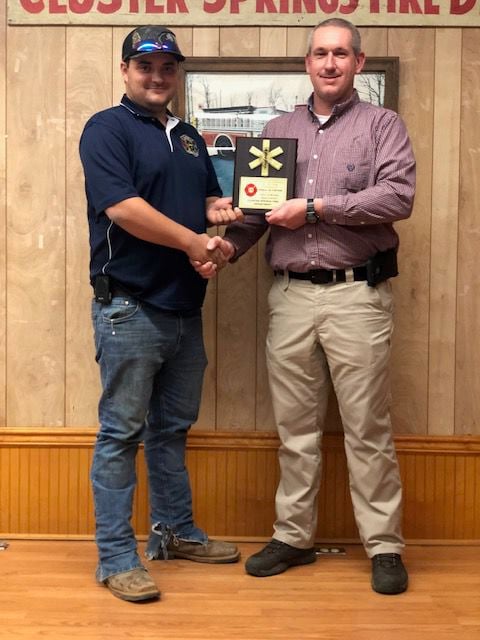 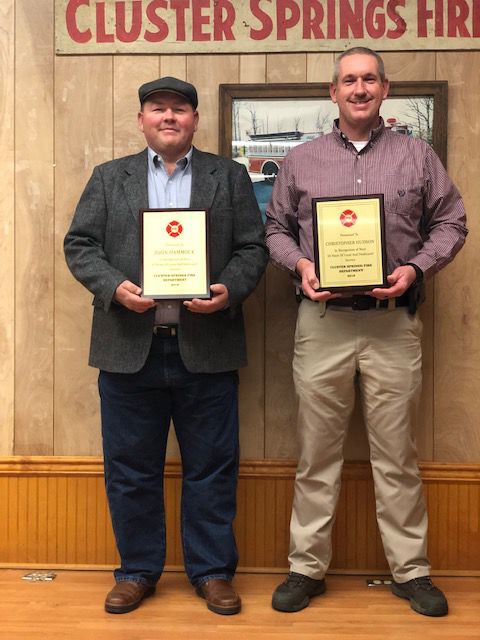 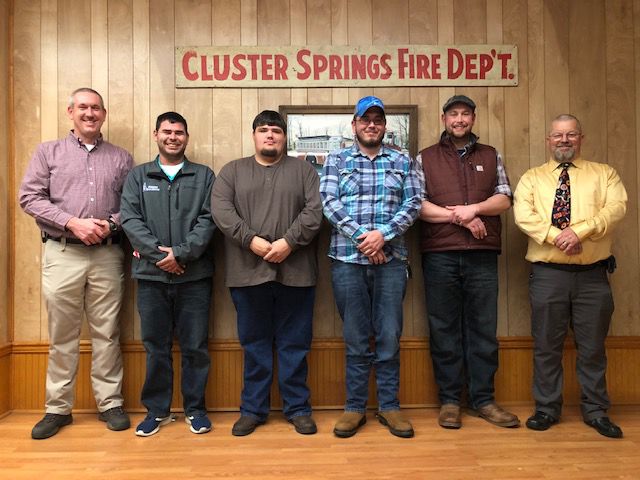 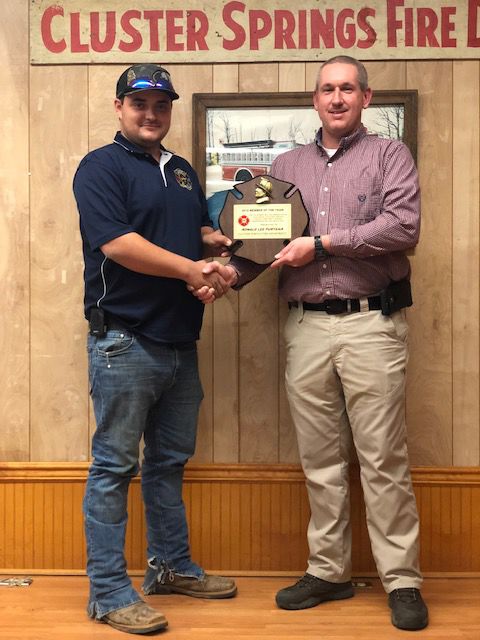 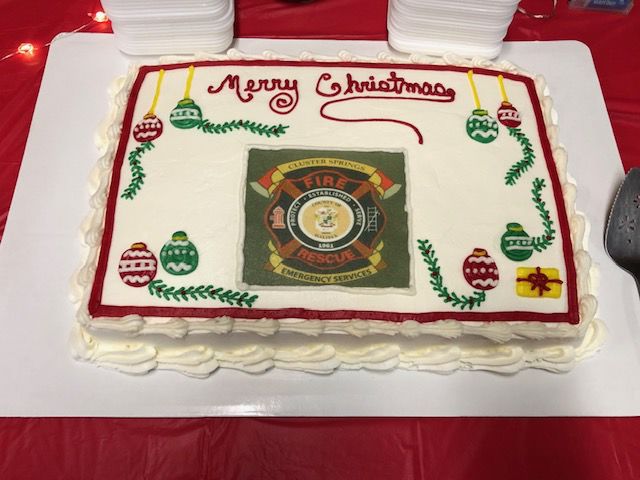 The dinner was attended by current, former and life members of the fire department and guests.

John Hammock and Jeff Chitwood was selected as president and vice president, respectively, with Peggy Short as secretary.

Chris Hudson is the chief with Josh Lindsey serving as assistant chief.

Casey Compton will serve as captain, along with Daniel Martin as the EMS captain.

Justin Overby and Charles Terry will be lieutenants for the fire department, with Pete Anderson as the EMS lieutenant.

Hammock and Hudson also were recognized for being lifetime members.

Overby also was presented the chief’s award by Hudson.

Puryear was named the member of the year.

Firefighter of the year award

First responder of the year award

Member of the year