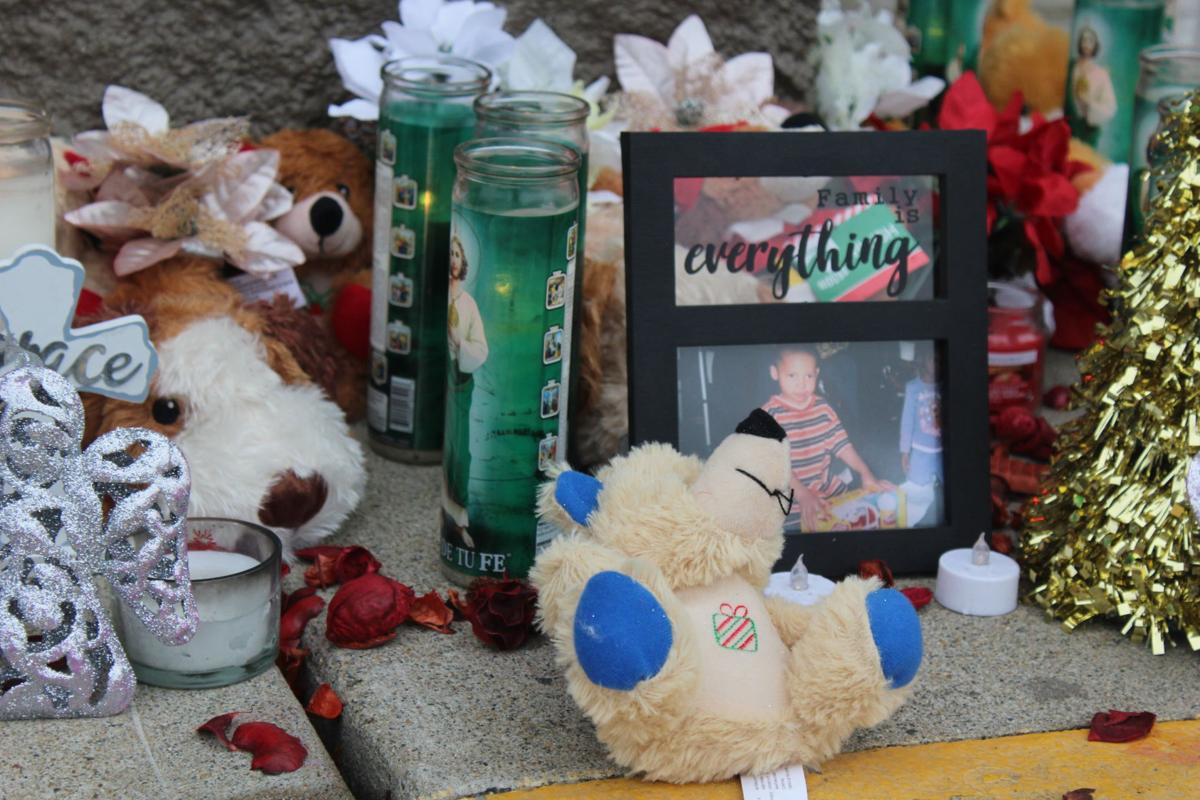 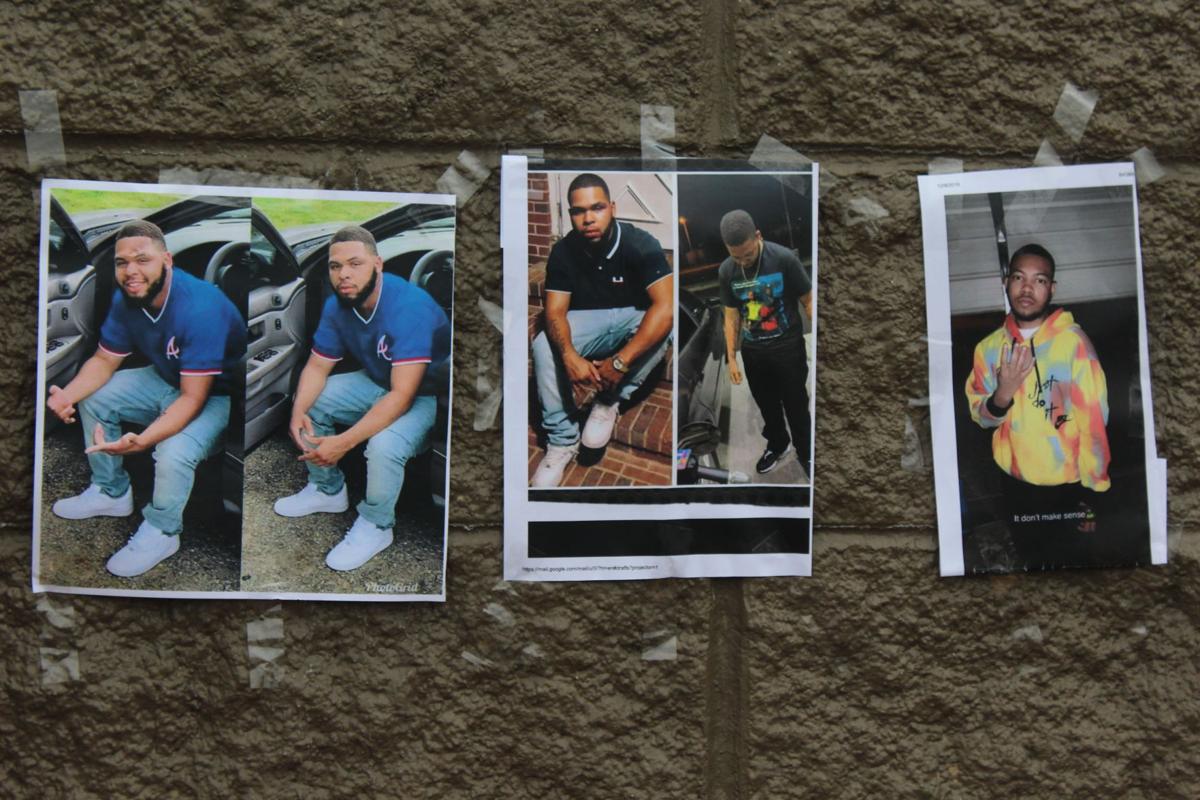 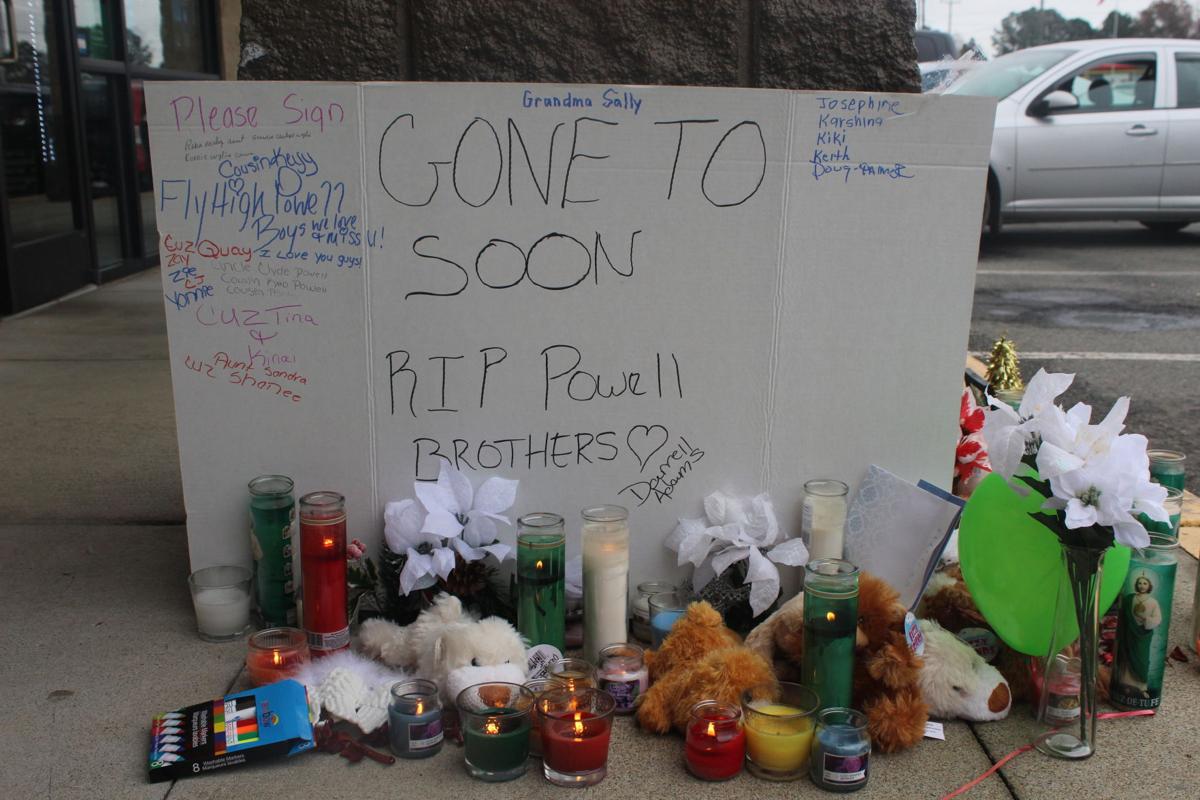 Signatures of friends and family fill a sign that says “Gone too soon RIP Powell brothers” near the scene where brothers 20-year-old Davonte Powell and 17-year-old Tevin Powell were fatally shot Saturday night.

Signatures of friends and family fill a sign that says “Gone too soon RIP Powell brothers” near the scene where brothers 20-year-old Davonte Powell and 17-year-old Tevin Powell were fatally shot Saturday night.

Signatures of friends and family have begun to fill a sign that says “Gone too soon RIP Powell brothers” outside of South Boston Tobacco & Vape on Halifax Road, near the scene where brothers 20-year-old Davonte Shamar Powell and 17-year-old Tevin Powell were fatally shot.

Davonte died at the scene, and Halifax County Rescue Squad transported Tevin to the helipad with life threatening injuries where he was then taken to Duke Hospital. He later succumbed to his injuries.

“It’s like everything is at a halt,” their aunt, Josephine Powell, said Monday as she visited the scene where she’s been visiting daily encouraging others to sign their names and pay their respects.

She found out what had happened Saturday when she was home with her 12-year-old daughter.

Her oldest daughter called and said, “Tae and Tevin got shot, and one has died.”

“I fell on my youngest daughter… you can’t imagine,” said Powell relaying how she felt in those moments.

She immediately went to Bojangles and stood outside watching the crime scene along with other friends and family.

Their aunt couldn’t believe she was losing them after losing their mother when Tevin and Davonte were just 2 and 4 years old.

“She was their mother, but she was also my best friend. Losing her tore me up, and now them. It’s rough on me. It’s rough on all of us,” said Josephine.

The two brothers were very close, according to their aunt, and “very lovable.

“They loved playing basketball, and Davonte was on the football team. Most of the time you didn’t see one without the other,” said Josephine.

Davonte also leaves behind a 7-month-old daughter whom his aunt said he loved very much.

She also wanted to thank Bojangles for offering its services to those who were there Saturday night and to those at the shopping center for allowing them to have the memorial filled with candles, stuffed animals, flowers, cards and photos.

“Our community has been devastated by the tragic incident that occurred last night in South Boston. We offer the most heartfelt condolences to the families and friends of the victims,” they said in the statement.

They also said law enforcement do not believe this matter has any link to the high school nor were any individuals involved current students.

“Concern and even fear are natural after such a tragedy. Therefore, in the days ahead, we will have all metal detectors operational at the high school. We will have extra law enforcement personnel on site,” the statement read.

In addition to the security measures, the school also has counselors available for students and staff.

The shooter, who police has identified as a 17-year-old Halifax County resident, eventually turned himself in at the South Boston Police Department.

He has been charged with two counts of second-degree murder and one count of using a firearm in the commission of a felony, authorities said.

Following the charges being filed, the juvenile was transported to a juvenile detention facility.

Bodies of both victims have been transported to the chief medical examiner’s office in Roanoke for autopsies.