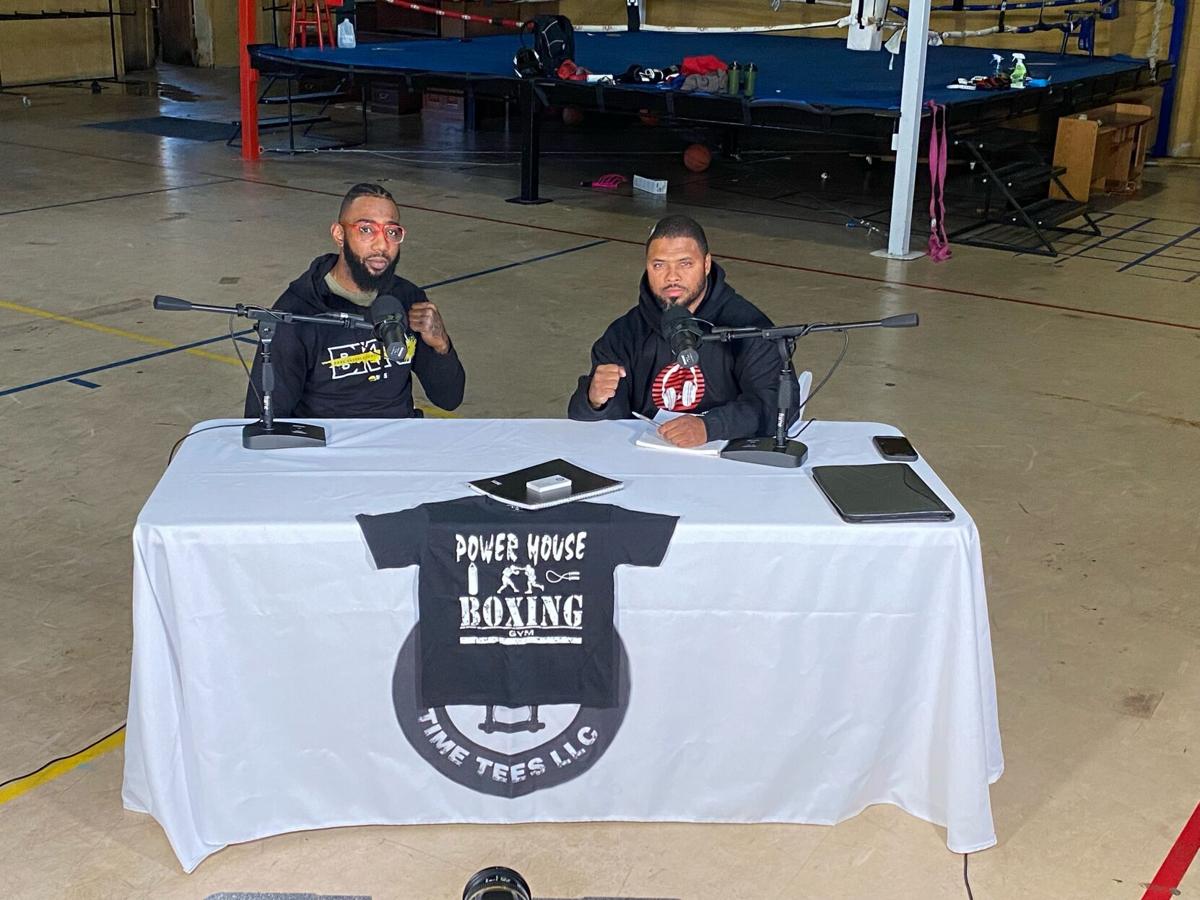 Brian Maxwell, a mixed martial arts fighter from Roanoke, sits down with Shawn Barksdale of South Boston for his Ten Minutes of Truth podcast to share news of him joining the upcoming fight with former NFL player Chad Johnson. 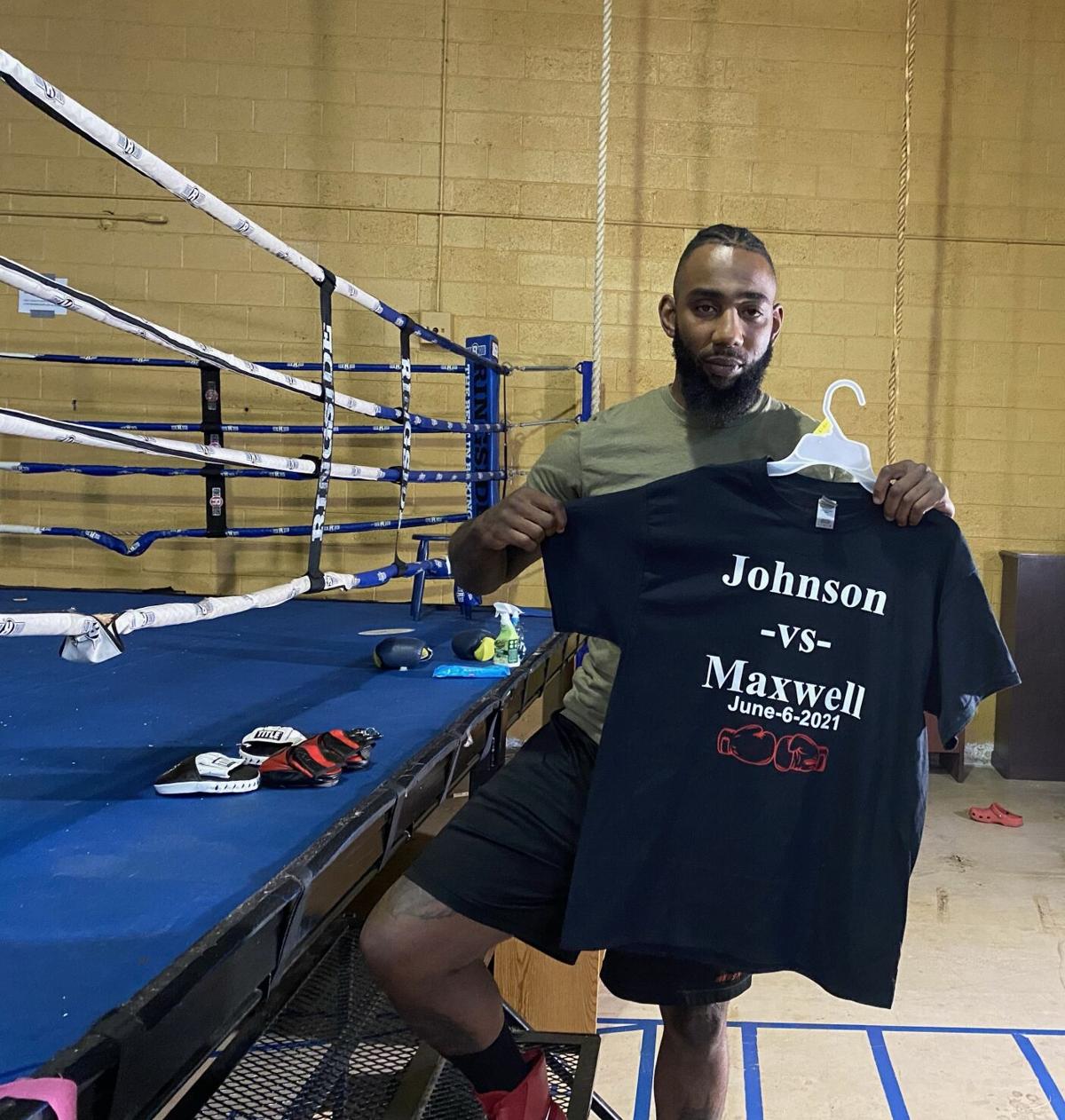 Brian Maxwell, a mixed martial arts fighter from Roanoke, holds up a T-shirt promoting his upcoming fight against Chad Johnson. Johnson is on the undercard of Floyd Mayweather Jr. vs. Logan Paul on June 6 at Hard Rock Stadium in Miami Gardens, Florida. Shawn Barksdale of South Boston made that T-shirt with his business, Press 4 Time Tees, LLC.

One local podcast, Ten Minutes of Truth, spread a bit of news about the boxing world over the weekend before any top name sports broadcaster.

Brian Maxwell, a mixed martial arts fighter from Roanoke, notified Shawn Barksdale of Ten Minutes of Truth that he had signed the contract on Thursday to join the fight with Chad Johnson, former NFL receiver, on the undercard of Floyd Mayweather Jr. vs. Logan Paul on June 6 at Hard Rock Stadium in Miami Gardens, Florida.

ESPN has reported that it is likely to be four or six-round exhibition bout, and as of May 3, they had not announced Johnson’s opponent as it had not been finalized.

But after Maxwell notified Barksdale, he then sat down with Barksdale for an interview for his podcast on Friday.

As a Virginian, Maxwell has trained at Power House Boxing in Gretna, and Barksdale is very familiar with the gym.

As someone who has been to jail, he has often guided teenagers to try working out or boxing as a way to keep him or her out of trouble. He also designed the logo for Power House Boxing with his company Press 4 Time Tees, LLC.

“For us to get this interview, it’s phenomenal,” said Barksdale.

Maxwell kicks off the interview explaining how he became involved in mixed martial arts.

Growing up, he wrestled for most of his life, and then when he was in college, his roommate introduced him to UFC fighting.

But, it wasn’t until 2011 and after he found out he had a son on the way, he decided then was the time to begin his career.

“I decided it was time to do something with myself to give my son a role model,” Maxwell told Barksdale.

“I had been thinking about MMA, and decided now is my time to do it.”

He then found his footing with Ruckus in the Cage. After filling out an application, a promoter called him in less than 24 hours asking if he would take on a fight with a guy who was 2 and 0 at the time.

“I don’t care about the guy’s record or who he is,” Maxwell told the promoter in accepting the fight. “I think I surprised the promoter… That’s when my MMA dream started.”

While boxing with Ruckus in the Cage and other amateur routes, Maxwell had 10 wins out of 16 matches.

By 2019, he had found his way to Bare Knuckle fighting after watching his training partner, Bruce Abramaski. At that time, Bare Knuckle reports that his MMA record was 3-2 and he sat at 1-0-1 in Muay Thai.

Then on Oct. 19, 2019, he took on Jared Warren in the Live on PPV Bare Knuckle Fighting Championship. He lost in the first round by TKO, but that didn’t slow him down.

He came back in February of 2020 to fight Ulysses Diaz at BKFC 10 in Fort Lauderdale, Florida. Diaz defeated Maxwell via KO/TKO at 1:10 of round one.

Most recently when he was traveling in Alabama for the Bare Knuckle Fighting Championship, he received an Instagram message from Johnson, Maxwell explained to Barksdale in their interview.

Naturally, he didn’t believe that it was really the former NFL player messaging him, so he ignored it at first.

But, eventually he received a call from his acting manager who said he had an offer — the fight with Johnson on the undercard for the Mayweather fight.

“After I got off the phone with the promoter, I called Randy (his coach) and started flipping out telling him. I was overwhelmed. I had tears in my eyes.”

Now Barksdale is ready to cheer Maxwell on in his biggest fight yet.

“It feels like you’re the one going,” Barksdale said when asked what it means to see someone from Virginia who he knows make it to this point in his career.

“Its phenomenal to be a part of it… it’s a real special moment.”

The full interview between Barksdale and Maxwell can be found online at tenminutesoftruth.com.

Catch Maxwell’s fight on June 6 on pay per view.