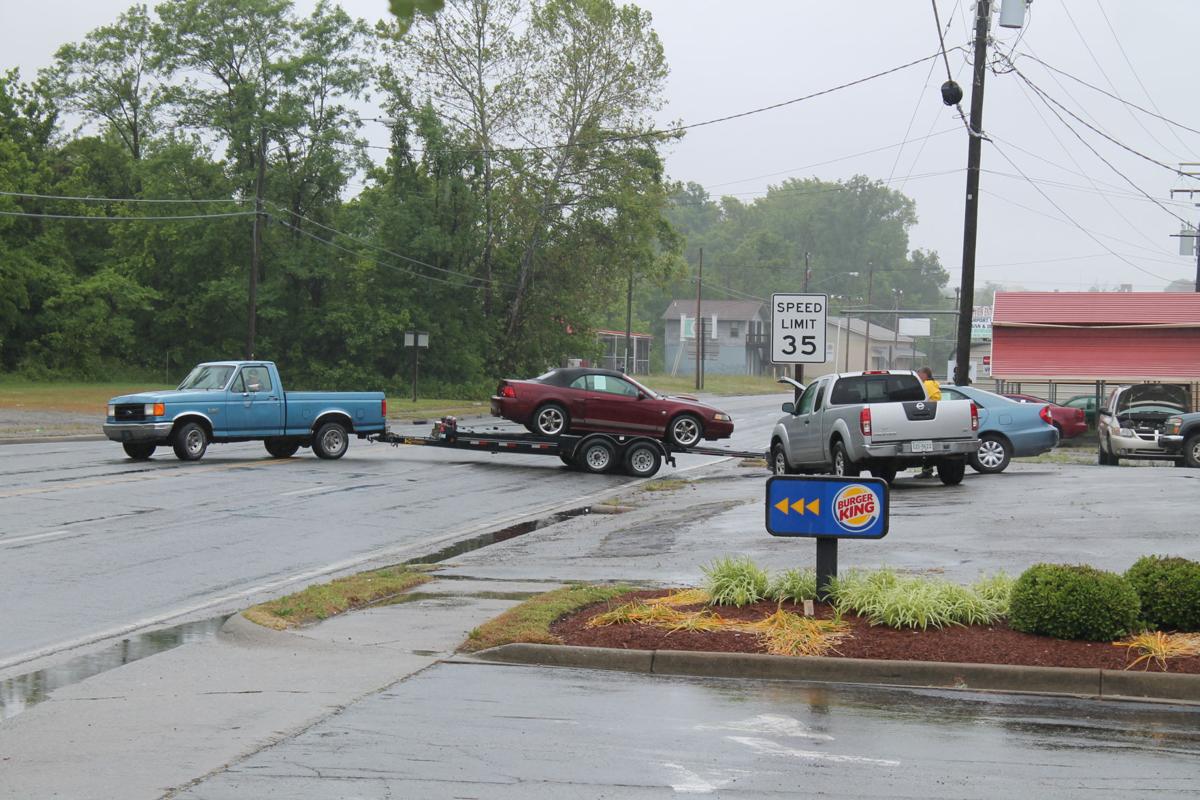 Riverdale Auto Sales moves out all of its vehicles Wednesday ahead of predicted flooding. 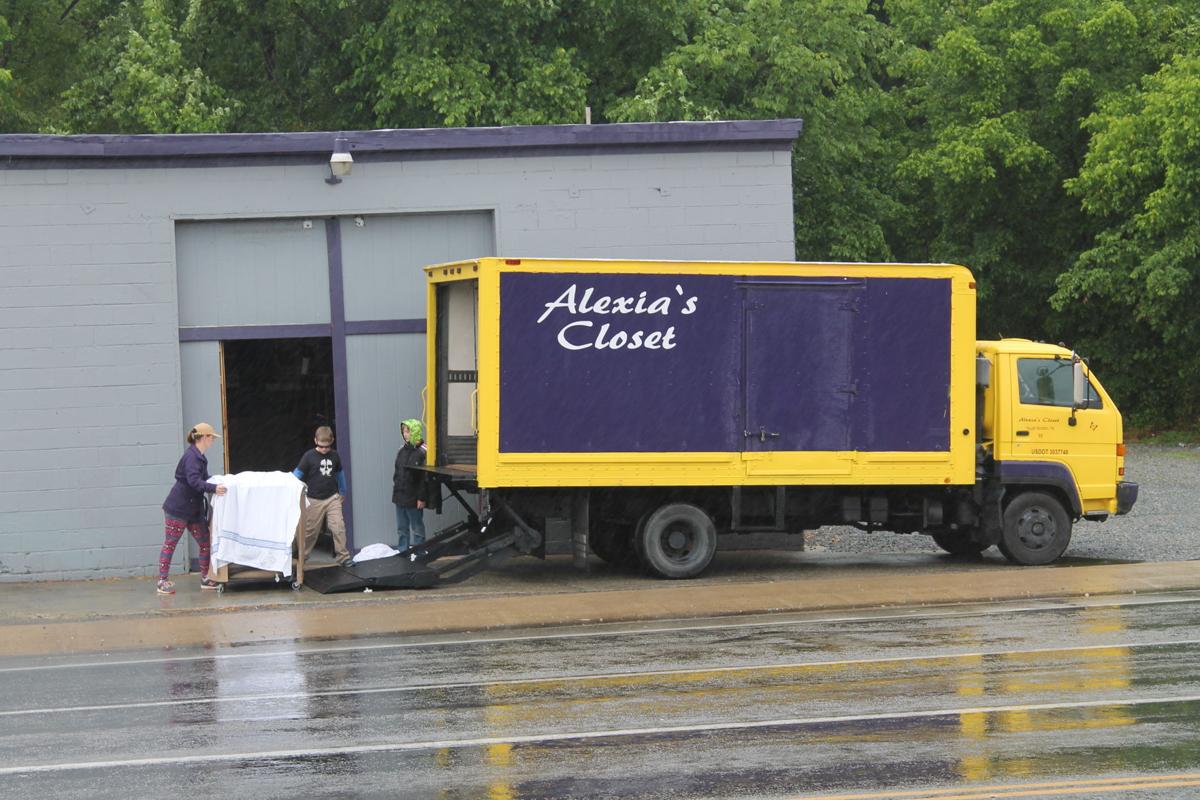 Alexia’s Closet workers load furniture to move out of the store in Riverdale on Wednesday in preparation for forecasted flooding this weekend. 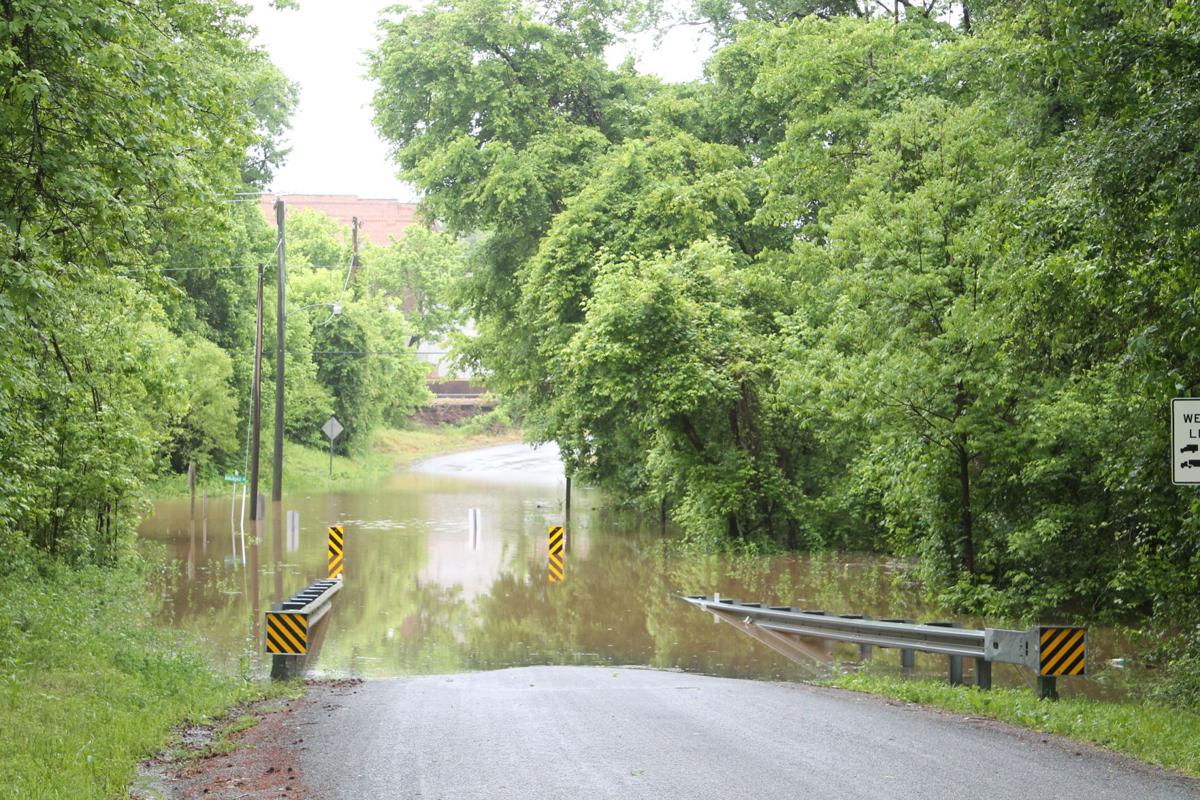 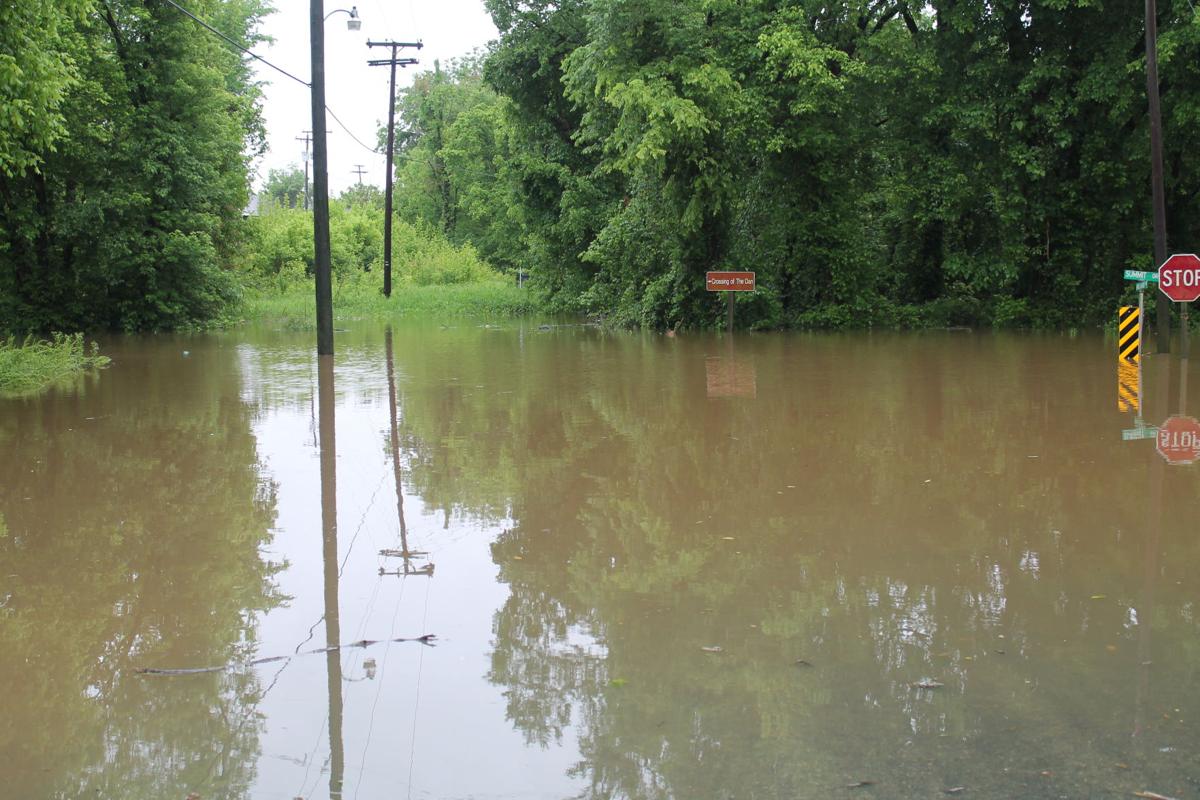 Riverdale Auto Sales moves out all of its vehicles Wednesday ahead of predicted flooding.

Alexia’s Closet workers load furniture to move out of the store in Riverdale on Wednesday in preparation for forecasted flooding this weekend.

Forecasters are predicting the Riverdale area will be underwater again just months after a February flood caused the same chaos.

As of early Thursday morning, the river was at 22.6 feet and rising. The National Weather Service in Blacksburg expects waters to continue rising to about 30.6 feet by Saturday morning.

In comparison, the river crested at the same level on Feb. 9, and sent water into the intersection of U.S. 58 and 501. Those numbers are just shy of the 31.4 feet on Oct. 13, 2018, caused by Tropical Storm Michael’s drenching deluge.

“We took truckloads out yesterday, and we’ll have the rest of it moved out this evening,” Hodges said Thursday morning. “In February, the water came to the windowsill. This (current forecast) would put the water above my windows.”

She said having to deal with a second flood so far this year has caused her business “a little more stress than usual,” but she is hopefully the floodwaters will recede quickly and she will be able to get the store cleaned up and open again as soon as possible. Flooding aside, the coronavirus pandemic has impacted Hodges’ business, as well.

“It’s been a wild ride for sure,” Hodges said, of the first few months of this year. She added that Alexia’s Closet has been open by appointment only the past couple of months so she is able to clean after each customer leaves the store. She said she has experienced delays with getting inventory because of the pandemic, as well.

Mac Ragans, owner of Mac Ragans Auto in Riverdale, was scrambling Thursday to move everything in his shop ahead of the predicted flooding.

“We’re just moving everything. All of the stuff in the shop, we’ve got to get it up,” Ragans said. “When we have a flood, we’re closed for at least two weeks. It takes that long to get everything cleaned up and back together.”

Road closures are expected due to the flooding, the South Boston Fire Department reported on its Facebook page.

“The excessive amount of rainfall over the past few days has resulted in considerable runoff into area creeks, streams and rivers which will cause major impacts,” the post stated.

“All of our low-lying areas will be flooded: Railroad Avenue, Summit Drive, and based on the predictions, the bottom of Berry Hill Road where it turns into Edmunds Street,” said Lt. Randy Redd of the South Boston Police Department. “Riverdale will flood. They’re anticipating the intersection of U.S. 58 and 501 will flood, as well.”

When the water overtakes the intersection on U.S. 58, a normal drive to one of the outlying plants is quickly turned into a half-hour excursion through winding country roads. Officials are asking motorists to start thinking about alternative routes of travel.

“The National Weather Service has a campaign, ‘Turn Around, Don’t Drown.’” Our recommendation is don’t go through water, find a different route,” said Steve Dishman, emergency services coordinator for Halifax County. “You don’t know if a road is washed out or how deep the water is.”

Dishman added, “As little as 6 inches of moving water can sweep somebody off their feet. Eighteen inches of water can move a car.”

The Virginia Department of Transportation reported Leggett’s Bottom on U.S. 58 also may close as early as Friday morning.

Following its Saturday crest, the Dan River is predicted to fall back below flood stage by Monday afternoon.