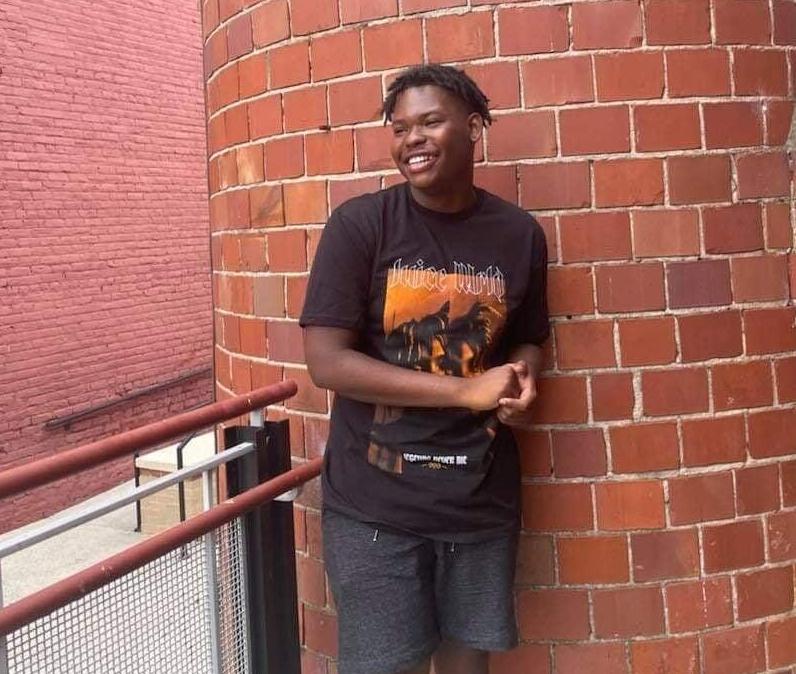 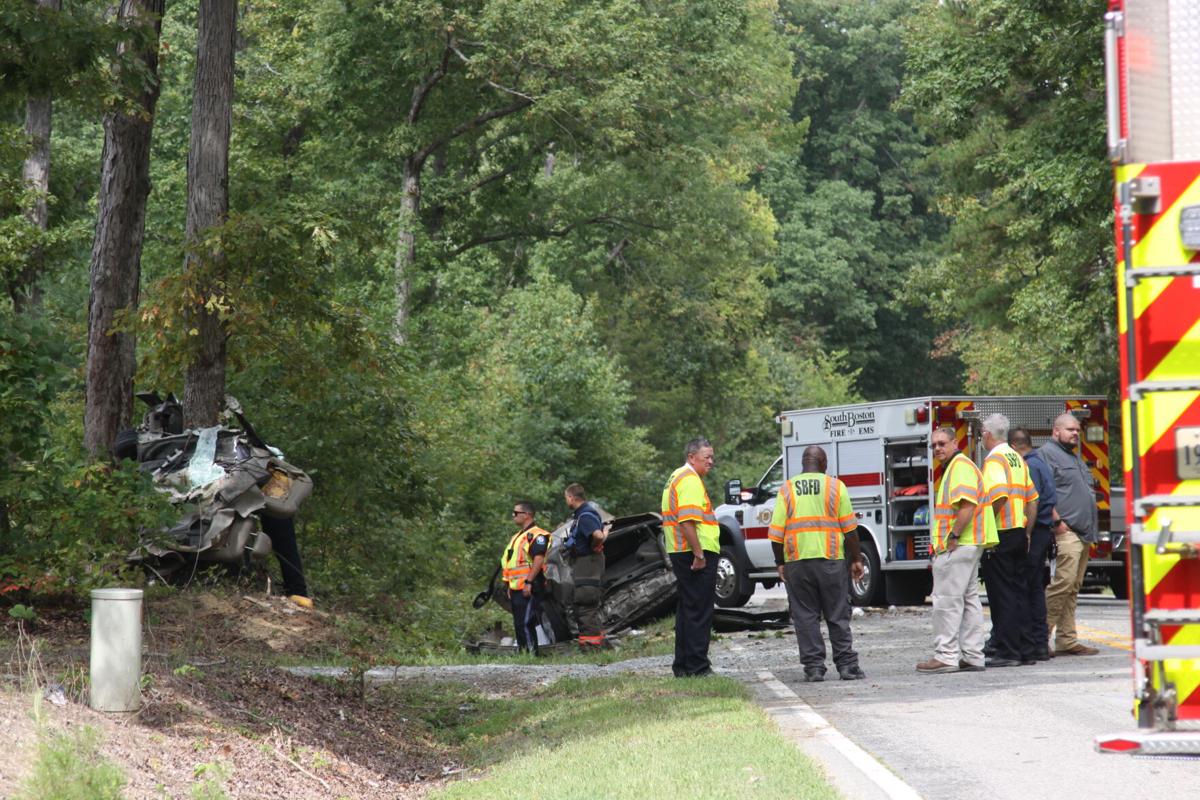 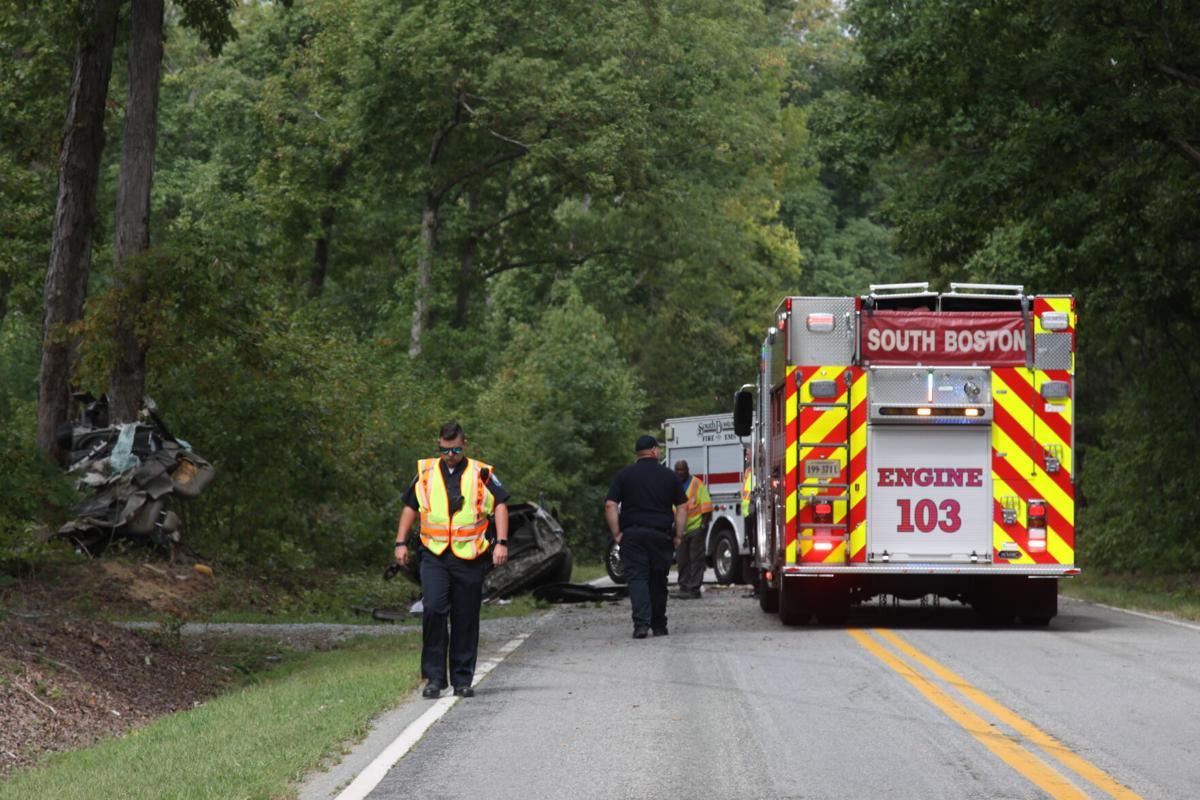 First responders work at the scene of a single-vehicle wreck Monday morning in the 1600 block of Berry Hill Road that claimed the life of the driver, Halifax County High School senior Jordan Ross.

First responders work at the scene of a single-vehicle wreck Monday morning in the 1600 block of Berry Hill Road that claimed the life of the driver, Halifax County High School senior Jordan Ross.

Seventeen-year-old Jordan Ross will never have the opportunity to walk across the stage on graduation day and receive his high school diploma, or achieve his dreams of playing basketball at the college level.

The life of the Halifax County High School senior was cut short Monday morning, in a car wreck on Berry Hill Road.

Ross wrecked the 2004 Nissan Altima he was driving in the 1600 block of Berry Hill Road at 11:20 a.m., according to a report filed by South Boston Police officer S. Kenney. He was pronounced dead on the scene.

“This car crash took the life of a Comet, and as Comets, we all try to stick together and support each other,” said Halifax County High School principal Michael Lewis. “Our heart goes out to his family. We want to be there for them and do anything we can to support them.”

A moment of silence was held Tuesday morning at the high school for the student on track to graduate next spring, whose life was tragically cut short. When the high school students and staff heard the news yesterday of Ross’ death, Lewis said they were “heartbroken.”

“Jordan was a special young man who made an impact on the students and staff here. He was fun to be around, and he was very popular at the school,” Lewis shared. “We had several students who needed support here at the high school yesterday. Working through the grief process with folks can be really difficult in the face of this kind of tragedy…we face this kind of tragedy way too often in Halifax County.”

In the moments leading up to the wreck that claimed Ross’ life, he was traveling north on Berry Hill Road in the 1600 block, when his Nissan veered off the roadway to the right and he overcorrected to the left, causing the rear of the vehicle to lose control and spin around, Kenney’s report states.

The center passenger side of the Nissan struck a tree at the end of the driveway at 1643 Berry Hill Road, causing it to split in half. Ross was ejected from the vehicle.

While the front section of the Nissan remained lodged in the tree, the rear section of the vehicle landed about 20 feet north, on top of Ross, according to Kenney’s report.

Virginia State Police assisted South Boston Police with the crash construction and determined the Nissan driven by Ross was traveling at 100 miles per hour prior to the crash.

When Ross lost his life in the car crash, it was a loss that was felt by many in the South Boston community, and as expressed by Halifax County High School varsity basketball coach Sterling Williams, a bright light was extinguished.

“Jordan will be remembered for his smile. He was always the light in a dark room,” Williams said. “He was charismatic. People just gravitated toward him.”

Ross played basketball on the junior varsity team, and Williams said he had been working out, trying to make the varsity team. While trying to improve his athletic skills, Williams said Ross also had been striving to keep up his grades in school, and working at Walmart.

“He was a well-rounded young man and a really hard worker,” Williams shared. “He got along with everybody. He’s really going to be missed by the entire staff here and the students.”

“He loved basketball,” Pettus related. “All he wanted to do was get better. After practice, he would say, ‘hey coach, how can I get some extra shots in?’”

When he heard the news of Ross’ death, Pettus said the shock sent cold chills up his arms.

“He’s really going to be missed by a lot of people,” Pettus said. “He was a loveable, real friendly kid.”

Ross’ Latin teacher Cynthia Camp described him as an “exceptional kid,” one that a teacher never forgets. She grieved along with the students Tuesday, feeling the loss of a young man who helped her out in the classroom and helped others.

Camp recounted times that Ross lent her a helping hand and a kind word, such as the day she lost her wallet and Ross helped her look for it, and the day Ross called to check on her after receiving an email from Camp along with the rest of the class informing them that her husband had COVID-19.

“Jordan was mannerable and kind and compassionate,” Camp said. “He was an upbeat, wonderful young man.”

Like the staff of Halifax County High School, the staff of the Southern Virginia Higher Education Center (SVHEC) was saddened to hear the news of Ross’ tragic death. Ross was enrolled in the SVHEC’s Career Tech Academy (CTA) information technology program.

“I think his laughter and his smile are going to be missed by all,” said CTA administrator Stephanie Robinson. She added she would miss walking in every day and seeing the smiling face on the student that she also described as respectful and well mannered.

Robinson shared on Tuesday that Ross’ CTA classmates – students from Halifax County, Charlotte County and Mecklenburg County – are working on something special to honor Ross’ memory.

Robinson said Ross enjoyed the IT program, and while he was still exploring future career paths, he had expressed his hope of playing basketball at the college level.

Ross started playing basketball at a young age. Williams recalled coaching Ross at a youth summer basketball camp at First Baptist Church on Ferry Street several years ago. Back then, Williams said Ross had a team-oriented mindset, and that did not change as he went on to play basketball at the high school.

“He’s the ultimate teammate,” Williams said. “It wasn’t all about Jordan, it was about what he could do for his team – the Comets.”

As Comets, Lewis said the staff and students would rally together and offer support to one another to cope with the loss of one of their own — a 2022 Comet whom he will never have the chance to hand his high school diploma on graduation day.