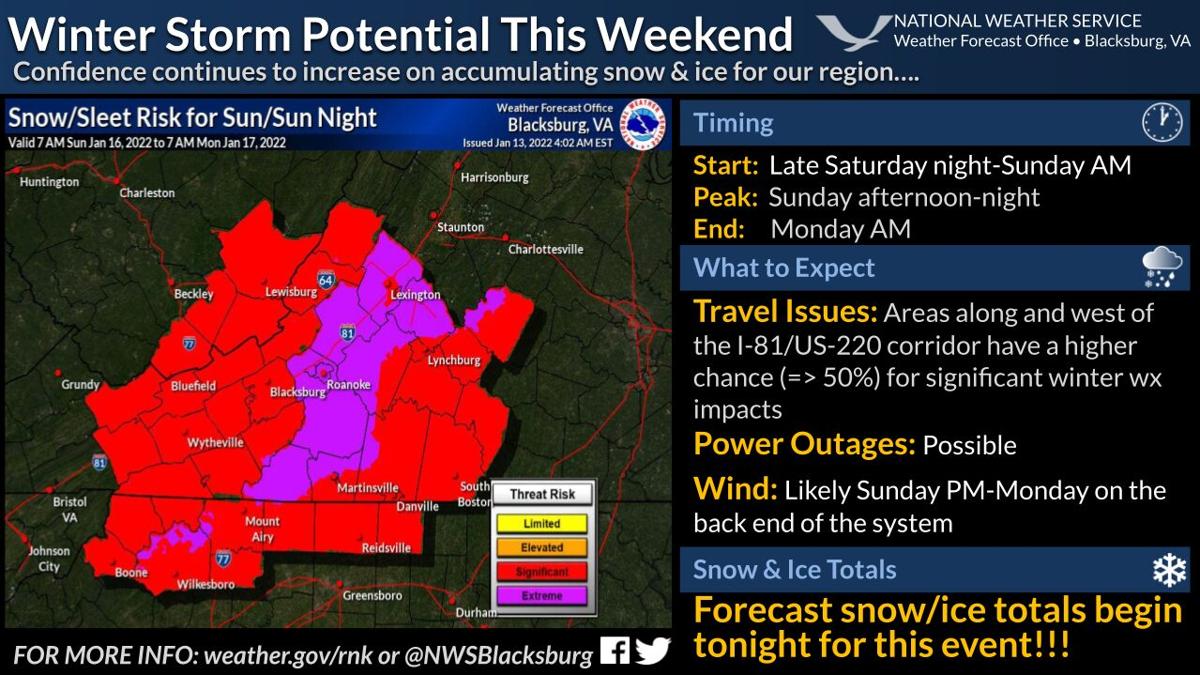 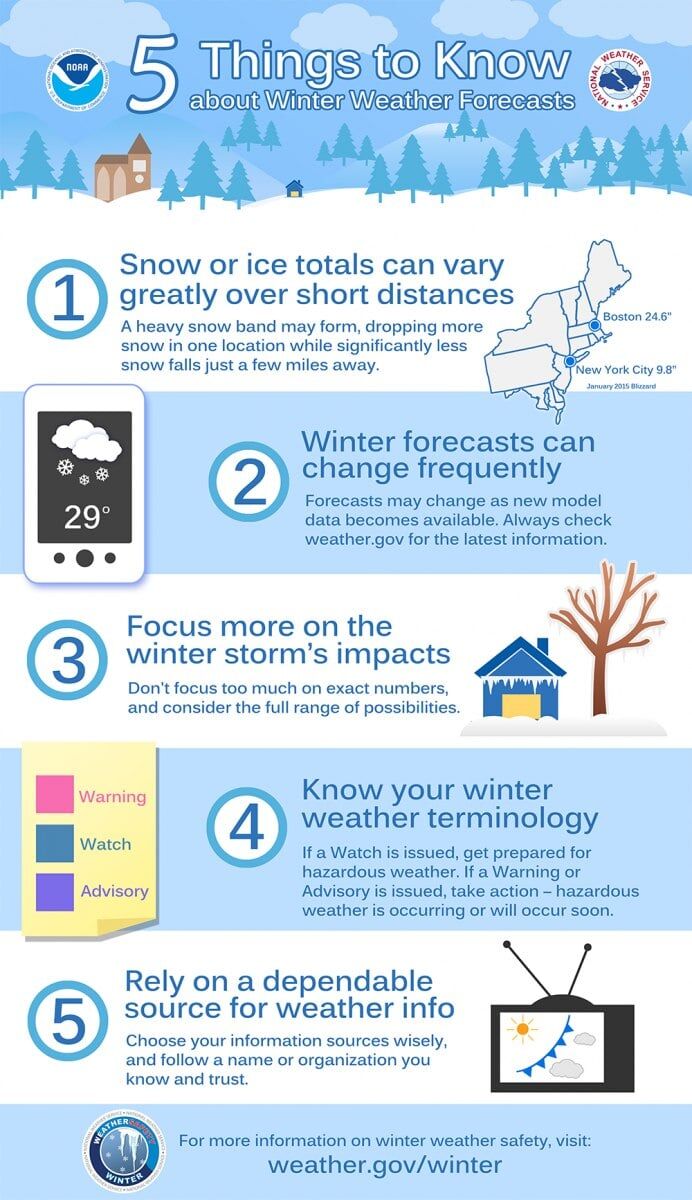 A major winter storm is growing more and more likely for Southside Virginia on Sunday.

There are still lots of variables that will determine if Halifax County sees mostly snow, more of a wintry mix or a combination of everything in between.

“It’s a little too early to tell what’s going to happen,” Erik Taylor, a meteorologist with the National Weather Service in Blacksburg, told The Gazette on Thursday morning.

However, the timing is looking clearer.

A dry Saturday will be followed by what could be a powerful winter punch Sunday.

The storm for the last few days has been out over the Pacific Ocean, Taylor explained. It’s hard to gauge specifics — like accumulation amounts — when forecasters can’t get readings on the system. That only comes “the closer you get to the event,” he said.

On Thursday morning, the official forecast showed snow for most of Sunday mixing with sleet and freezing rain.

It all depends on the track of a low-pressure system that’s bringing the winter threat. If it stays off the coast, that means more precipitation would fall as snow. A track further inland would bring an ice situation for the Piedmont.

Even though the ground temperatures will be right at freezing, the air aloft is what determines snow, sleet or freezing rain.

“Think of it as a layer cake,” Taylor said. There are different things going on at the multiple layers.

When a system tracks off the coast it pulls moisture and warmer air from the ocean. While it appears there’s an abundant supply of moisture — unless a dry slot forms — the warmer air coming from the Atlantic with a westward track would lead to more ice, lowering the storm totals.

“Confidence is increasing that this winter storm may cause notable snowfall accumulations even before any mixing takes place in the Piedmont,” forecasters wrote in a Thursday morning discussion.

Either way, travel will be impacted Sunday and Monday, Taylor said. He suggested people who must drive should have a winter preparedness kit in their vehicle with snacks, batteries, blankets and other essential items in case they become immobilized.

Now’s also the time to get ready for possible power outages at home, he said. Winter storms are notorious for bringing down trees and power lines.

“There are still a lot of finer details and subtle shifts in the track and timing that could alter the overall result from this storm, so it is best to stay tuned for further updates and start to prepare for a wintry end to this weekend,” forecasters wrote in the discussion.

After the system clears out, the next few weeks appear to be either at or below normal for temperatures and at or above average for precipitation, meaning conditions could be in place for more shots at winter storms.

This also means South Boston is “slowly chipping away” at the drought woes, Taylor said.