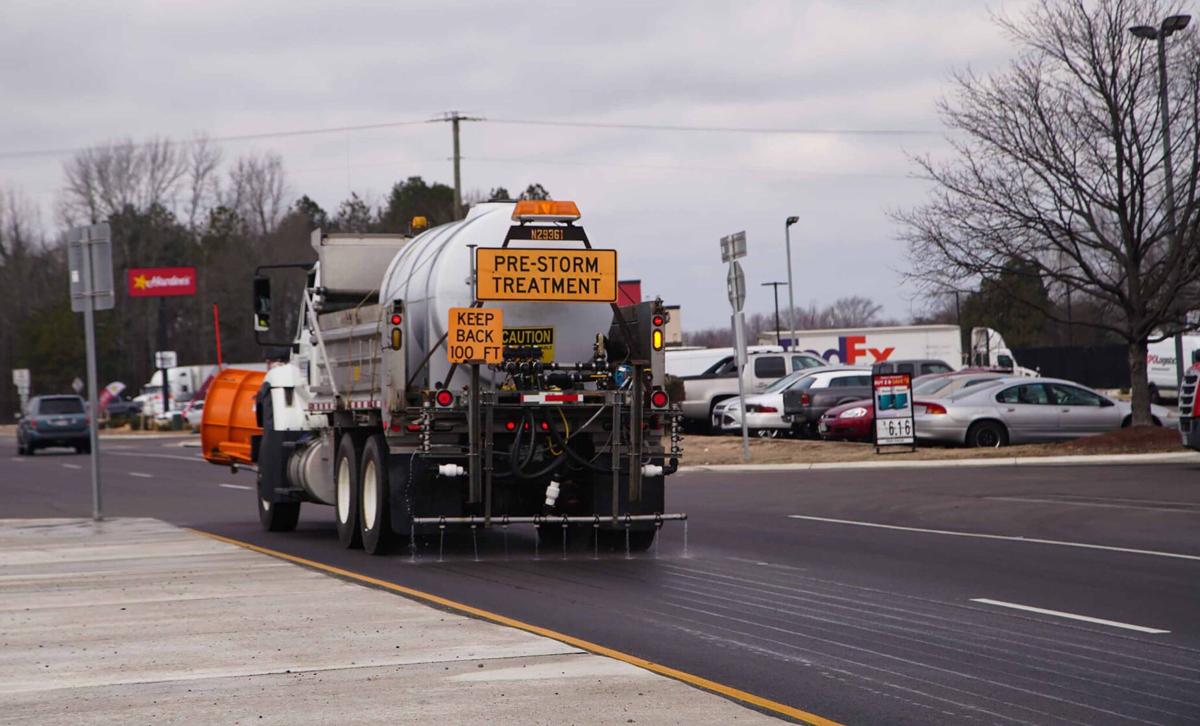 The Virginia Department of Transportation applies a brine solution to state roads Friday. 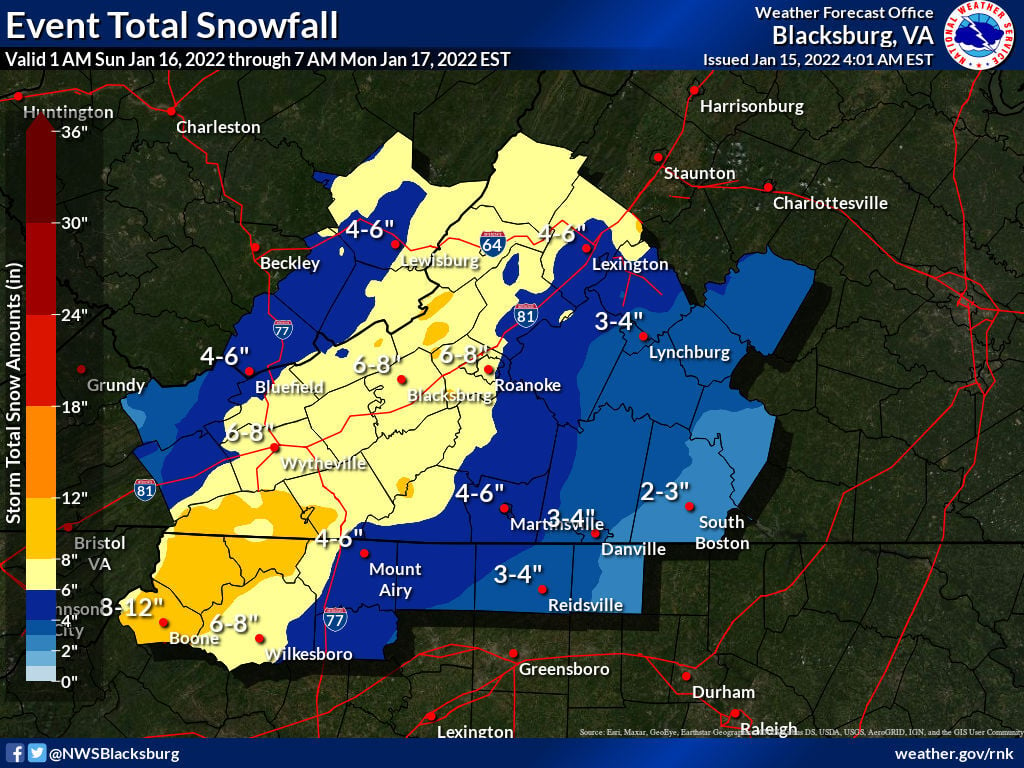 Parts of Halifax County could receive 2 to 4 inches of snow with a coating of ice on top.

A powerful winter storm is expected to roll through Southside Virginia on Sunday, and impacts may linger well into the early parts of the week.

The National Weather Service in Blacksburg has placed Halifax County under a winter storm warning from 1 a.m. Sunday through 7 a.m. Monday.

Nailing down the predicted accumulation amounts proved to be the trickiest part of the storm. As of Saturday morning, forecasters lowered snow predictions and increased the risk of ice for Southern Virginia.

Parts of Halifax County could receive 2 to 4 inches of snow with a coating of ice on top.

Snow is expected to start falling Sunday morning and at some point during the day flip over to a mix of sleet and freezing rain. The timing of that switch would either lower or raise the snowfall potential.

After the storm moves out, gusty winds are expected to continue into Monday. That could cause trouble for trees and power lines already weighed down by snow and ice.

Utility crews serving Halifax County have been preparing for the impending storm for days.

At Mecklenburg Electric Cooperative, all hands were on deck and ready to respond.

“Line crews are stocking the trucks and testing all equipment,” Mecklenburg Electric officials wrote in a Facebook post Friday. “The warehousemen are ensuring that our inventory is fully stocked, organized and easily accessible.”

In addition, mechanics checked vehicles and made sure everything was ready to hit the road.

“Our inside personnel are planning meals and have booked hotel rooms for mutual aid crews, some of whom will be staged as early as Saturday in preparation for widespread damage to our system,” the post stated. “They’ll also be prepared to man our call center.”

The cooperative had a plan in place for line crews to be “strategically placed” across the service area based on the latest forecast guidance.

They warned customers to prepare for “potential extended power outages.”

Dominion Energy said crews and contractors were on standby ahead of the storm and they already had asked for help from other utilities if needed. In addition, the storeroom and warehouses across the Dominion’s system were replenished from the last storm, officials wrote on Facebook.

Travel was heavily discouraged by forecasters and state leaders.

“Travel impacts will continue into Monday as northwest winds increase due to the tightening pressure gradient between the deepening coastal low passing over the Northeast and high pressure building over the Gulf Coast,” forecasters wrote in an online weather discussion.

The high winds could bring down more trees, littering and blocking the snow-and-ice covered roadways.

Officials with the Virginia’s Department of Transportation had a blunt warning to residents: “If you do not need to be on the roads, please stay off of them.”

VDOT started pretreating main roads with a brine solution of salt and water Friday. When the water evaporated, it left the salt behind. That’s designed to break a bond with snow and the road surface.

On his last day in office, Gov. Ralph Northam declared a state of emergency in preparation for the winter storm.

“We expect this storm to have a significant impact in many parts of Virginia,” Northam said. “Declaring a state of emergency now allows our emergency responders to prepare, and to move supplies and equipment where they expect to need them the most.”

It also gave Gov. Glenn Youngkin, who takes office Saturday, the ability to ability to respond to any storm needs swiftly.

Parts of Virginia are still dealing with the consequences of recent events, including power restoration and significant debris removal. This upcoming weather system is likely to include additional downed trees, more electrical outages, and significant impacts on travel conditions.

For people who must travel, VDOT offers recommendations:

Those who must be on the road during the storm should maintain a safe speed, increase following distance and visit 511virginia.org to check conditions before travel.