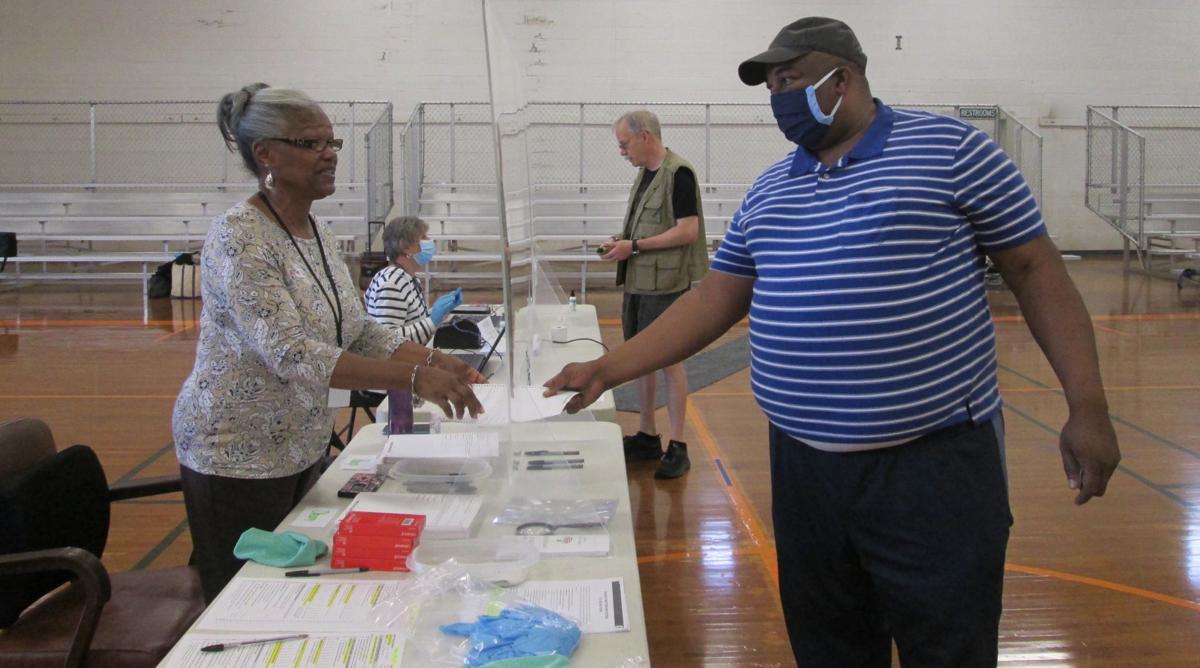 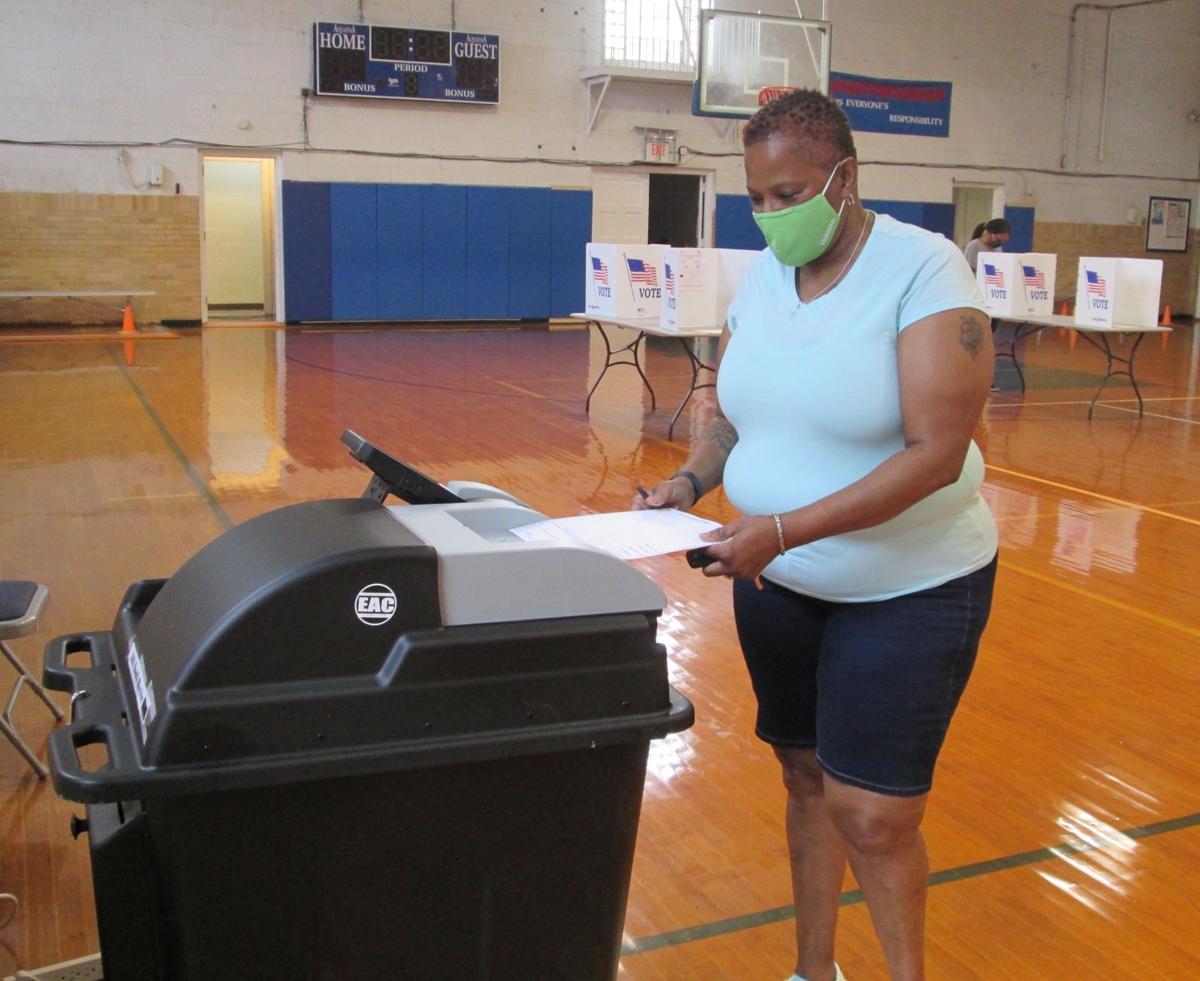 Voter turnout was low in Halifax County in Tuesday’s primary elections, but the voters who came to the polls were eager to make their vote count.

“Our vote makes a difference. You don’t have a say so if you don’t cast a vote,” said Carolyn Robertson, who cast her ballot at the South Boston Recreation Center precinct.

Just down the road at the Center precinct (Fire Training School), chief election official Christopher Whitt said voter turnout had been “typical” for what he would expect for a primary election.

As of about noon, 77 voters had cast their ballots at the precinct.

Odie Lewis, an election official at the Center precinct, added that Tuesday morning had been “steady,” with voters “flowing in one at a time.”

Pat Roberts was one of the voters who cast her ballot at the Center precinct.

“Our forefathers have fought so hard for us to have the right to vote, so we have the easy part now. All we have to do is get in the car and zip on down to vote,” Roberts said. “This is our part in history…one person’s vote matters so much.”

Voters in the Democratic primary for the U.S. House had their choice of four candidates on the ballot for the 5th Congressional District: Roger Dean “R.D.” Huffstetler Jr. of Charlottesville, Dr. Cameron Webb of Charlottesville, Clair D. Russo of Earlysville and John D. Lesinski of Washington.

The Republican Party nominee for the 5th District is Bob Good of Campbell County; he defeated incumbent Rep. Denver Riggleman at a June 13 convention.

Voters in the Republican primary for U.S. Senate had their choice of three candidates on the ballot: Alissa Baldwin of Lunenburg County, Thomas Speciale of Woodbridge and Daniel Gade of Alexandria.

The Democratic Party is not holding a Senate primary. Sen. Mark Warner is unopposed for his party’s nomination. He has held the Senate seat since 2008.

Alan Briley voted in the Republican primary at the Courthouse Precinct in Halifax Tuesday morning.

“I voted for Daniel Gade for Senate. He’s military, and he’s an amputee. He’s served his country before, and he’s willing to serve it again,” Briley said. “I believe we need a change up there in the Senate.”

Leville Easley also cast his ballot at the Courthouse Precinct in Tuesday’s primary election, although he did not specify which particular candidates garnered his vote.

Jeana Hollandsworth, chief election official for the Courthouse Precinct, said the voter turnout had been slower than usual, with only 48 voters casting their ballots by about 11 a.m.

“Normally by lunchtime, we would have seen at least twice as many voters on a busy election day,” Hollandsworth said. “I really think a lot of people didn’t know there was an election today.”

The date of the June primary elections changed per Gov. Ralph Northam’s Executive Order 56 because of COVID-19. Election officials and voters alike also took extra precautions at the precincts Tuesday to prevent the spread of COVID-19.

“We have hand sanitizer available. We’re providing masks for our election workers. We’re sanitizing the tables and doorknobs and trying to keep the doors propped open when we can,” said Heather Harding, director of elections for Halifax County.

The precincts also had shields set up at the tables in the precincts, creating a physical barrier between the election officials and voters.

Aside from voting in person on Election Day, voters also had the option of casting an absentee ballot by mail or in person.

Harding reported that in the Democratic primary, 119 people had voted absentee in person, and 218 absentee ballots had been sent by mail, with 143 of those returned marked.

In the Republican primary, Harding said 45 people had voted absentee in person, and 118 ballots had been sent by mail, with 65 of those returned marked.

Voters in Halifax County had until 7 p.m. to head to the polls to cast their ballot in the primary election. Official election results were not available as of press time Tuesday.