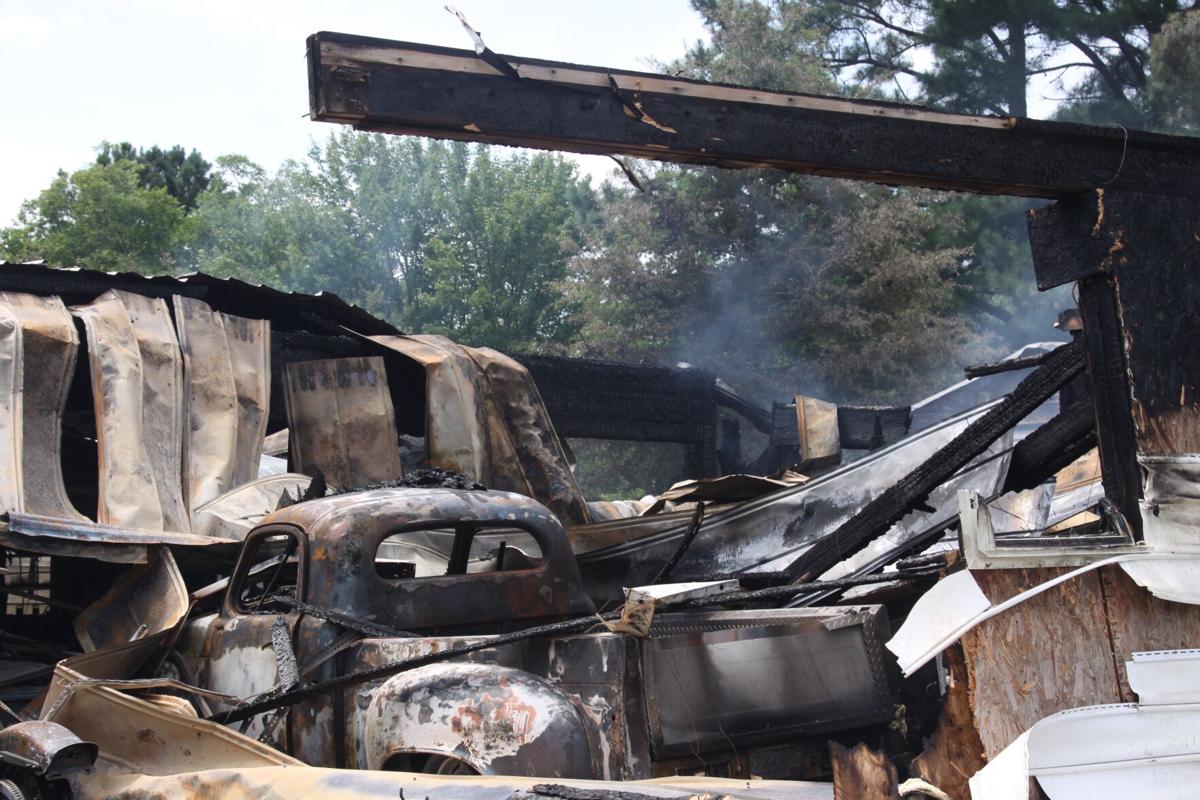 Smoke still lingers in the remnants of Raymond and Terry Butler’s garage Sunday afternoon. A Saturday night fire destroyed numerous antique vehicles and other equipment in the garage at 1133 Newton Farm Road. 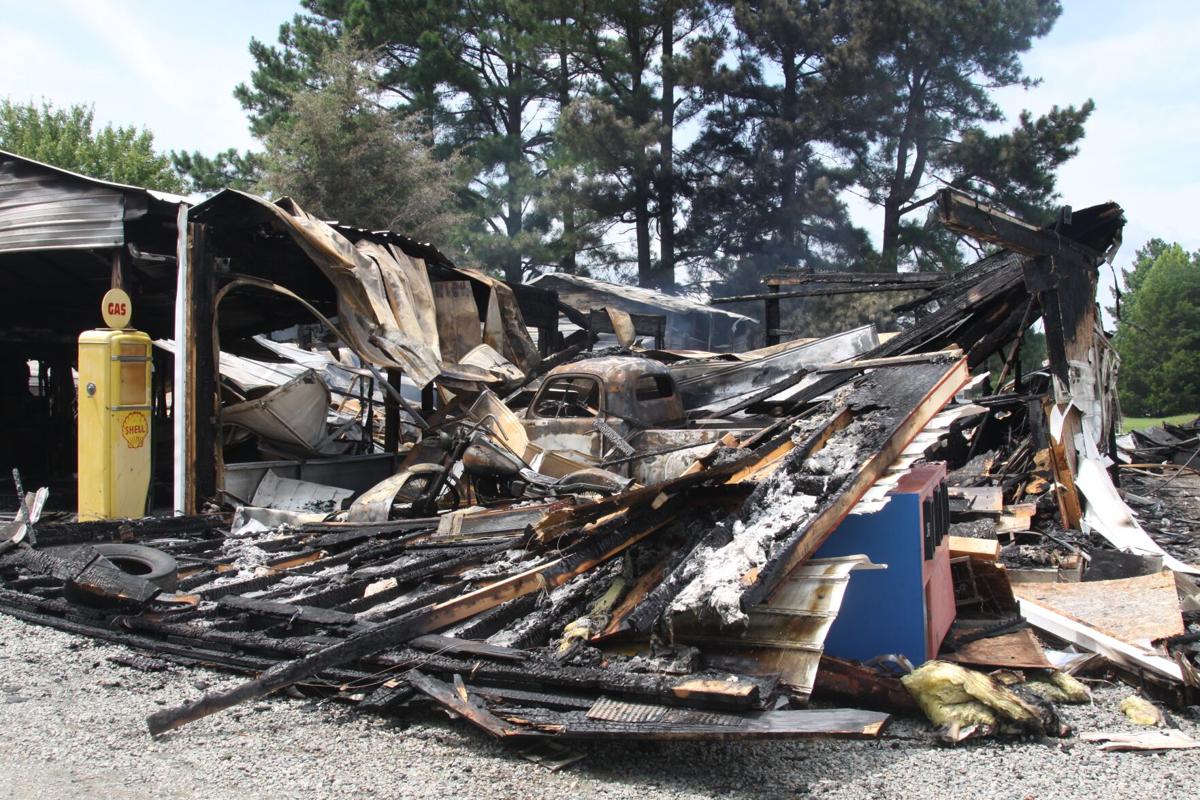 A Saturday night fire gutted this garage on Newton Farm Road owned by Raymond and Terry Butler. Butler said he believes lightning struck the garage, causing it to catch on fire. 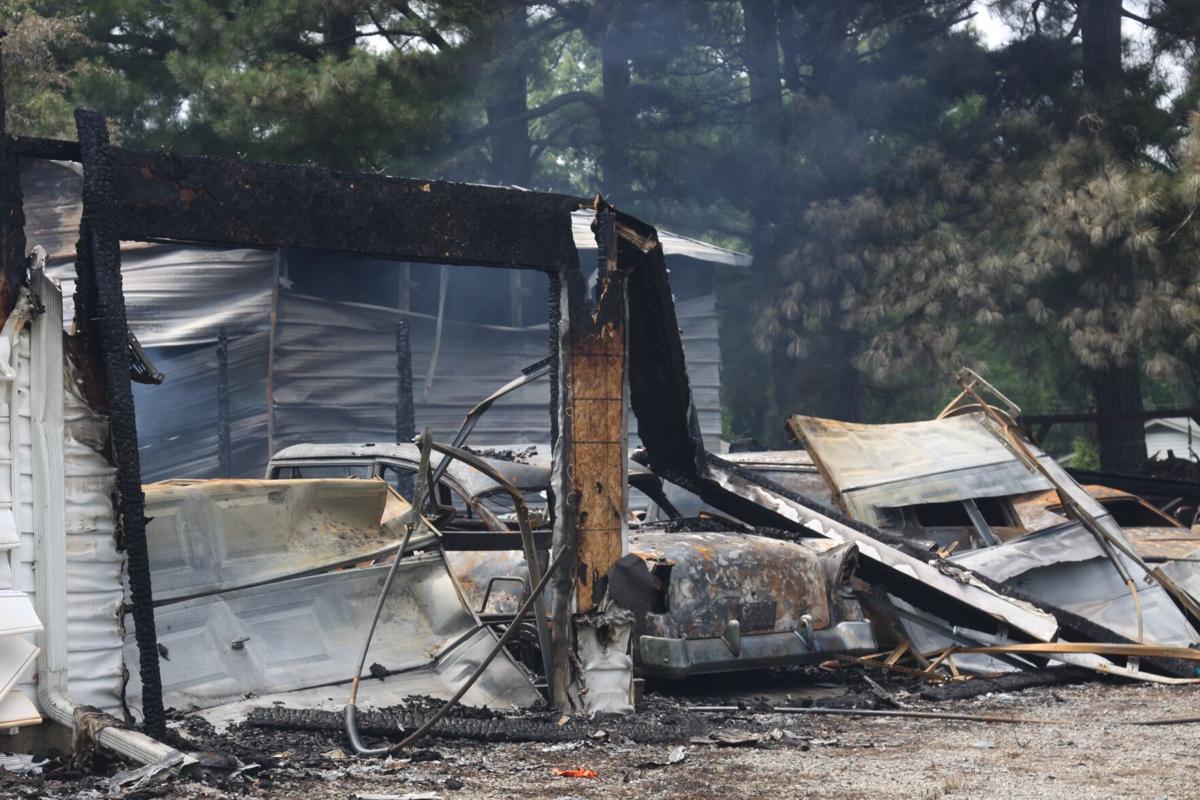 The remnants of antique cars are visible in the rubble from a Saturday night fire that destroyed a garage filled with cars, motorcycles and other equipment owned by Raymond and Terry Butler. Multiple fire departments responded to the blaze on Newton Farm Road and worked into the early morning hours to extinguish the fire.

A Saturday night fire destroyed a Halifax County garage at 1133 Newton Farm Road filled with antique cars and other equipment.

Chris Hudson, chief of the Cluster Springs Volunteer Fire Department, deemed the garage and its contents a “total loss,” estimating $800,000 in damage from the fire. He said a lightning strike was determined to be the cause of the fire.

“We had extreme lightning and thunderstorms last night. Lightning was coming down and splintering off. We think lightning struck the center of the shop,” Butler further explained. “I went out there and the top of the shop was completely engulfed with flames.”

At that point, Butler said he knew it was too dangerous to enter the garage and try to save his and his wife Terry’s numerous antique cars, bicycles, golf carts and other collectibles.

The Cluster Springs Volunteer Fire Department arrived on the scene at 11:30 p.m. with three trucks and remained on the scene until 5 a.m. Hudson said heavy flames and smoke were showing when he arrived on scene.

“We had good support from the fire departments,” Butler commented.

Two propane tanks adjacent to the house proposed a hazard due to the fire, and at one point, the area had to be evacuated. A technician from Southern States working on the propane tanks was injured and had to be transported to a medical facility for treatment, Butler said.

At this point, Butler said he would not try to replace all of the cars that were burned in the fire, and some of the items had sentimental value and are irreplaceable. Despite sustaining such a major loss, Butler had a positive attitude the day after the fire, citing his faith as the source of his optimistic outlook.

“God has blessed us in the past and it’s His will. He’s got a plan for us involved in this somehow,” Butler said.