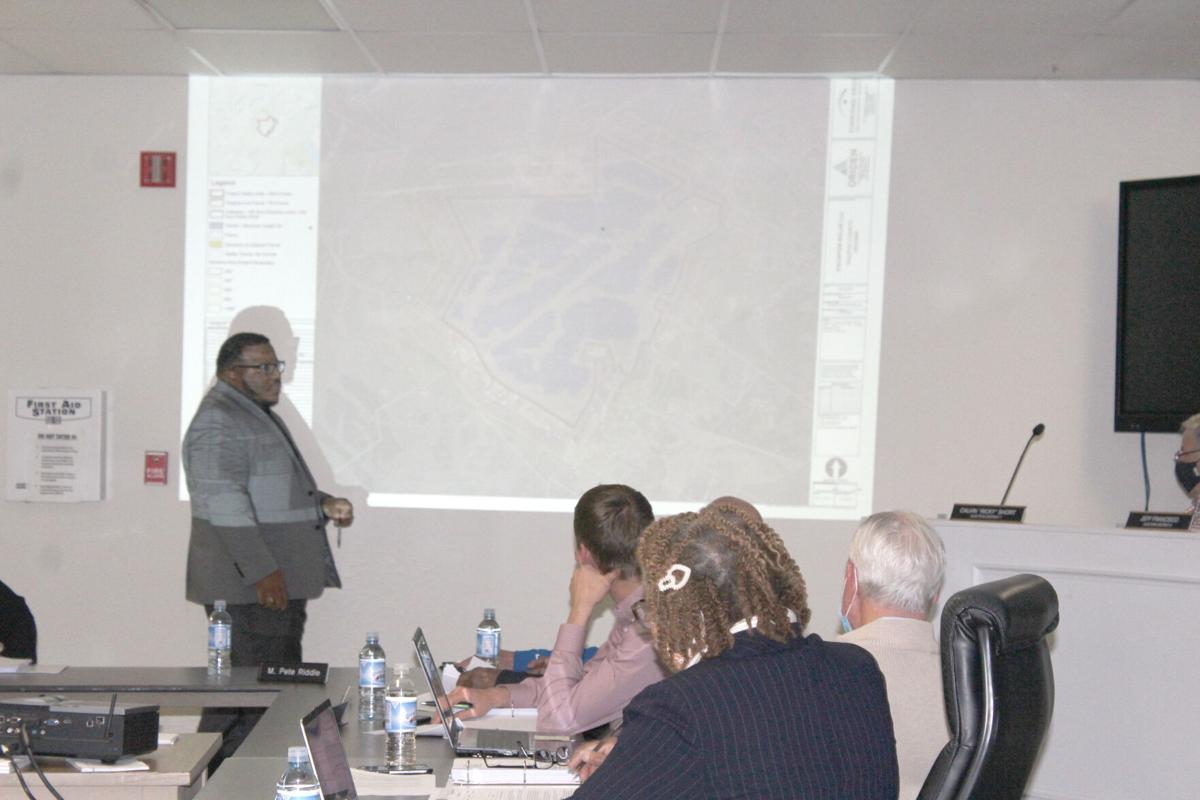 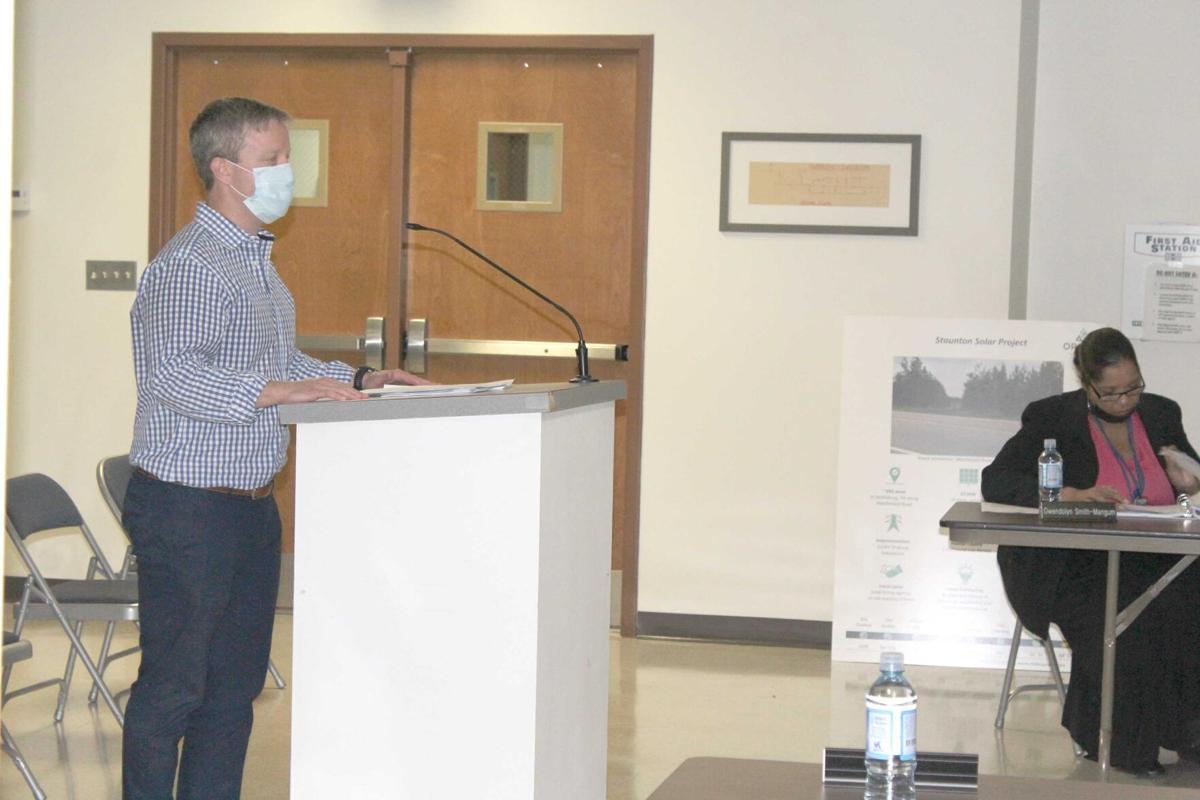 Another solar facility to be located in Halifax County jumped its first hurdle Tuesday evening when the Halifax County Planning Commission recommended approval of its conditional use permit following a joint public hearing with the Halifax County Board of Supervisors in which no one spoke in support or opposition.

The planning commission also recommended approval of changes to the solar ordinance that would help shield this facility as well as future solar facilities from neighbors following a public hearing in which no one spoke.

Recommended changes to the solar ordinance include increasing the right of way setback from 75 feet to 150 feet, increasing the setback from adjoining property owners from 25 feet to a minimum of 100 feet or a maximum of 300 feet and if there’s no existing vegetation on the property, a green privacy fence will need to be installed.

These recommendations will now go before supervisors in December for consideration of final approval.

Staunton Solar LLC is seeking a conditional use permit to install a 47-megawatt solar facility on MacDonald and Dryburg Road in Scottsburg on properties currently owned by Robert Harris, Talley and Diane Cook, Ronald Reel, Francis Mitchell and Bobby and Susan Snead.

The proposed project includes a total of 583.5 acres, with 355 acres used for the solar facility. The property is currently comprised of timberlands and forested areas.

The project consists of 15.6% of prime farmland.

After sharing information about the project’s site plan, Halifax County Planning and Zoning Administrator Detrick Easley told the boards that he had notified Staunton Solar LLC about the proposed solar ordinance amendments and said they had agreed to increase setbacks off of MacDonald Road up to 150 feet to the solar facility and also from adjacent property lines up to 100 feet.

“They have agreed if the ordinance is approved by the board to increase setbacks,” said Easley.

He also said they have agreed to the 28 site conditions.

The planning and zoning administrator also explained that this project does not currently have a tax payment agreement in place, but he said they’re in negotiation with county administrator Scott Simpson.

Mike Berlin, director of development at Oriden, told the board they had just received a draft site agreement and plan to meet next week.

“We are fully committed to reaching something that’s beneficial to the county,” said Berlin.

In sharing information about this solar project, Berlin explained they chose this project because it will have very minimal impact to farmland, because its very much hidden from neighbors and has existing vegetation. But, the main reason they chose the site, he said is because of the substation located on MacDonald Road.

Upon approval by supervisors, Berlin said they would move forward with their PDR application with DEQ and construction storm water permit.

They would like to start construction in 2023 and start commercial operation by the end of that year or beginning of 2024.

Following the public hearing on the solar facility in which no one spoke, the planning commission unanimously agreed the proposed solar facility’s general location, character and extent is in accordance with the county’s comprehensive plan.

The commission also directed Easley to report that finding to supervisors.

Prior to recommending its approval, members of the commission discussed some concerns submitted by the Virginia Department of Conservation and Recreation.

DCR has concerns about the proposed solar facility because it is across from Falkland Farms, where they have controlled burns, and due to being near two creaks including Difficult Creek, according to Easley.

He said they recommended four conditions be added to the 28 site conditions, but Easley said he felt the conditions were already being met due to the 100 foot buffer, pollination being put in place and other conditions.

Berlin told the commission he too felt they had addressed DCR’s concerns, and anything not yet addressed would be addressed when they continued their permit process with DEQ and their storm water permit.

Planning commission vice chair Mattie Cowan told Berlin they needed to know if they were in agreement with DCR’s requests.

Berlin said conceptually, they were in agreement, but they had just received DCR’s letter that afternoon. He said the only item in their letter that had not been addressed was a fuel free fire break.

Commissioner Pete Riddle asked Easley if he thought Staunton Solar should put their agreement with DCR in writing, but Easley explained that DCR’s requests would get fully addressed later in their permit process.

Simpson also told the commission that they were not obligated to include DCR’s four conditions.

Cowan then made a motion to recommend approval, which was seconded by commissioner John Beard, and unanimously approved by the board.

In discussing the changes to the solar ordinance, ED-2 supervisor Jeff Francisco asked Easley if Staunton Solar LLC was required to meet the new standards.

Easley said while they are not required, he said they have agreed to comply.

Commissioner Will Reese asked Easley if they should define sufficient vegetation, but Easley said they had planned to leave that up to county staff and supervisor’s discretion.

Following the public hearing in which no one spoke, chairman James Davis made a motion to adopt the solar ordinance, which was seconded by Reese, and unanimously approved by the board.