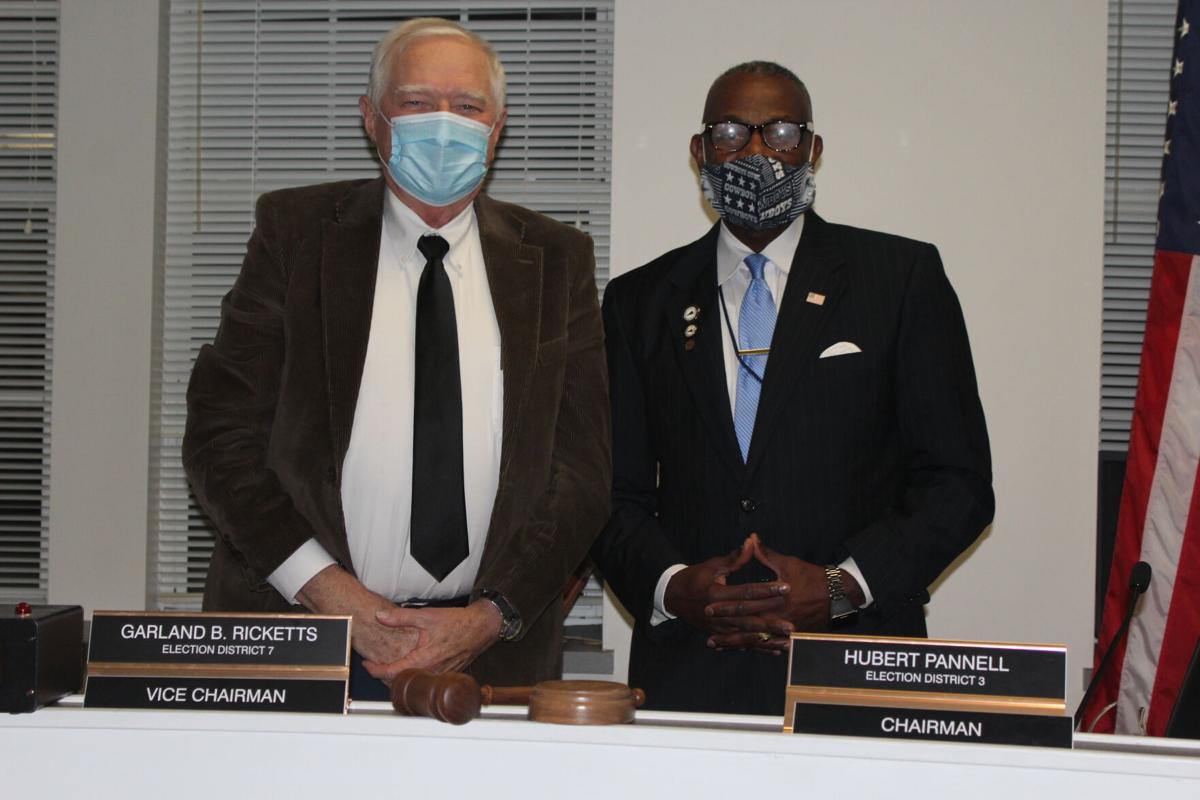 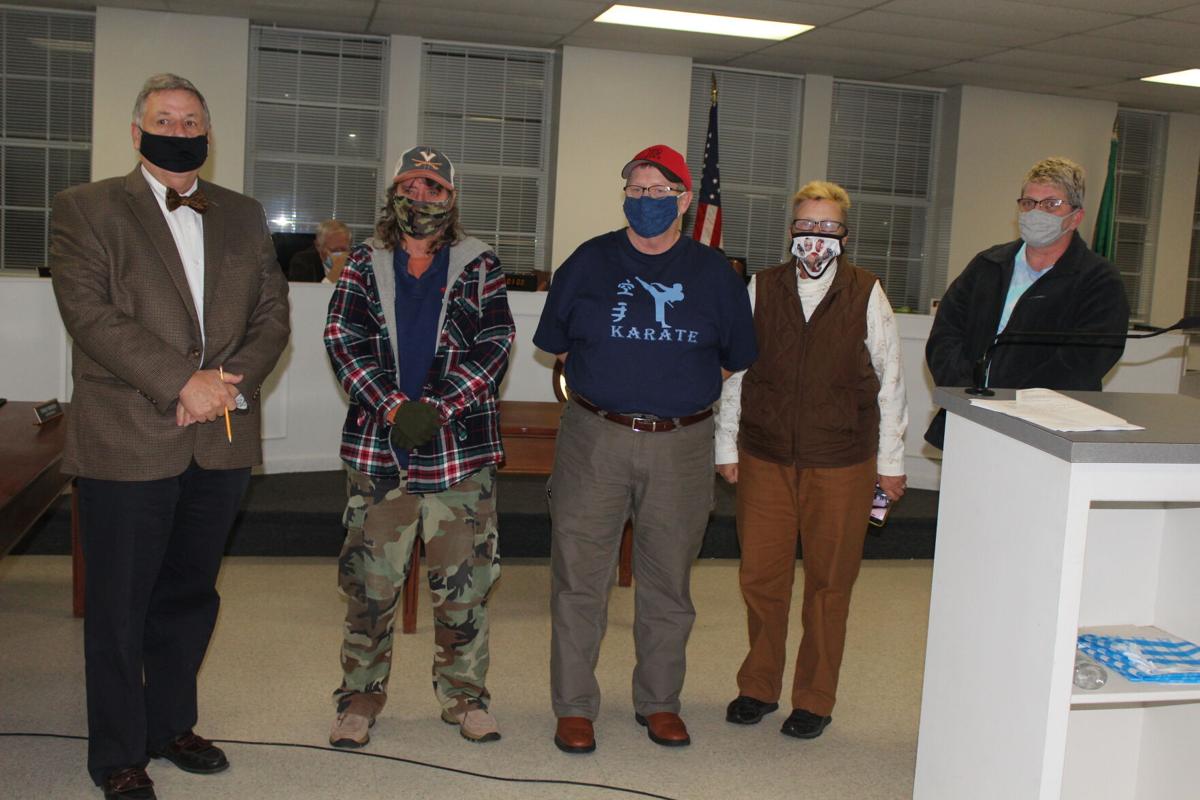 Chairman Hubert Pannell and vice chairman Garland Ricketts of the Halifax County Board of Supervisors will remain in their leader positions for another year after supervisors reorganized at their Monday evening meeting.

Pannell and Ricketts were the sole nominations for their positions, and both were unanimously approved.

ED-8 Supervisor William Bryant Claiborne was absent from the meeting.

ED-5 supervisor Dean Throckmorton nominated Pannell for chairman, and ED-2 supervisor Jeff Francisco seconded the nomination. No other nominations were offered before closing of nominations and the roll call vote.

ED-4 supervisor Ronnie Duffey nominated Ricketts for vice chairman, and ED-1 supervisor Ricky Short seconded the nomination. No other nominations were offered before closing of nominations and the roll call vote.

“Thank you for allowing me to serve as chairman,” said Pannell, before noting several challenges facing supervisors such as economic growth, the COVID-19 pandemic, the vaccination for COVID-19, and getting local children back in school facilities.

He also encouraged his fellow supervisors to be respectful and work for their constituents.

The board also decided to send the bylaws, meeting guidelines, code of ethics and standards of conduct back to the policy and personnel committee for review and possible changes, and decided to use all protocols approved in 2020 in the meantime.

Supervisors also confirmed Pannell as the director of emergency services and adopted a 2021 holiday calendar and meeting schedule.

In other action, the board unanimously approved three recommendations from the finance committee.

The first recommendation was to accept expansion funding for Comprehensive Community Corrections Act and Pretrial Services from the Department of Criminal Justice Services. The county received a grant of $303,472 to expand the services, currently offered in Halifax County, Pittsylvania County and Danville City, to other counties.

Supervisors also approved a recommendation to use revenue from skilled gaming machines to pay for a Vision 8 software upgrade for the Commissioner of Revenue’s Office. Simpson told supervisors they retain roughly $6,000 a month from the gaming machines.

The final approved recommendation was to deny a request from the Department of Health to retain unmatched funds.

Due to a reduction in state funds, the local health department ended up with $21,150 in unmatched funds and asked to keep it. But Simpson said members of the finance committee felt that due to the current uncertain times, it was best for supervisors to retain that money in their budget.

• Heard a request to abandon Florida Trial. The posting of the roadway and advertisement in the newspaper has occurred, and the process is in the 30-day waiting period for public comment.

• Authorized a sub-award agreement after the county was awarded a $49,804 2020 Local Emergency Management Performance Grant from the U.S. Department of Homeland Security Federal Emergency Management Agency and formed a review team of Pannell, Francisco, Simpson and emergency services coordinator Steve Dishman to determine the final scope of the project.

• Adopted a resolution in support of naming Route 603, Cody Road, from Route 647 across Leda Grove Road North to Joel’s Lane and Cody Road as the Richard E. “Dickie” Abbott Memorial Highway. This action began the process with Virginia Department of Transportation and the Commonwealth Transportation Board to rename the roadway.

• Heard an update on the courthouse renovation project in Halifax, which has approximately five weeks of construction left. Substantial completion remains on schedule for early February with final preparations occurring over the following six weeks, and end user moves into the building during the last week of March.