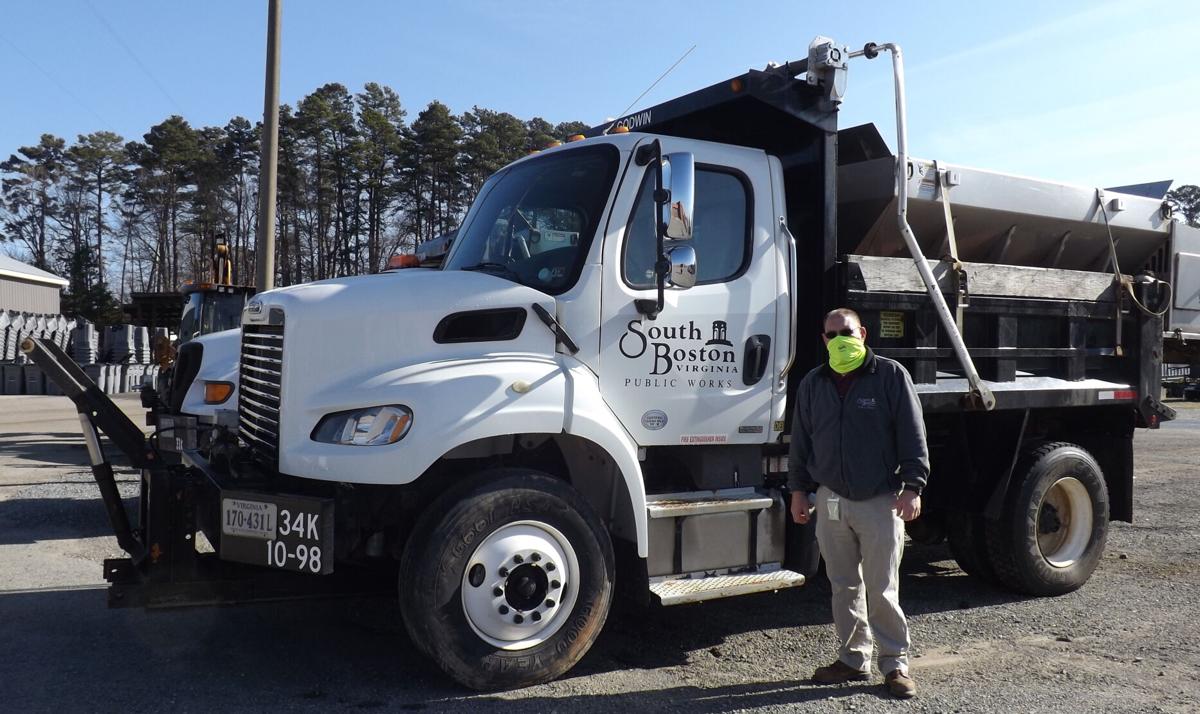 C.W. Crowder, director of the South Boston Public Works Department, stands by one of the trucks Thursday that he anticipates the night shift crew will use to salt the main roadways in town with South Boston under a winter weather advisory starting at midnight. 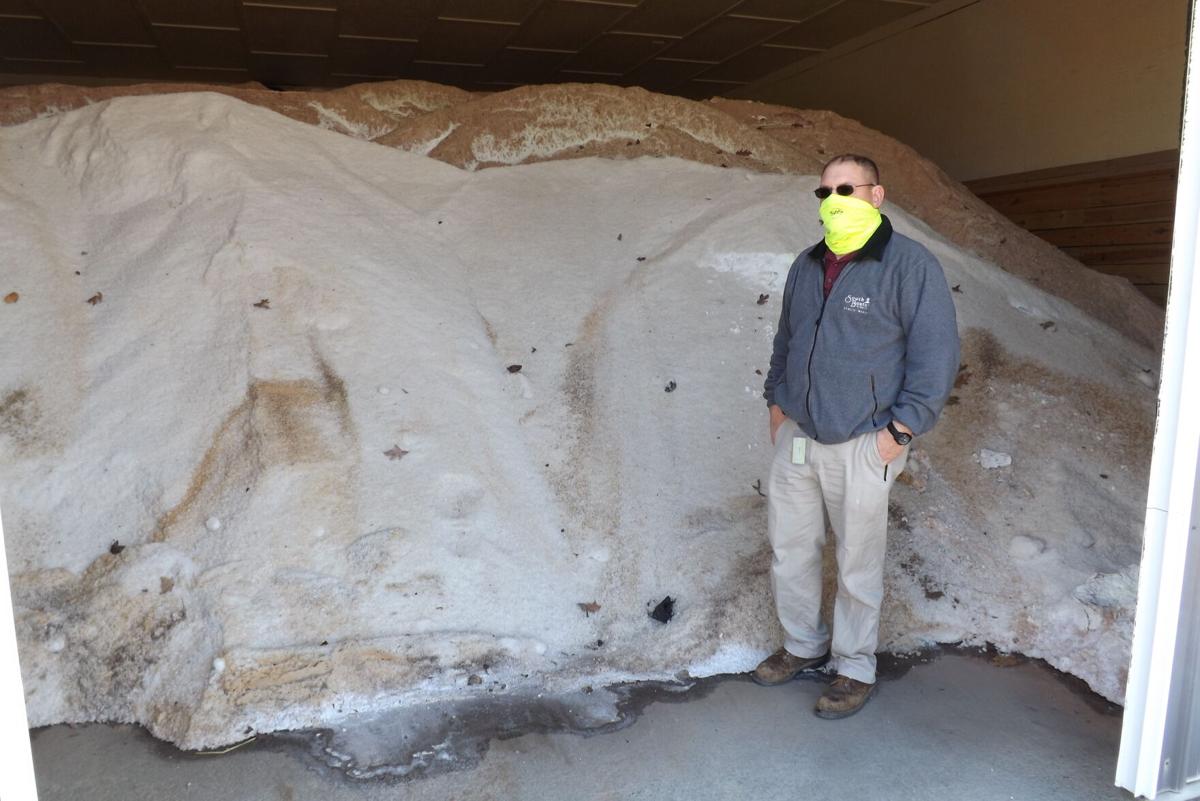 C.W. Crowder, director of the South Boston Public Works Department, shows the approximate 800 tons of salt the department has at the ready for salting the town’s roadways in the case of winter weather.

A weather system moving into Halifax County could bring the first snowfall of the winter.

South Boston is under a winter weather advisory on Friday. A wet snow with light accumulation amounts is expected.

Residents of the northern part of Halifax County can expect only a dusting of snow, an inch or less, while residents of the town of South Boston can expect about two inches of snow, said Ken Kostura, a meteorologist with the National Weather Service, on Thursday morning.

“There’s an area of low pressure that’s moving across to the South,” Kostura said. “The highest snowfall totals will be in the northwest mountains of North Carolina, around Boone.”

The weather system tracking across the South will have a “very sharp cut off” for precipitation to the North, which is expected to be just north of Route 460 in the Lynchburg area, Kostura added. South Boston is on the eastern edge of the storm system.

With the winter weather advisory in effect, Halifax County residents should be prepared for potential hazardous road conditions Friday morning, throughout the day and into the night Friday, and Saturday morning.

The South Boston Public Works Department has equipment and approximately 800 tons of salt at the ready to treat the roads during the wintry weather.

“Once the winter weather starts, we watch the temperature, and if it gets down to 32 degrees, we’ll start putting a layer of salt down on our major roads: Route 501, Berry Hill Road, River Road, Route 360 and Hamilton Boulevard,” said the town’s public works director C.W. Crowder. “We use straight salt; it is a melting agent. It puts a layer underneath the snow so it is a plowable surface.”

The public works department’s night shift employees report to work at midnight, and Crowder anticipated that the Thursday night crew would be out salting the roadways with the wintry weather expected to start overnight.

The public works department also uses a sand and salt mixture on shady spots in the roadway that tend to get slick, creating traction for motorists traveling across those spots, Crowder explained. He said the public works department’s trucks also are equipped with plows, but they will not be used unless at least two or three inches of snow falls in South Boston.

Crews with the Virginia Department of Transportation also were preparing Thursday to treat the roadways.

“Our crews are checking their equipment. They do have a mobilization plan in place based on the current forecast,” said Paula Jones, communications manager for VDOT’s Lynchburg district, on Thursday morning.

She said VDOT staff was continuing to monitor the weather forecast at that time because a “50-mile shift to the north” in the track of the storm system could mean a “big difference” in precipitation amounts for the Lynchburg VDOT district.

A weather model released by the National Weather Service Thursday morning showed the Lynchburg area receiving anywhere from no precipitation to three inches of snow depending on the track of the storm system. For the South Boston area, the model predicted an inch of snow as the “most likely” amount of snowfall and three inches of snow on the “high-end” potential forecast.

Jones said VDOT crews would monitor “typical cold spots” and would put down abrasive chemicals in those areas if necessary and the VDOT vehicles would have snow plows on them ready for use if the district gets at least a couple of inches of snow.

“First and foremost, if you don’t have to travel, it’s best just to stay home,” Jones advised. “If you must travel or if it’s very light precipitation, be very deliberate in your movements and don’t slam on brakes. Know your vehicle and its features and which ones you might not want on in snowy weather.”

Halifax County residents will not have long to get a good look at the snow as it is not expected to stick around for long.

With temperatures forecast to reach the mid 40’s on Saturday, the snow will begin to melt, and the speed at which that will occur depends on the cloud cover, Kostura said.

Halifax County’s next chance to catch a glimpse of snow is Tuesday morning, with a 30% chance of precipitation in the forecast.