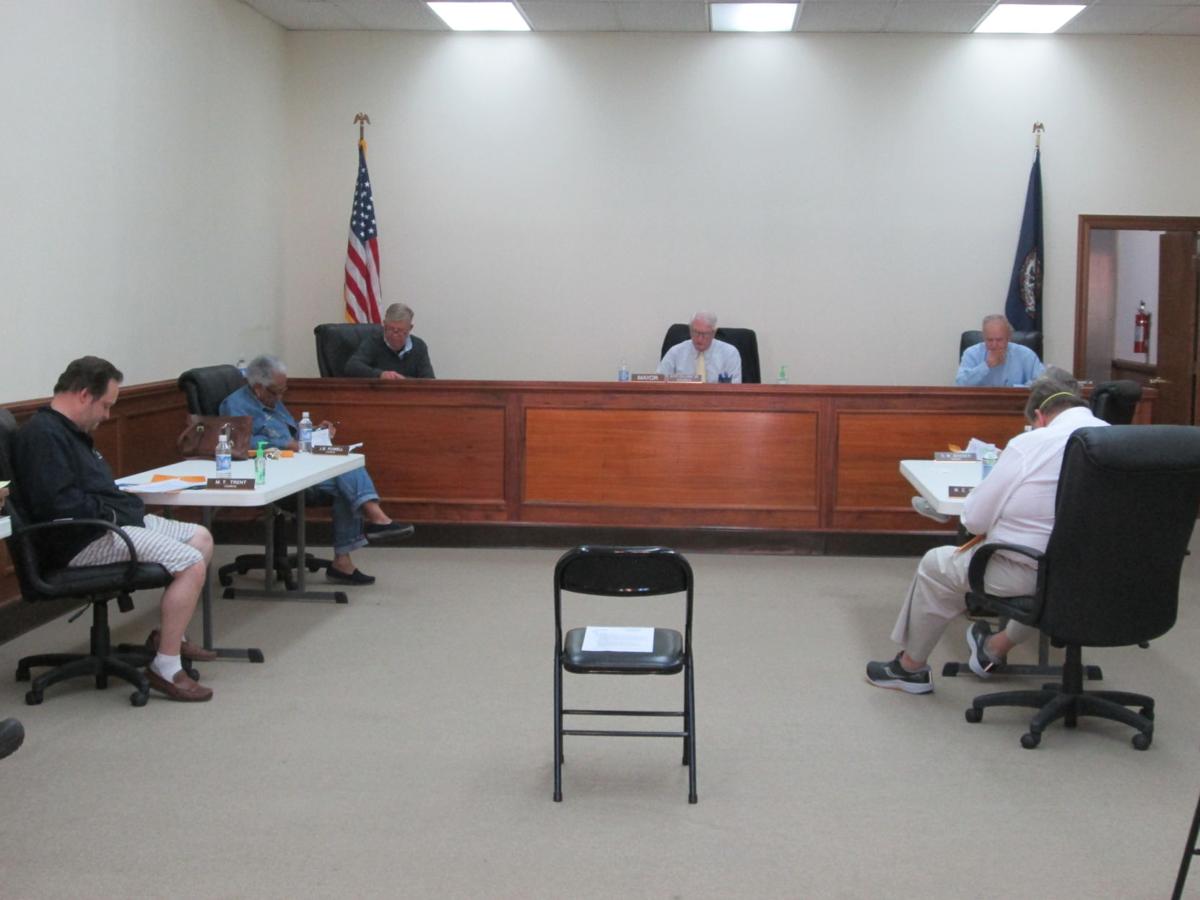 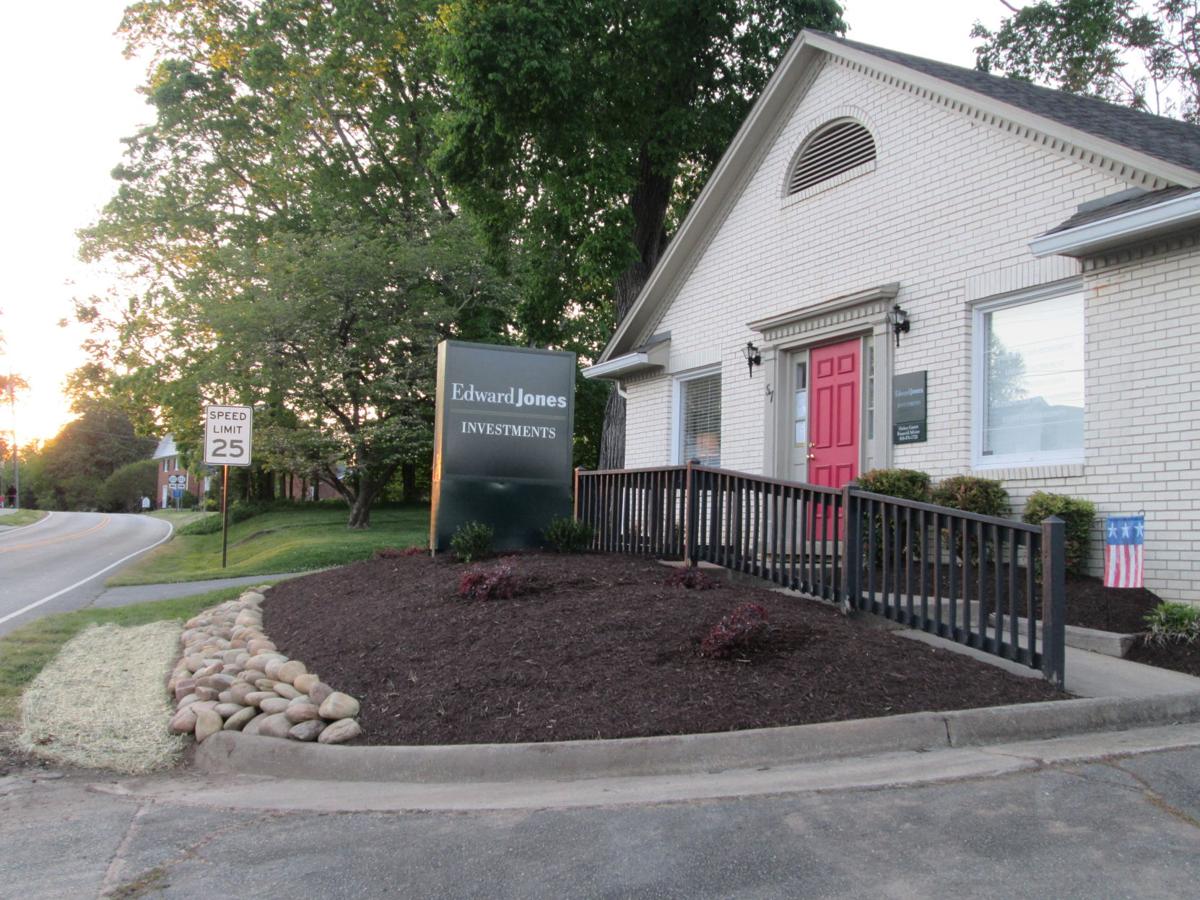 The town of Halifax plans to award a certificate of appreciation to Edward Jones Investments for the outstanding landscaping outside its building, based on a proposal to recognize the business made by town councilman Jack Dunavant at a Wednesday evening council meeting. 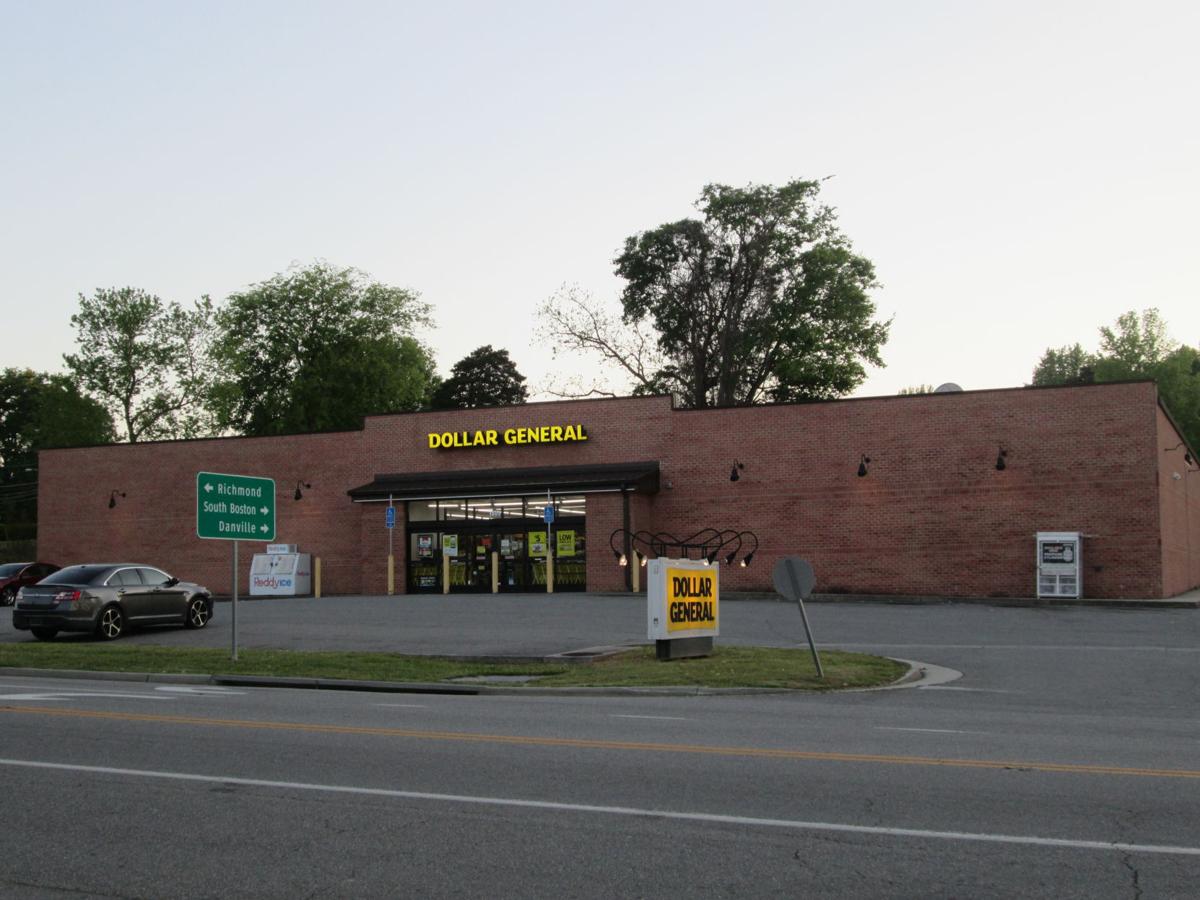 The town of Halifax plans to award a certificate of appreciation to Dollar General for making notable improvements in the landscaping outside its building, following a proposal to recognize the business made by town councilman Jack Dunavant at a Wednesday evening council meeting.

The town of Halifax plans to award a certificate of appreciation to Edward Jones Investments for the outstanding landscaping outside its building, based on a proposal to recognize the business made by town councilman Jack Dunavant at a Wednesday evening council meeting.

The town of Halifax plans to award a certificate of appreciation to Dollar General for making notable improvements in the landscaping outside its building, following a proposal to recognize the business made by town councilman Jack Dunavant at a Wednesday evening council meeting.

Halifax Town Council members ratified a resolution at their Wednesday evening meeting giving them the ability to hold meetings electronically if they cannot safely meet face-to-face during the COVID-19 pandemic.

Council, seated six feet apart in the face-to-face meeting at Town Hall, unanimously ratified the resolution adopting an emergency ordinance to “effectuate continuity of government” in response to the pandemic.

“As long as we can meet as we are this evening, in a relatively normal format, we will certainly continue to do so,” said Mayor Dexter Gilliam. “However, if we adopt this ordinance, it would allow us to meet electronically without having to have a physical quorum and would allow us to continue to take care of the essential business of the town…matters of the budget and actions that we absolutely need and are essential to continue.”

Gilliam added that the ordinance does not recommend that the town council conduct meetings electronically for non-essential business, but rather to postpone that business until the council can safely meet face-to-face.

The ordinance states that in the event a “public entity determines assembling a quorum in one location is unsafe, any meeting or activities which require the physical presence of members of the public entities may be held through real-time electronic means (including audio, telephone, video or other practical electronic medium) without a quorum physically present in one location.”

Gilliam noted that another governmental body in Halifax County, the county’s board of supervisors, also ratified a resolution adopting an emergency ordinance to effectuate continuity of government at its last business meeting.

The grant award equals 35% of the balance for the vehicles. Which is $32,000 for the police department vehicles and $11,300 for the sanitation truck, while the remaining balance will be paid for by a five-year loan, with monthly payments to be determined based on the interest rate offered.

“It’s a situation you can’t really pass up,” said finance chairman Bill Covington. “This is a good opportunity for us moving ahead.”

The inspection of the Ford Utility Police Interceptors and equipment upgrade installations including cages, radio consoles, emergency lights and sirens, radars, etc. is set to be completed by early May. The sanitation department’s Ford F-250 XL 4X4 Crew Cab should be delivered between late May and mid June.

Town manager Carl Espy also gave the Halifax Police Department’s report for the month of March at Wednesday’s meeting. Police chief Stuart Comer typically gives the report, but town administration advised staff to stay home for the April meeting in order to limit the number of people attending the meeting because of the COVID-19 pandemic.

Espy noted that the pandemic has had an impact on the police department’s activities as well as crime statistics and traffic-related incidents.

“We’ve clearly seen fewer people on the road…but I think it’s the trend that perhaps the wrong people are getting behind the wheel,” Espy said. “The statistics, just like domestic violence, have actually gone up, as far as traffic accidents, in some cases death. Perhaps people are being impaired while they are driving. In spite of the numbers in traffic coming down, the number of people who are getting into bad situations has come up a little bit.”

During the month of March, the Halifax Police Department made two felony arrests, 10 misdemeanor arrests, issued one protective order, made two medical transports, responded to 505 calls for service, issued 46 traffic summons, responded to one traffic accident and issued 34 warnings for miscellaneous violations.

Espy added that the police department has done an excellent job of “community policing.” An example of that is when officer Malcolm Bowen and police chief Stuart Comer’s sons Steven and Grant mowed the yard of Halifax resident John Quarles, who had not been able to cut his grass because of recovering from a broken hip.

Before the business meeting drew to a close, town councilman Jack Dunavant made a recommendation to formally recognize two Halifax businesses – Edward Jones Investments and Dollar General – for their landscaping efforts. Gilliam and Espy agreed to provide the businesses a written letter from the town as well as a framed certificate of appreciation at a date in the near future.

During a work session prior to the regular business meeting, council received updates on the following items:

w An April 3 meeting by phone with the Virginia Department of Transportation, in which VDOT agreed to do a traffic count study regarding the feasibility of placing a crosswalk in the vicinity of the farmers market on South Main Street;

• Progress of the “Here’s Halifax!” Working Group, which is currently at a standstill because of an inability to meet during the COVID-19 pandemic. The group consists of more than 20 people.

• The town’s finance report for the month of March in which Covington shared that the town is ahead in revenue by about $42,000 and that meals tax revenue was in good shape prior to March.

Espy said the town would know by the end of the month how the COVID-19 pandemic had impacted meals tax revenues during the month of March.

• CARES Act resources for local businesses during the COVID-19 pandemic; and

• The VDOT Smart Scale project to reconfigure the intersection of Main Street and Mountain Road to widen the turning radius and the Halifax downtown streetscape extension project.