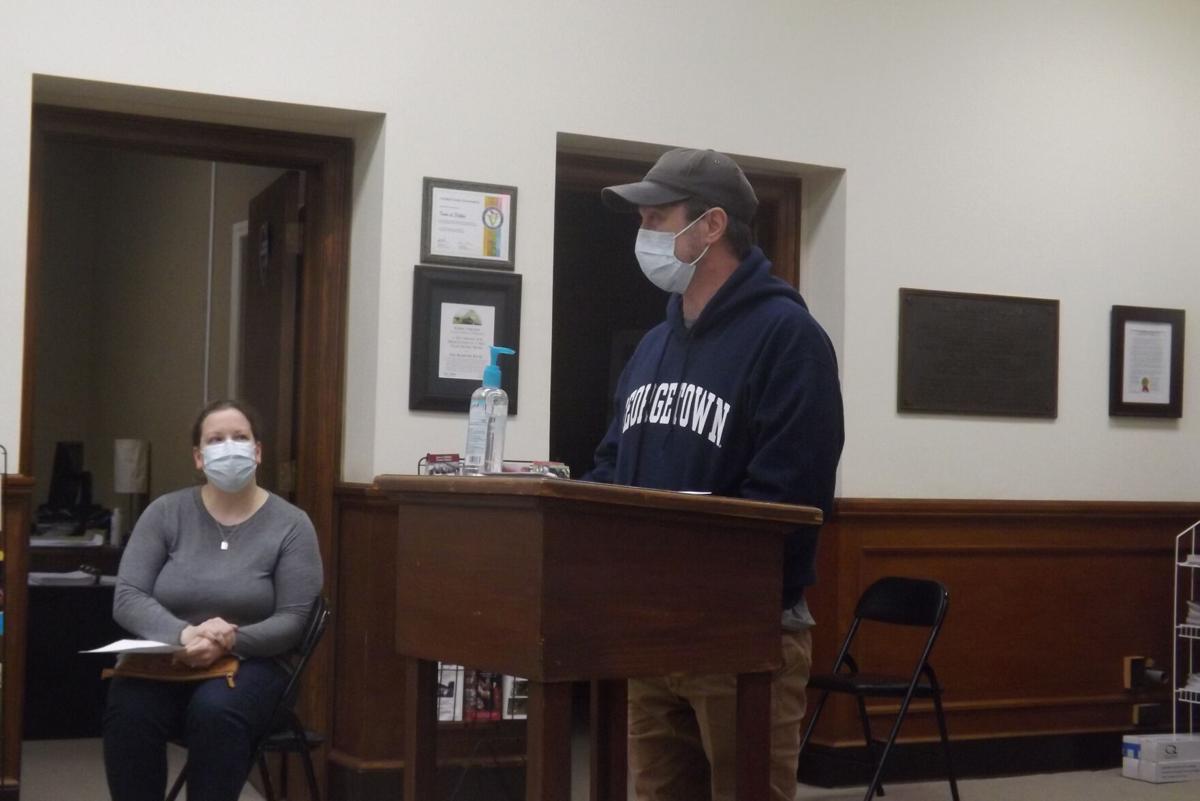 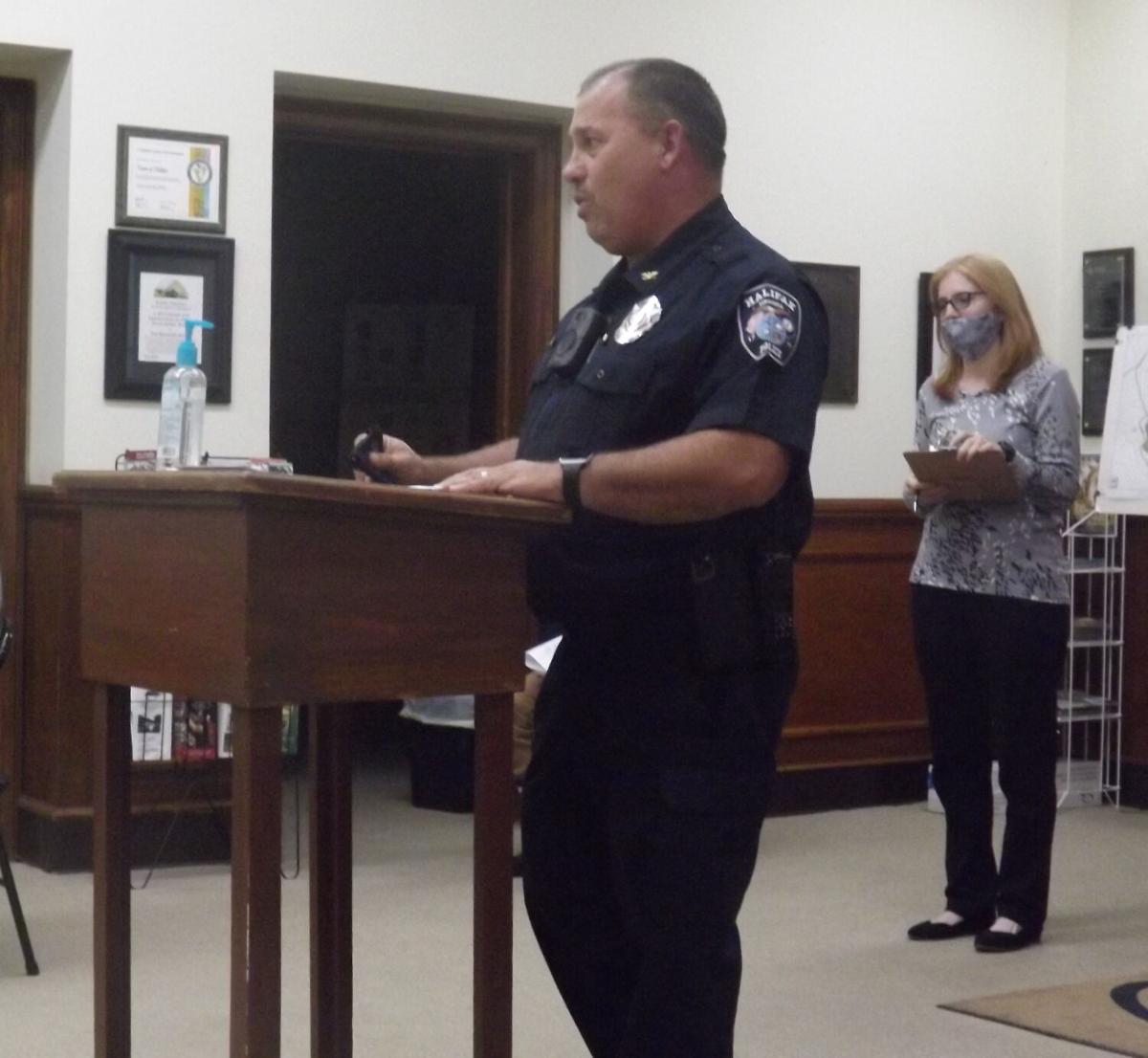 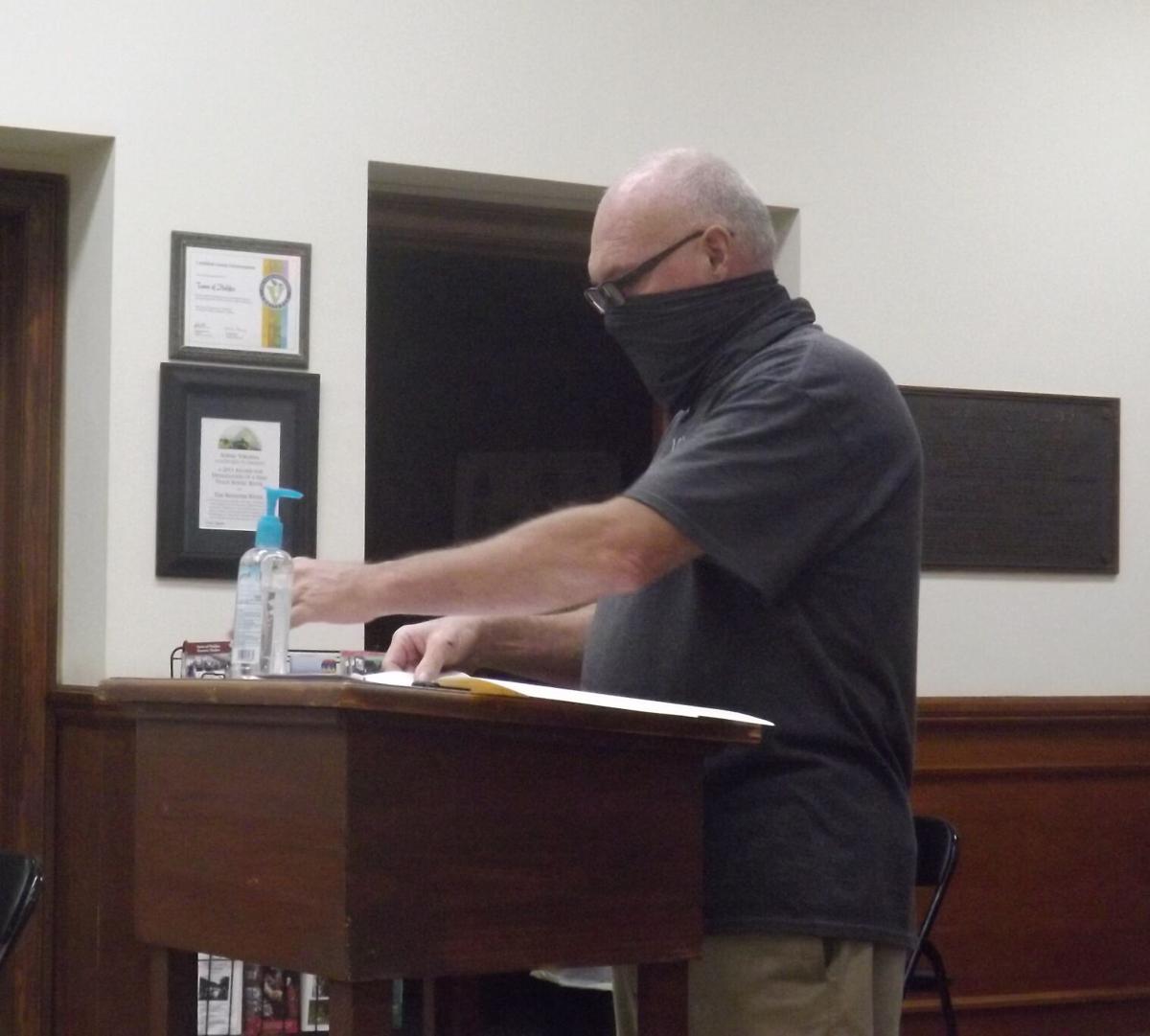 Tim Hudgins, a resident of North Main Street in Halifax, tells town council members at their Tuesday meeting that he has concerns about traffic-related noise and speeding on North Main. 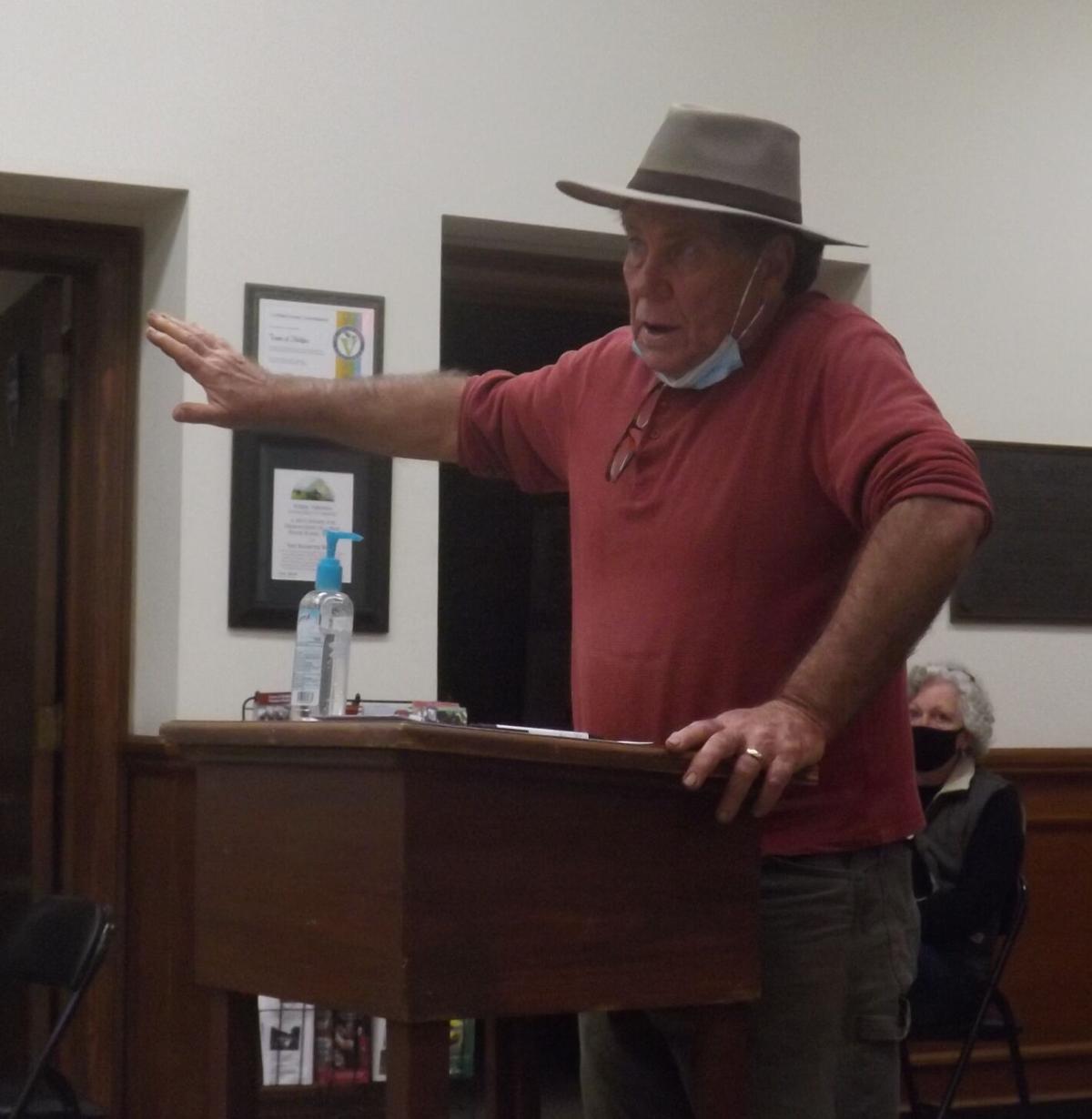 Tim Hudgins, a resident of North Main Street in Halifax, tells town council members at their Tuesday meeting that he has concerns about traffic-related noise and speeding on North Main.

The residents said tractor-trailers barrel through Main Street, which is designated as U.S. Highway 501, at high rates of speed at all hours of the day and the night.

“North Main Street is mostly residential and the speed limit is 25. People are blasting through there at very high speeds constantly,” said Tim Hudgins, a North Main Street resident. “The big rigs have extremely loud mufflers and they go through day and night. The music in these cars, it’s booming all night long, and it’s loud… We can’t entertain friends, we can’t watch TV, some people can’t sleep at night. We have some sick people down here who can’t rest for the noise.

“We would like to see a quiet zone if we could get one,” Hudgins continued. “I know Halifax has a disturbing the peace law, and it seems like it’s not being enforced. The people of North Main Street’s lives matter, too.”

Hudgins also brought a petition to council signed by 27 people about the traffic-related concerns.

“Go to VDOT and ask for some speed bumps or some triangular signs that say ‘residential zone/quiet zone.’ Maybe that would slow down some of these guys from all over the country,” Wofford implored council. “There’s something this council can do…It (the traffic) is just aggravating and annoying and it’s gotten worse in the past couple of years, way worse.”

Randy Conner, also a North Main Street resident, said the speed of the traffic is his main concern. He told council members he’s worried that if a child or an elderly person was crossing the street, at the rate of speed that some of the vehicles were traveling, they would not have time to stop to avoid hitting the pedestrian.

“This is a residential neighborhood, and they need to respect the speed that is posted,” Conner said. The speed limit on North Main Street is 25 miles per hour.

While Gilliam said the traffic problems related to 501 would be a “tough nut to crack,” he assured the citizens that the town has a committee working to address traffic and related safety issues and their comments had not “fallen on deaf ears.”

Prior to the public comments, councilman Mike Trent asked Halifax Police Chief Stuart Comer if the police department plans to address noise-related traffic complaints on North Main Street. Comer said the police department issues quite a few traffic citations to motorists in the North Main Street area, and traffic violations/noise created by commercial trucks is an ongoing issue in that area. He said he has reached out to owners of the trucking companies in the past about the problems, but that is only a temporary solution.

The police chief added citing motorists for noise-related traffic violations is difficult without having a decibel reader to cite the number of decibels of sound the motorist was emitting. Trent asked Comer if the police department would like to have decibel readers in officers’ patrol vehicles. Comer replied yes, they would.

“Folks don’t stop at the crosswalks,” Kelly said. “I think it really projects a negative connotation of our town for people who come here from outside of our town that we can’t even stop for pedestrians.”

Comer responded to Kelly, saying he has noticed motorists not stopping for pedestrians at crosswalks has been a problem in the town of Halifax for several years, and the police department had just received some grant money to address that problem.

“There’s now some grant money out there to help us with stepping up enforcement on the crosswalks, so that will become a major thing for us,” Comer said.

Halifax town manager Carl Espy added that improvements to the crosswalks in the downtown area were a component of the Halifax Downtown Streetscape-War Memorial Enhancement Project and Smart Scale Turning Radius Improvement Project.

In another item of business related to pedestrian traffic and safety at Tuesday evening’s meeting, council voted to appropriate $15,000 in town funding for Hill Studio, PC – Kittelson & Associates to develop a parking-traffic-pedestrian connection master study. Gilliam told council the goal of the plan is to have the plan in place when construction of the new Halifax County Courthouse is completed, projected for spring 2021.

Comer also gave the police department’s report for the months of August and September to council at Tuesday’s meeting. In August, the police department made one felony arrest – inmate possessing a cell phone, 11 misdemeanor arrests, issued 60 traffic summons and 41 warnings for miscellaneous violations, responded to two traffic accidents with minor injuries and responded to 537 calls for service.

In September, the police department made no felony arrests and 12 misdemeanor arrests, issued two protective orders for domestic violence, issued 78 traffic summons and 43 warnings for miscellaneous violations and responded to 501 calls for service.