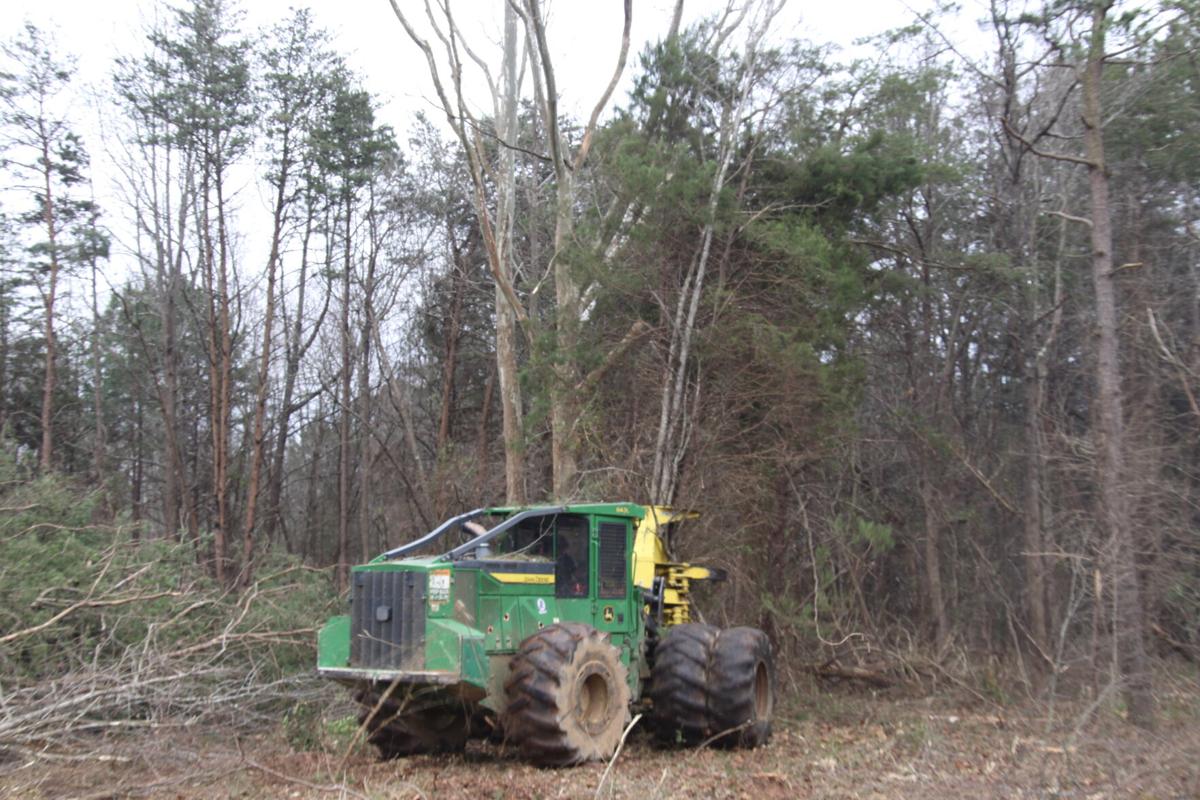 A worker with H&M Logging Company uses a John Deere Feller Buncher tractor to bunch trees in the process of clearing a forested tract of land on Westover Drive on Thursday morning in South Boston. 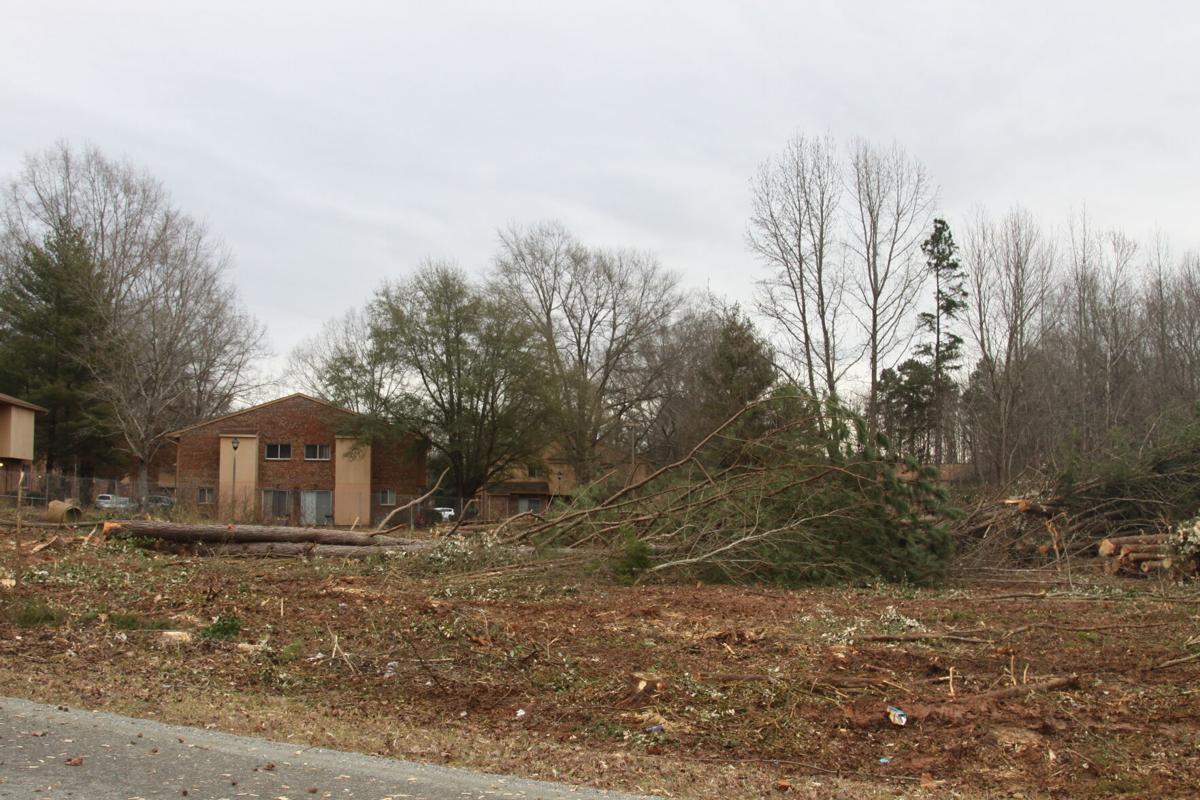 A 4.57-acre tract of land on Westside Drive in South Boston is in the process of being cleared. The property owner plans to donate the land to the town of South Boston for a public park for the community. 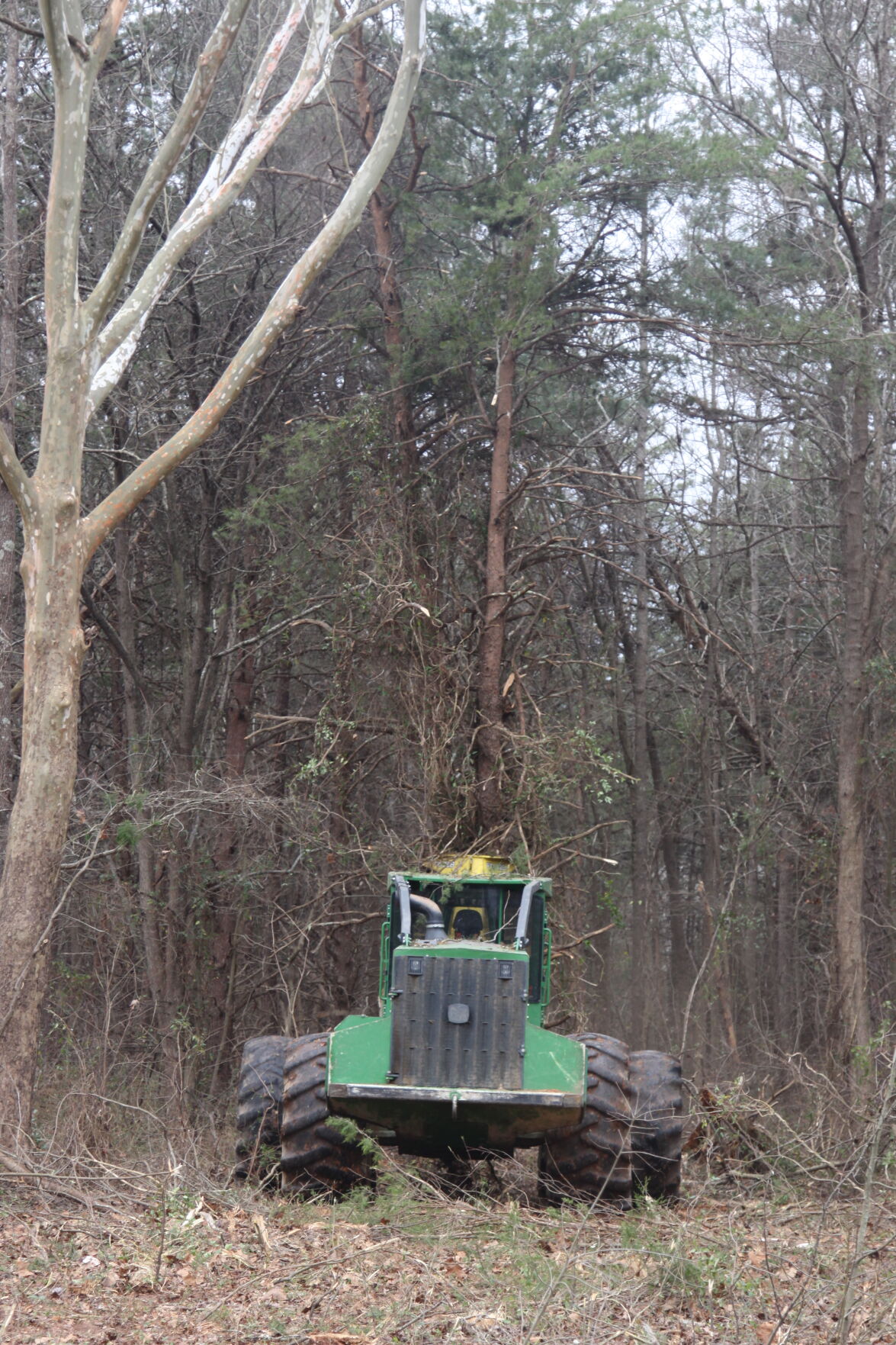 This John Deere Fuller Buncher tractor uproots and bunches trees on a tract of land in the Sinai community Thursday. H&M Logging is removing the trees and clearing the land from the property. The trees will be sold to Huber Engineered Woods and Georgia Pacific.

A public park in the Sinai community of South Boston is one step closer to becoming a reality.

H&M Logging started cutting trees on a plot of land on Westside Drive Thursday morning and continued work on removing the trees from the property over the weekend.

After the land is cleared, South Boston town manager Tom Raab said the owner of the 4.57-acre tract of land plans to donate it to the town of South Boston for the Sinai community’s use as a public park.

H&M Logging used a John Deere Feller Buncher to bunch and uproot the trees on the mixed tract of forest consisting of hardwood and pine trees. Workers with the logging company then cut the trees and piled then up.

On Saturday, workers with H&M Logging returned to the property on Westside Drive to load up the trees into trucks. After the trees are loaded up, Kenneth Hodges, owner of H&M Logging, said the logging company would remove all stumps and debris, clearing the land.

“If things go right, all the trees will be cleared out by this time next week,” Hodges said on Friday. “The land can be cleared by the second week in February if the weather holds.”

The wood from the hardwood and pine trees and even the debris cleared from the property in the Sinai community will not go to waste.

Hodges said his logging company plans to sell some of the trees to Huber Engineered Woods and some to Georgia Pacific.

Much of the debris cleared from the land will go to NOVEC Energy Production-Halifax County Biomass, which they in turn will burn to create energy, Hodges added.

“The clearing of the land and the donation of the land is a tremendous blessing,” said Anthony Womack, Sinai community member. “The town and the county have been making a lot of steps in the right direction to improve our quality of living. We are appreciative to Kenneth Hodges and his commitment to the improvement of our area, too. He’s been in Sinai all his life and what he does with his company H&M Logging is a big inspiration for us.”

Womack initially approached the South Boston Town Council at its May meeting about safety and quality of life needs of the Sinai community on behalf of the residents.

One of those needs, Womack told council, is a public park.

Following that meeting, the town’s leaders began talking to property owners and working on securing land for the park. Womack said he thinks the progress in the Sinai community is happening at the right time.

“I really think our community is going to embrace the park and enjoy it,” Womack said. “It’s going to give us an outlet of things to do. I think it’s also going to help us come together as a community, and the Men of Sinai are on board to keep it family-oriented and a safe environment.”