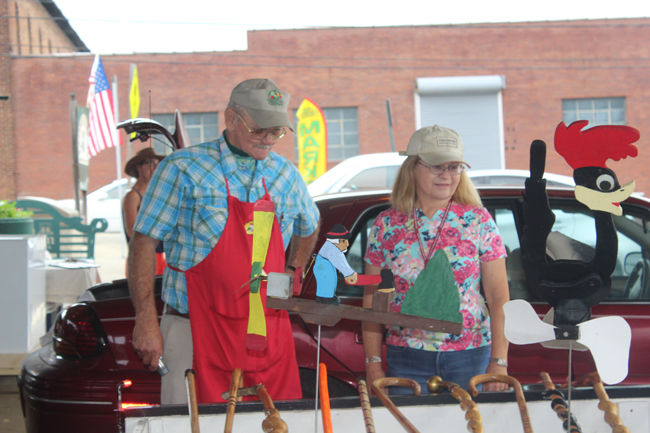 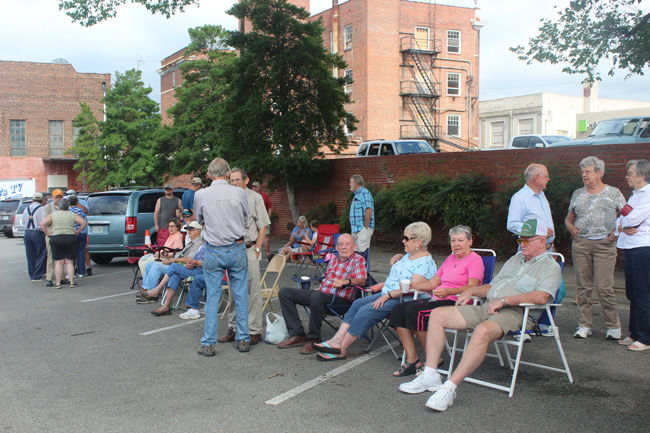 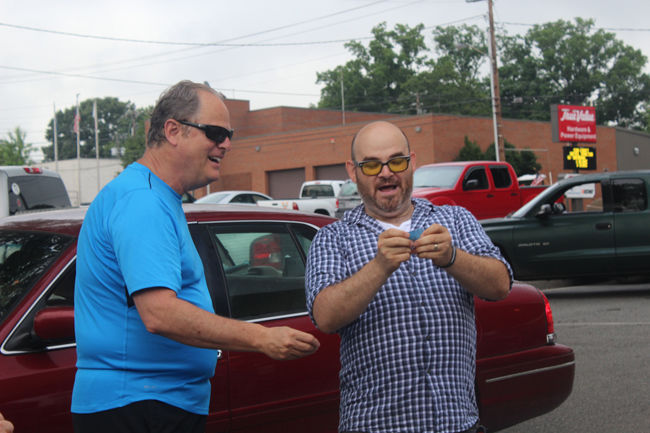 Ben Capozzi calls out John Lantor’s raffle ticket number as he wins one of the many door prizes given throughout the day during the South Boston Farmers Market grand opening and 30th anniversary celebration Saturday morning. 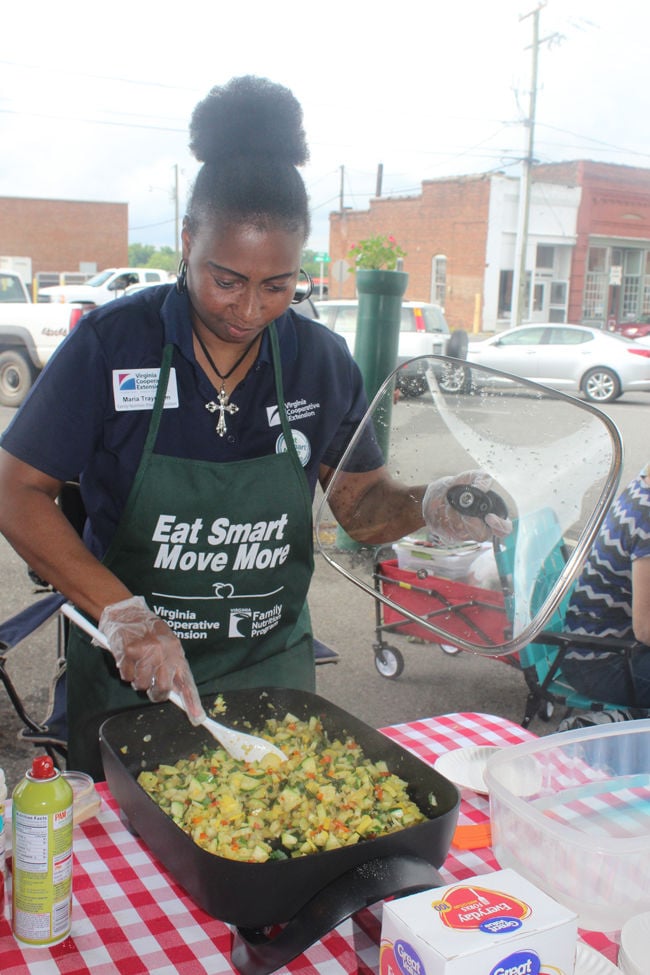 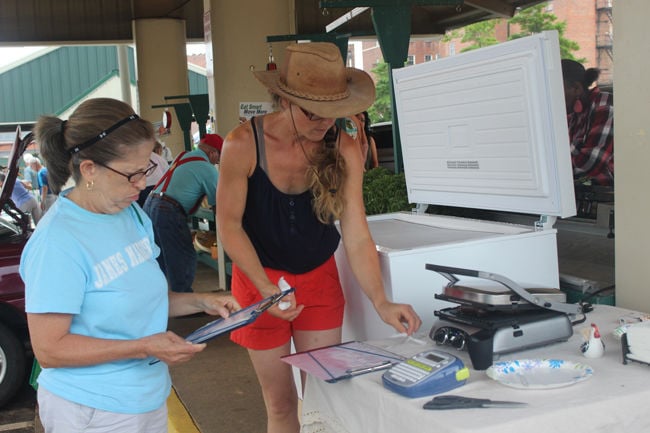 Franchesca’s Dawn Farm shares information about her non-GMO pastured pork as she grills up some samples during the South Boston Farmers Market grand opening and 30th anniversary celebration Saturday morning. 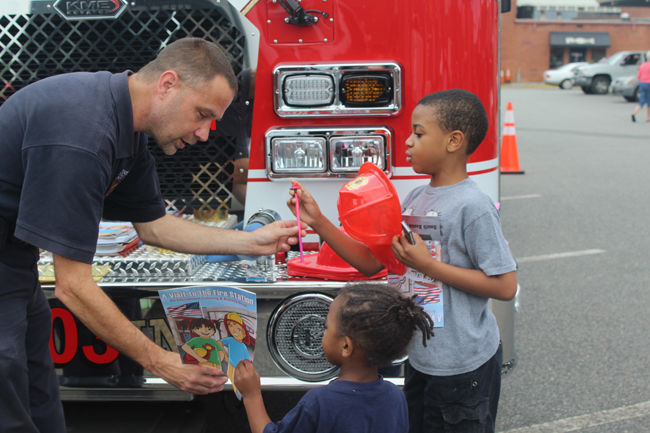 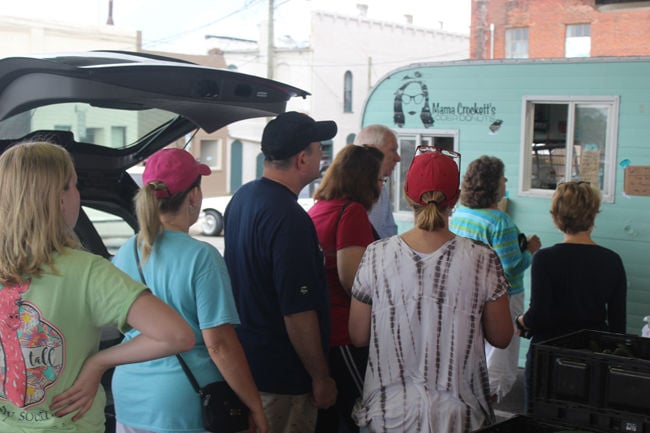 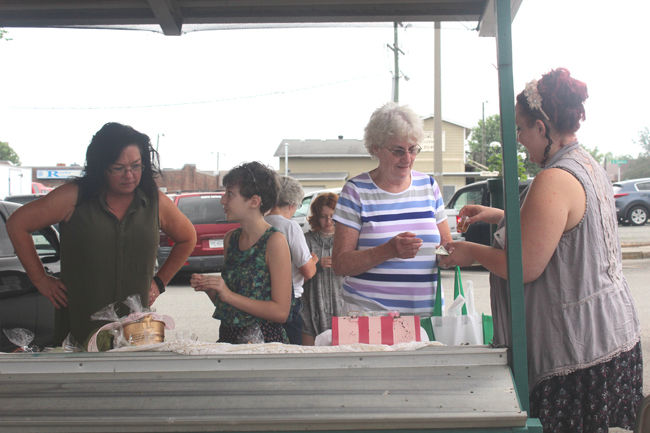 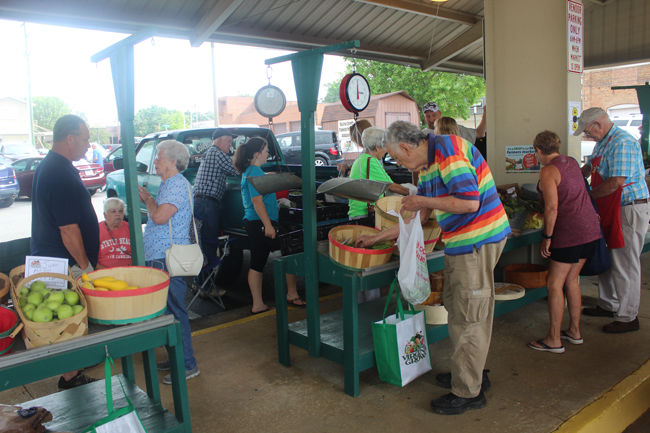 Ben Capozzi calls out John Lantor’s raffle ticket number as he wins one of the many door prizes given throughout the day during the South Boston Farmers Market grand opening and 30th anniversary celebration Saturday morning.

Franchesca’s Dawn Farm shares information about her non-GMO pastured pork as she grills up some samples during the South Boston Farmers Market grand opening and 30th anniversary celebration Saturday morning.

More than simply a place to buy fresh produce, South Boston Farmers Market Manager Ben Capozzi wants the market to be a community gathering spot for both older and younger vendors.

Capozzi thinks the market, which celebrated its 30th anniversary at it grand opening June 17, has achieved some of its goals, to increase the number of vendors and to add more events to make it more of a community gathering spot.

“I think we’ve done well,” Capozzi said on Thursday, estimating the market has grown in terms of vendors anywhere from 10-15 percent over last year.

“Our grand opening was the biggest it’s been in 10 years, that’s what I’m told by the old timers at the market,” explained Capozzi.

“We’ve added more themed events. All this month we’ve been celebrating the hot dog days of summer, and we’ve been giving out treats to pets when their owners have brought them to the market.

“We’re also going to have a community cookout on July 29, with free hot dogs and sodas for the public served by members of town council.

“We’ve got more events planned as we move into the fall, and we’ve added a few more weekday vendors.

“In general, I’d say the market is going well.”

Not only the numbers, but the variety has increased with vendors brining in fresh fruit, baked goods, fresh meats and, new this year, duck eggs, according to Capozzi.

“We’ve had cantaloupes and watermelons from vendors, and it’s a pretty great selection,” said Capozzi, adding that Saturday’s are still overwhelmingly the bigger day for the market.

The Farmers Market accepts SNAP/EBT on Saturdays, and the market is promoting a matching grant program with Optima Health for double bucks using EBT cards.

“If someone comes down and puts $10 on their EBT card, we’ll give them $20 in tokens to use,” said Capozzi.

“I run it through my SNAP and EBT processing machine, and we give them tokens to use with our vendors at the market for produce.”

One thing Capozzi would like to see is younger people coming to the market, both as vendors and customers.

“The big thing for me, always is to get young people involved,” he pointed out.

“One reason we’re doing so many events is to make it more of a community event, but we want to see more young people come to the market and more young farmers.”

That situation isn’t unique to the South Boston Farmers Market, Capozzi added, quoting statistics that revealed the average age of a farmer in the United States is 59.

“They’re getting older, and part of what I think my job is as market manager is to continue to make coming to market a viable option for local producers,” said Capozzi,

The Farmers Market has offered cooking demonstrations by the extension office and a help desk manned by the Southside Master Gardener Association at the Farmers Market as a way of expanding is appeal.

“The hospital is coming to do blood pressure screenings, but I’d like to get more church groups involved and reach out to a few groups to do food drives, such as civic organizations,” Capozzi noted.

“They’re all welcome to come. My real aim is for the market to be a real happening place during the week and on weekends, where you can come see and meet people.”