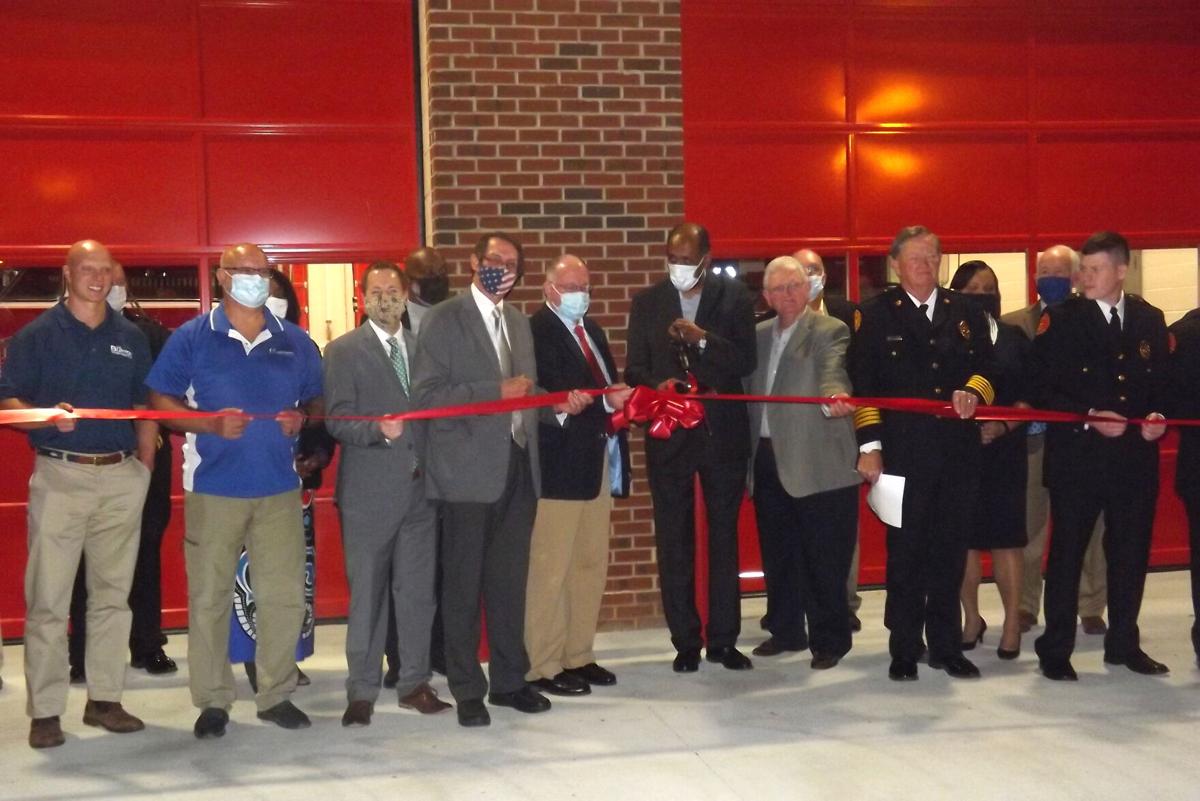 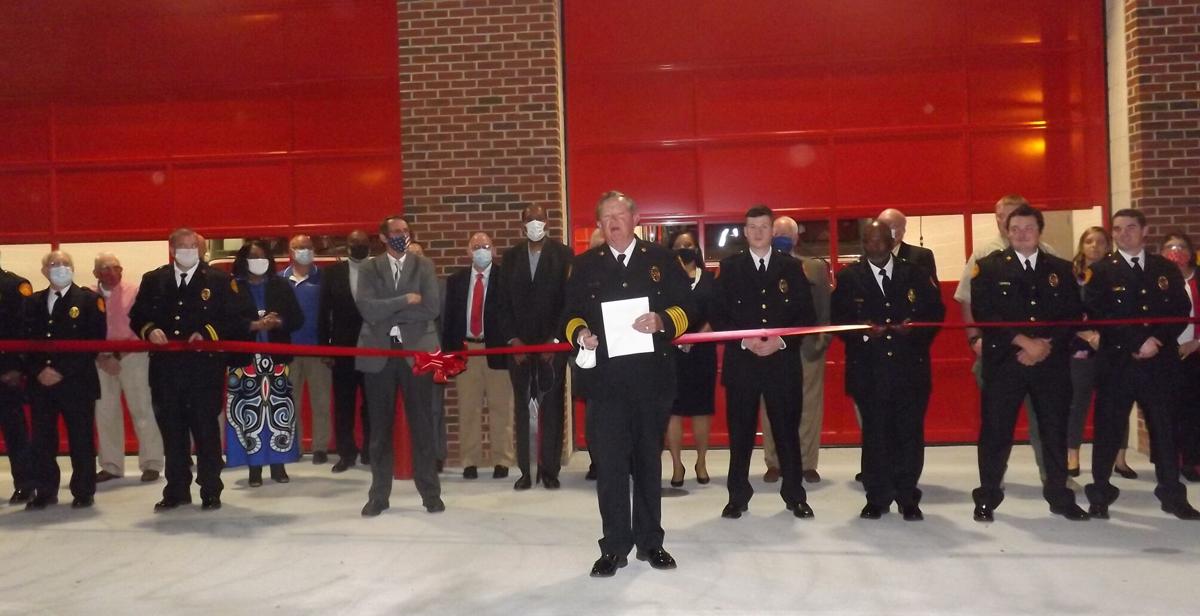 South Boston Fire Chief Steve Phillips thanks everyone involved in the construction of the new addition to the fire department at a Monday evening ribbon-cutting ceremony at the new facility. 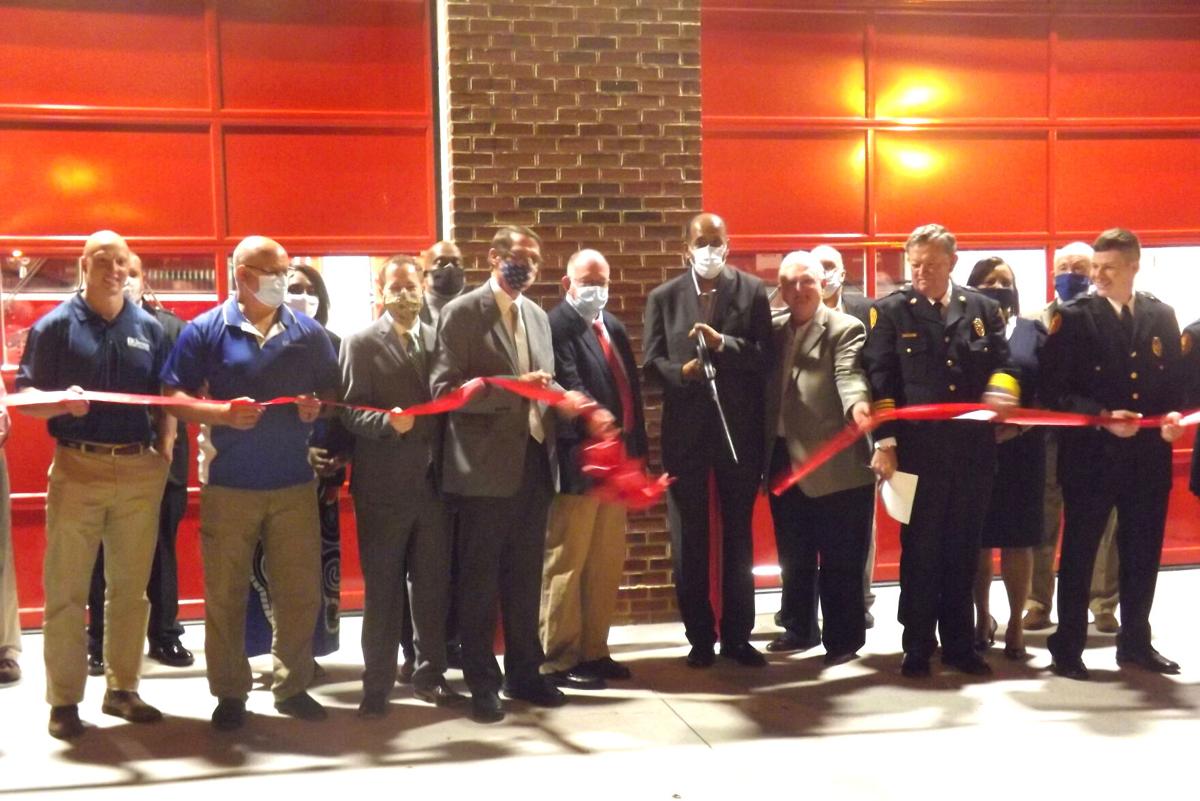 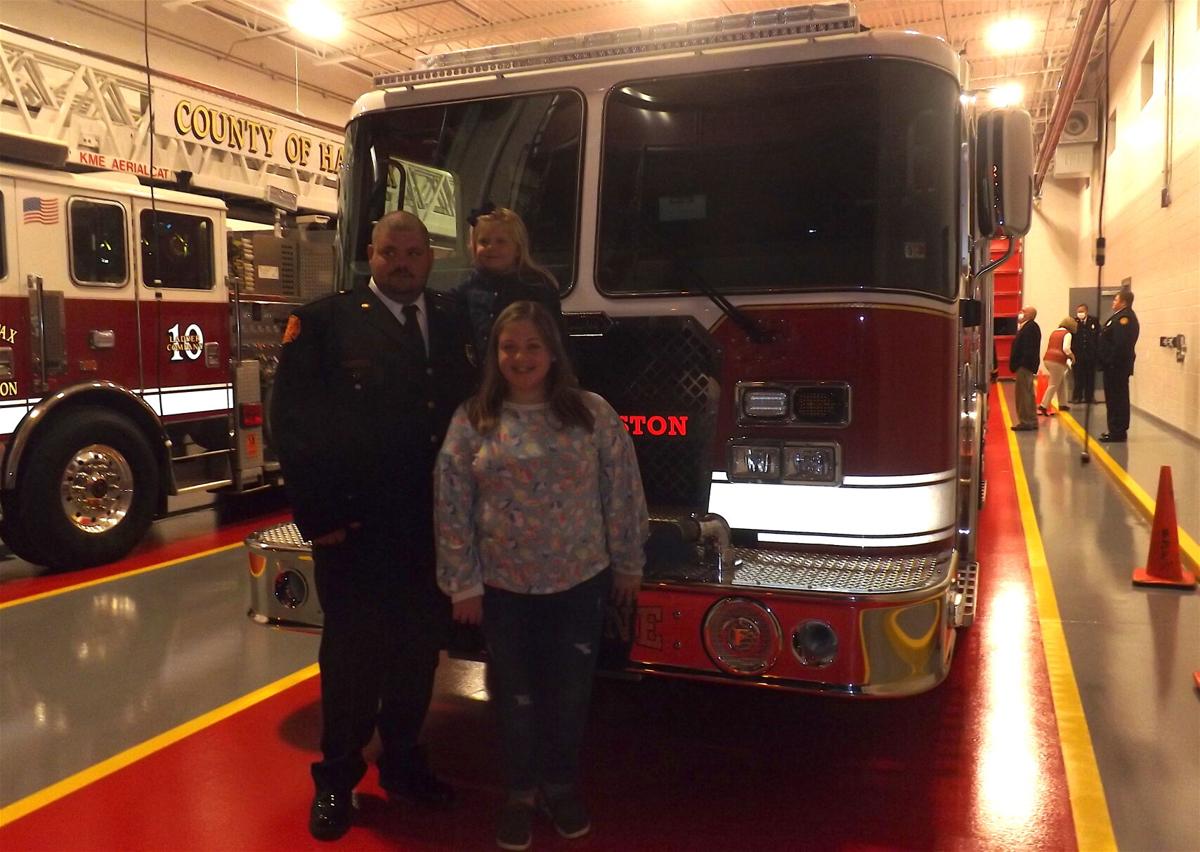 Austin Slabach, a member of the volunteer fire company, stands in front a fire truck in the new addition to the South Boston Fire Department Monday evening along with his daughters Julia Slabach, 4, and Natalea Slabach, 11. 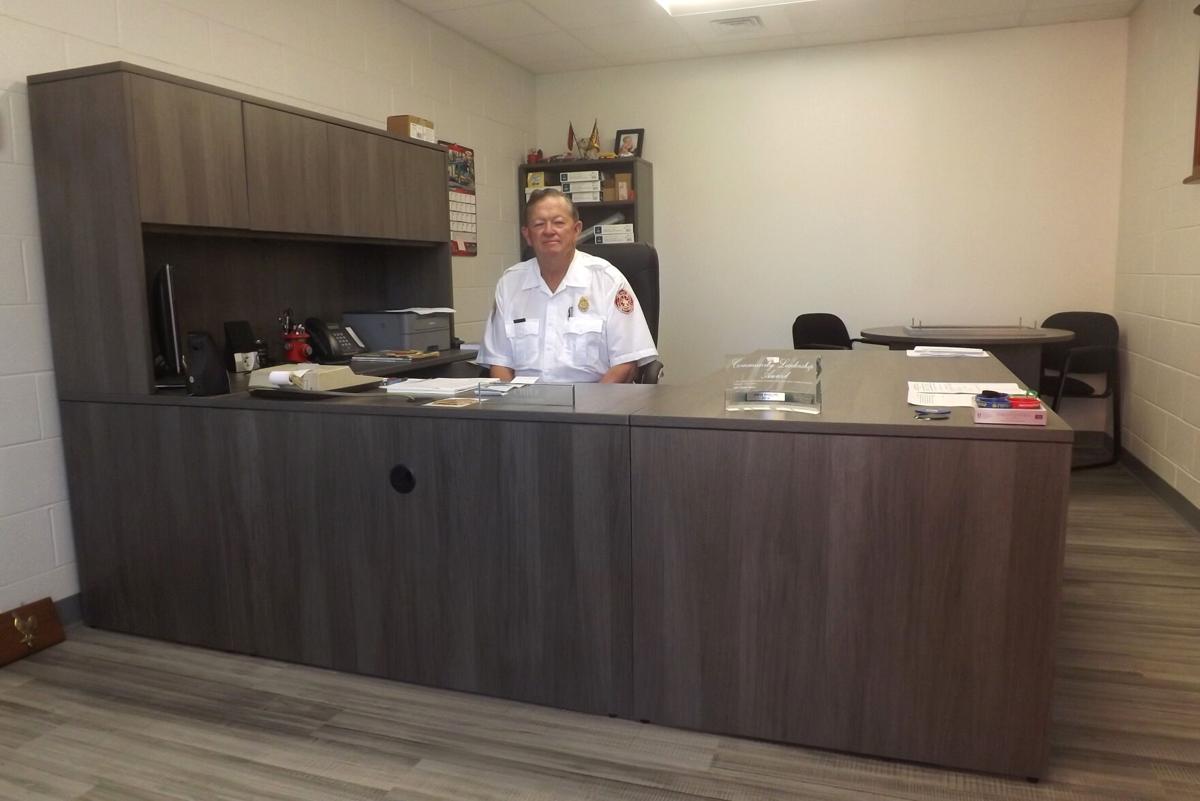 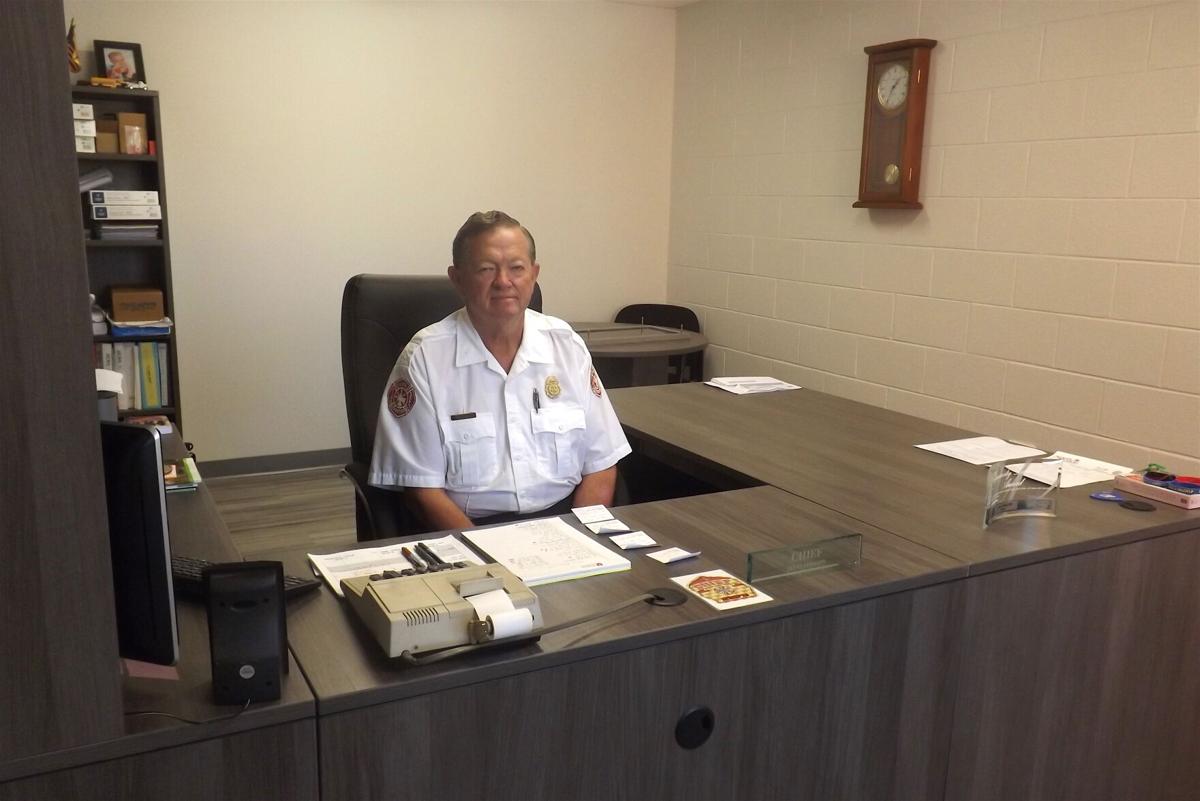 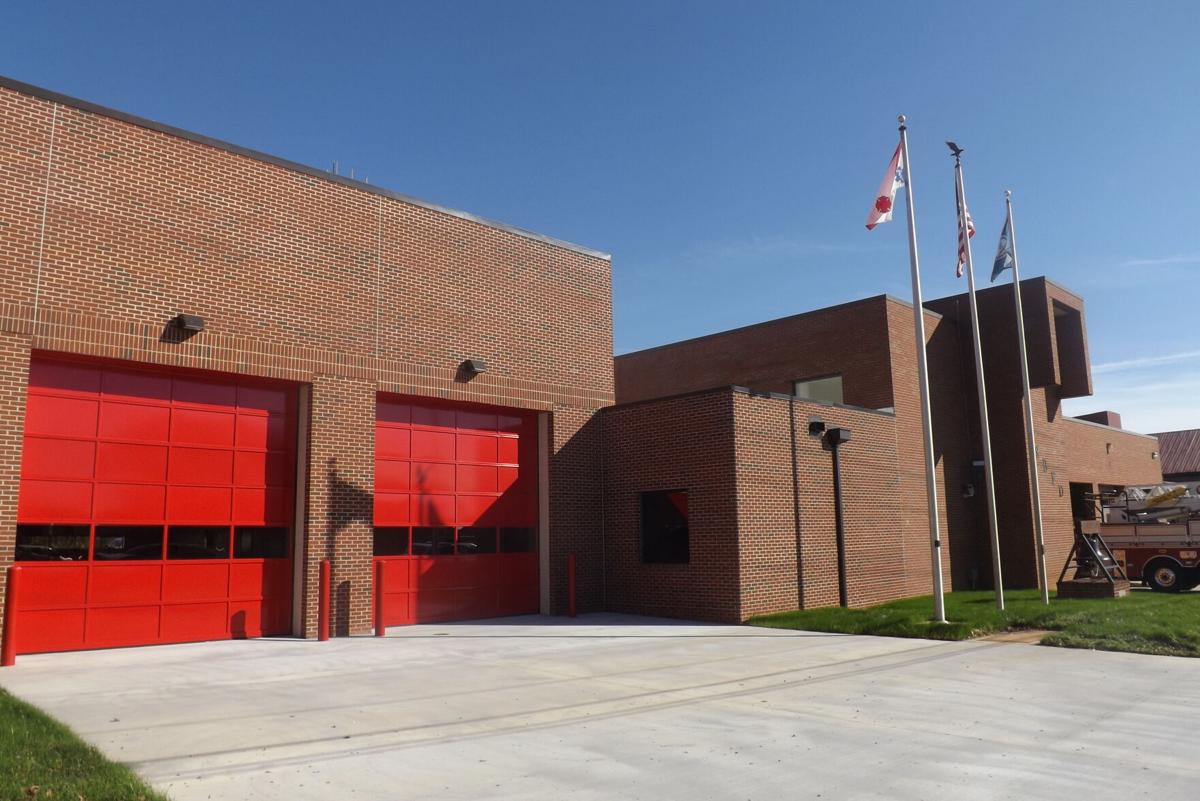 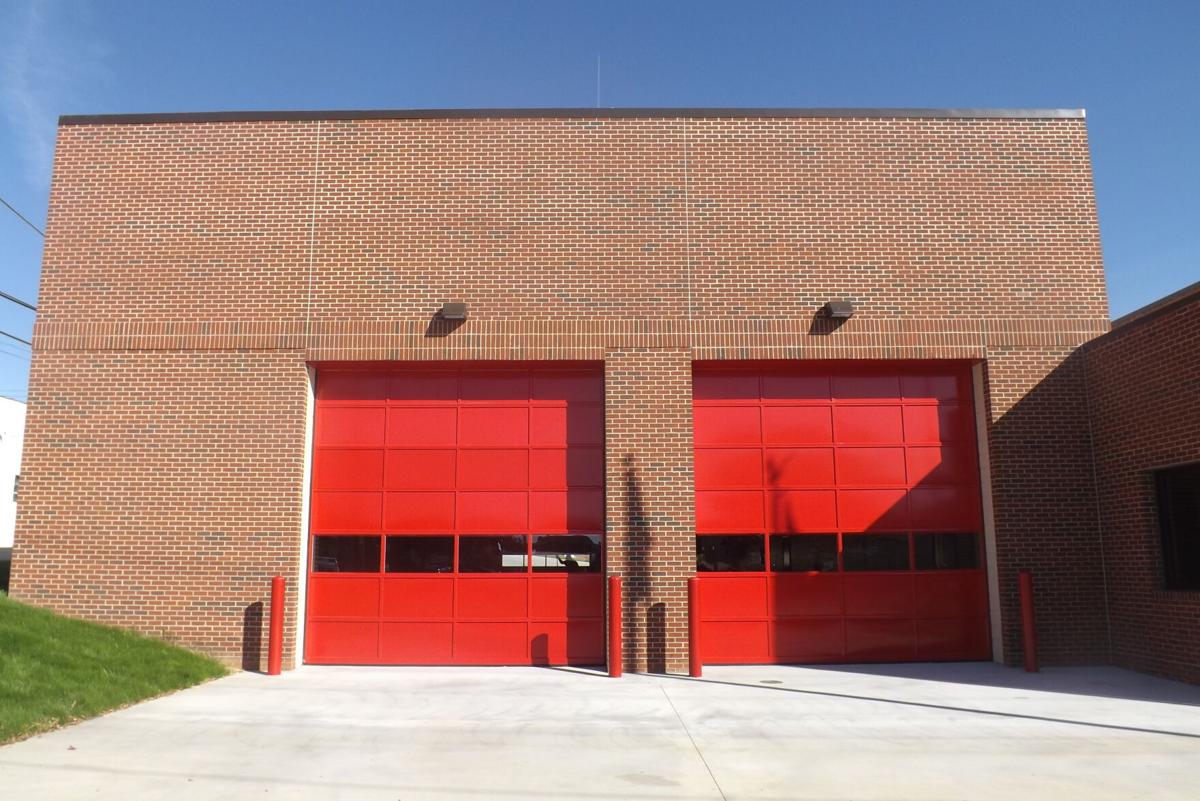 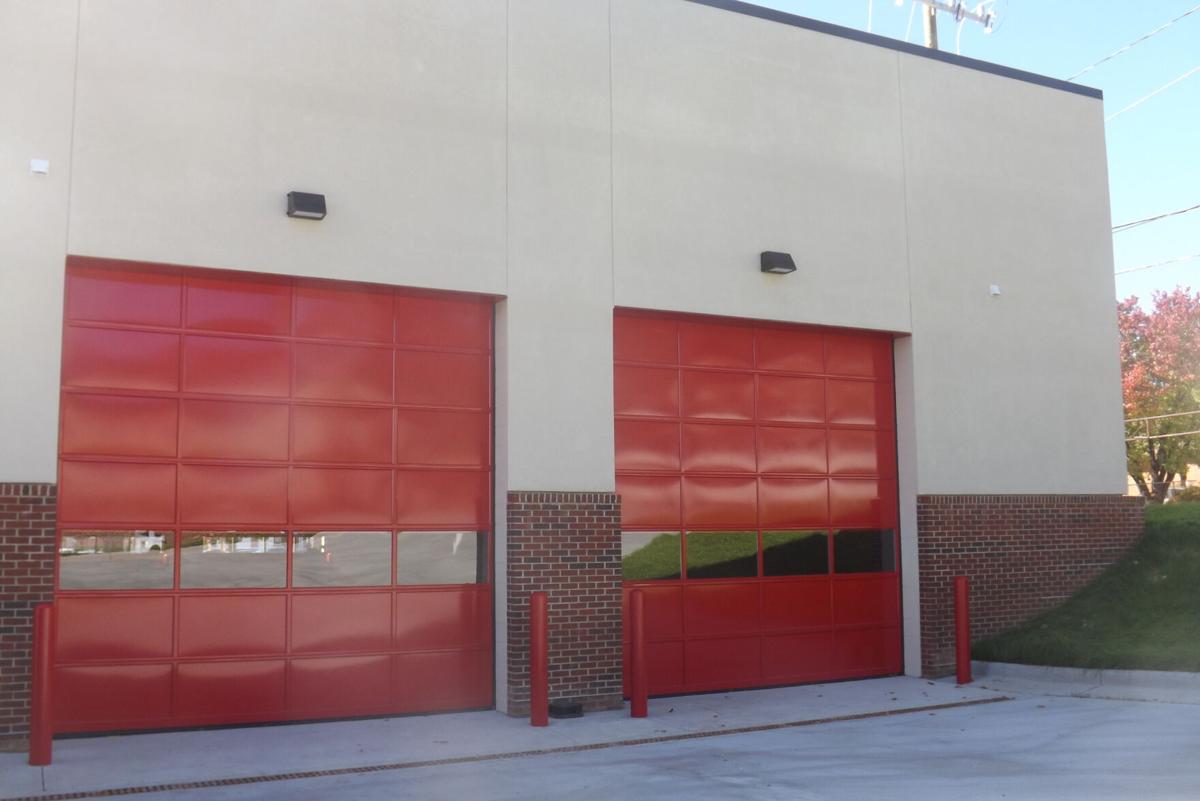 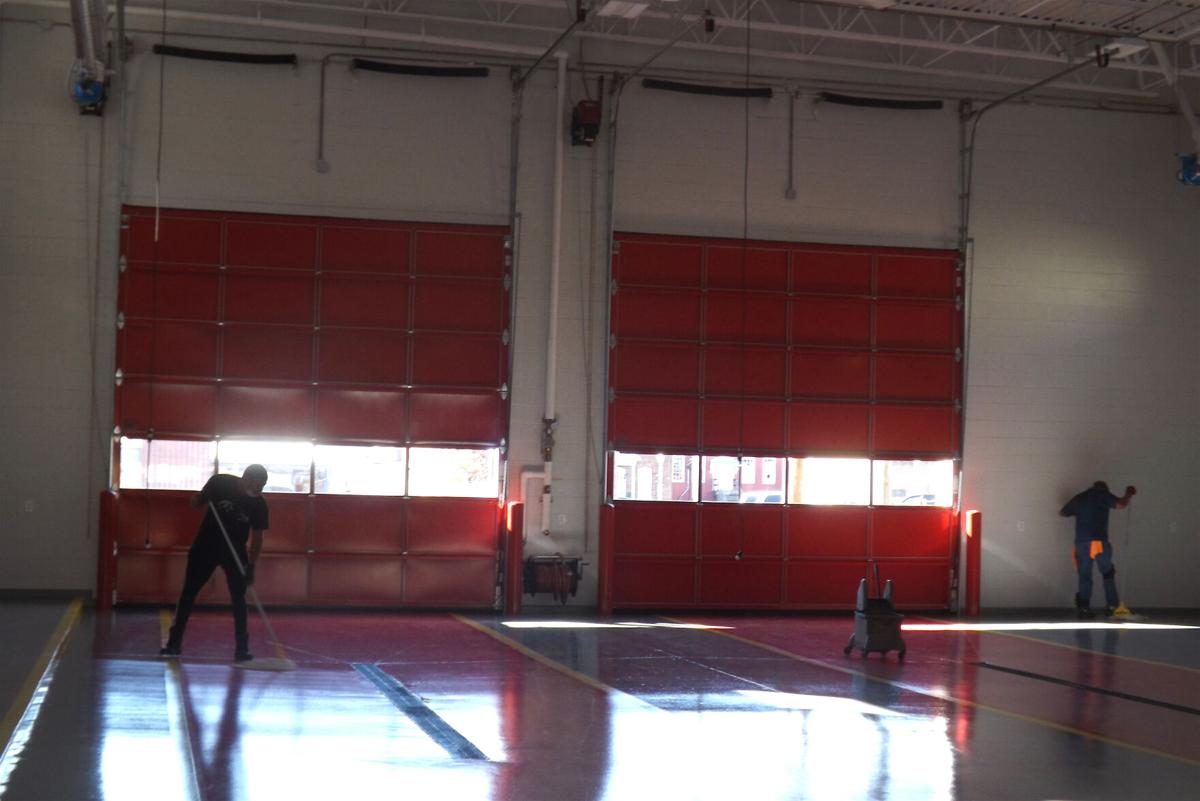 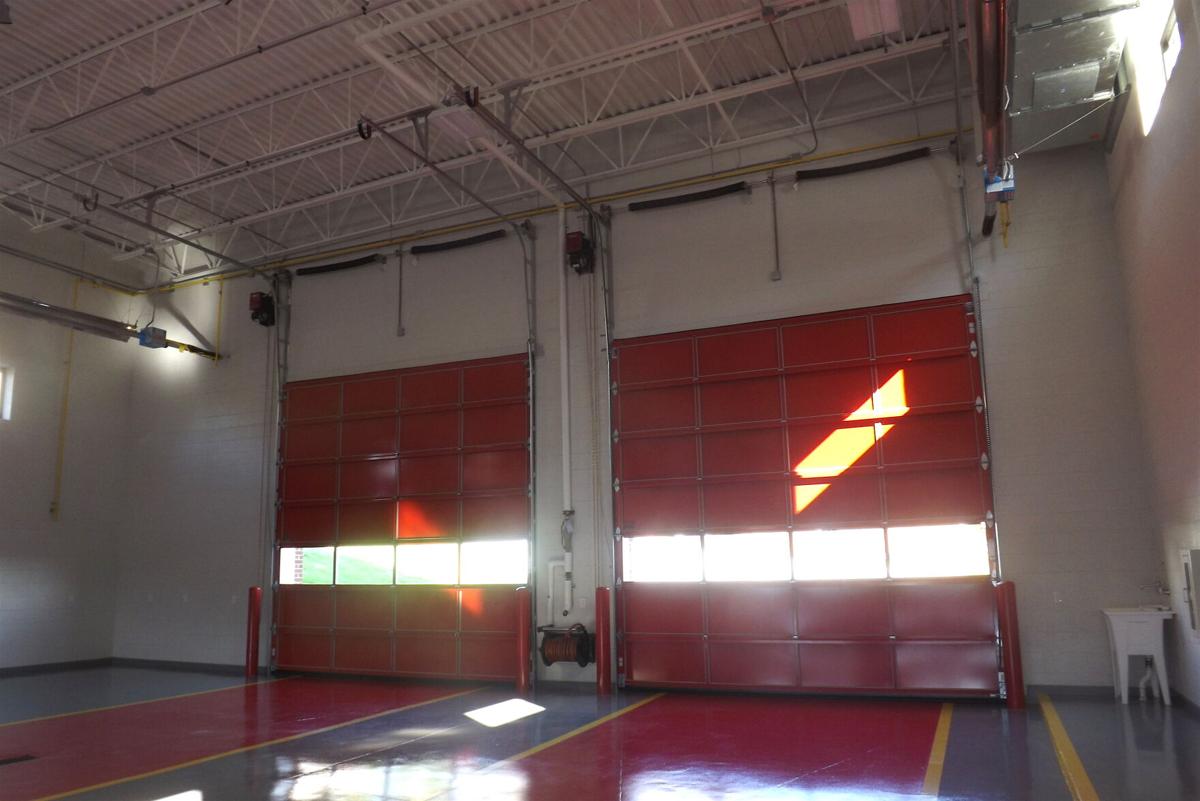 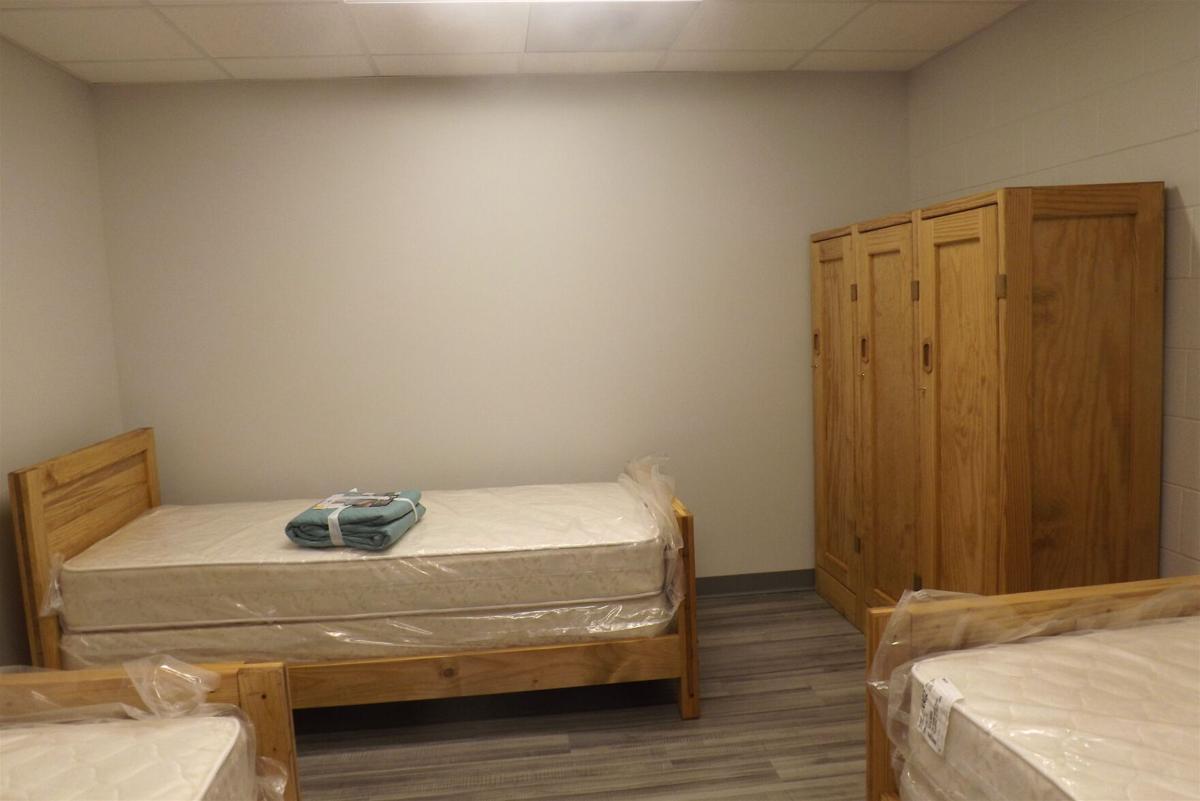 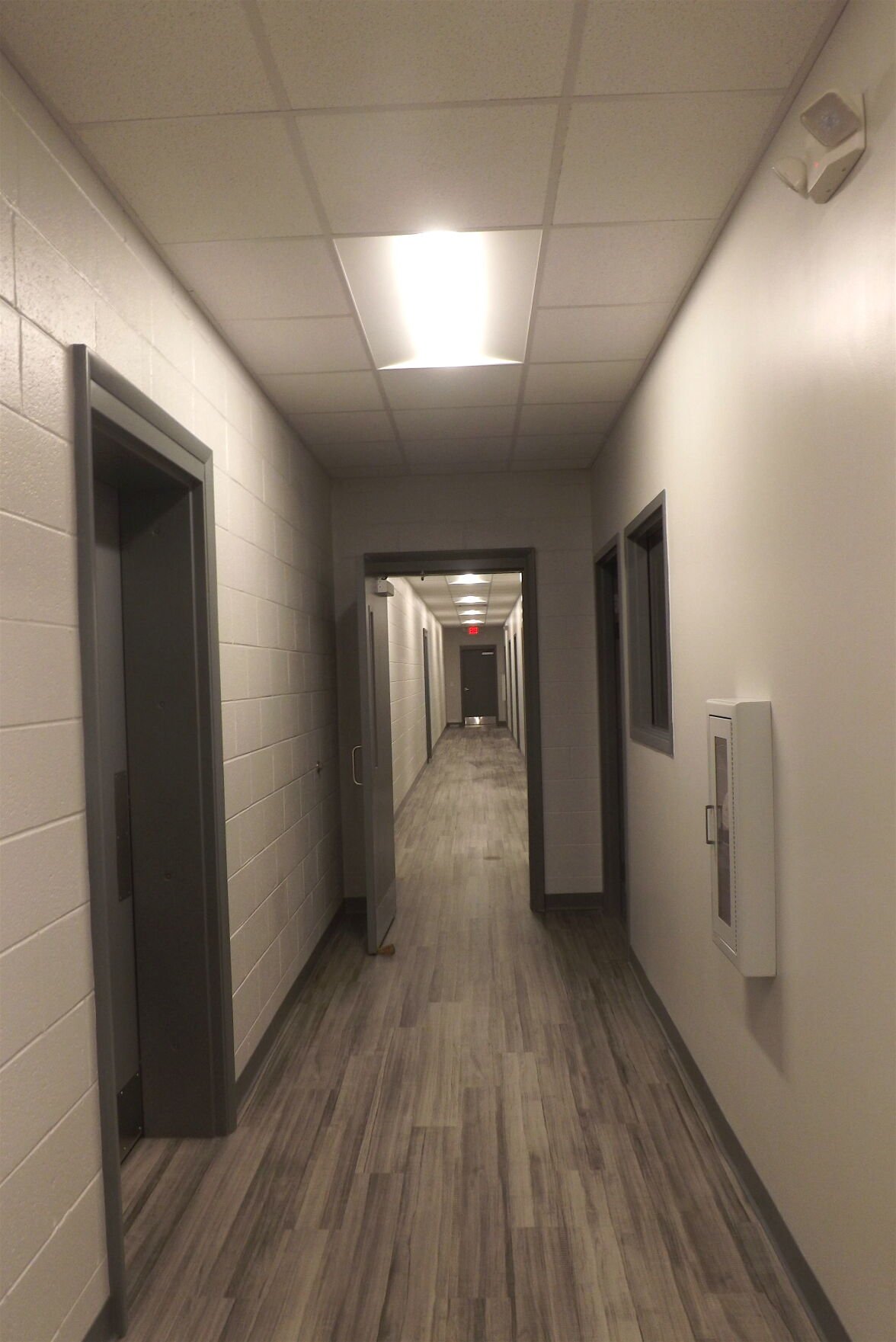 South Boston Fire Chief Steve Phillips thanks everyone involved in the construction of the new addition to the fire department at a Monday evening ribbon-cutting ceremony at the new facility.

Austin Slabach, a member of the volunteer fire company, stands in front a fire truck in the new addition to the South Boston Fire Department Monday evening along with his daughters Julia Slabach, 4, and Natalea Slabach, 11.

It’s official. The new addition to the South Boston Fire Department is complete and fully operational.

A ribbon-cutting ceremony Monday evening celebrated the grand opening of the new facility at 403 Broad St.

“We were in dire need of the space. It really helps us tremendously,” Phillips added.

South Boston town manager Tom Raab noted at the ribbon-cutting ceremony that the original fire department was constructed in 1974, and his hope is that the new addition will serve the town for “another 50 years.”

“Here at the department, we have 12 full-time employees. We are the only fire department in the county that has 24-hour, 365-days a year, people here ready to go. When we get a call in, it’s less than a minute before that truck is out the door,” Raab told the crowd. “We’re really proud, and it is a great compliment to our town council that they put forth the effort and the money to make this happen. This new addition cost $1,350,000, and the good part about it is, it’s paid for.”

South Boston Town Councilman Bill Snead, who chairs the finance committee, shared with the crowd that the cost of the new fire department has been paid for by the town’s capital fund because of wise investments.

When town council decided to raise the cost of meals taxes to 6 cents five years ago, Snead said they began setting aside 1 cent for each 6 cents of meals tax collected, and the funds accumulated.

Fire department chaplain Randy Holmes led the crowd at the ribbon-cutting ceremony in a prayer of thanksgiving for the new fire department addition and blessing over the firefighters who will work there.

“We thank you, oh Lord, for this building, for the many firefighters and emergency people who will call this station ‘home’ for many years to come, a place where we can respond to the calls to help the community,” Holmes said. “Walk us through the fires of our life…and protect every man and woman of this community and this department, as they give their whole-hearted devotion to the job which they have been called.”

“It’s much needed,” said South Boston Mayor Ed Owens, of the fire department addition. “It shows the commitment of the town to public safety. We want to make sure people in our town feel safe.”

Before the new addition was built, Phillips said the fire department’s space for storing its seven trucks and SUV’s including the county’s ladder truck plus an SUV for responding to medical calls was limited to a two-bay garage designed to house four trucks, with an extra bay built onto the back of the building.

“Now, they can drive around (the back of the station), come in one of these doors and drive through to the front,” Phillips said, gesturing at one of the rear bay doors of the new garage. He said the construction of the new addition also entailed widening the entrance to the fire station’s back parking lot, enhancing the safety of the fire trucks entering the lot.

“This additional space makes it so much better all the way around, it’s nothing but positive,” Phillips commented. “We’ve almost gotten hit several times on Broad Street over the years trying to back the trucks in. The trucks are so long that you actually have to pull all the way across the street to back in the garage. It inconveniences people, and we’ve actually had one or two times where a car had come behind a fire truck backing up, trying to get by.”

“Now, everybody is right there together on one level. You don’t have to run around trying to find somebody,” Conner said. “And you don’t have to get up half asleep at night and run down steps to respond to a (fire) call, so that’s going to help out a lot.”

In the old fire department, the firefighters’ sleeping quarters were upstairs, and several department members had to share an office space upstairs, while the fire chief’s office was downstairs.

Now, Chief Phillips, Deputy Chief and Fire Marshal Dwight Spangler, Conner and Captain Daniel Clark each have their own office on the ground level – three in the new addition and one remodeled office in the original firehouse.

Phillips noted the old sleeping quarters/ office space in the upstairs of the original firehouse is still available to meet whatever need arises as the department continues to grow and evolve in the future.