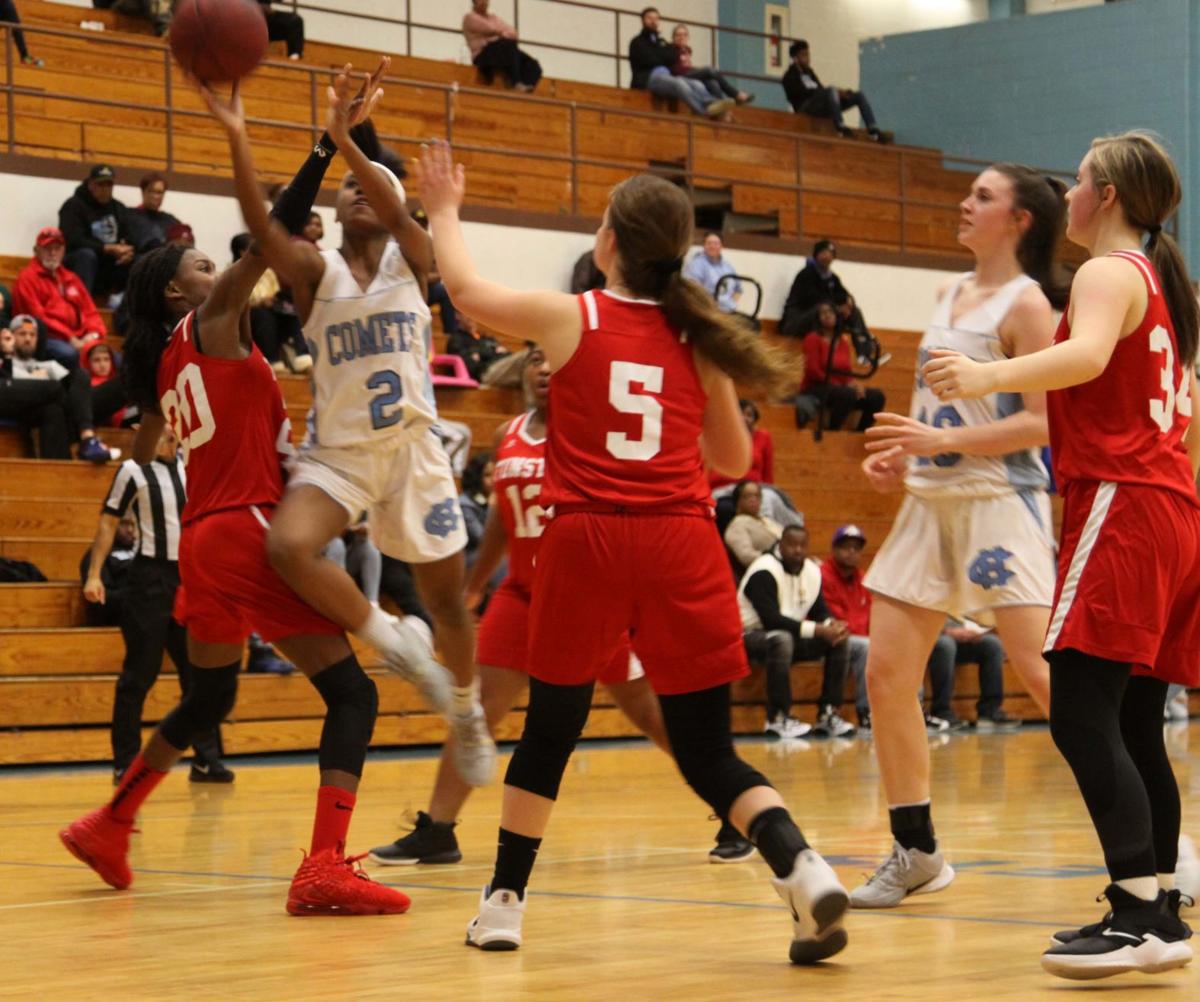 Halifax's Kayla Townes splits two Tunstall defenders to get a shot off during the first half of Friday night's game. 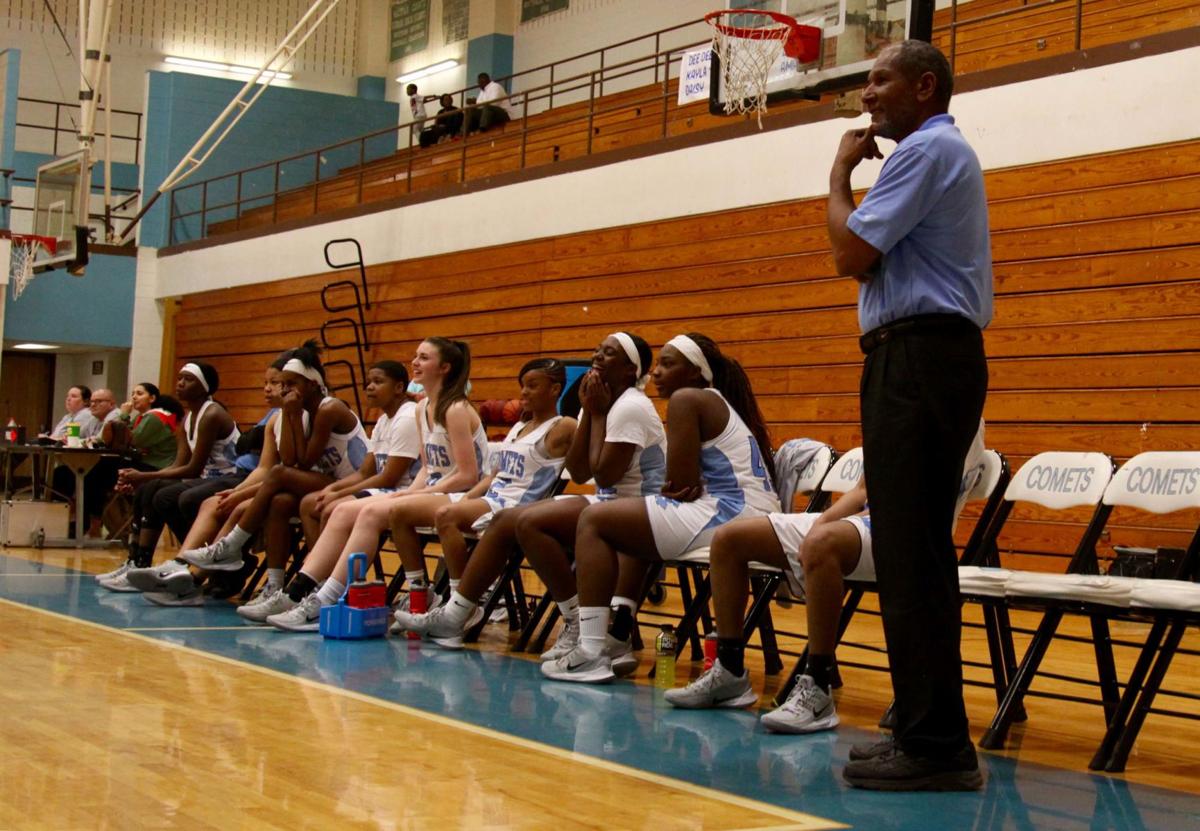 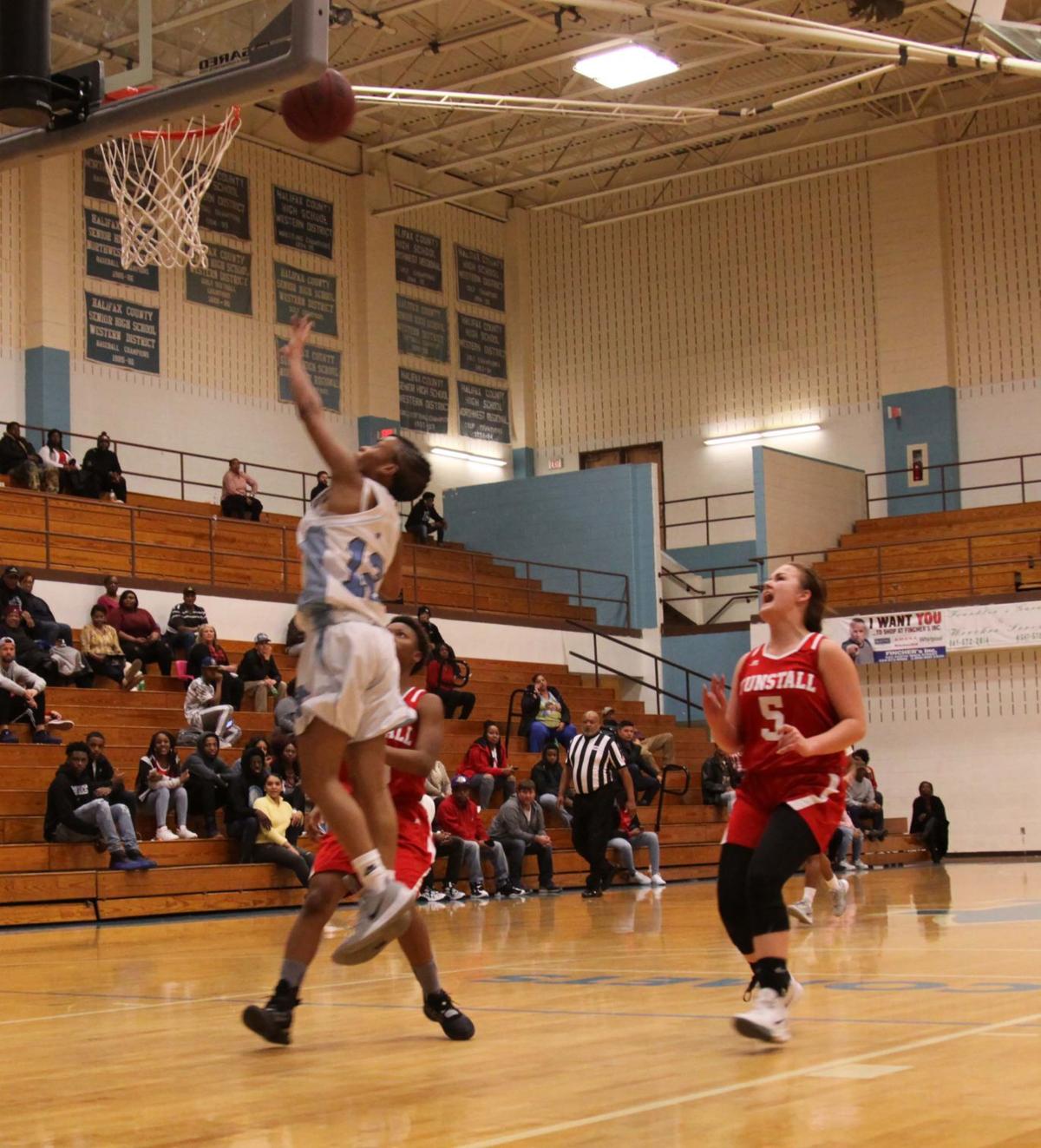 Kamyria Woody-Giggetts goes up for a layup late in the game against Tunstall on Friday night.

Halifax's Kayla Townes splits two Tunstall defenders to get a shot off during the first half of Friday night's game.

Kamyria Woody-Giggetts goes up for a layup late in the game against Tunstall on Friday night.

After the end of the first quarter Halifax trailed Tunstall 9-7, but in the second quarter the Comets came alive and ran away with the game.

Halifax head coach David Graham started a group of seniors, some that play a role off the bench, and some of those players have not worked with some of the starters, so it took some time for the team to get a rhythm, but when they did they ran away with the game.

After Morrison's 16 points, senior Dee Dee Jeffress had 13 for the Comets. Kamyria Woody-Giggetts added 8 points, Demeisha Canada had 6 and Lynia Reed chipped in 5 for Halifax.

The Comets would hold Tunstall to only one third quarter field goal and 4 total points, while they scored 25 to take a commanding 58-18 lead into the final quarter. Coach Graham pulled all of his starters halfway through the quarter so they could rest, and Halifax would end up with the 60-25 win.

The win for Halifax sets up a road trip to Martinsville on Monday night for the tournament semi finals after the second seeded Bulldogs defeated Bassett 58-27 in their first round matchup on Friday. The winner of Monday's matchup will most likely travel to top seed and undefeated in district play, Magna Vista.

"We shot the ball very well tonight, and we worked on going to the boards to get more offensive rebounds tonight," coach Graham said. The girls are working hard, and whether you play at home or not we are just happy to play another round," he added.

Talking about the opportunity to get another chance at Martinsville who beat the Comets in both regular season meetings, "What Martinsville does is they attack the boards, and we have to do the same thing. We have to crash the boards to be able to get more offensive opportunities, and that is what we are hoping to do," Graham said.

"If we can shot the ball like we did tonight, and get some offense and run the ball well we will be ok. I think we can play with anybody, it is just those little things in a tight game that can make or break you, but that's the way those things go, and it's about time those things go our way," Graham added, alluding to the last time Martinsville played Halifax where the Comets were within four points several times but were unable to execute down the stretch.

Tip time for the semifinal game on Monday at Martinsville is set for 6 p.m.

Johnathan Kirland is a sports writer for The Gazette-Virginian. Contact him jkirkland@gazettevirginian.com.