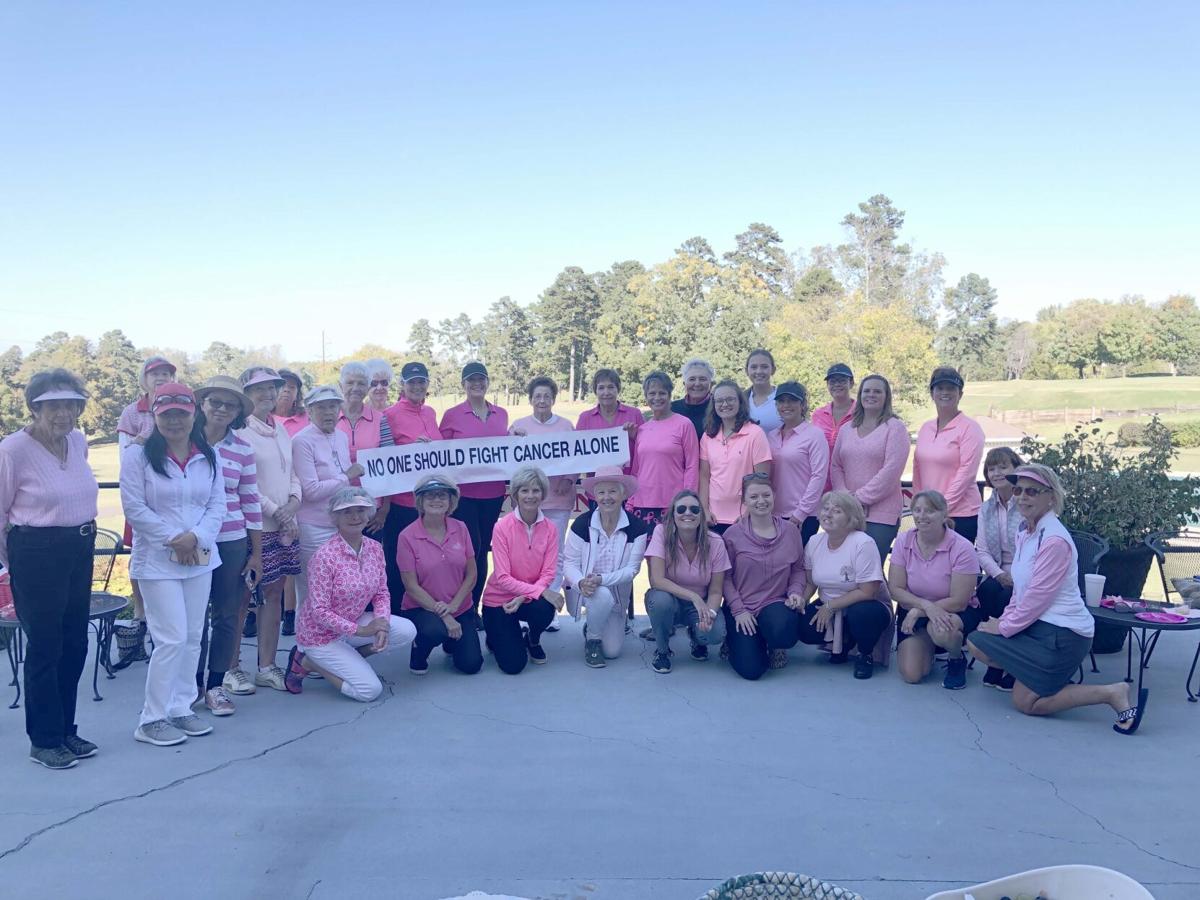 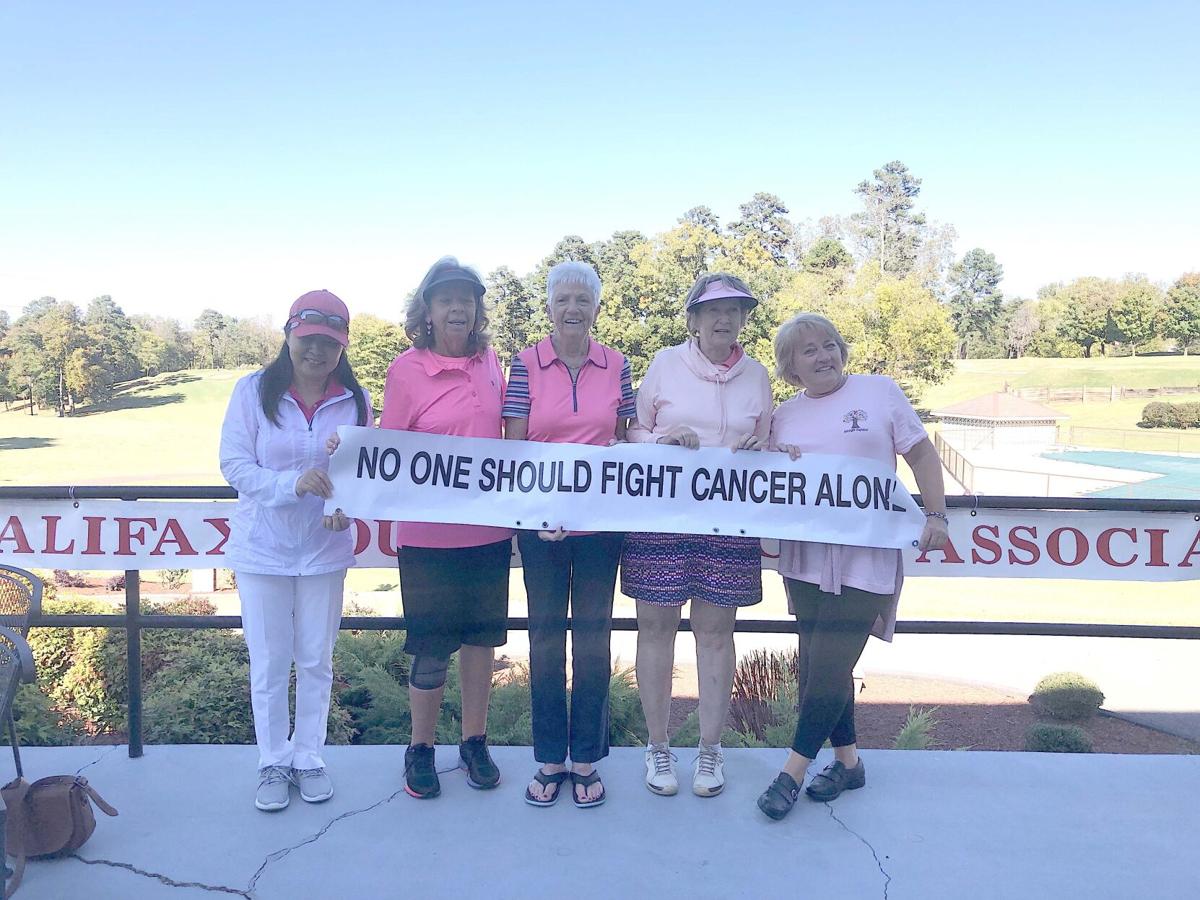 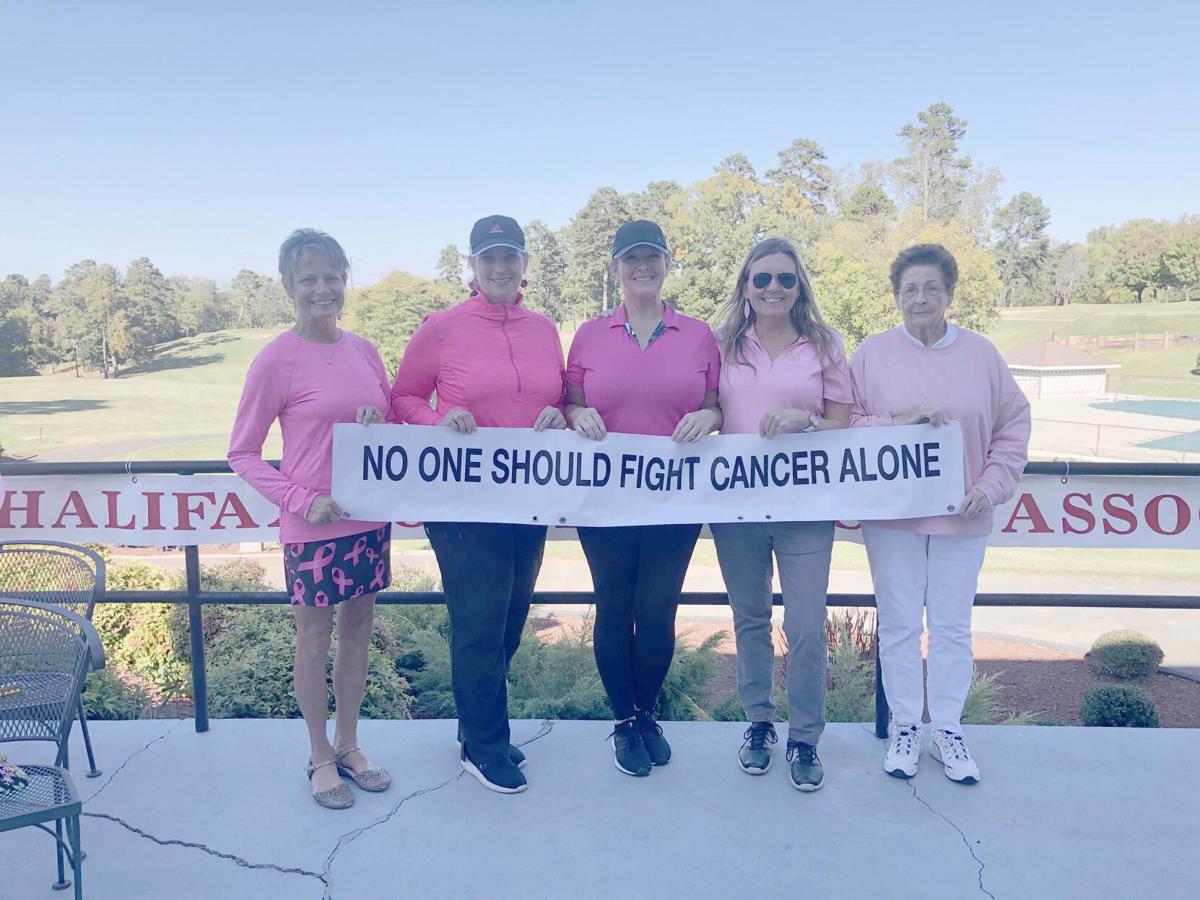 The winning team of the breast cancer awareness benefit scramble on Oct 23 at the Halifax County Country Club is recognized. From left are Linda Lumsden, Lisa Howell, HCCA director Rhonda Reaves, Cassie Previtt and Janice Irby. They had a low gross score of 66.

No prizes were awarded to the winners, but rather all money raised was donated to the Halifax County Cancer Association.

Entry fees, plus the generosity of many players and non-players, and Brooks-Lyon Funeral Home resulted in a donation to HCCA of almost $1,400.

There were 36 players, and they had players with single digit handicaps and players that did not own clubs.

Teams were made by the committee and ‘talent’ shared.

The day was filled with laughter, some good shots and some not so good golf shots, generosity and lots of pink.

The committee made the decision to do this again next year and add the event to the county calendar.

It will again be in October but the date is to be determined.