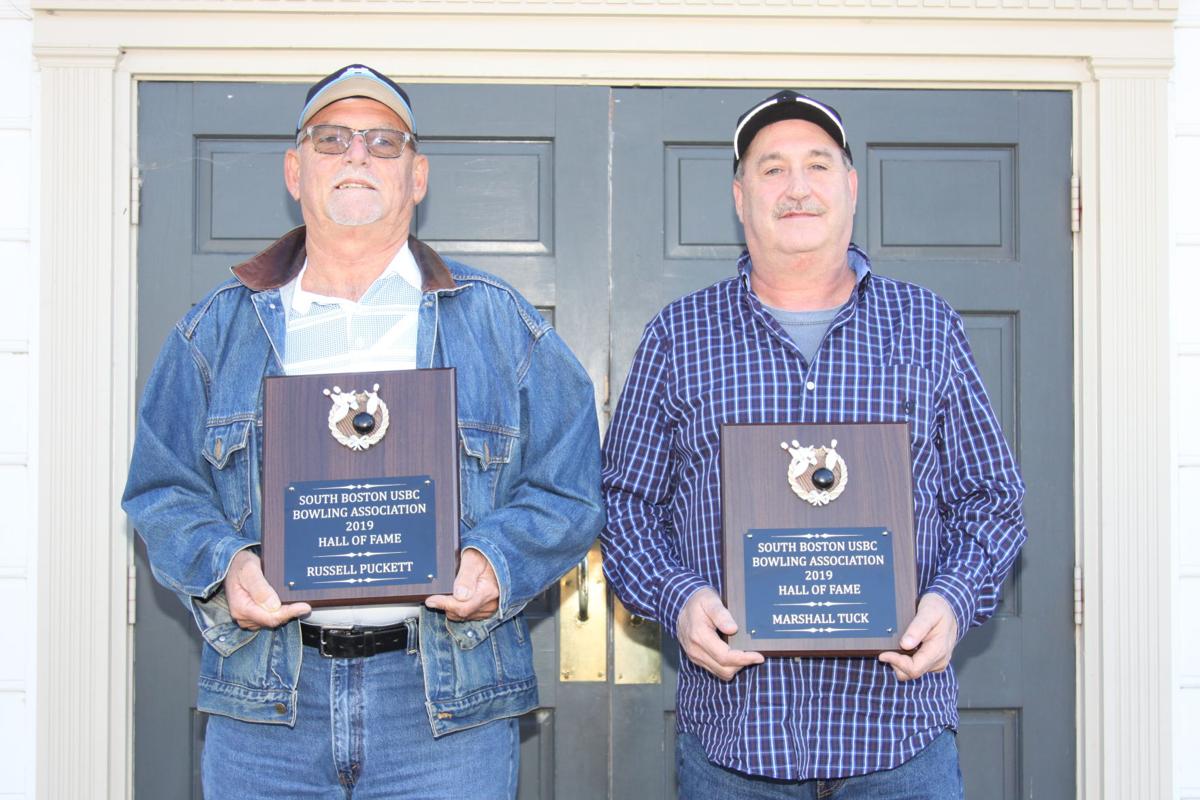 Russell Puckett (left) and Marshall Tuck (right) are the 2019 inductees into the South Boston Bowling Hall of Fame. Puckett and Tuck were inducted in ceremonies held Sunday afternoon. 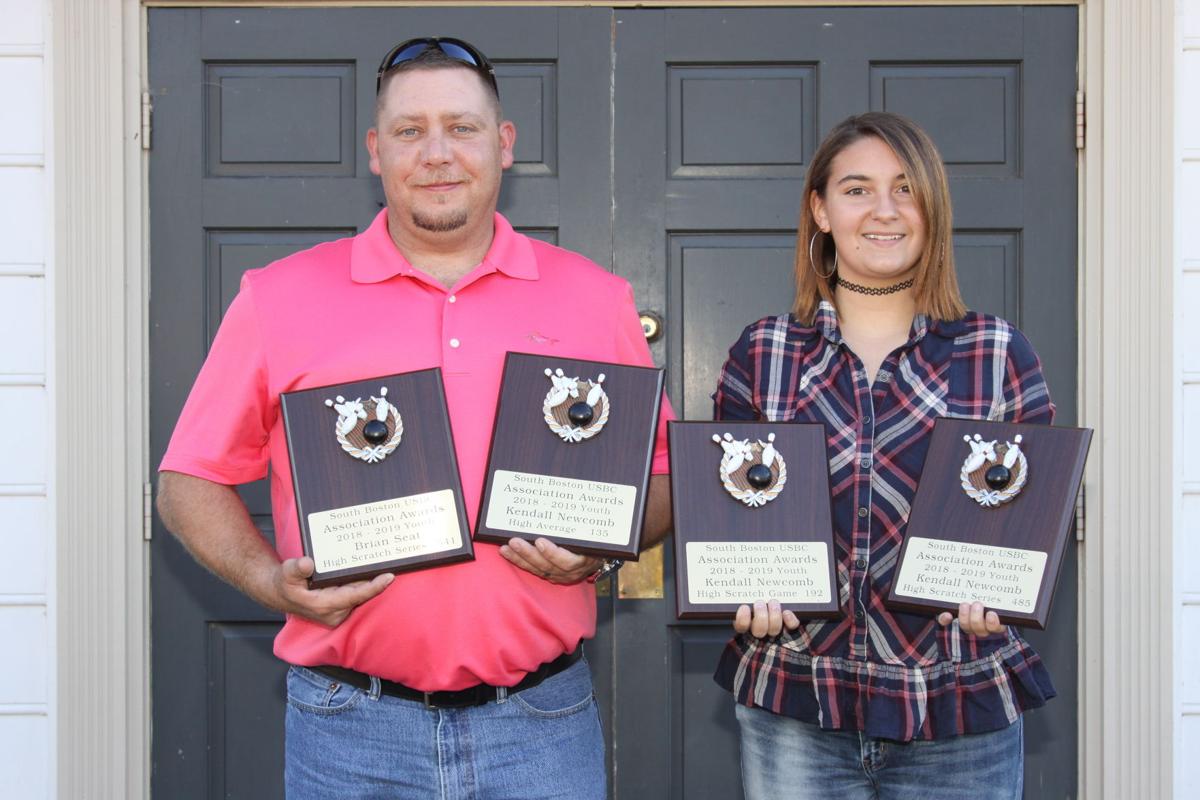 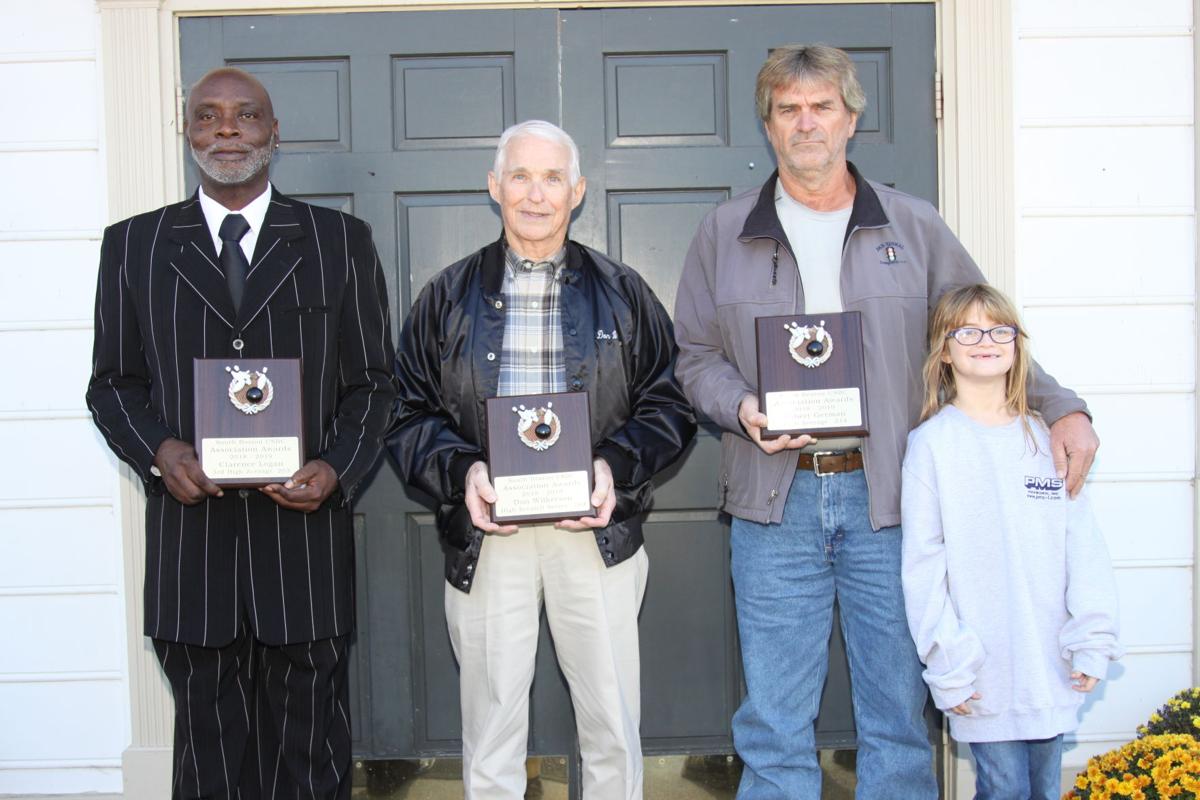 Clarence Logan, third-high average (203); Don Wilkerson, high scratch series (762); and Robert German, high average (214), (from the left) were among the award winners at the South Boston USBC annual association awards luncheon on Sunday. Pictured with the winners is Mackenzie German. 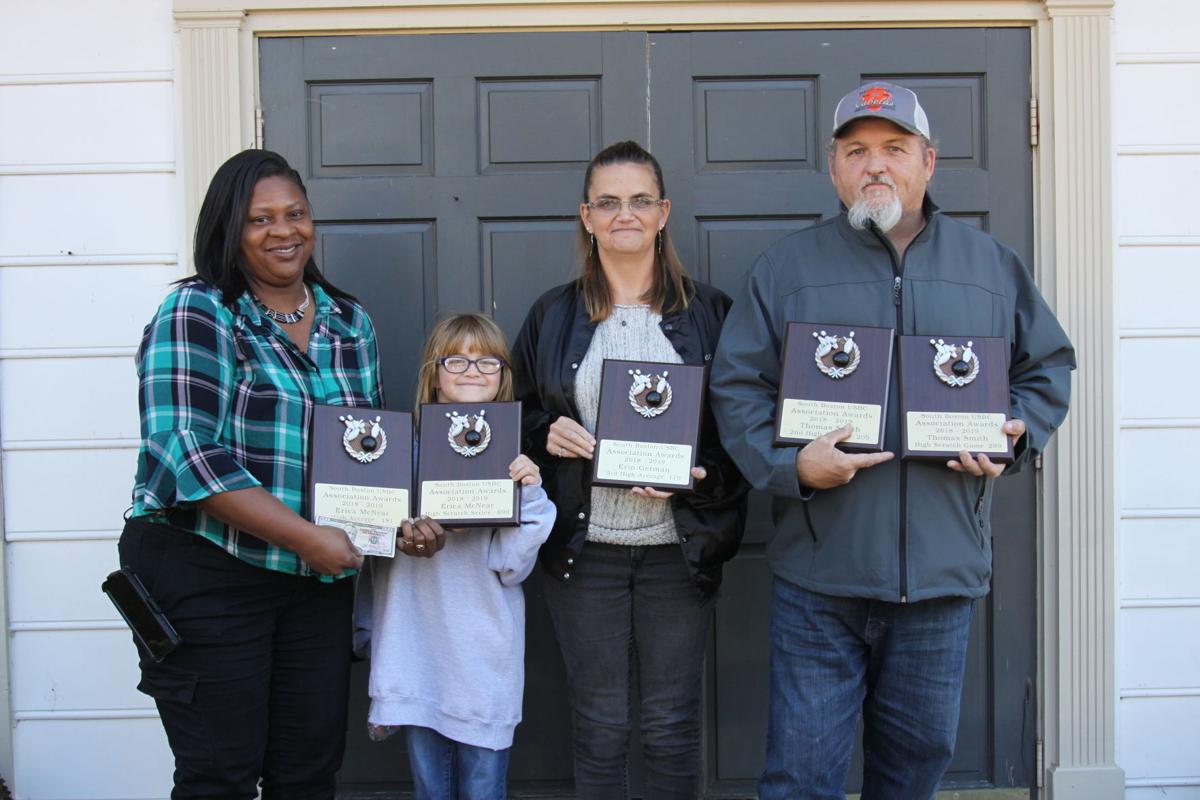 Russell Puckett (left) and Marshall Tuck (right) are the 2019 inductees into the South Boston Bowling Hall of Fame. Puckett and Tuck were inducted in ceremonies held Sunday afternoon.

Clarence Logan, third-high average (203); Don Wilkerson, high scratch series (762); and Robert German, high average (214), (from the left) were among the award winners at the South Boston USBC annual association awards luncheon on Sunday. Pictured with the winners is Mackenzie German.

It may not look like it on the surface, but youth was well served at the annual South Boston USBC annual awards banquet held on Sunday.

Russell Puckett and Marshall Tuck, both of whom began bowling as youngsters at Hupp’s Mill Lanes, were inducted into the South Boston Bowling Hall of Fame on Sunday, where season winners in a number of categories also were honored.

Sunday’s inductions brought to 57 the number of bowlers in the Hall of Fame, with 33 of that number still alive.

Puckett started bowling and kept score for his father’s team at Hupps Mill and has bowled in several leagues, including many years in the men’s Dixie League, according to Talley.

“Russell and I have been teammates for the last 20-plus years,” said Talley.

“Russell has maintained a 190-plus average for most of his bowling career and has a high game of 290 with 11 strikes in a row.”

Puckett, who has bowled in local and state tournaments, has invested a lot of time and money in tournament bowling, as well as attended league and association meetings, according to Talley.

Puckett, a multi-sport standout while attending Halifax County High School, learned the sport from his father.

“Bowling to me is a lot like golf. It’s an individual sport where it’s you against the game,” said Puckett, who pointed out that bowling can be a team game as well.

“You have a five-man team while bowling, but you always bowl against your average,” he explained.

“My dad bowled. I came to the bowling alley at Hupps Mill as a kid and bowled when I was about 7 or 8-years old,” Puckett explained.

“We watched others bowl, and the next thing you know you want to bowl,” said Puckett, who enjoyed the opportunities he had to bowl with his father.

“I would never have bowled if not for my dad,” added Puckett, noting the real honor is being named in the same company as the bowlers already named to the Hall of Fame, both living and deceased.

“I think I know every one of them, even the older ones because of my dad, and I knew them growing up,” he said.

“Now, I’m one of the older ones, Puckett said with a grin.

“I don’t know how much longer I’ll bowl, but as long as it’s fun, and I enjoy it, I’ll bowl. I have a lot of good friends over there.”

Hall of Famer Richard Hutcherson nominated Tuck for the Hall of Fame.

“Marshall has been bowling in the local association for 25-plus years,” said Hutcherson.

“He has bowled in various leagues over the years and presently bowls in the men’s Dixie League on Monday night.

Tuck noted the lack of young people taking up the sport of bowling.

“We need more youth to become involved in bowling. It does take a lot of money, and you have to be dedicated to practice,” he explained.

“You can’t get better playing video games, you have to get out there and do it.”

Bowling with friends and teammates is the best part of bowling, added Tuck.

“This makes me think about all the teammates I’ve lost over the years, and I thought about them,” he said.

“I first started when I went to a birthday party. We bowled two games, and I got hooked,” he said.

Other awards handed out on Sunday included Robert German and Erica McNear for high average, German with a 214 for the men and McNear with a 181 for the ladies.

Second-high averages were posted by Thomas Smith for the men with a 205 and Brenda Roberts with a 173 for the ladies.

High scratch series winners included Don Wilkerson with a 762 for the men, and McNear with a 690 for the ladies, while Smith and Tony Conner tied for the high scratch game for men with a 299.

Roberts had the high scratch game for ladies with a 267.