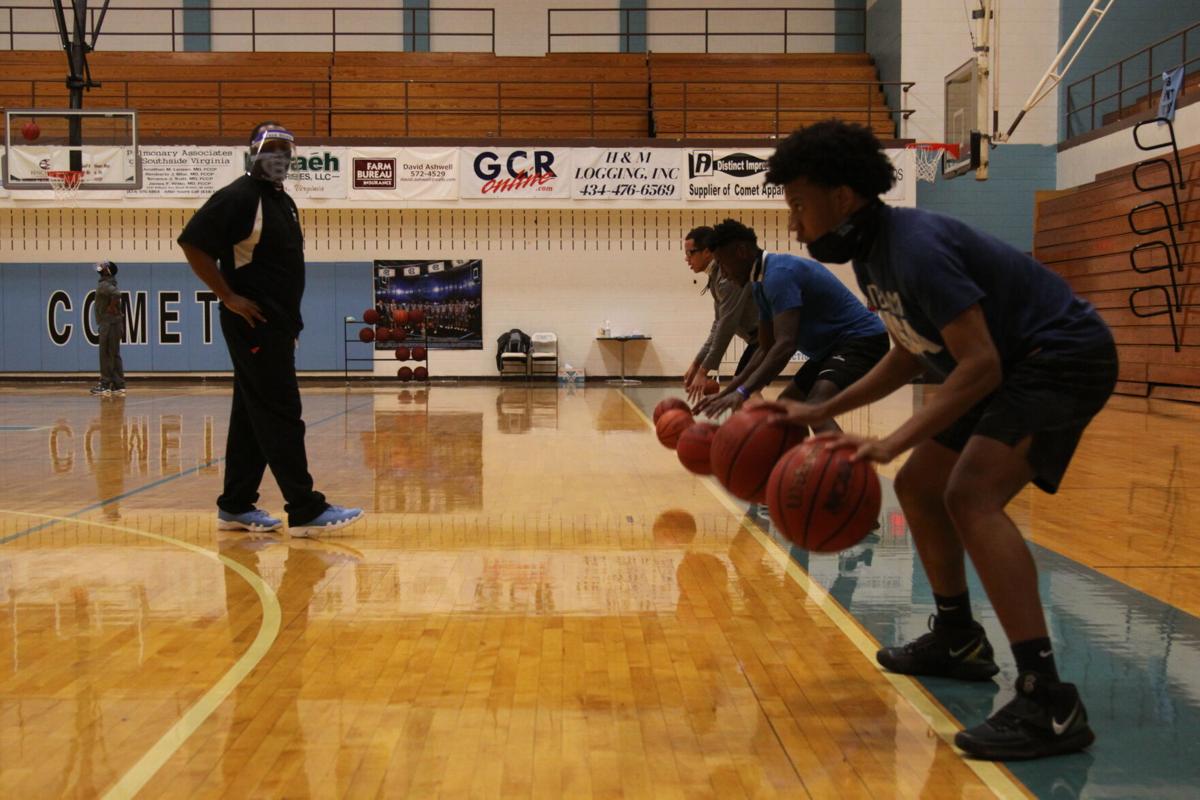 Tysean Medley (closest to front), Malik Mayo and Jaden Waller participate in dribbling drills at conditioning while head JV coach Hakeem Pettus looks on. Players and coaches return to the court on Monday for the first practice of the season. 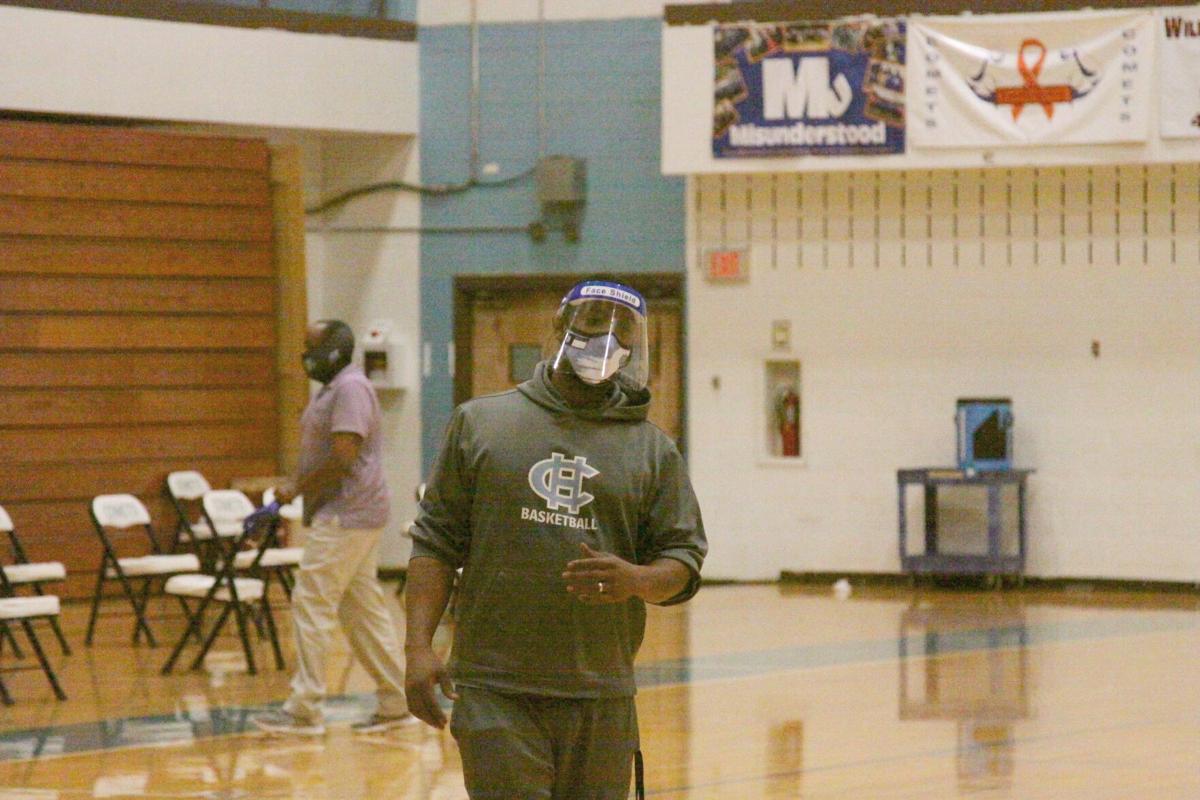 Tysean Medley (closest to front), Malik Mayo and Jaden Waller participate in dribbling drills at conditioning while head JV coach Hakeem Pettus looks on. Players and coaches return to the court on Monday for the first practice of the season.

The announcement that Halifax County student athletes and coaches had been waiting for was confirmed on Friday afternoon.

Sports are officially back with practice for the upcoming winter sports season beginning on Monday.

On Thursday, Virginia Gov. Ralph Northam announced new mitigation measures to slow the spread of COVID-19 after numbers in the state and around the country skyrocketed in recent weeks. In Executive Order 72, Northam announced that for sports played indoors, spectators must be limited to 25 persons per field (indoor courts). For sports played outdoors, spectators are limited to two guests per player. The total number of spectators cannot exceed 30% of the occupancy load of the certificate of occupancy for the venue.

Lewis had already conveyed to the Halifax County School Board at their last meeting that there would be no spectators allowed at home games when the season started. Northam also stated that schools should look to other options to give people the opportunity to watch games such as live streaming, which Halifax County High School has already taken measures to implement.

There are already cameras installed at the football field and in the gym so that games can be streamed online for those that are unable to attend due to attendance restrictions.

Late Thursday evening the VHSL released a statement clarifying the new statewide measures and the impact that they have on VHSL sports and activities. The release stated that the Virginia Department of Health (VDH) strongly advises athletes to wear masks at all times during group training, competition and on the sidelines.

“There is strong evidence to show that mask use prevents the spread of COVID-19. We also know that participating in sports has both physical and psychological health benefits. Risks from the virus can be decreased if athletes, coaches, officials and spectators follow public health guidelines,” the release went on to say.

The VHSL mentions that if wearing a mask makes participation difficult, that it is advisable not to participate in sports at this time.

“With the supports of the governor’s office and our VHSL Sports Medicine Advisory Committee (SMAC), the VHSL is requiring each school to follow the recommendations of the Virginia Department of Health (VDH) and the American Academy of Pediatrics (AAP),” said VHSL Executive Director Dr. John W. “Billy” Haun. “There are some sports in which the mask should not be worn, such as cheerleading, gymnastics, wrestling and swim and dive.”

The North Carolina High School Athletic Association (NCHSAA) announced in November that their athletes would be required to wear facemasks for all indoor sports. Athletes, coaches and support staff are required to wear masks at all times, including practices and games which is now what Virginia high school athletes will be required to do as well.

Thursday’s announcement by Northam and subsequent release by the VHSL shows that high school sports are still a go in Virginia, and with Halifax returning to practice on Monday, the first official high school sports game in the county in almost 300 days is not far off.