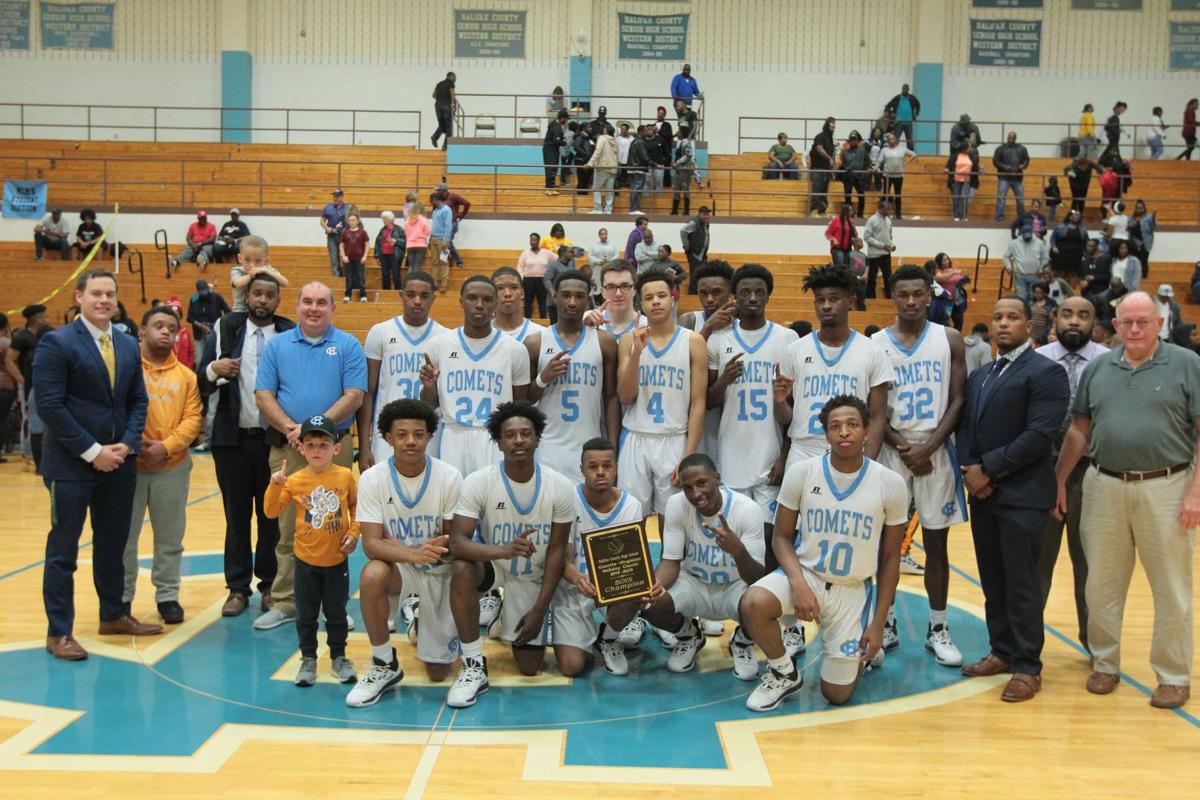 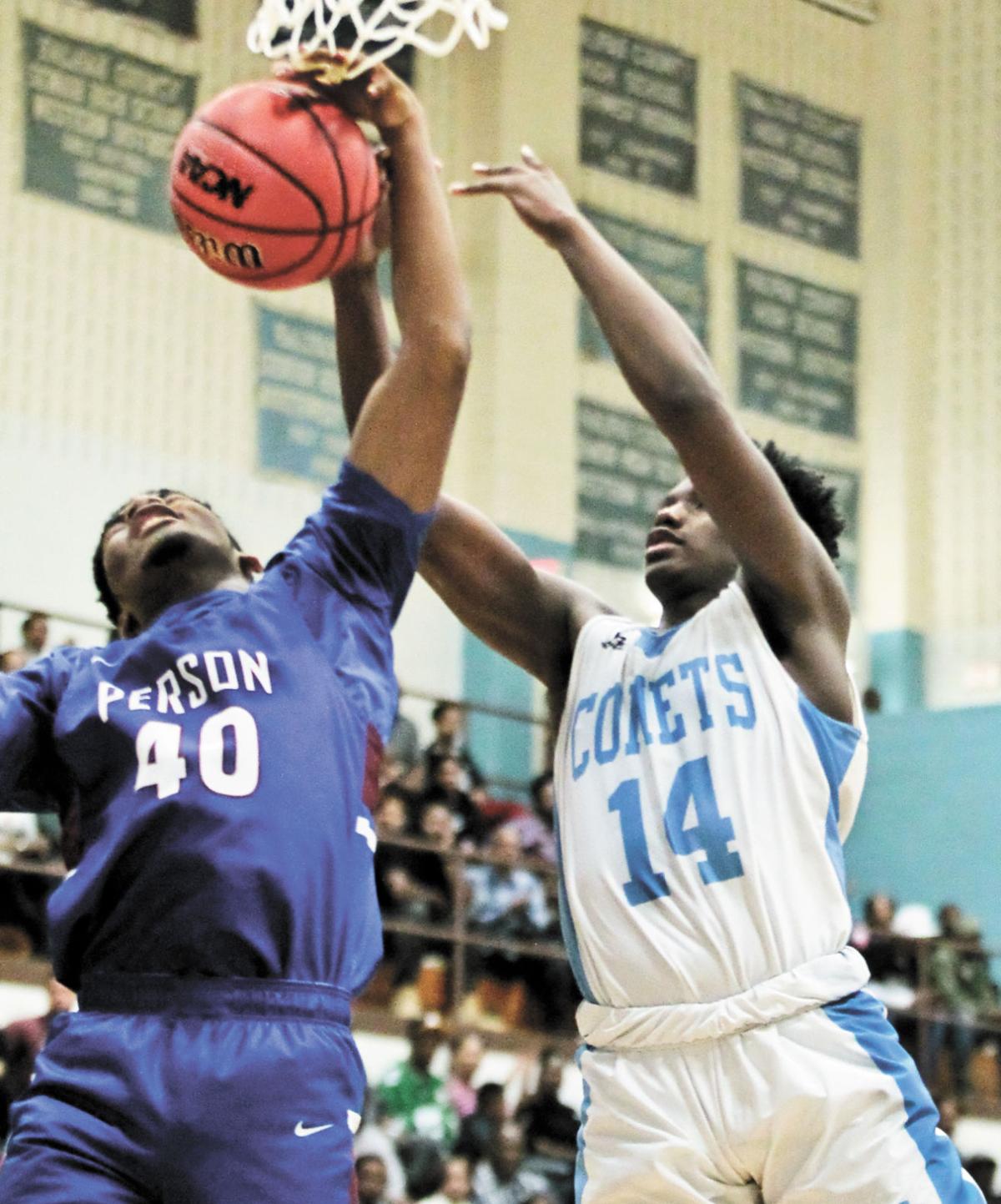 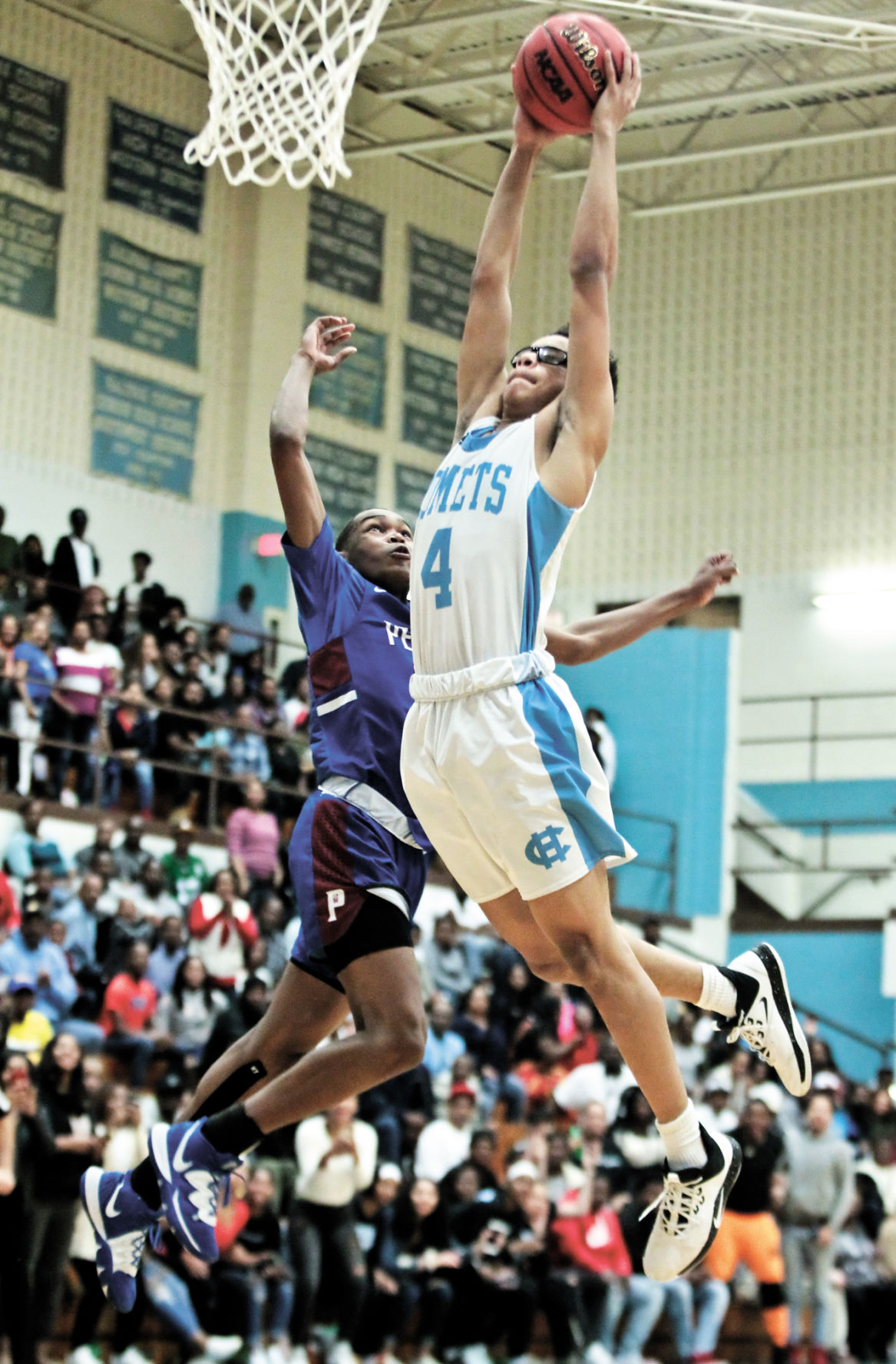 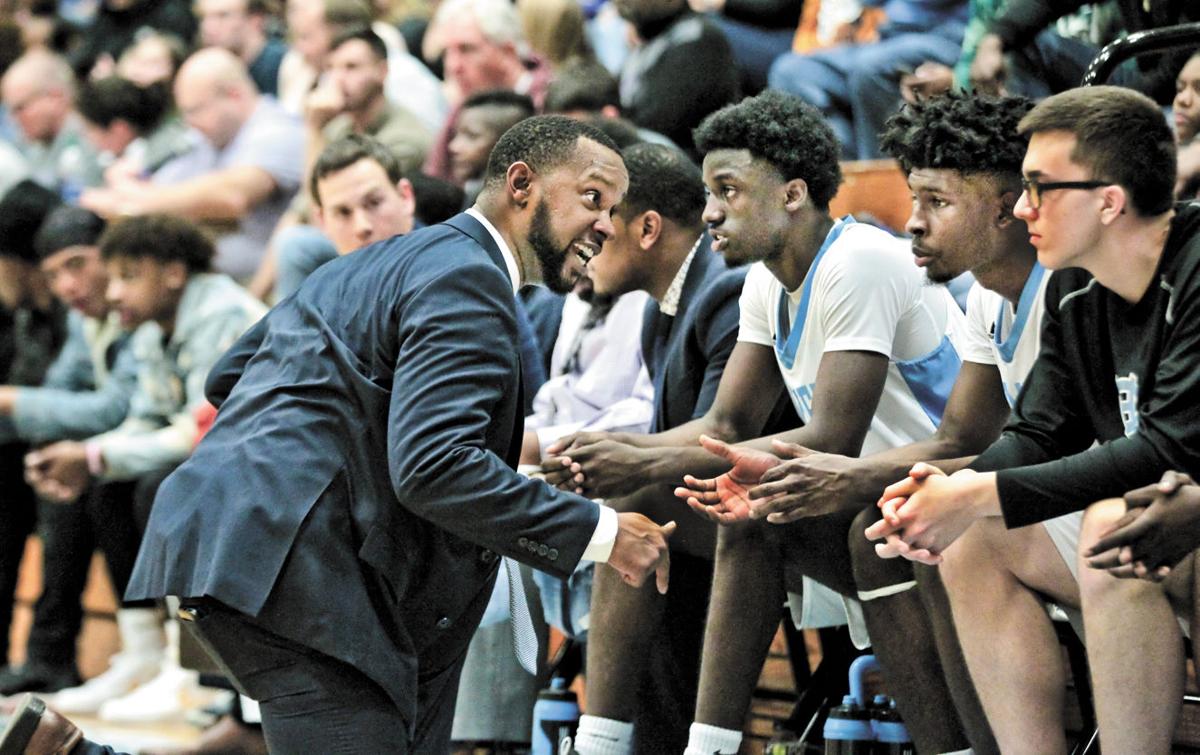 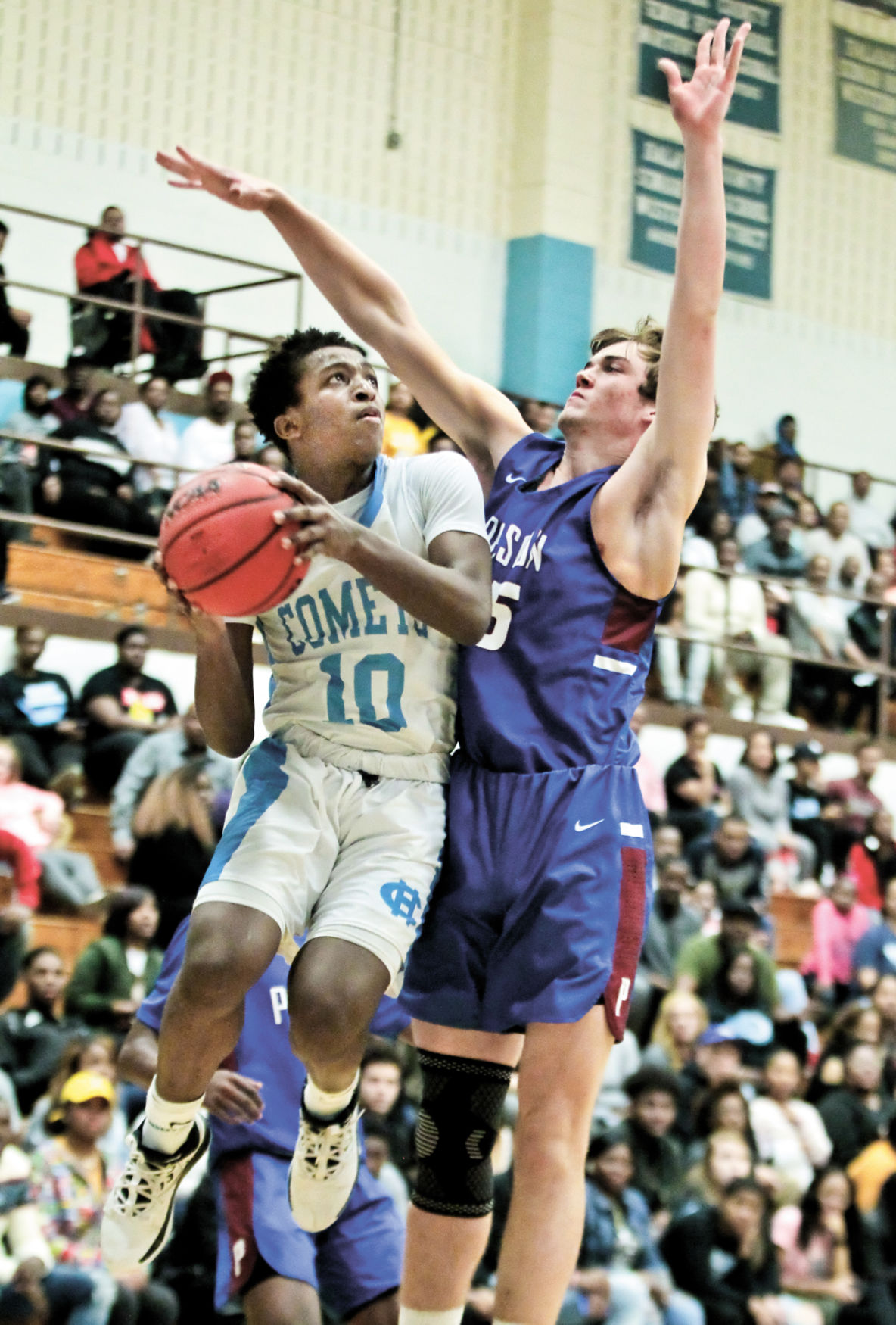 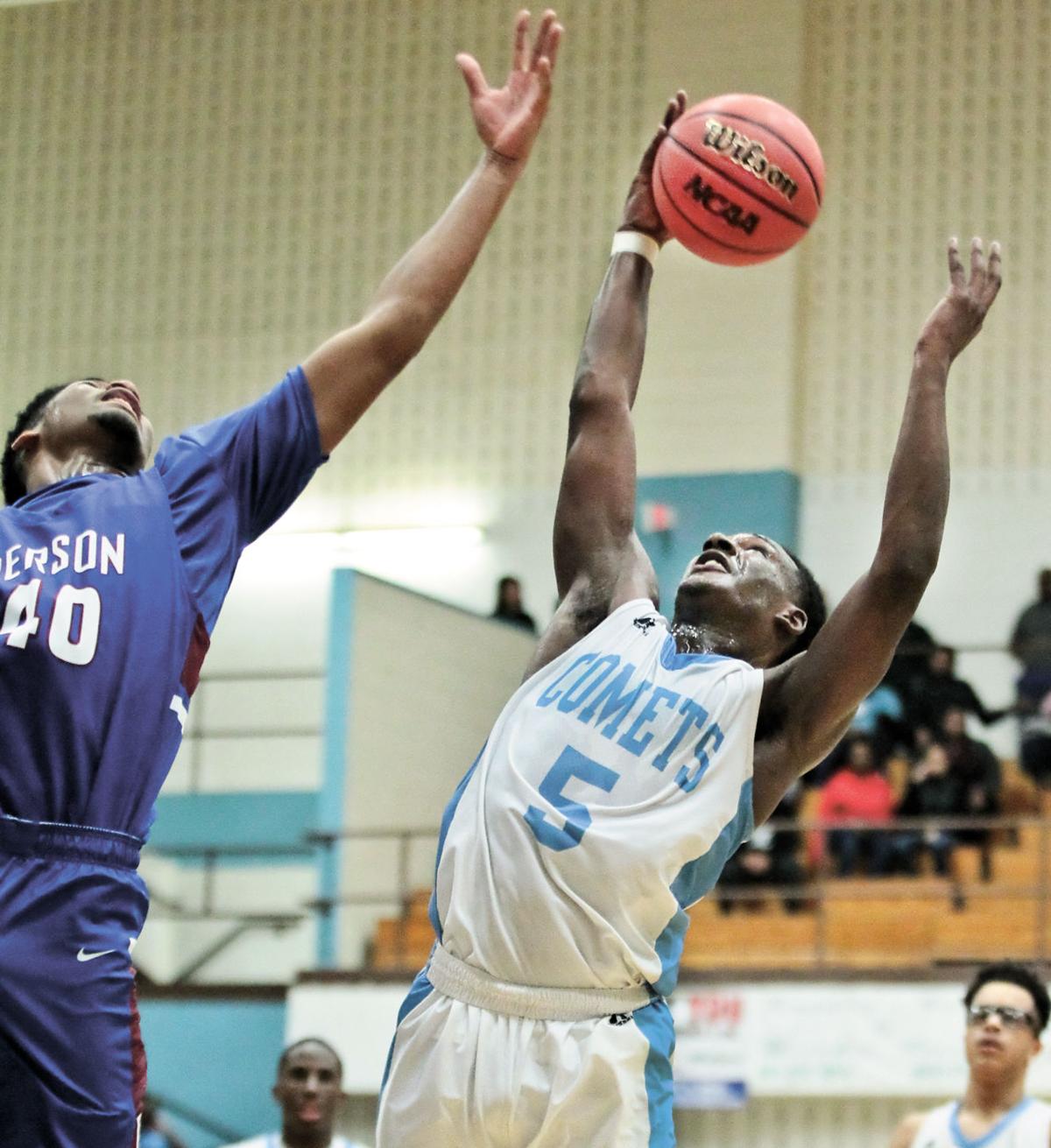 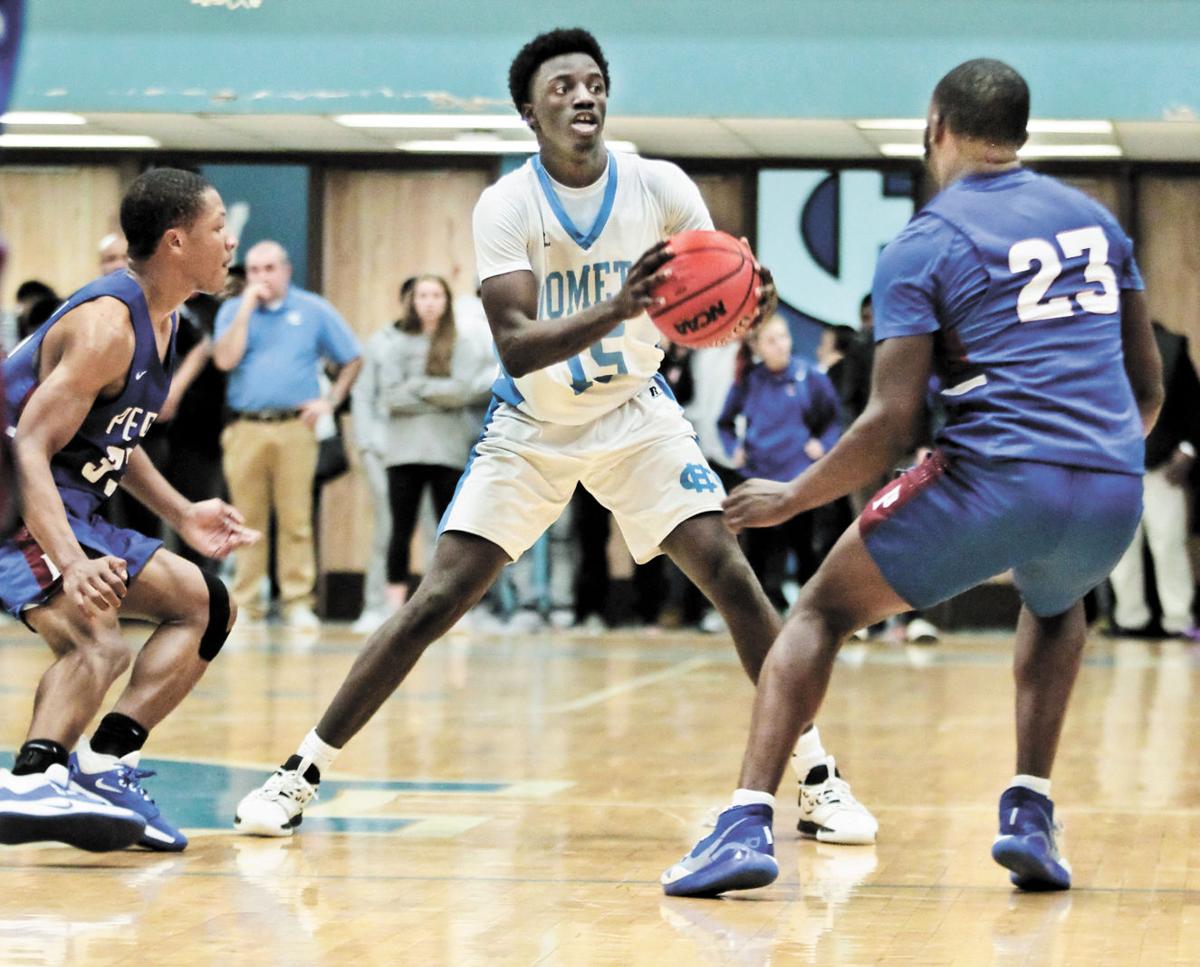 For the second year in a row Halifax County High School is the Gazette-Virginian Holiday Classic Basketball Tournament champion.

Saturday night’s win over the Rockets netted Halifax County High School its sixth Gazette-Virginian Holiday Classic Tournament championship in seven years and improved the Comets’ season record to 7-0. The win also gave the Comets a sweep of their three meetings against their border rival this season.

“It’s always good to win the Classic here at home, in front of a large crowd and in a really good environment,” said Comets head coach Sterling Williams.

Seven Comets players got into the scoring column, with Kameron Roberts leading the team with a game-high 21 points. Jaden Waller followed with 17 points. The Comets got eight points from Davon Jennings, seven points each from Jhamad Lawson and Keshawn Wells, six points from William Davis and two points from Kevon Ferrell.

The Comets persevered through a strong third-quarter rally by the Rockets, as the Rockets chipped away at the Comets’ 39-26 halftime lead to pull to within two points at 46-44 on a basket from freshman Ty Outlaw with 23 seconds left in the third quarter.

Person High School’s Dre’ Newman tied the game at 46-46 with 7:14 remaining in the game on a short shot deep in the paint. The Comets answered with a 3-pointer from William Davis to regain the lead at 49-46. A basket from Waller, a second 3-pointer from Davis and a three-point play from Roberts with 4:32 left in the game allowed the Comets to push the lead to 11 points at 57-46.

The Rockets got as close as five points with a free throw from Newman with 2:16 left to play, but the Comets hit another spurt, with a dunk from Waller triggering an 11-0 run that allowed the Comets to extend the lead to 68-54 with 13.9 seconds left in the contest.

Halifax County High School rallied to take the lead in the first quarter, and led by as many as 18 points in the second quarter before settling in with the 39-26 halftime lead.

Williams said miscues in the third quarter allowed the Rockets to get back into contention.

“We made it a game,” Williams pointed out.

“We made some turnovers in the second and third quarters. The third quarter was really bad. Person made a game of it. We were throwing the ball away and turning it over.

“The energy wasn’t there in the third quarter defensively or offensively,” Williams noted.

“Our defense is what leads to our offense. We weren’t getting after it defensively. We gave up points on their (Person High School’s) first three possession of the third quarter. That’s something we don’t do. We hang our hat on our defense. We really amped up the defense at the start of the fourth quarter, and were able to pull it out.”

Person High School was led in scoring by Newman, who tallied 15 points. Jaylen Black followed with 11 points, nine of them coming in the second half. Outlaw reached double digits with 10 points, all of which came in the second half.