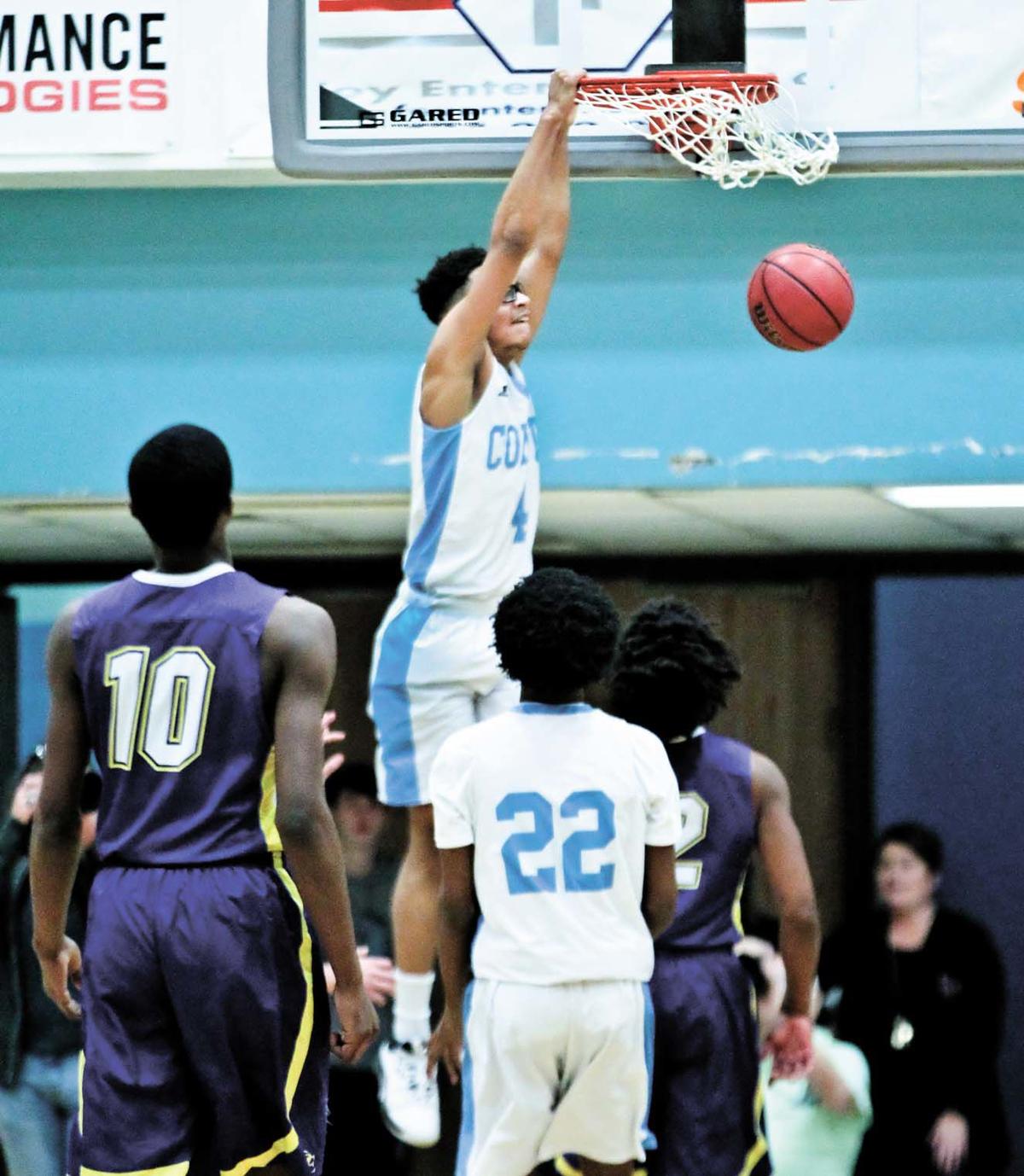 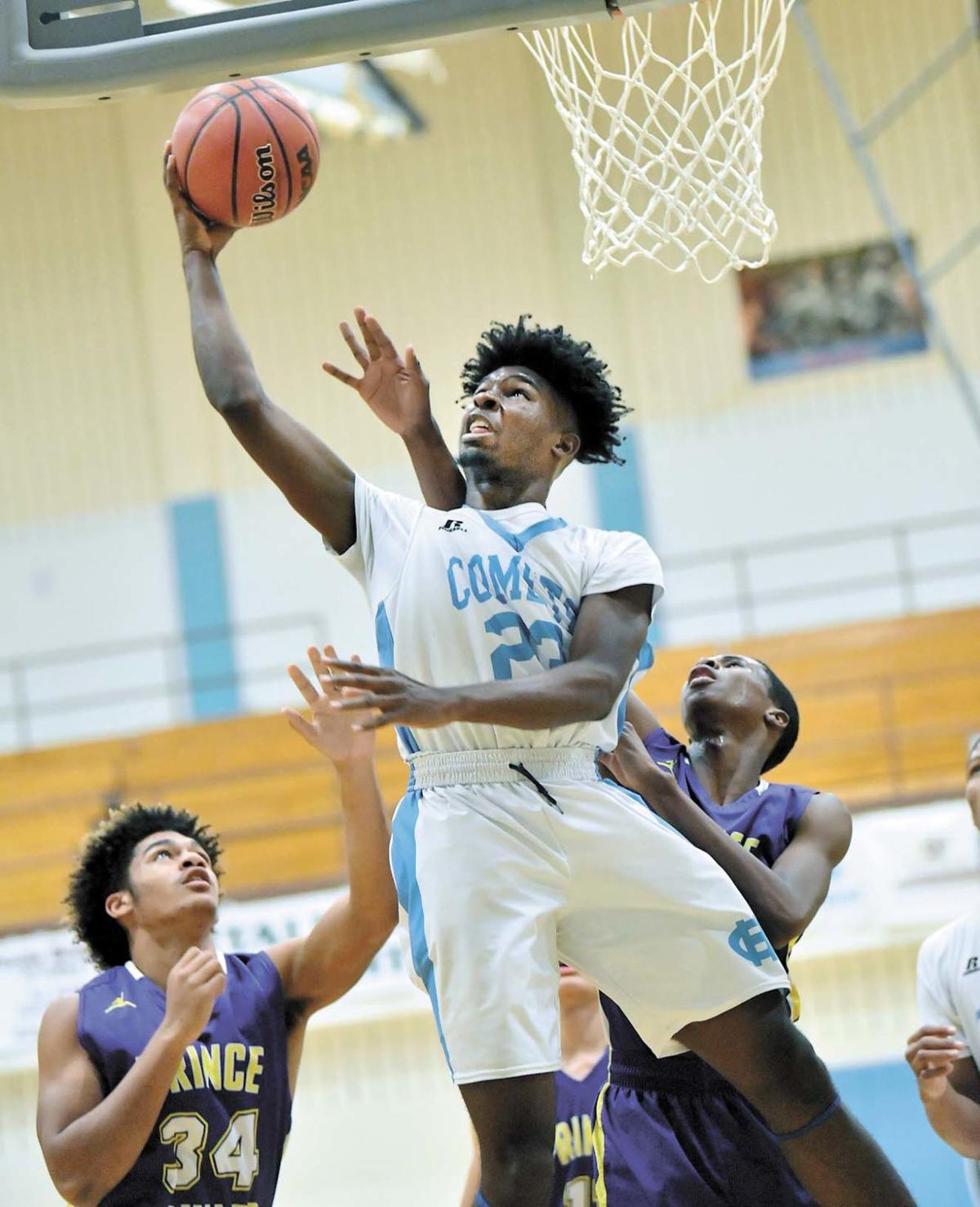 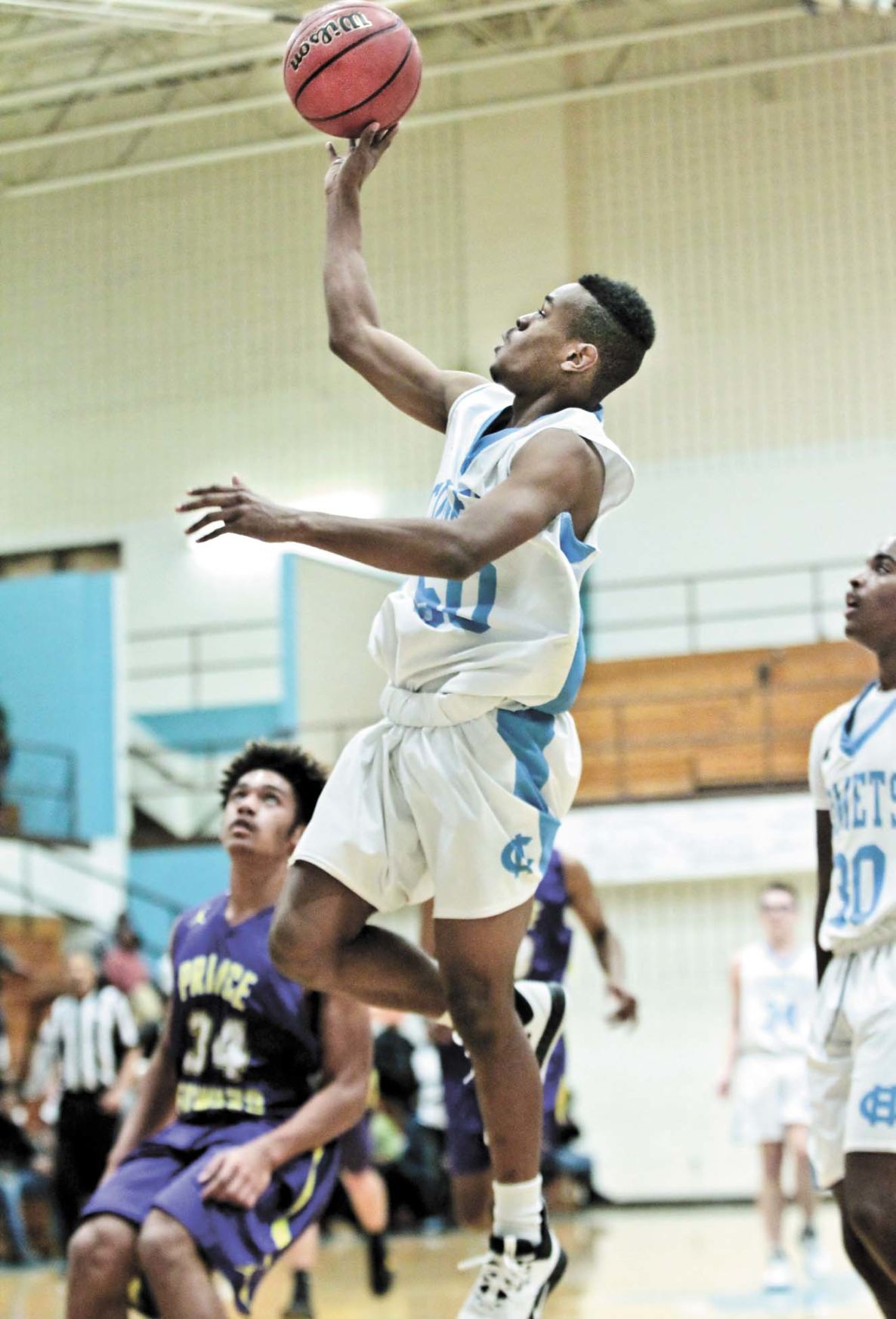 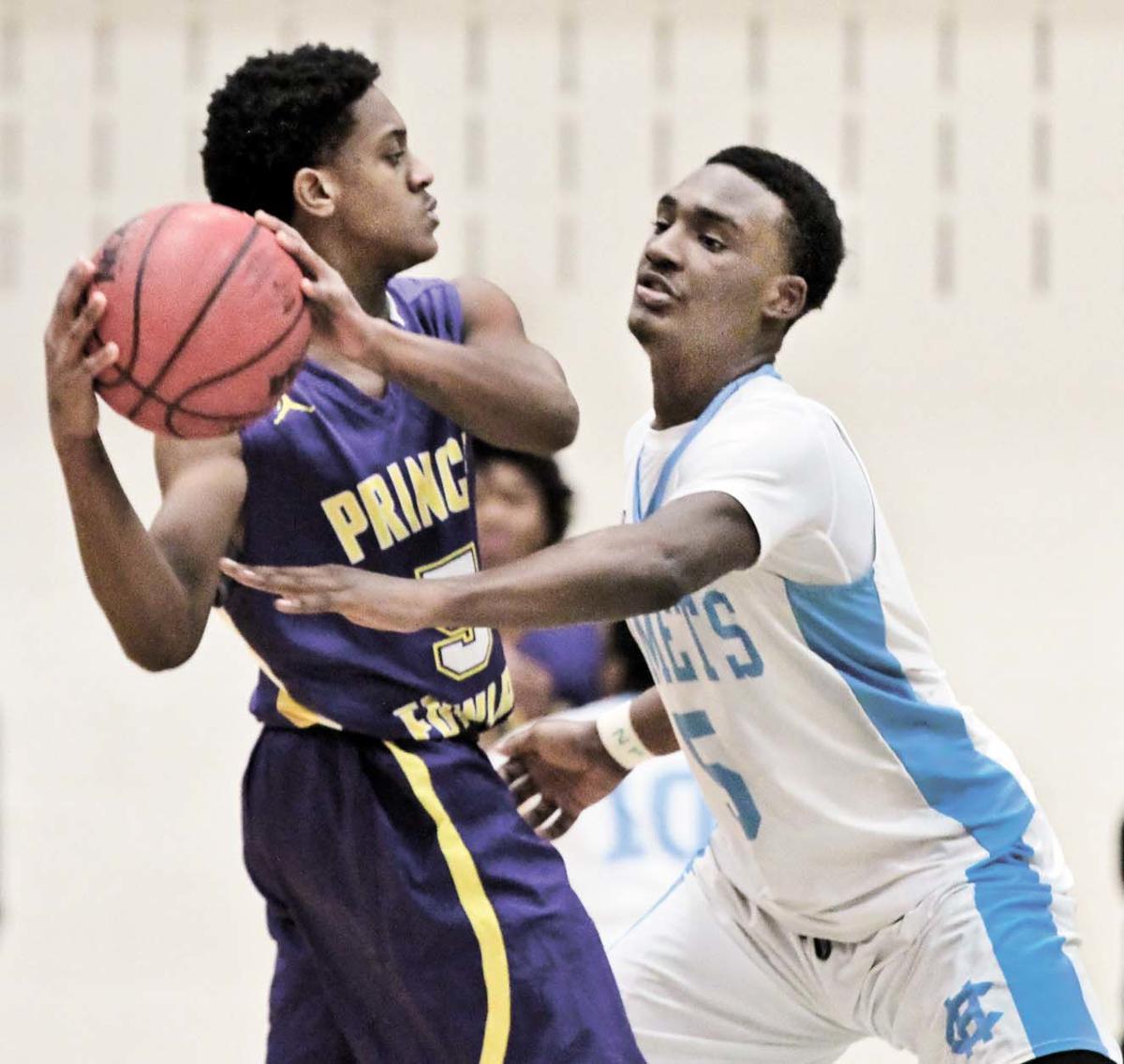 It took a little while for the Halifax County High School varsity boys basketball team to get going in Wednesday night’s game against Prince Edward County High School, but the Comets quickly pulled away once they gained some traction.

The Comets improved their record to 4-0 with a 77-50 win over the Eagles at Halifax County High School, dropping the Eagles’ record to 1-4 on the season.

Halifax County High School’s Kevon Ferrell opened the game with five straight points that included a 3-pointer to go up 5-0 and led the rest of the night. Prince Edward County High School stayed in the hunt, trailing 14-6 at the end of the first quarter.

A 10-2 run by the Comets in the first four minutes of the second quarter spurred the Comets to a 24-8 lead and broke the game open. William Davis converted a three-point play, and the Comets added a pair of baskets from Davon Jennings, a basket Jaden Waller, and got a free throw from Zach Carter to complete the run.

Halifax County High School continued its surge over the last four minutes of the first half. A 3-pointer from Keshawn Wells followed by a layup from Waller after a steal put the Comets up 33-13 with 2:09 left in the half.

“We got off to a little of a slow start, a start that was not typical of our first three games,” noted Comets head coach Sterling Williams.

“The guys battled back and handled the adversity. Prince Edward came out of the gates scoring the ball. We were missing some of our assignments defensively. We felt like we weren’t keeping those guys out of the lane as they were able to get layups.

“We shored those things up in the second quarter,” Williams continued.

The Comets’ defensive effort had a good deal to do with the scoring on the offensive end, as the Comets came up with a number of steals and were able to score in transition.

“It makes it a little easier for this group when you can get them out in traffic,” Williams said.

If there was any doubt the outcome of the game was in question, the Comets erased it quickly in the second half.

An 11-2 run by the Comets in the first 3:40 of the third quarter took the wind out of the Eagles’ sails. Ferrell opened with a 3-pointer, and Jennings scored off of an offensive rebound to give the Comets a 44-19 lead.

Prince Edward County High School snapped the Comets’ rally with a pair of free throws, but layups from Jhamad Lawson and Ferrell and two free throws from Waller lifted the Comets to a 49-21 lead with 4:20 left in the third quarter.

The Comets ended the quarter holding a 58-22 edge, and a 5-1 run to start the fourth quarter put the Comets up 63-33. From that point, it was merely a mop-up operation for the Comets.

Halifax County High School finished the game with a 5-23 mark from 3-point range, while the Eagles were 4-13 from beyond the arc. The Comets had 18 turnovers as compared to 24 for the Eagles.