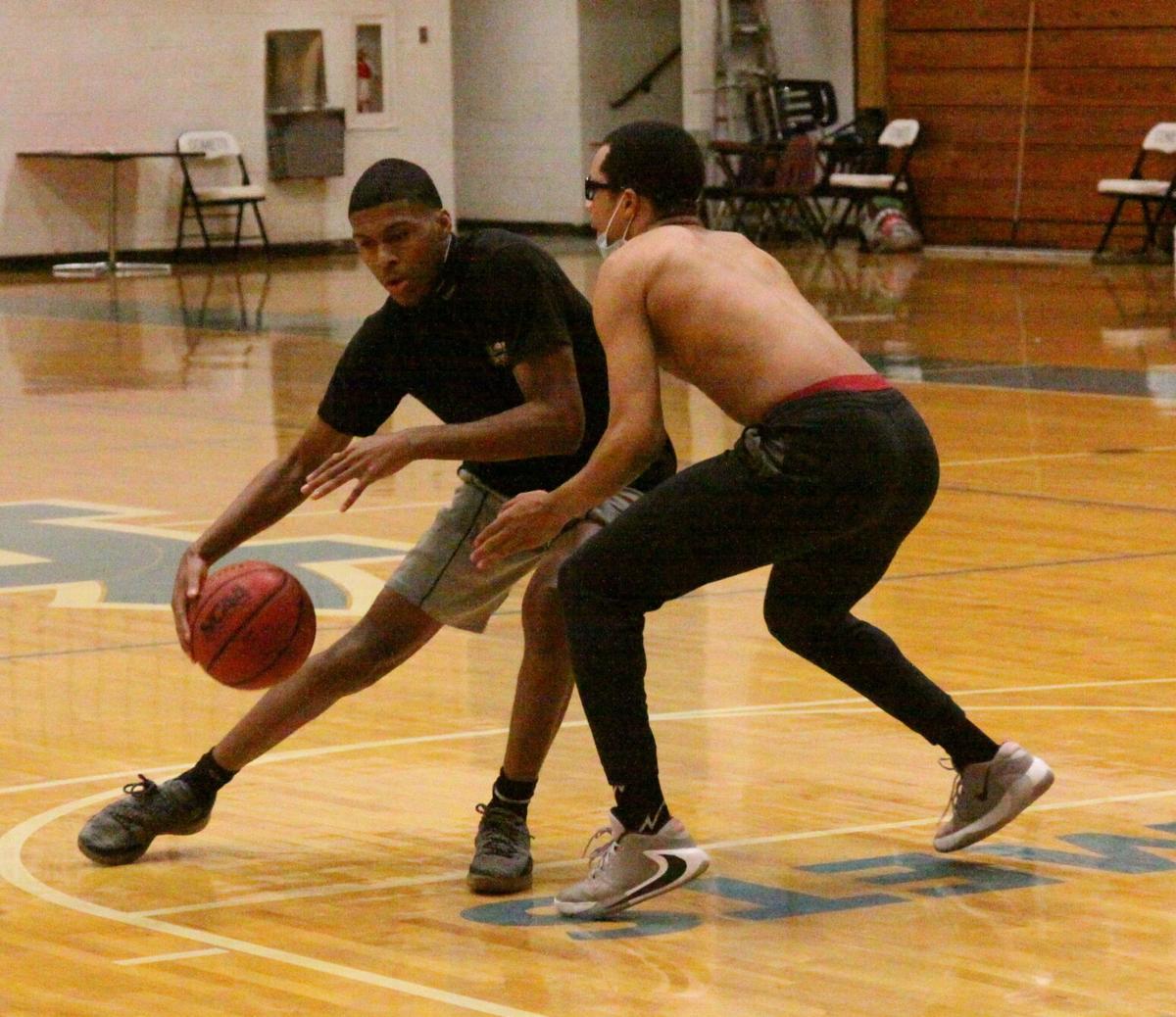 Nasir Word (with ball) is guarded by Jaden Waller as they work through a drill at the first practice for the Halifax County High School boy’s basketball team in nine months on Monday afternoon. 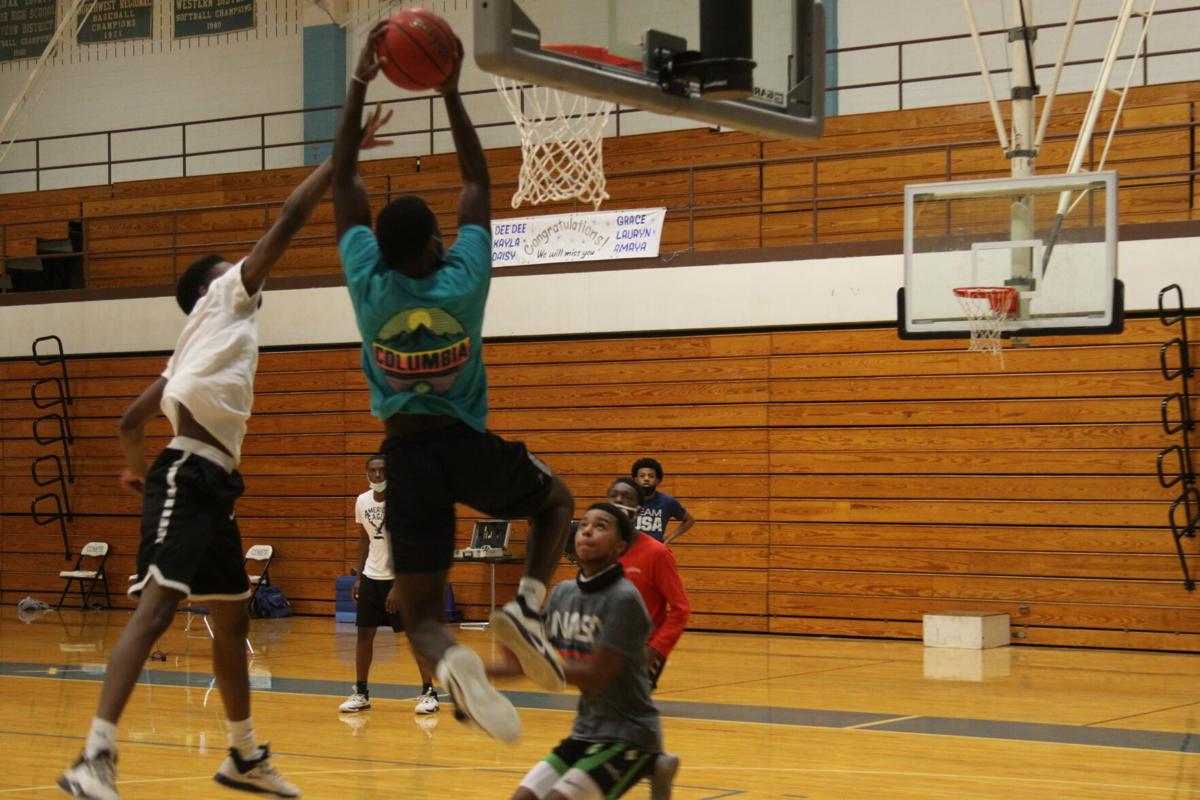 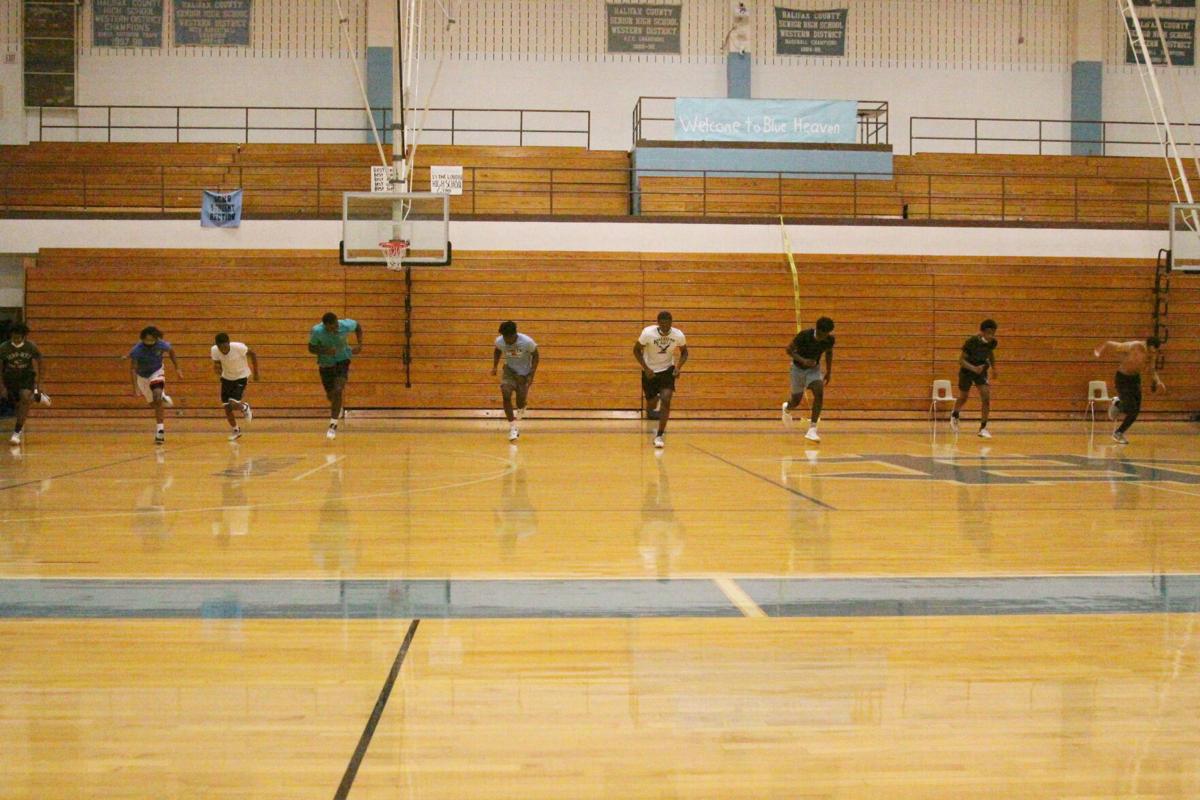 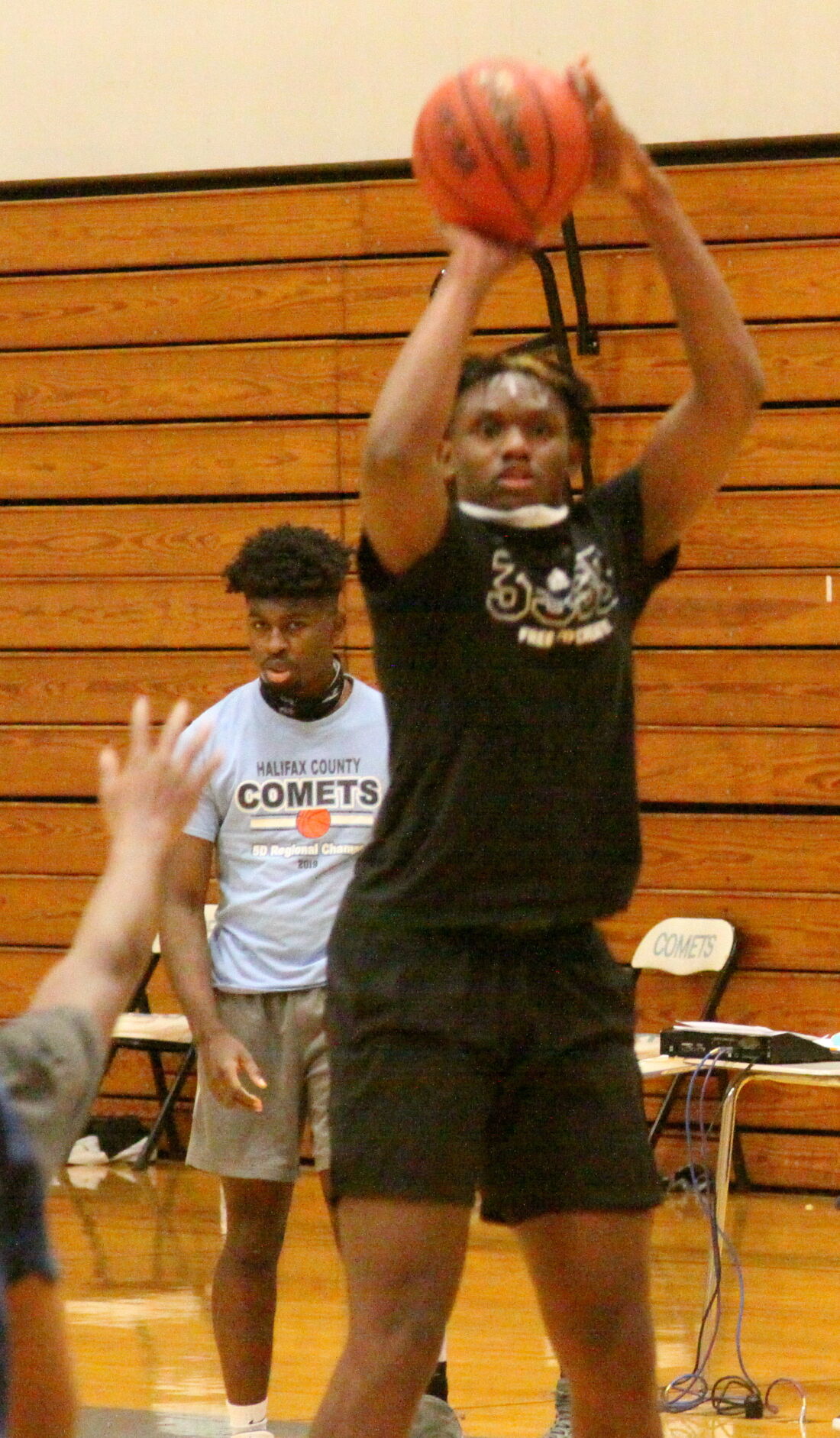 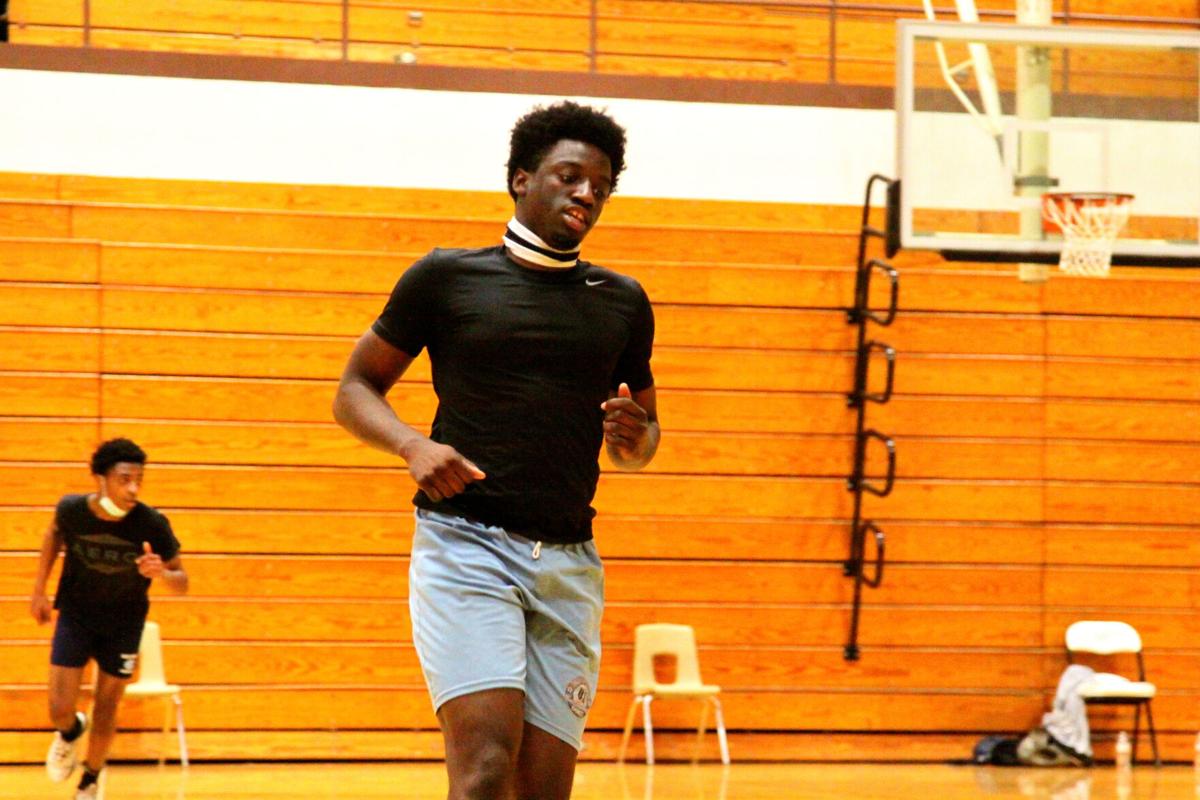 There were many things different on Monday afternoon when the Halifax County boys basketball team met for their first practice of the season, but many things remained the same.

The action on the court was nostalgic in a sense, as it has been over nine months since the last time there was a basketball game in the Halifax County High School gym.

It was eerie in a way, the same banners that hung during the regional championship game back in March are still there, the senior night banner honoring the girl’s basketball seniors from last season is also still hanging, but as soon as head coach Sterling Williams finished his talk to the team, and they hit the court, normalcy returned.

The squeaking of shoes, the ball bouncing off the hardwood echoed throughout the cavernous gym, the yells from players and coaches as they worked to get back into the swing of things and of course the sound of the ball soaring through the net, all things that have been absent for quite some time were back in a matter of minutes.

It didn’t take long for the players and coaches to get back to their normal routines, as the action picked up, and they started running up and down the court, either during drills, running sprints or scrimmaging each other.

The start date for the Comets has been pushed back to Jan. 4, as the Virginia High School League requires eight practices for each team before their first game. This will allow the basketball teams more time to get back into game shape and work on fine-tuning their skills before they head into their first game.

On Friday, the VHSL sent out a release stating that all athletes would be required to wear masks during practices and games, with the exception of a few sports. On Monday, the VHSL released another statement, stating that the requirement issued by the VHSL was “issued in response to information that the governor’s requirement to wear face coverings would include such a provision.”

However, the Executive Order 72 when issued stated that the face coverings requirements “do not apply to…individuals exercising or using exercise equipment.”

The VHSL then rescinded the requirement that face coverings be worn during training and competition and then reissued guidance to conform with the content of the emergency order.

“Face masks are “strongly encouraged” but not required. Each school may continue to exercise its discretion and judgment as to safety steps within its athletics programs as it pertains to face coverings.”

“We ask the public to understand that it is the first mission of VHSL to make sure that athletics are conducted in a safe and healthy environment, and it was that desire that motivated the original decision.”

In a year that has been unpredictable, with things changing daily, it is safe to assume that there will be more things that will change, and student athletes and coaches will have to adapt to as they occur.