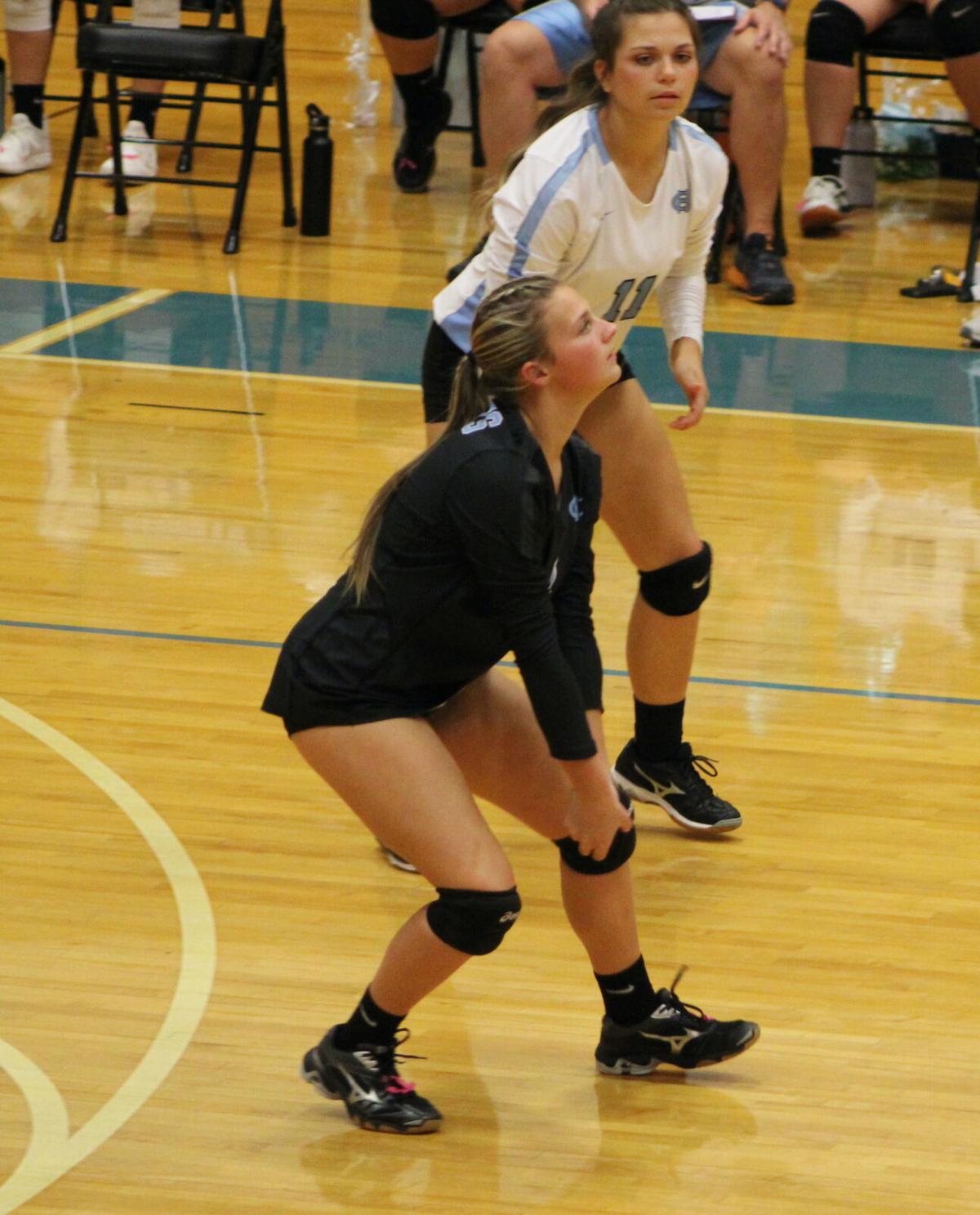 Halifax County High School lady Comet Madison Barnes serves the ball to the Heritage side of the court in the lady Comets win in straight sets on Monday. 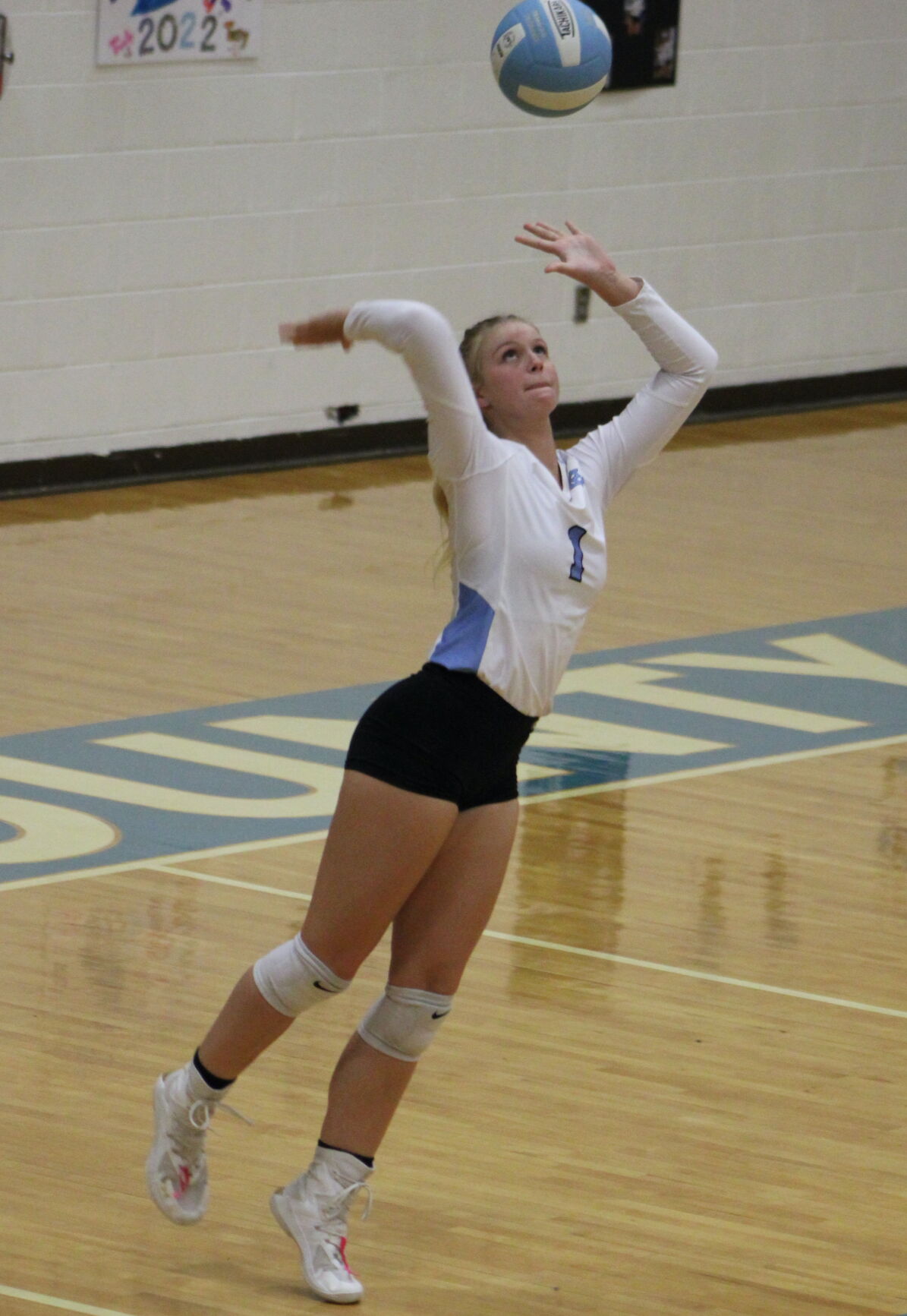 Halifax County High School lady Comet Trinity Martin serves the ball to the GW-Danville side of the court in the girls win in straight sets on Thursday.

This was the last regular season match at home for the Comets.

Trinity Martin was able to lead the team in kills with nine in the victory.

“Our setters did a good job of putting the hitters in a position to get the kill, and I was pleased with our service tonight,” said head coach Sunshine Martin.

This was a big win for the lady Comets as they only have one more regular season match before competing in the district tournament on Thursday.

“This was a good match for us to get geared up for our last regular season match. Heritage always returns the ball and makes us have to get off good passes in order to set our hitters,” said Martin.

“The girls mixed it up tonight, and it was great to get Jadyn Harlow’s serve back to where it needed to be. We are going to need that in the regional playoffs,” Martin concluded.

The lady Comets sit at a record of 8-10 on the season and a Piedmont District record of 4-6 sitting in fourth place.

The team was led by Abby Duffer, who had 26 digs in the contest and Erin Satterfield, who led the team with seven kills.

The Lady Comets dropped the second set after a back and forth between the two teams.

“In set two, we uncharacteristically missed several serves and lost some of our energy,” said jayvee head coach Kirk Barnes.

Throughout the sets, Duffer had three kills, one assist, 26 digs and three aces; Makayla Powell had five assists, three digs and four aces; Blakely Martin had eight assists, four digs, two aces and two kills; Satterfield had two digs and seven kills; Peyton Irby had five digs, one ace and four kills; Hanna Sutphin had one ace and three kills; Hannah Terry had one dig; Jacie Snead had eight digs, one ace and one kill; and Alexis Ayers had six digs in the jayvee Comets win.

He added, “On sets one and three, the girls played as they have been throughout the winning streak, and when their energy level is up and they serve well, they are hard to beat.”

The jayvee Comets are on a four-game win streak after a two-week hiatus and hope to continue that streak in their last game of the season.

“I expect that energy level to continue in our last game at Patrick County,” Barnes concluded.