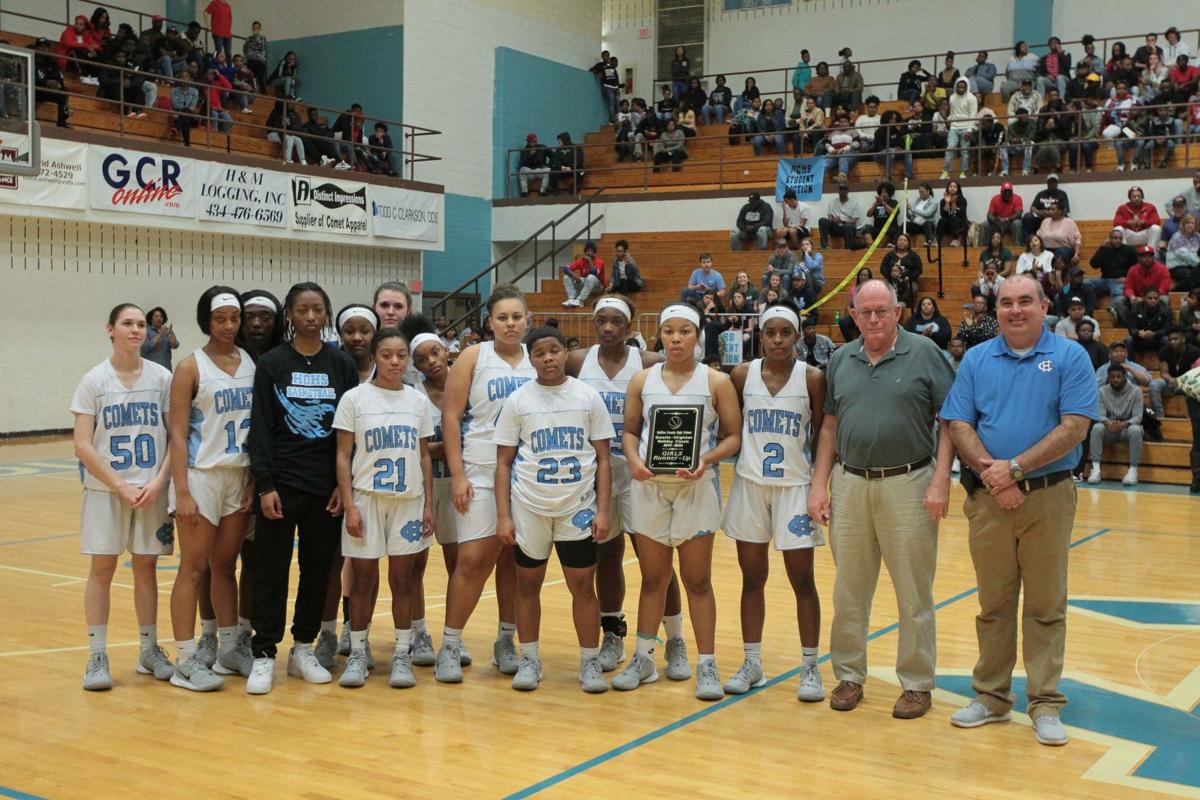 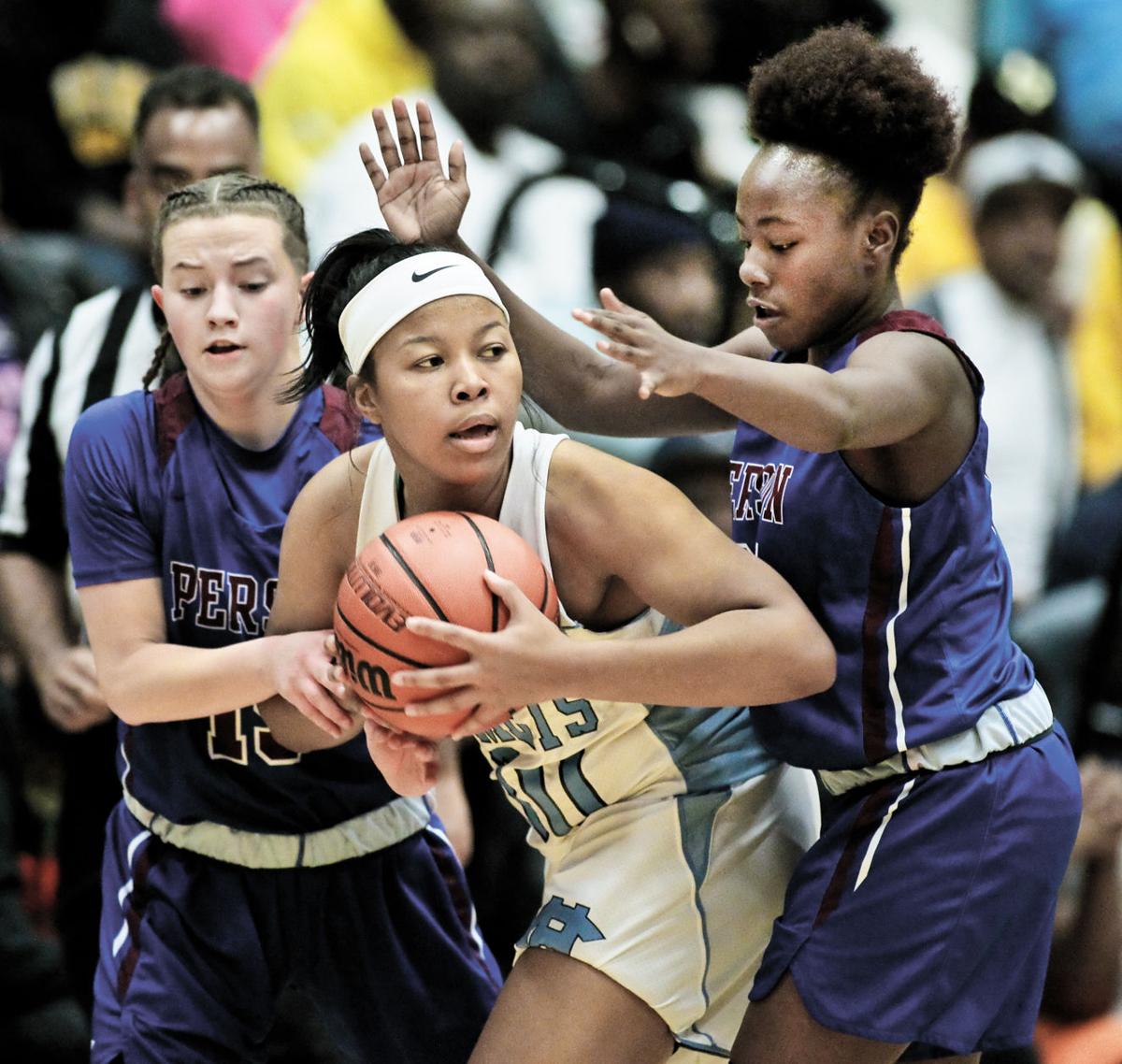 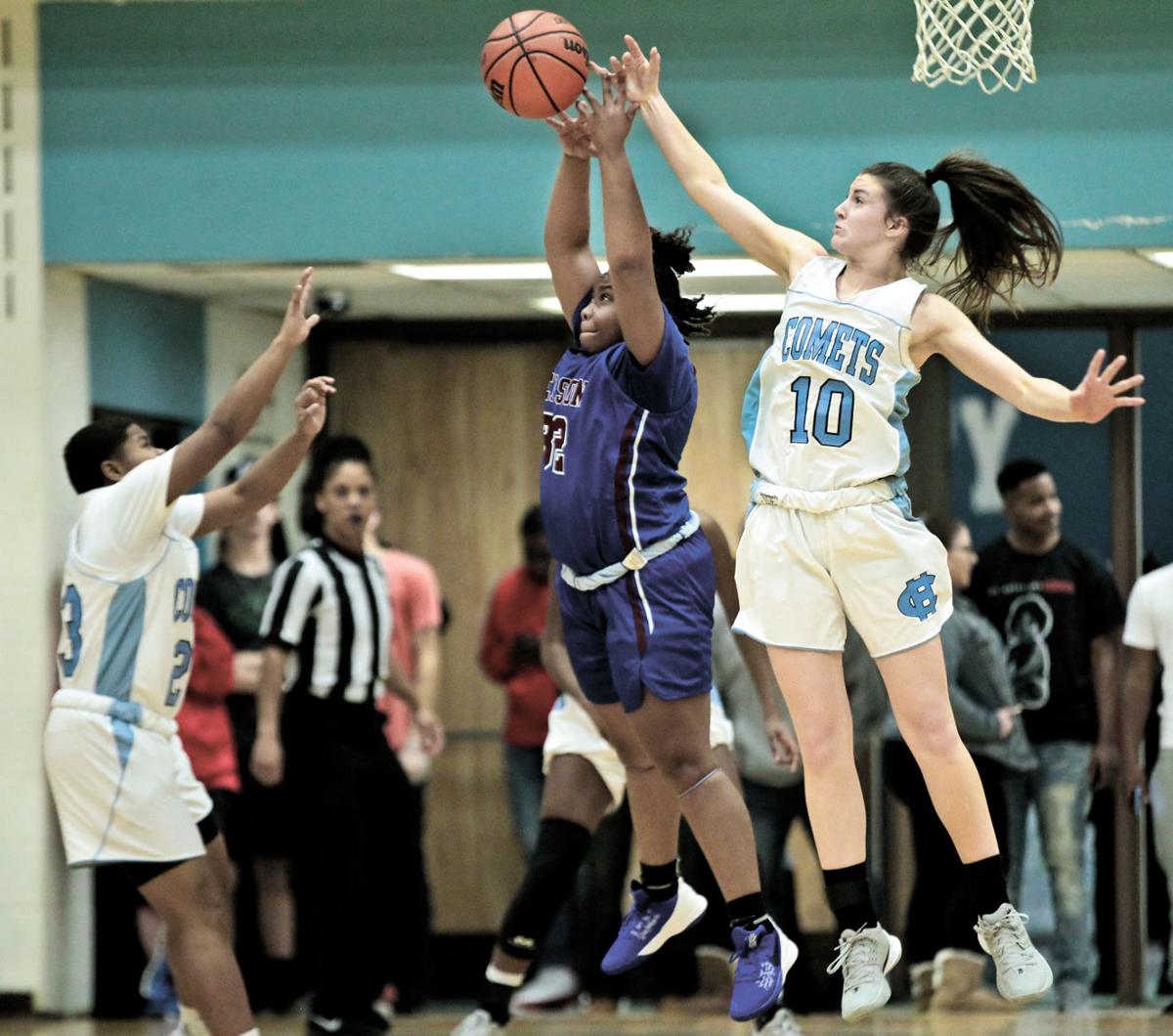 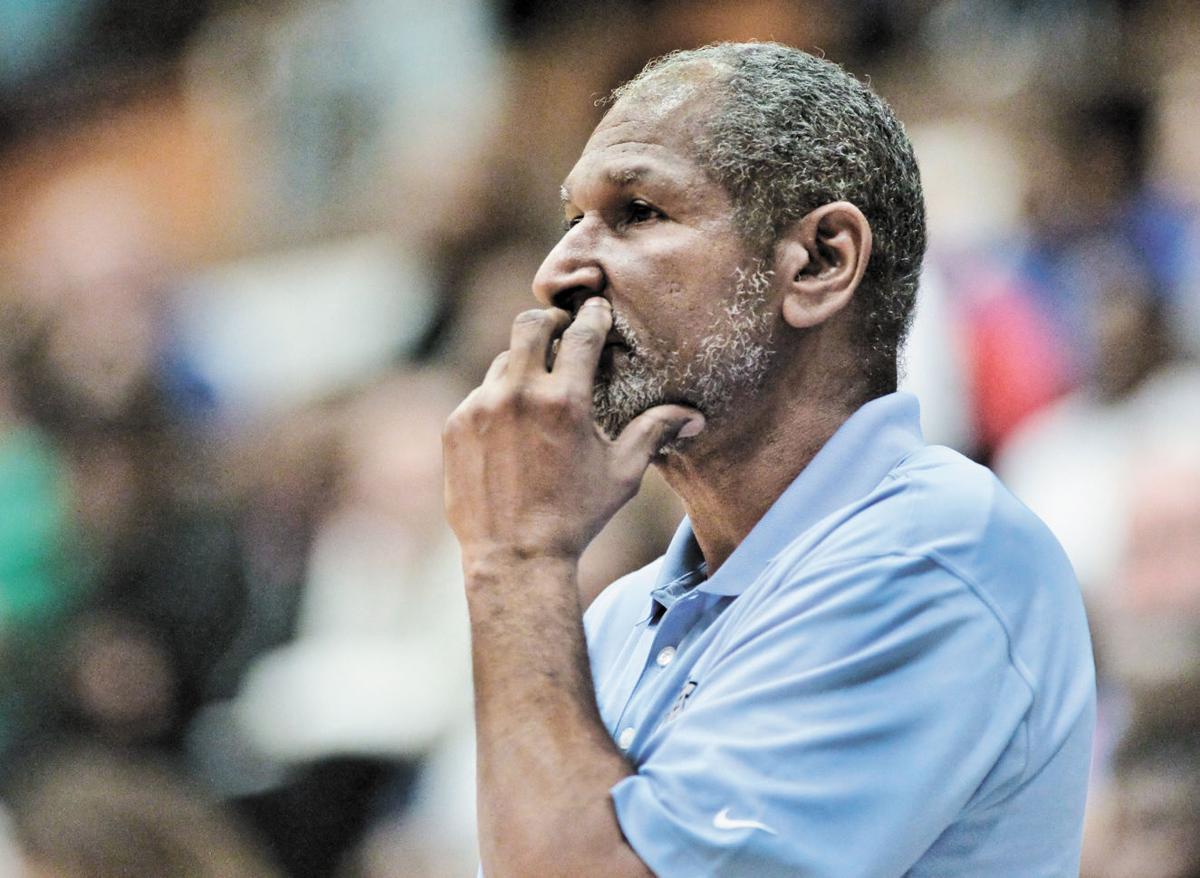 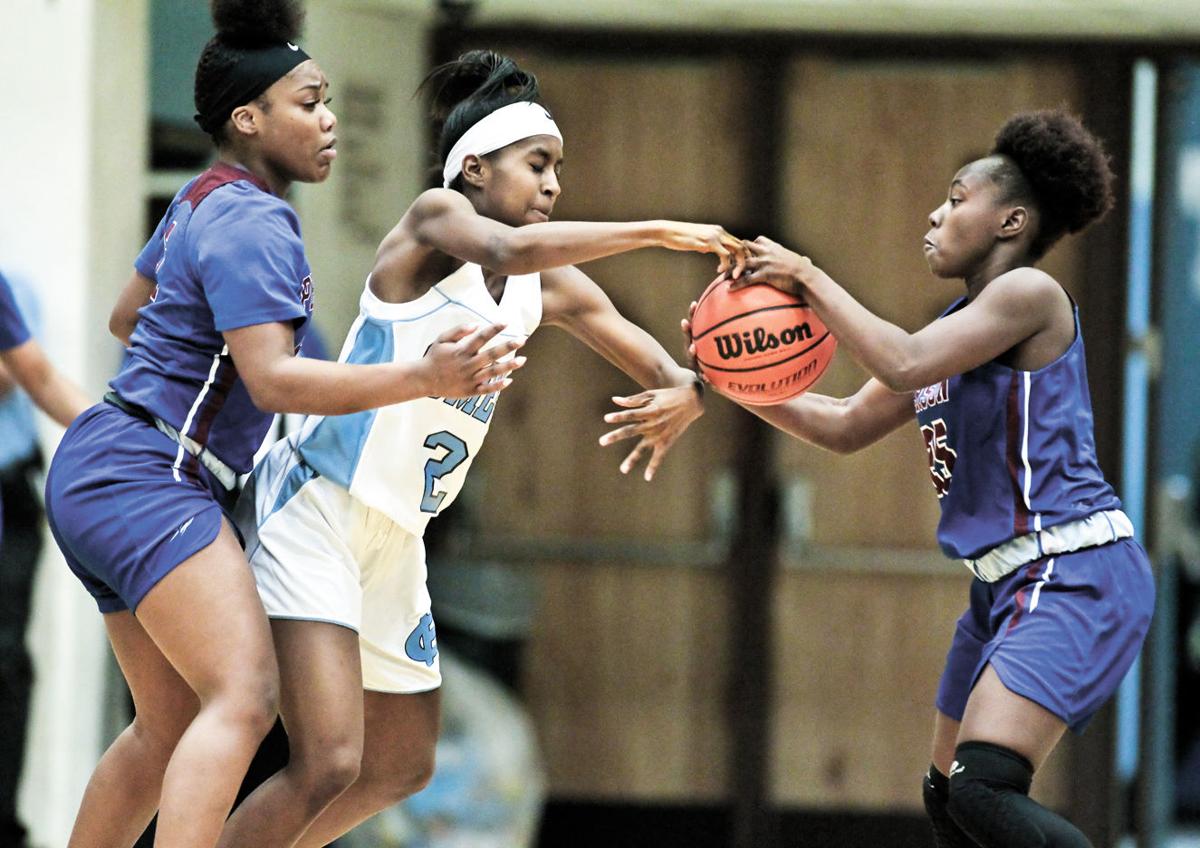 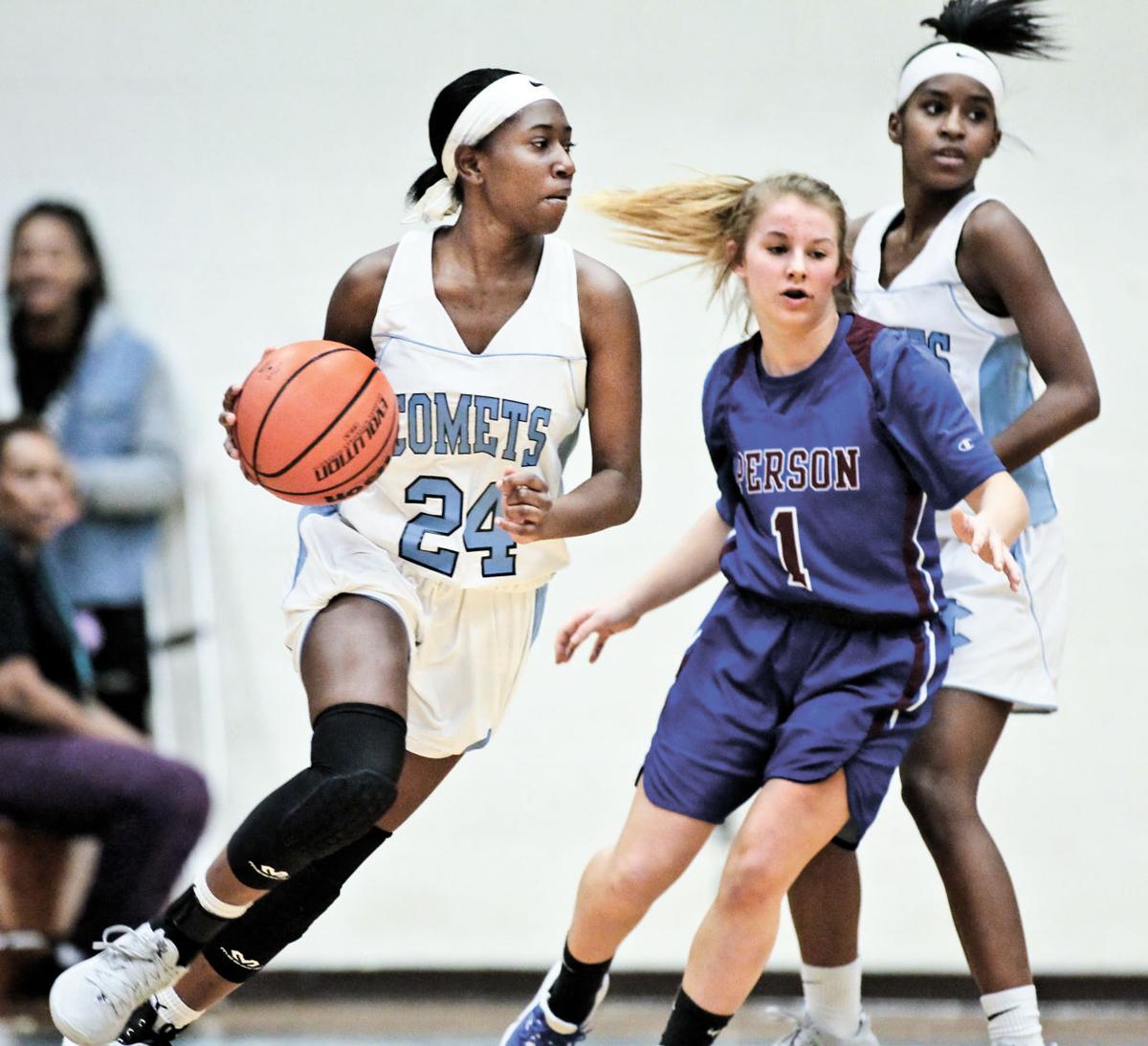 Saturday night’s loss was the first loss of the season for the Comets who fell to 8-1 overall and 1-0 in Piedmont District play.

“I’m glad we played in the championship game and had a chance to win,” remarked Comets head coach David Graham.

“The outcome went down to the last two or three seconds. I’m very proud of the girls for the way they played, in the fact they didn’t give up. The girls played hard, and I think they can learn from this. Hopefully, if we are in this position again in a another game we can come out ahead.”

Dee Dee Jeffress, who surpassed the 1,000-point career scoring mark in Friday night’s tournament opener against Gretna High School, led the Comets in scoring with 16 points. Ella Morrison followed with nine points, and Kayla Townes and Shamya Hankins chipped in five points each, Demeisha Canada scored four points before being injured in the second half and having to remain on the sidelines the rest of the game. Lynia Reed scored three points.

This game was a markedly different game than any game the Comets have played this season. Halifax County High School played solid defense and rebounded well, but failed on numerous occasions to score on fast-break transitions and short shots in the paint underneath the basket.

“We didn’t convert on offense. We didn’t get points on fast-break opportunities, and got no points underneath (the basket). We didn’t shoot free throws well. We just didn’t convert enough baskets. We got some great offensive rebounds, and then couldn’t put the ball in the hole.”

Despite the foul trouble, the Comets rallied from a five-point deficit they faced at halftime with a 10-0 run during the first three minutes of the third quarter that included five points from Hankins, a three-point play from Jeffress that kicked off the rally, and a basket from Canada. That run put the Comets up 23-18. A layup by Townes after a steal from Jeffress put the Comets up 31-22 with 1:38 left in the third quarter.

Halifax County High School led by seven points at 35-28 after a pair of free throws from Jeffress with 5:20 left in the game. Eleven unanswered points by the Rockets capped by a layup by Nydriya Marner gave them a 38-35 edge with 1:36 left.

The Comets fought back to deadlock the game at 39-39 with Reed scoring on an offensive rebound. Two free throws from Morrison put the Comets up 41-39 with 48.7 seconds left, but the Rockets rallied to tie the game on a basket by Alexzia Thompson with 40.6 seconds remaining.

Person High School got a key basket from Madison Dunkley with 18.5 seconds left in the contest to take the lead, and Dunkley added a free throw with 8.1 seconds left to put the Rockets up 44-41.

The Comets had an opportunity to tie the game, but, as had been the case many times during the game, were unable to convert.

“You let a team stay in the game and it gets tough,” Graham pointed out.

“The game was a tossup for the last two minutes, and either team could have won. We took the lead by nine points in the third quarter, and then we went cold.”